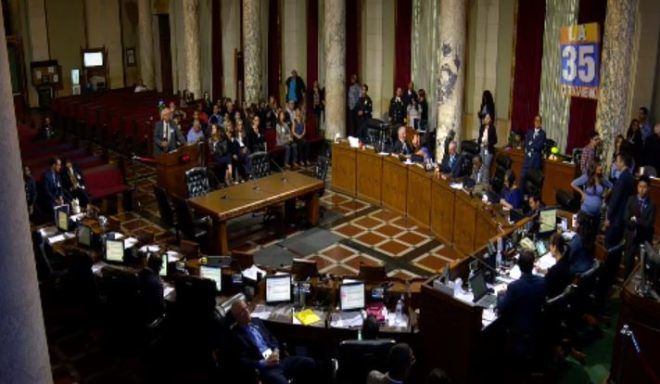 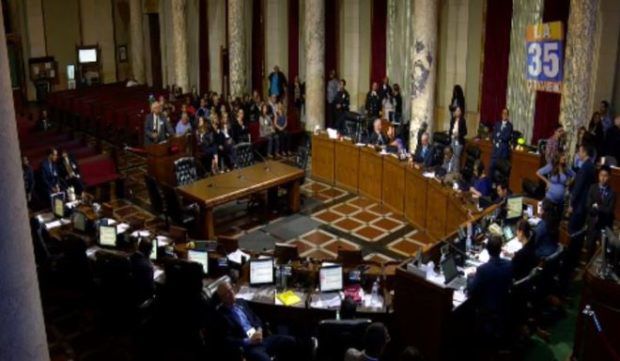 FBI agents descended on the City Hall offices of  14th District Councilman Jose Huizar  this morning as the agency executed a search warrant, according to the L.A. Times.

FBI spokeswoman Laura Eimiller said she could not comment on the nature of the investigation since the search warrant and its details have been sealed by a court.

“No arrests are planned,” she said in an email. “The FBI is also executing additional warrants in and around Los Angeles County, but they are also under seal so we cannot comment further.”

Huizar’s attorney, Stephen J. Kaufman, said that “we are assessing the situation and have no further comment at this time.”

The warrants are being served after Huizar was  been hit by two separate lawsuits from former employees.

Last month, former council aide Mayra Alvarez claimed, among other things, that she was demoted and penalized for taking maternity and disability leave. Her lawsuit alleged that Huizar’s mistress received favorable treatment when it came to assignments.

The second lawsuit filed last week by former manager Pauline Medina alleged that staffers were asked to perform many personal tasks for Huizar, including picking up his children from school and moving his wife’s car to avoid getting a street-sweeping ticket.

Huizar has denied all the allegations, saying the lawsuits were politically motivated and filed by disgruntled employees.

The FBI investigation comes as Huizar’s wife, Richelle, has launched her campaign to succeed her husband when he is termed out of office in 2020.