Get Ready to Vote: Here's your chance to have a…

All Signs Point to Homes in Mt Washington, Echo…

Courtesy of the Bureau of Engineering 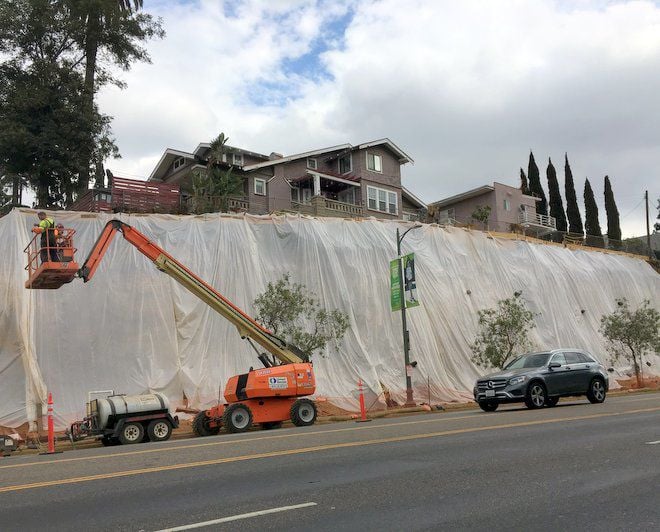 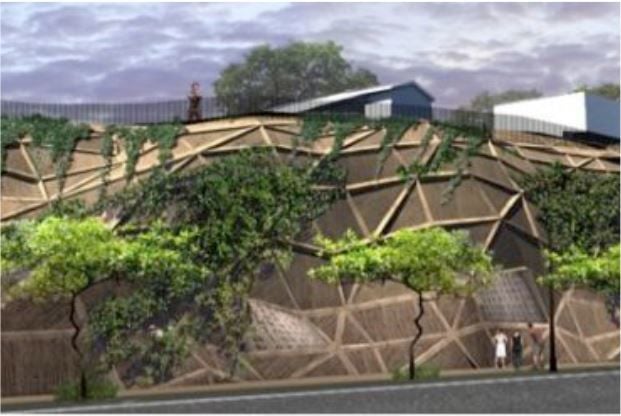 Courtesy of the Bureau of Engineering

Rendering of the future retaining wall | L.A. Bureau of Engineering

Plans to build towering retaining walls along Sunset Boulevard on the border of Echo Park and Silver Lake are becoming more concrete – literally.

The city is putting up the approximately 200-foot-long concrete walls along Sunset between Coronado Terrace and Waterloo Street to stabilize sandstone slopes that have been a problem for more than a hundred years.

“The project will stabilize the slope by constructing a

,” said Mary Nemick, from the city’s Bureau of Engineering. She was referring to a technique in which thin reinforcing elements – rebar, for example – are inserted into a slope to keep it stable.

“The wall is an architecturally designed shotcrete wall with alternating hatching and vine pockets at the top.” “Shotcrete” is concrete sprayed out of a hose.

All this is necessary because, back in the late 1880s, a grading contractor named E.C. Burlingame did a really lousy job cutting a channel through the hills. He made the cuts very steep – a technique that, according to the American Railway Engineers Handbook of 1901, works only “in hard rock that will not disintegrate by exposure.”

Sandstone doesn’t exactly qualify. So the slopes have been periodically crumbling and partially collapsing ever since — especially after heavy or not so heavy rains.

The new walls will be about 35 feet high, Nemick said. Work is underway now, and is scheduled to finish by July 2019.