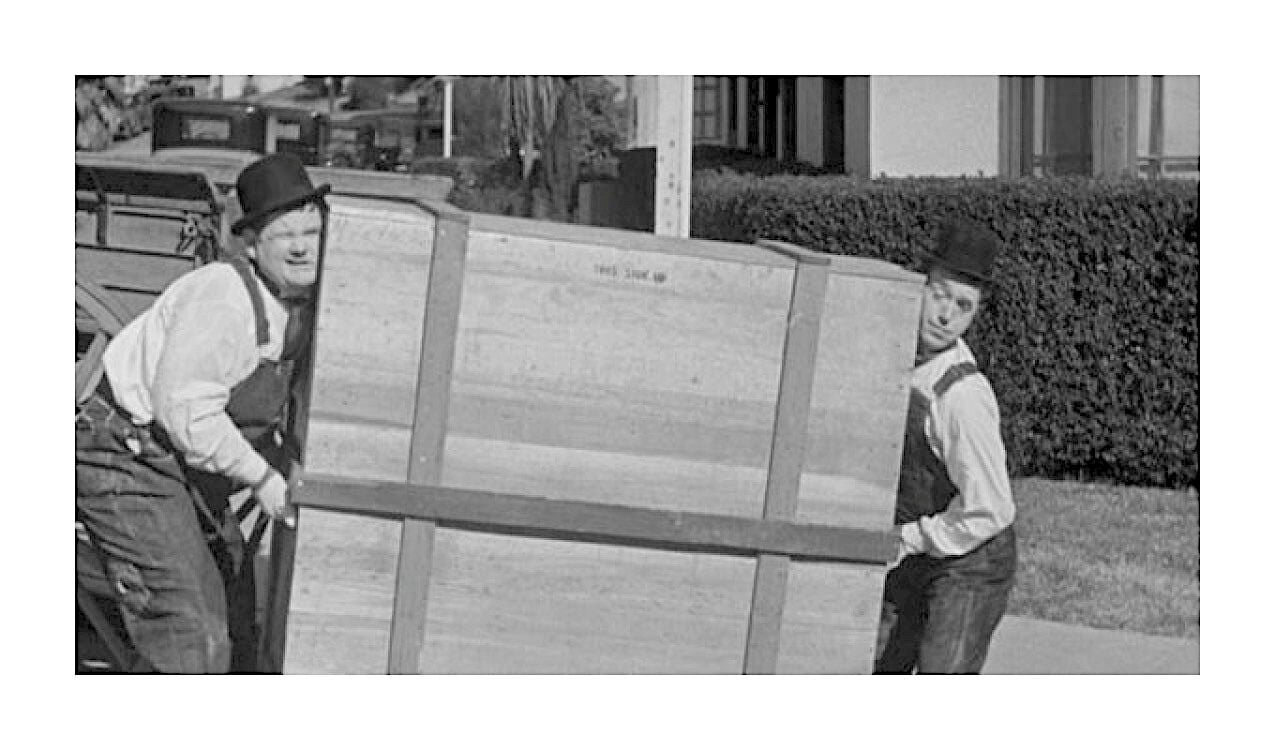 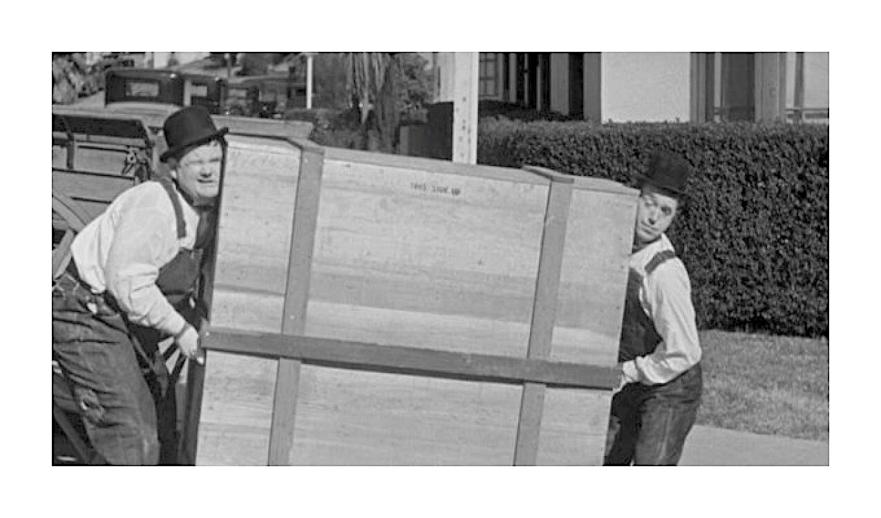 You can’t keep a classic comedy team, or its legion of fans, down!

The pandemic may have prevented an outdoor celebration of the 26th annual Music Box Steps Day family festival, but not an online version, which with just as much enthusiasm will honor Laurel & Hardy and the famed 133 stairs on Vendome Street in Silver Lake where Stan & Ollie filmed their 1932 Oscar winning short, The Music Box.

On Saturday, October 24, 2020, from 2 - 4 pm, a virtual Music Box Steps Day will be broadcast worldwide on SLIA’s web site (silverlakeimprovementassociation.org) and its Facebook page (facebook.com/musicboxstepsday).

If you miss the inaugural, the video will still be online for the viewing time of your choice -- and either way, it’s free! The presentation was produced by the Silver Lake Improvement Association (SLIA) and actor/entertainer Edward E. Bell, and will feature a special screening of the recently restored version of the ever-hilarious, 29-minute-long The Music Box, in which the bungling duo valiantly attempt to deliver a player piano to a home atop a steep hill.

Other attractions include a reprise of last year’s on-site filmed recreation of the legendary comedy. Emmy-winning actor and film historian Stan Taffel will provide background information about. The Music Box and the endless staircase where several other early comedies (and more recent films) also were shot.

And a special highlight, one you won’t Page 2 of 2 want to miss, is a video recording of Dick Van Dyke’s appearance at a recent Music Box Steps Day, when the movie, television and stage superstar -- after bounding up and down all 133 steps, at 91 -- paid his respects to his friend and mentor, Stan Laurel.

The Music Box Steps are featured in tourist books, film buffs from around the world have flocked to see (and set foot on) them, and members of the Sons of the Desert (Laurel & Hardy’s international fan club) make regular pilgrimages to the site—and to Music Box Steps Day.

The festival has attracted fans from as far away as England, Ireland, the Netherlands, and Germany—some coming all the way just for this event.

One advantage this year is that more people than ever, from close by and across the globe, can enjoy Music Box Steps Day from the comfort, and safety, of their own homes!

Morning clouds followed by afternoon sun. Highs in the low 70s and lows in the upper 50s.