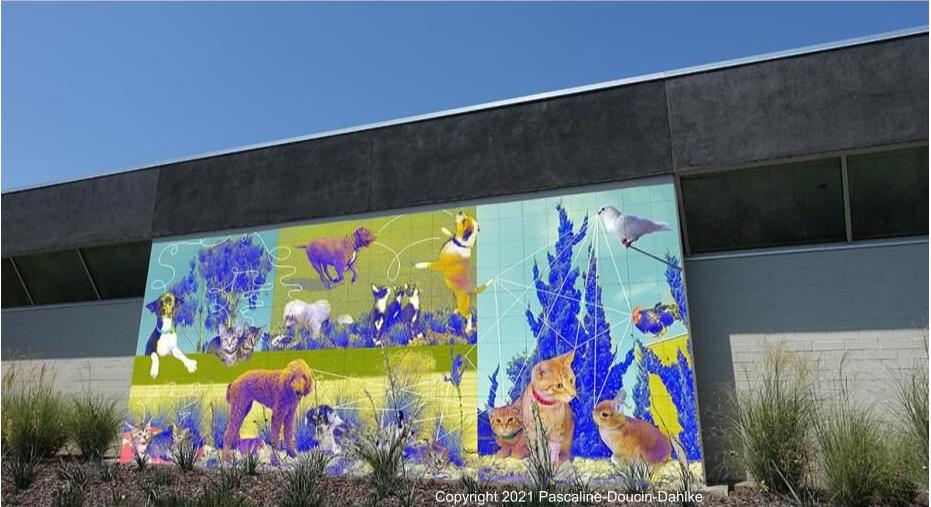 Rendering of the approved mural for the North Central Animal Shelter. 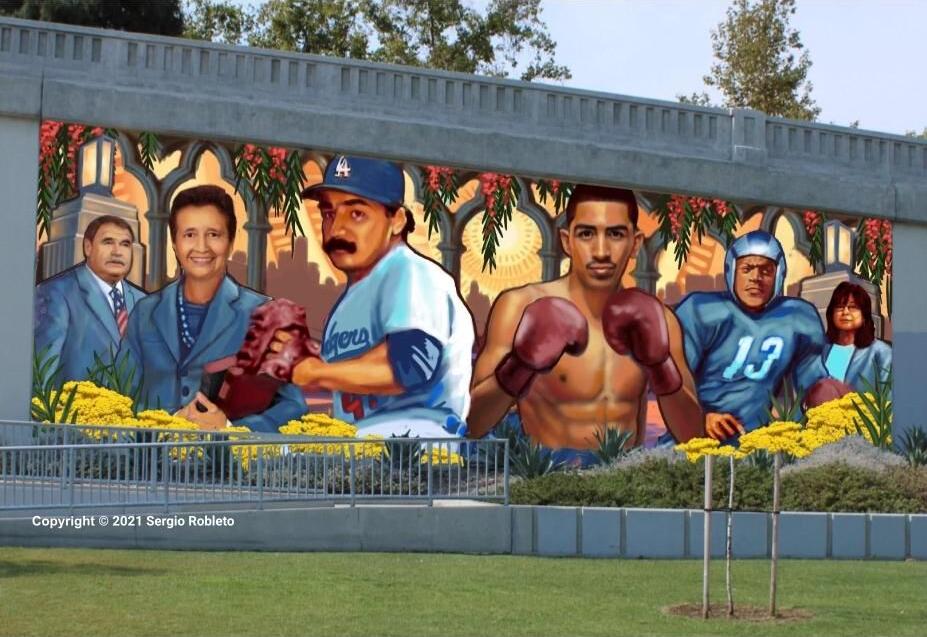 Rendering of the approved mural for Spring Street Bridge by Albion Riverside Park.

L.A.’s Cultural Affairs Commission has approved the murals - one for North Central Animal Shelter on Lacy Street, and one for the Spring Street Bridge near Albion Riverside Park.

For the animal shelter, artist Pascaline Doucin-Dahlke designed “Animal Conversations,” based on visits she made - and pictures she took - at three animal shelters: North Central, Chesterfield Square and the West Los Angeles. The mural that resulted is “...four vignettes where all the animals taken in photos inside the three shelters are free, playing, and having surreal conversation with each other,” Doucin-Dahlke said.

The animals are also connected - even across separate vignettes - by lines and squiggles, which represent conversations between the animals, Doucin-Dahlke told The Eastsider.

"When there is a conversation between several animals, then there are several zigzag lines which represent fun energy triggered by the discussion," she said. "The organic lines represent more playful lines, similar to when you are thinking about something fun, a pleasant thought or action."

The mural is also supposed to look like a window into the building, she said. The idea is to attract people to the building, then draw them inside, where they can adopt an animal.

The project costs $50,000, paid through the Public Works Improvements Arts Program, as part of the animal shelter’s recent renovation.

For Albion Riverside Park, Sergio Robleto - a muralist and high school teacher - has designed - “Champions of Adversity,” with significant individuals from local history, frames by natives plant life. The artwork will be placed on a portion of the recently widened Spring Street Bridge that faces the new park.

From left to right, the portraits are:

Robleto said he settled on these particular historical figures after conferring with a local historian.

“The main goal for selecting these people was having a diverse representation of people from Lincoln Heights, while also finding individuals who are noted for their accomplishments in sports and efforts in regard to Civil Rights,” Robleto said. “Lastly I genuinely wanted people who faced difficulties and were able to overcome it.”

“Champions of Adversity” is being funded $25,000 by the Department of Public Works, Bureau of Engineering’s Bridge Improvement Program.