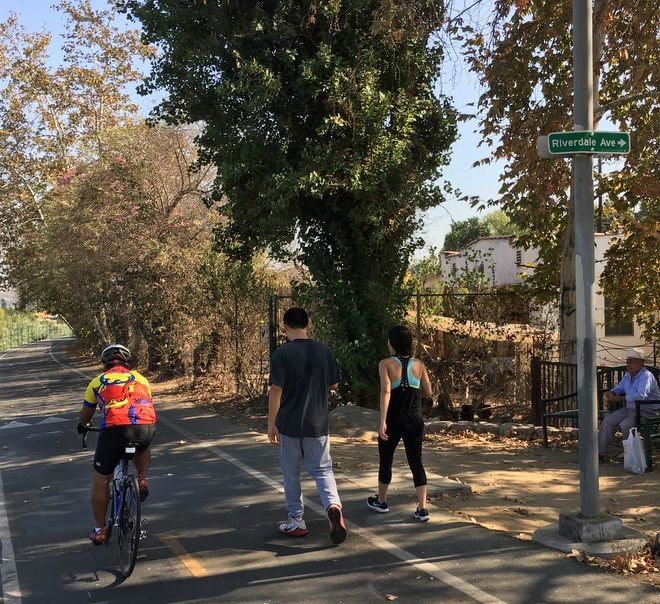 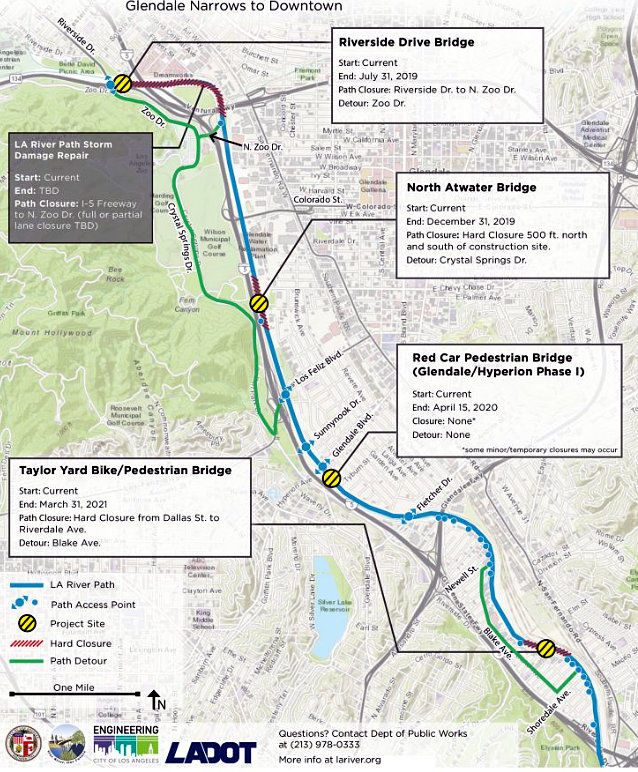 If you are planning to walk or bike the L.A. River Path anytime soon, prepare for numerous detours and road closures.

The building and repair of four bridges across the river means that portions of the path that run between Griffith Park on the north and Elysian Valley on the south have and will force occasional as well as long-term closure of parts of the path, according to the L.A. Department of Transportation (see map below for details).

Ironically, those bridges  are designed primarily to be used by pedestrians and cyclists (as well as equestrians) and will be off limits to motor vehicles. But, until they are finished, these spans will be creating problems for the walkers and cyclists the were designed for.

Bridge construction was also expected to interfere with kayaking this summer along the river through Elysian Valley.

There will be detours off the path to get around the closures. But transportation staff advise path users to watch out for "hard closures" that will force them to back track on the same path for quite a distance after hitting a roadblock.

The latest closure is related to the Taylor Yard Bike/Pedestrian Bridge that will link Elysian Valley and Cypress Park. That closure will force path users to take a detour on Blake Avenue. Construction is not expected to be completed until March 2021.

Meanwhile, the Red Car Pedestrian Bridge, which will cause only minor and temporary path closures, won't be finished until next April, according to LADOT.

Correction: A previous version of this story said some of the closures would not have detous. That's wrong. All do but the path will itself will remain open until just before the closure.