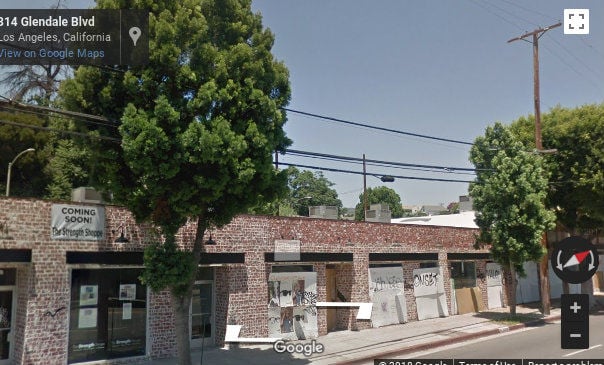 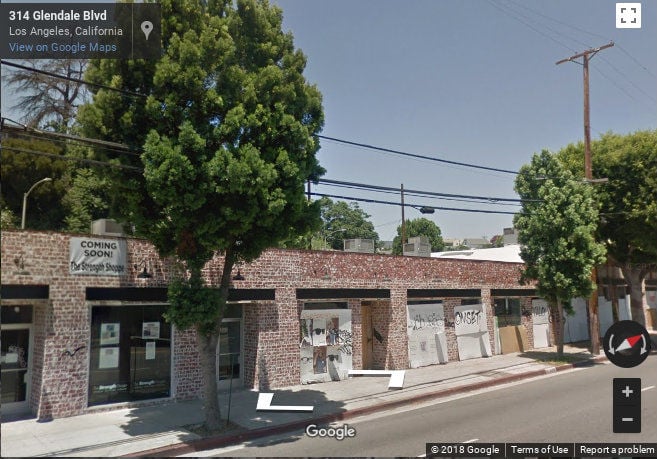 ECHO PARK — A block of brick storefronts now under renovation is poised to become a major dining destination for the once sleepy south end of the neighborhood.

The Ten Bells, a New York-based wine and tapas bar, and Gra Pizza, a “sourdough pizza concept” popular in Britain, have been added to the growing roster of tenants that will be moving into  Echo Park Village, according to leasing agent Daniel Firtel with Argent Retail Advisors.

The Eastsider has contacted The 10 Bells for more details. No information was available on Gra Pizza.

The two new tenants will join Clark Street Bread, Plancha Tacos, One Down Dog yoga and other tenants in the development, which consists of two buildings that occupy a triangular block on Glendale Boulevard south of Temple Street. After all the previous tenants moved out, the buildings have been gutted to reveal brick walls and wood ceiling beams.

Echo Park Village is taking shape as the south section of Echo Park below the 101 Freeway has attracted more interest from developers as well as investors.

Several new large residential projects are in the works for Temple Street as well as Glendale Boulevard. Meanwhile,  some existing buildings, like those at Echo Park Village, have or are being renovated in preparation for new tenants.