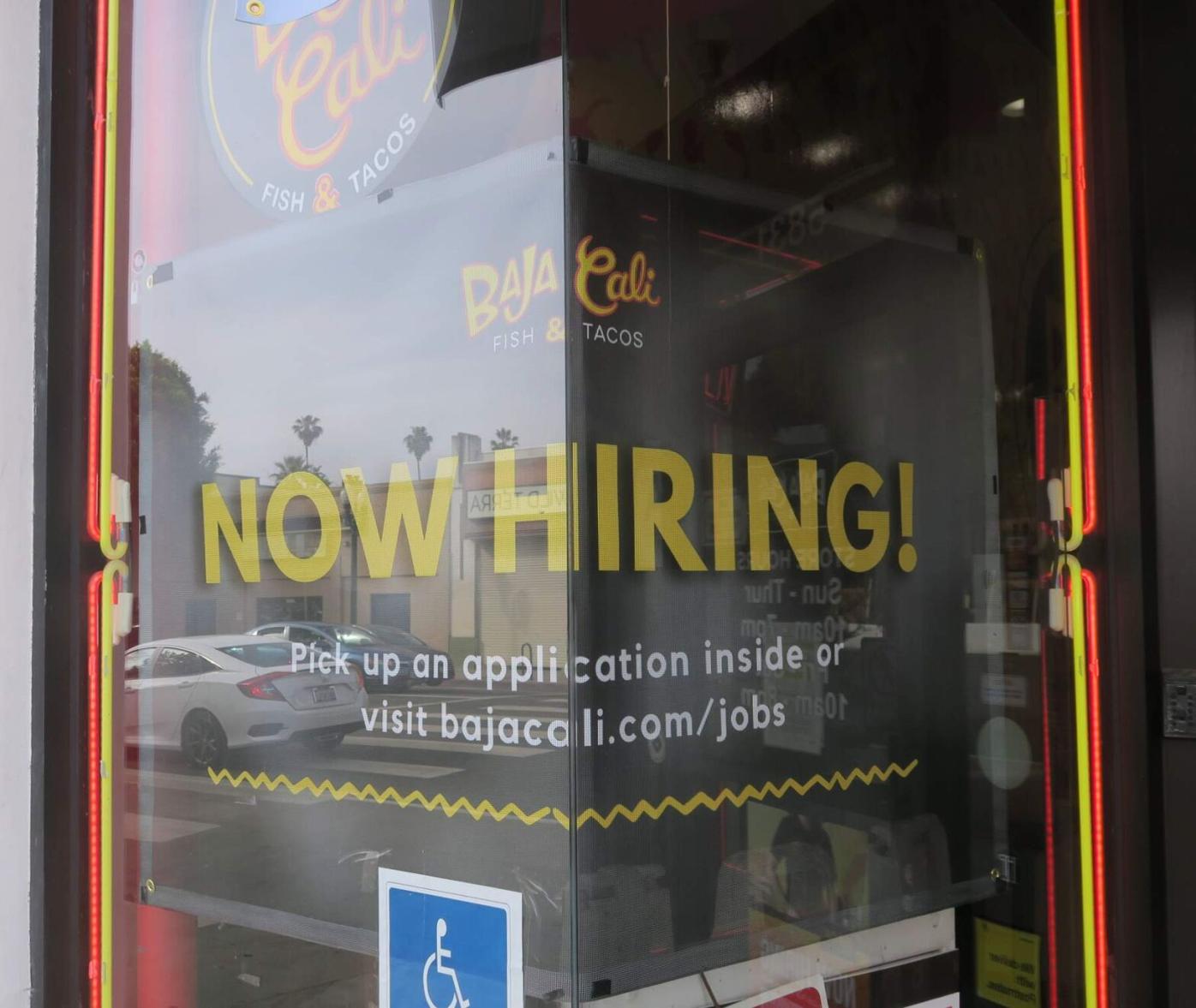 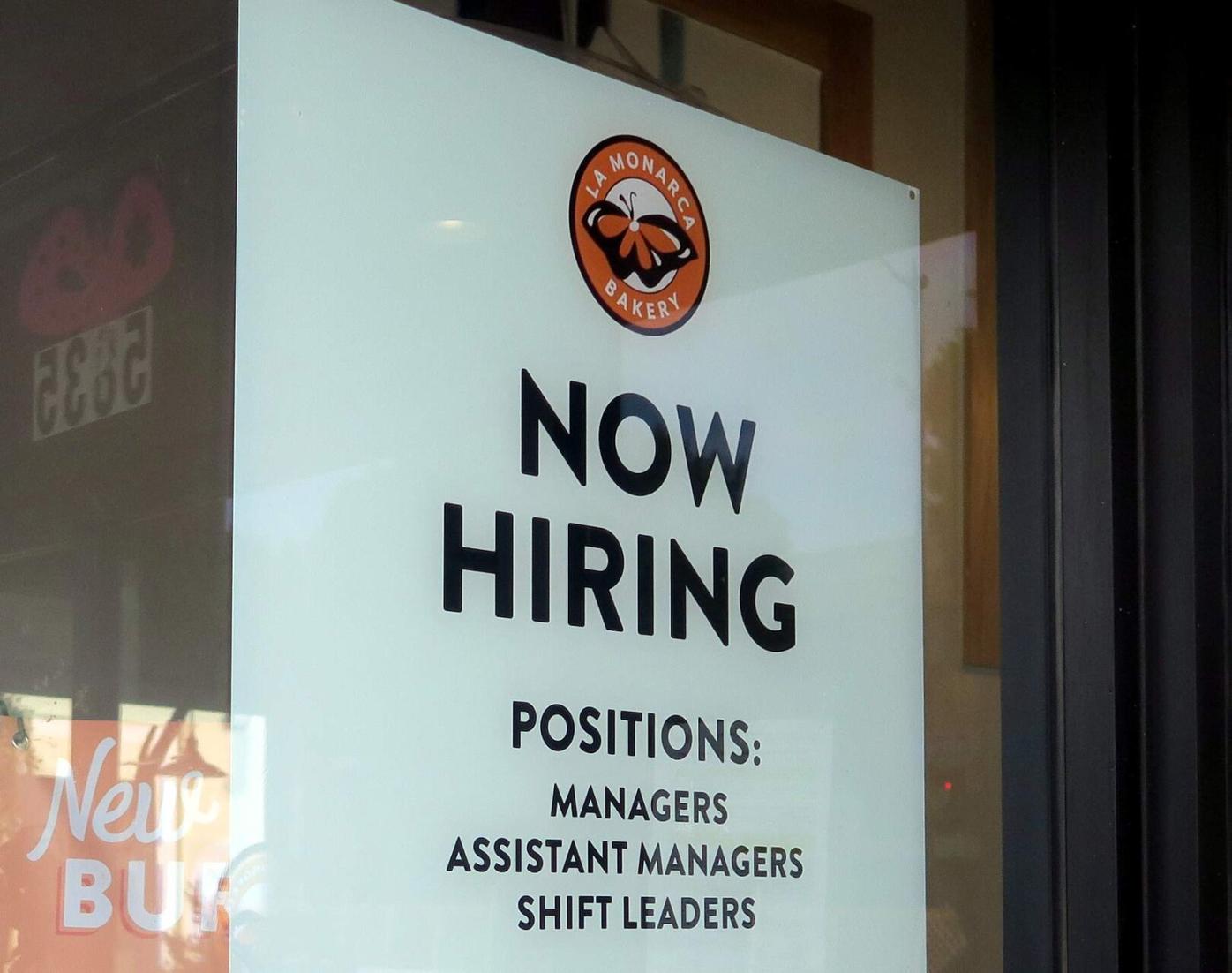 Barbara Monderine, owner of Village Bakery in Atwater Village, wanted to resume serving customers indoors as well as outdoors as pandemic restrictions were lifted. But there was a problem.

Just like restaurant owners everywhere, Monderine  discovered that it was extremely hard to find employees to fill those empty slots as the economy reopens.

It used to be easy, she said. But this time around, The Village Bakery job postings on Craiglist and the Indeed website attracted little interest. She posted on social media and asked her existing employees and customers to help recruit new staff. Finally, she recently found enough workers to start serving outdoors and plans to resume limited indoor service soon.

2.5 million restaurants jobs were lost during the pandemic

Across the country, restaurants are hurting for workers. According to Restaurant Dive News, the food service industry lost a total of 2.5 million jobs in 2020 and only gained about 442,000 jobs back in the first quarter.

There’s a variety of reasons why waiters, dishwashers, cooks and more aren’t clamoring for their old jobs back. The San Francisco Chronicle reports that many restaurant workers have reevaluated the industry and think it’s just not worth the physical labor that the jobs typically demand. Plus, new COVID cleaning protocols, dealing with customers about wearing masks and working side-by-side in often cramped kitchens have sealed the deal.

Additionally, many former restaurant workers have explored and gotten training for different careers and/or focused on personal projects that may or may not have anything to do with food service.

Restaurants big and small are taking extra and unusual steps to fill job vacancies.  HomeState, which has restaurants in Highland Park, Los Feliz and other locations, recently held a job fair where applicants received a free taco in return for an in-person interview. "Eligible applicants will be offered a job on the spot," said the job fair announcement.

BokBok, a Mediterranean restaurant chain with an outlet in Eagle Rock, offered $200 signing bonuses for those who stay on the job for at least 90 days.

Meanwhile, in Echo Park, Lowboy and Bar Flores, which share a kitchen, offered $600 signing bonuses for cooks to fill positions that pay about $50,000 a year.

Many restaurant owners, like Tony Fanara of Palermo in Los Feliz, point to beefed up unemployment benefits which gives workers less incentive to put the apron back on. He used to employ up to 50 workers but recently, a bare bones staff of about 11 were waiting and serving customers in modified, smaller dining rooms.

Fanara is rolling up his sleeves to cook, serve and clean since his staff is doing double duties. A short day for him is 12-13 hours; a long day is 18-19 hours.

“In my 45 years in this business, this is the worst it has ever been,” he says. “You can put signs up, use word of mouth, but you can’t compete against the government. I would never start a restaurant right now. There is no profit in it.”

Steve Fortunado, founder of Fig House in Highland Park, agrees that people collecting unemployment is hampering a smooth return to dining out.

Justin Foronda is another restaurant owner who is also rolling up his sleeves as he tries to hire more help at his HiFi Kitchen in Historic Filipinotown. He says he was lucky to keep everyone on staff throughout the pandemic.

But he’s been trying to hire a new employee for more than a month now. Ideally, he’d like to bring in two or three new workers, but would be happy to find at least one to replace the employee who just put in his two weeks’ notice.

Finding restaurant staff has always been a challenge

Gabriel Huerta, owner of La Concina Express in East Los Angeles, points out that catering and restaurant jobs on the Westside usually offers better tips and sometimes pay above minimum wage. Huerta says they were fortunate that they didn't have to let anyone go during the pandemic. However, his team of 10 could still use the help of a few more players to run "perfectly."

"We've I've been lucky and I've been able to find some really good employees in the past few months and weeks, but I'm still short-staffed, you know, at least by three to four people," says Huerta.

I know several people who were servers in restaurants who lost their jobs early on in the pandemic. One is studying to be a car mechanic and has been offered jobs already, one is training to be an LVN, the other finally decided to go into web design. Two others moved out of state. None of them wanted to return to work in restaurants. They said the work was hard physically with bad pay and, except for one person, no benefits. A few said they would prefer to be paid more an hour than work for tips. All of them said the extra unemployment was nice, but still not enough for them to live decently in LA. Three of those people share a two bedroom house with two others. All the barristas who'd been working at the independent coffee place for years didn't come back. The owner said with the reduced hours they couldn't make ends meet and opted for other things. My cousin worked as a waiter in an upscale restaurant in Glendale, was only give one day a week to serve take-out orders (never done before at that restaurant), and opted to move out of state to live with my aunt and uncle in Utah.

The crappy thing is that the cost of living in LA didn't go down at all since the pandemic. It actually went up in some ways. So, when people were losing their jobs, or their hours were cut, they had to find something else to do.