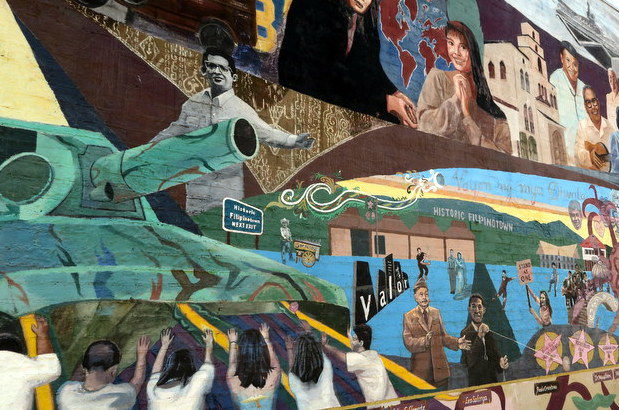 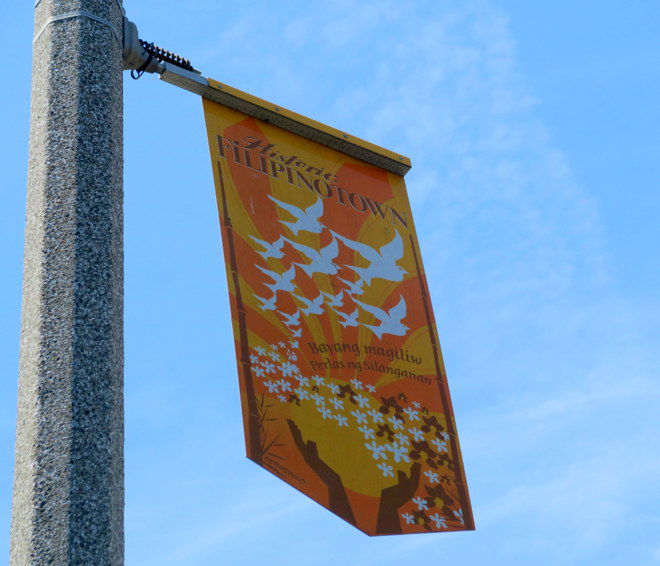 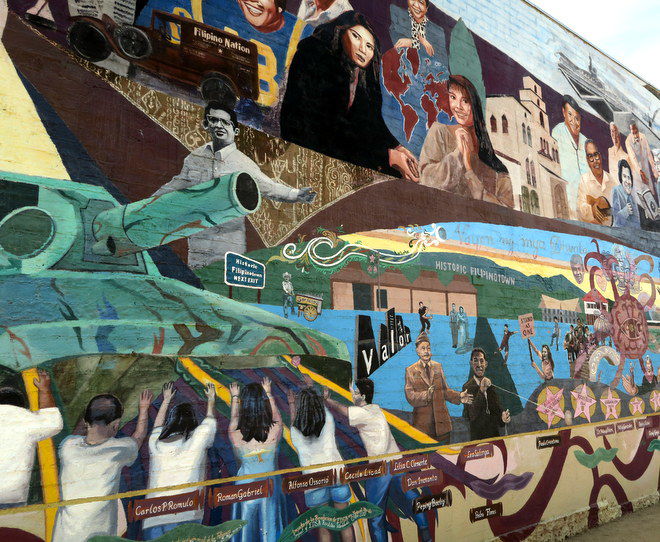 The mural at Unidad Park features Filipino and Filipino-American history

It’s been 16 years since the city formally recognized Historic Filipinotown as a neighborhood.  Blue-and-white neighborhood signs went up and  banners were strung  along Temple Street and Beverly Boulevard west of Downtown.

But in a neighborhood where Filipinos are a minority,  and new development and gentrification is bringing in newcomers, it’s been a struggle to maintain Historic Filipinotown as a symbol of Filipino-American culture and history. Case in point is the name of a large new Temple Street apartment complex that some say is seeking to re brand the neighborhood.

In response to such concerns is a series of events called  Love and Loss in Hi Fi. It’s part of the  Hidden Hi Fi project, which is intended to preserve and celebrate the neighborhood’s Filipino heritage.

“It’s not for us to create a cultural identity for the neighborhood,” said Reanne Estrada, Creative Director at Public Matters, a marketing firm devoted to social change, that joined with Pilipino Workers Center to form Hidden Hi Fi. “It’s for the people in the neighborhood. It’s for them to do that work. Our job is to be able to convene a forum for people to make meaning for themselves.”

Love and Loss in Hi Fi includes a neighborhood mixer,  the sharing of neighborhood memories and mementos,  presentations about tenant rights, a panel discussion about the role in placemaking  and a “backyard boogie” inspired by the neighborhood parties and gatherings that brought people together.

The collaboration of Public Matters and the PWC  has developed an archive of videos, audio interviews and photo-documentation of local life through the decades – videos from which can be found at “Mobile Hi Fi Immigrants’ Guide,” “PDUB Productions: How Did I Get Here?”, “PDUB Productions” and “PDUB Productions Student Guides.”

Despite efforts to generate neighborhood pride about its Filipino heritage, gentrification has proven a challenge for the area’s fledgling identity, as was recently noted in an article in Curbed L.A.

A fresher insult to neighborhood identity was recently delivered in the form of a new 200-unit apartment project on Temple Street. The development calls itself the Alexan South Echo – an apparent reference to Echo Park — instead of acknowledging Historic Filipinotown.

A press release for the Love and Loss reflected the frustration over the development’s name.

The development is “attempting to rebrand the community as ‘South Echo,’ said the release. “A blatant attempt to whitewash Hi Fi’s history, name, and cultural contributions to Los Angeles, this is emblematic of Hi Fi’s rapid gentrification.”