Coronary heart disease remained the number-one cause of death among Los Angeles County residents in 2017, but deaths from Alzheimer's disease rose dramatically over the past decade to become the second- leading cause, according to a report released today.

The report by the county Department of Public Health found that 11,211 residents died from coronary heart disease in 2017, accounting for 17.7% of all deaths -- and equating to a mortality rate of 102.9 deaths for every 100,000 residents.

The mortality rate for drug overdoses also posted worrisome rise, increasing 28% between 2008 and 2017. Unintentional drug overdose was the second leading cause of premature death in 2017 behind coronary heart disease.

"Mortality is one of the most important barometers of the health of our residents," county public health director Dr. Barbara Ferrer said in a statement. "These findings indicate clear areas of concern which require a collective response to the complex social conditions that contribute to the many health challenges we face as a county, especially for those residents experiencing the worst health outcomes." 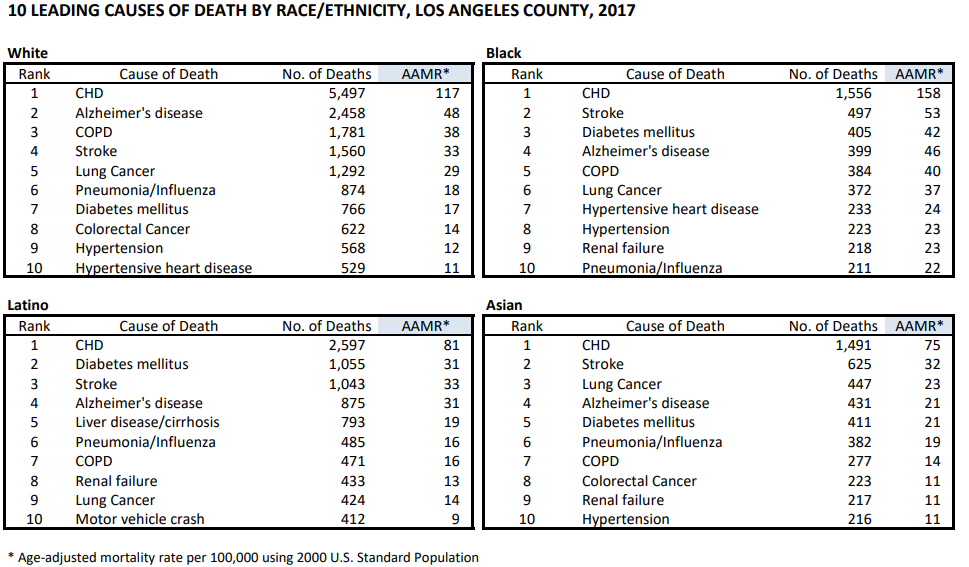 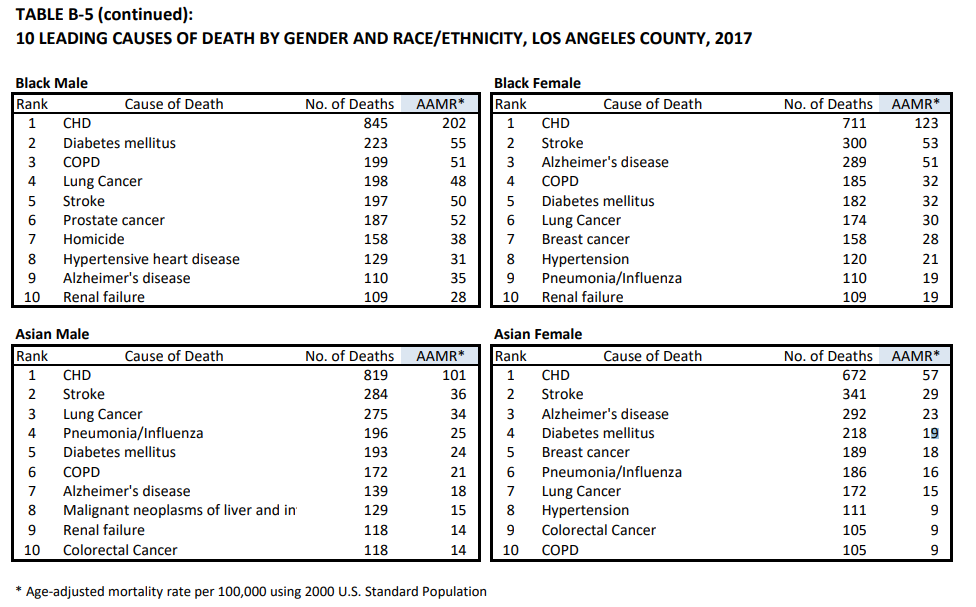 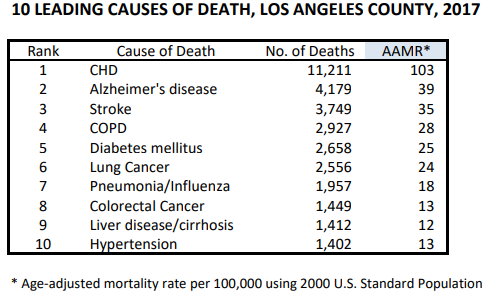 The leading causes of death in L.A. County

These charts and figures compiled by the  LA County Department of Public Health reflect death rates in 2017.

According to the report, heart disease was also the leading cause of premature death in the county, followed by drug overdoses, which county officials said have increased by 28% over the past decade.