Anais Nin and Rupert Pole, her partner of many years. The bird bath at the home of Kim Krizan and Chip Mosher. Kim Krizan in the Silver Lake home of Anais Nin. The artwork is by Varda, a collage artist. 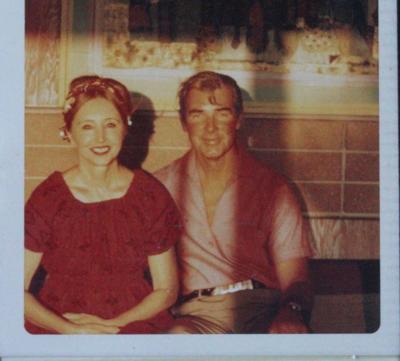 Mount Washington -- Writer and actress Kim Krizan became fascinated with Anais Nin in college and devoted her master’s thesis on the essayist known for her work in erotica.

Now, after conducting research in Nin’s Silver Lake hilltop home, Krizan has published a book on Nin, Spy the in the House of Anais Nin.

In a Q&A with The Eastsider, Krizan talks about what inspired to write about Nin and what she found during her research. Krizan also reveals a bit about her own life on Mount Washington, where she has lived with her husband since 2011.

What prompted you to take closer look at Nin's legacy and her role as a feminist?

I began reading Anais Nin’s childhood diary years ago when I was a college student. In a strange way it led to my writing the film “Before Sunrise” with director Richard Linklater, because he read my Master’s thesis on Nin and then asked me to co-write with him. It was interesting for me to read the perspective of a young Spanish girl who came to this country after her father had abandoned the family. She was unable to speak English at first, but over time she developed her voice and by the time she was in her sixties, which happened to be in the 1960s, the public came to believe that the private diary of a woman could be a thing of interest and value. But even though Nin was popular in the ‘60s and 1970s, I believe she was still before her time. I think that the world has now, finally, caught up with her.

Does your book challenge any widely held assumptions or views of her?

Yes. Nin was judged harshly for trying to free herself from societal rules. My book examines her life and her behavior with objectivity, but also with empathy. She did some wild things and her life was a grand experiment, but she was incredibly insightful and, in spite of the fact that she didn’t graduate from high school, she was stunningly intelligent. Her diary was a refuge for her, but outside of her diary she led a full life in which she was generous and very social.

What kind of research did you conduct at her Silver Lake home?

When Nin died, she left behind a mountain of papers — diaries, letters, business documents, photographs, medical records, millions of copies… I searched through thousands of papers, helping to get them organized.

There were letters that reveal new things about Nin and her relationship to the men in her life, to her editor, to her famous friends, including Henry Miller. There were files which acted as a sort of time capsule, revealing her interests over time. For example, she was keenly interested in civil rights and kept a file about it. My book details many of the things I learned. I felt like I was a spy, hence the title of the book.

Were you surprised by anything you found in your research?

I was amazed by a letter she wrote to Rupert Pole that really showed her true character. I was also amazed by a letter I found that Gore Vidal wrote to her in the 1940s. It gives a whole new perspective on him and contradicts things he said and wrote.

How did you end up living in Mount Washington?

My husband read about this cool neighborhood on the Eastside so we went on an expedition and ended up buying a fixer on a walk-street.

What are your favorite spots or things to do in the neighborhood or nearby?

We like our yard a lot, because I set up a birdbath and now we have hawks in it all the time. It’s peaceful and romantic. We walk down the hill to Rio de Los Angeles State Park regularly. We also like walking up around the Self-Realization Fellowship on San Rafael. We’ve bought honey from T & A Farms — they’re our neighbors. My husband really likes 1802 Roasters on Cypress Avenue. And every 4th of July we have people over to see the amazing Eastside firework show from our living room window.