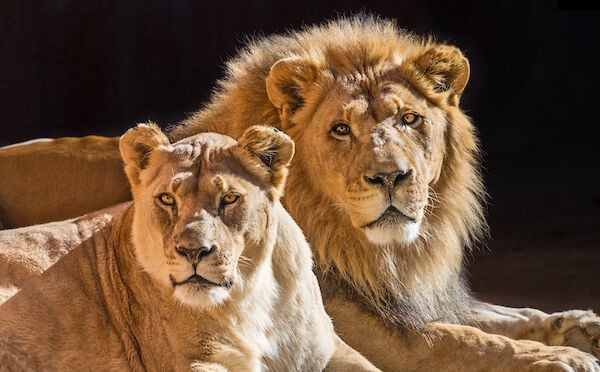 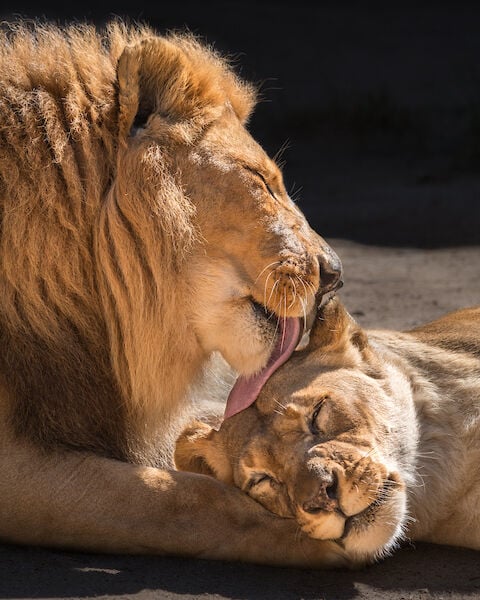 Griffith Park - Two 21-year-old lions, Hubert and Kalisa, were euthanized today at the Los Angeles Zoo due to their declining health and age-related illnesses.

"It is with a heavy heart that we announce the loss of our African lion pair,'' zoo officials stated on Twitter, adding that the decision to euthanize them was difficult.

Zoo officials said the lions quickly became favorites among guests and staff and were known for their "frequent cuddles." They came to Los Angeles in 2014 at age 17, considered "elderly" for lions.

"Hubert and Kalisa are an iconic part of the L.A. Zoo experience, and our staff and guests have been touched by their loyal companionship," CEO and Zoo Director Denise Verret said. "These lions will remain a positive part of our history, and they will be greatly missed."

According to a statement released by the zoo on its website, Hubert was born Feb. 7, 1999, at the Lincoln Park Zoo in Chicago and fathered 10 cubs over his lifetime. He met Kalisa, a female African lion born Dec. 26, 1998, at the Woodland Park Zoo.

"This is a very hard loss for our zoo community," said Alisa Behar, the zoo's curator of mammals. "In the early mornings, staff would routinely hear Hubert's waking roars, and I will personally miss hearing them on my walks around the grounds."

Zoo officials said the average life expectancy for African lions in the wild is mid-teens and about 17 years in zoos. The African lion is native to the savannas, woodlands and semiarid regions south of the Sahara Desert to South Africa.

very sad to hear. they were both so regal

The article said they were 17 when they were transferred to the zoo in August. So maybe their 18th birthday happened after the transfer, in which case, they'd be just shy of 21?

Their bdays are mentioned in the article. Hubert was 21.5 and Klarisa 21 and 7 months.