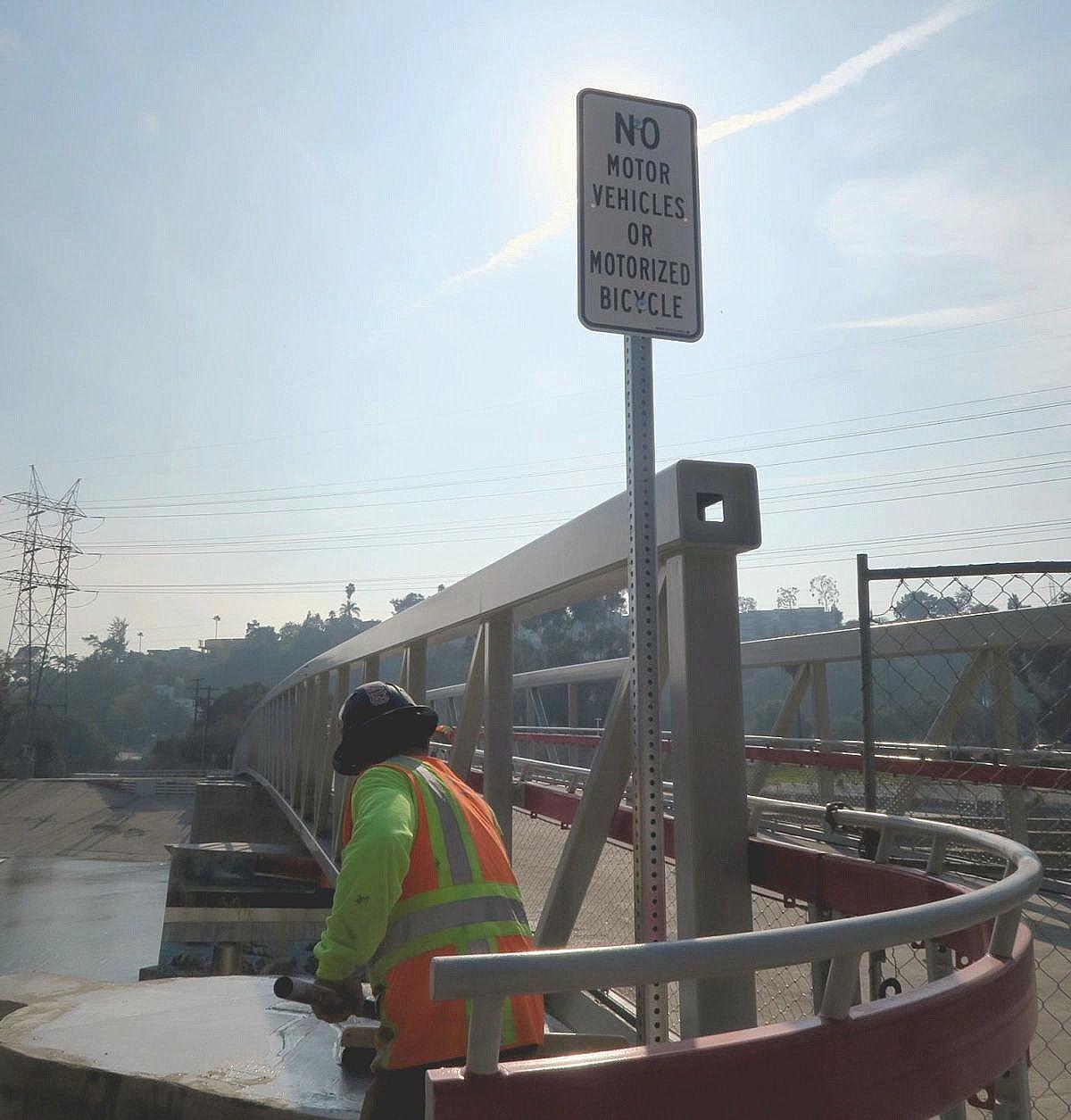 Cars won't be allowed on the Red Car Bridge 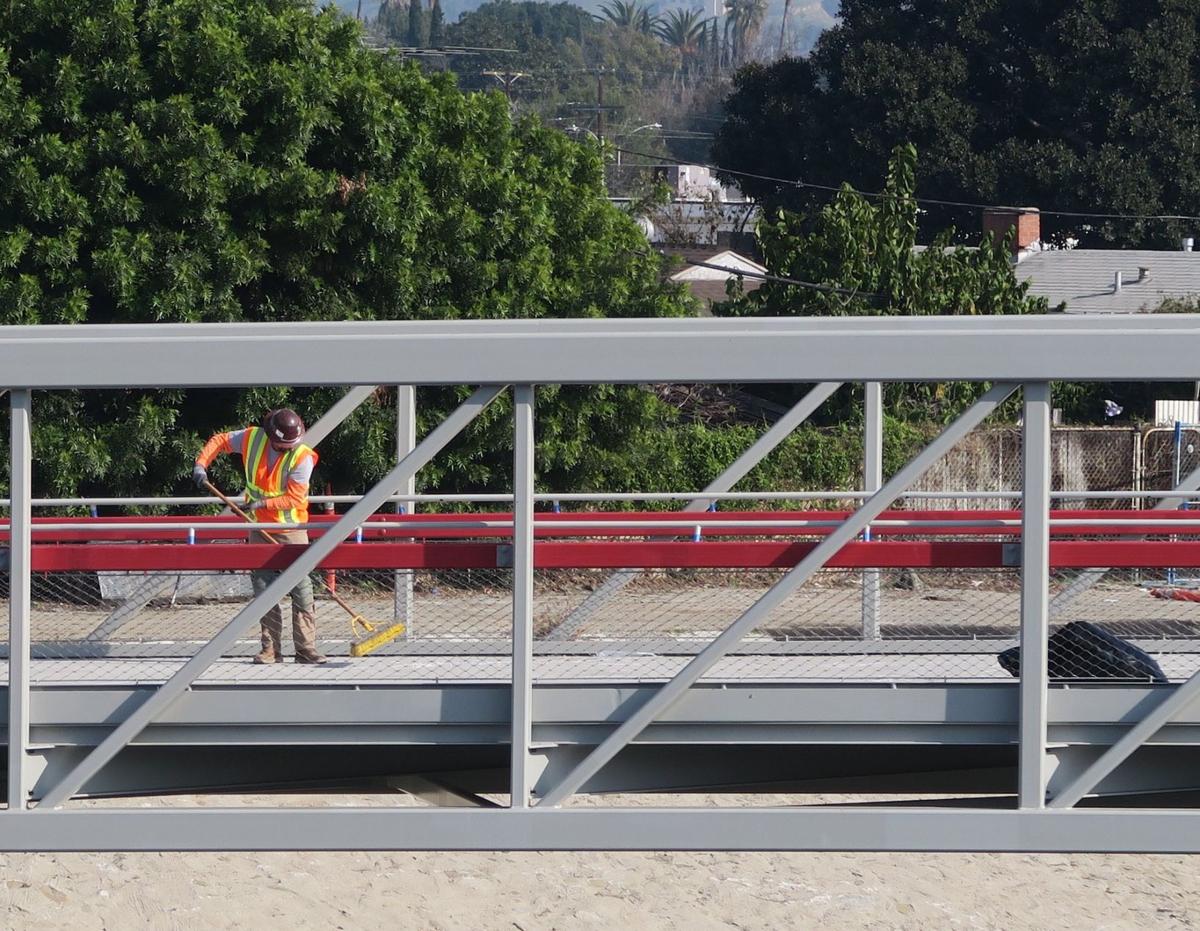 Worker sweeping up in the middle of the 400-foot-long span. 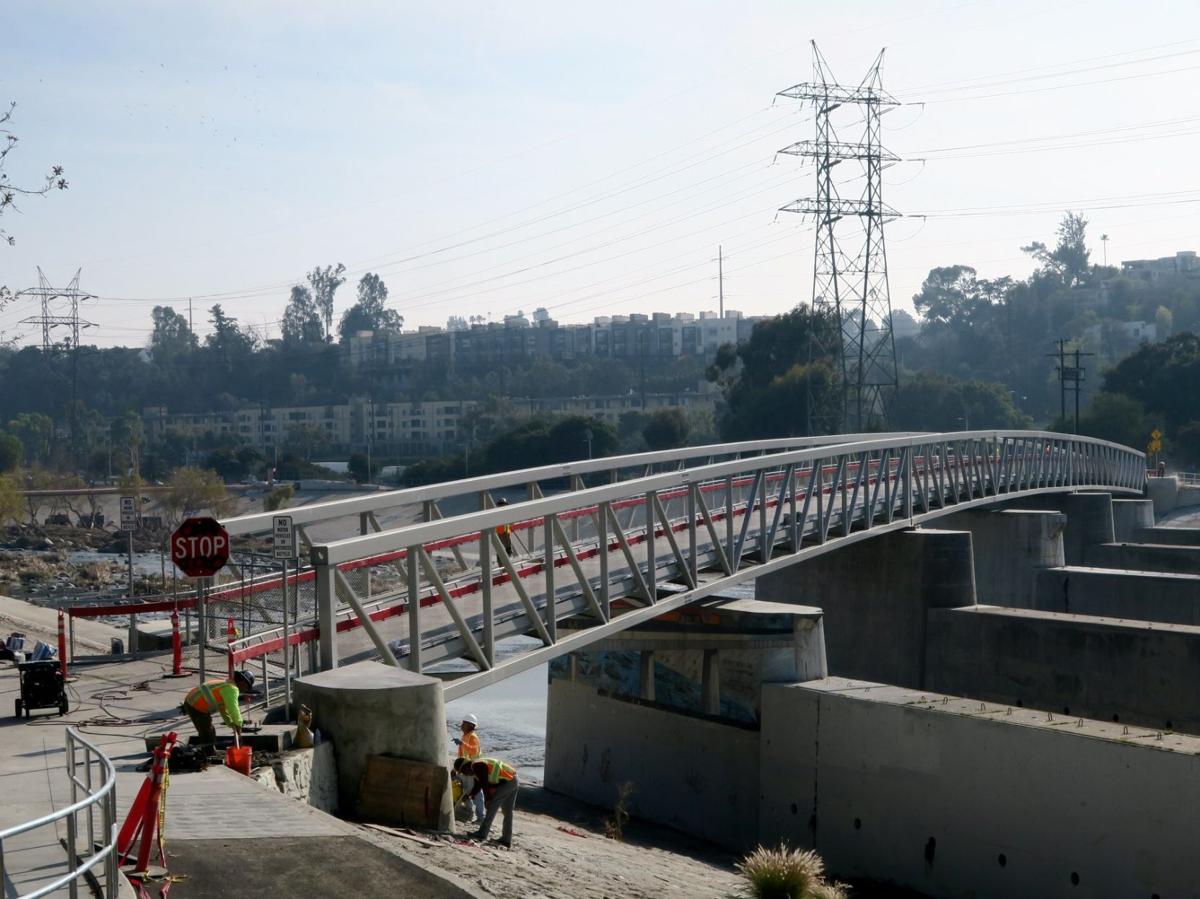 The new Red Car bridge sits on the concrete pylons that once supported the original street car span.

Atwater Village - The Red Car Pedestrian Bridge is scheduled to open with a ribbon-cutting ceremony on Jan. 25, according to a Facebook post from Councilmember Mitch O'Farrell.

"The Red Car Bridge will provide much needed accessibility for pedestrians and other non-motorized uses..., which is especially important as we embark on a three year seismic retrofit and historic restoration of the Glendale-Hyperion Complex of Bridges," the statement said.

The new $4 million span is called the Red Car Bridge because it's supported by five concrete towers or piers that once carried tracks for the legendary Red Car street cars. Located just downriver from the Glendale-Hyperion Bridge, the new bridge featuring a bright red streak painted on its sides crosses the water near the corner of Glendale Boulevard and Ferncroft Road.

The other part of the name - " Pedestrian Bridge" - indicates it's not for cars or trains, just bikes and pedestrians.

Two other pedestrian bridge projects are also under construction.

The North Atwater MultiModal Bridge - connecting Atwater Village with the western bank of Griffith Park - had been expected to open at the end of last year. O'Farrell's office now says it will come online in the coming weeks.

The North Atwater Bridge, indeed, seems near completion. The distinctive crooked tower has been in place since last summer, and the Bureau of Engineering posted a photo in October on Instagram showing a test of the bridge that involved riding across it on horses.

The other pedestrian bridge project is the Taylor Yard Bikeway & Pedestrian Bridge, which began construction last June (though reportedly in development since the early 1990s). It is expected the be completed in 2021.

Wouldn't that be the eastern bank of Griffith Park?

Or the western bank of the LA River. Do parks have banks? lol