All Signs Point to Homes in Silver Lake, Eagle … 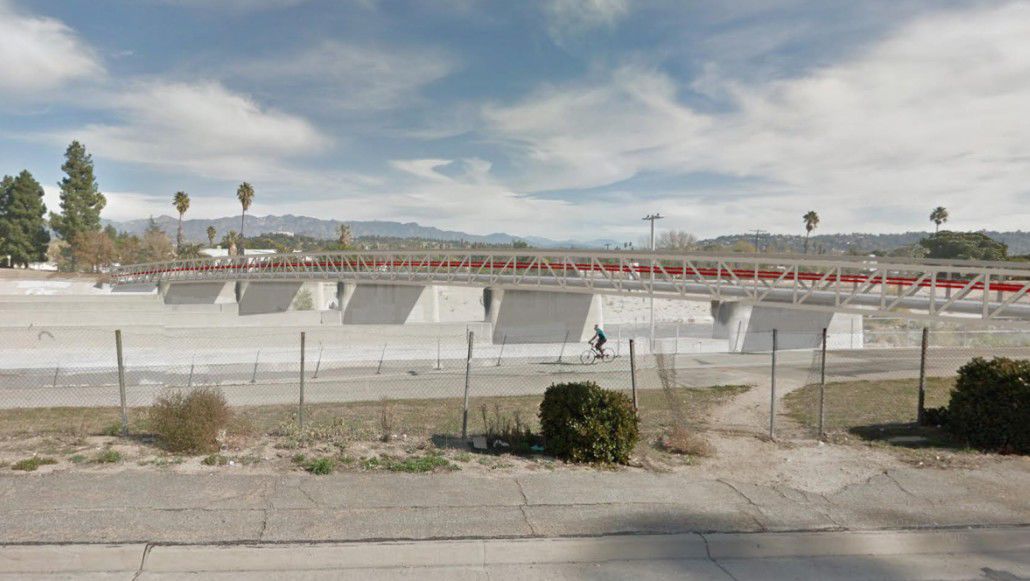 ATWATER VILLAGE - It has been more than sixty years since the legendary Red Car street cars rumbled over the L.A. River on a narrow bridge connecting Silver Lake and Atwater Village. Today, all that remains of that span are five concrete towers or piers that once supported the train tracks.

But those same piers will once again support a new Red Car bridge, this one for pedestrians and cyclists.

Officials and residents recently gathered to ring a vintage trolley bell to signal the start of construction of the $4 million project, which is located in the shadow of the landmark Glendale-Hyperion Bridge.

The idea of rebuilding the old trolley bridge had been around for years. But it was the need to strengthen the Glendale-Hyperion span against earthquakes that created momentum for the new Red Car Pedestrian Bridge.

Stay connected to your community by purchasing an Eastsider Reader Sponsorship

The 430-foot-long bridge will provide pedestrians and bicyclists passage over the river while the larger Glendale-Hyperion bridge undergoes and extensive retrofit and restoration scheduled to begin in 2020, officials said. The Red Car project, which is expected to take one year to complete, will also include the relocation of a mural depicting a Red Car that is currently displayed on the easternmost pier.

“This new amenity has been sixteen years in the making,” Councilmember Mitch O’Farrell said in a statement. “My number one transportation priority is pedestrian safety, and this project will allow more people to safely cross the Los Angeles River."

“We’re excited about the [Red Car] bridge, and we look forward to walking across in a years time,” said Netty Carr, Friends of Atwater Village, said in a statement.

All Signs Point to Homes in Silver Lake, Eagle Rock and Mt Washington