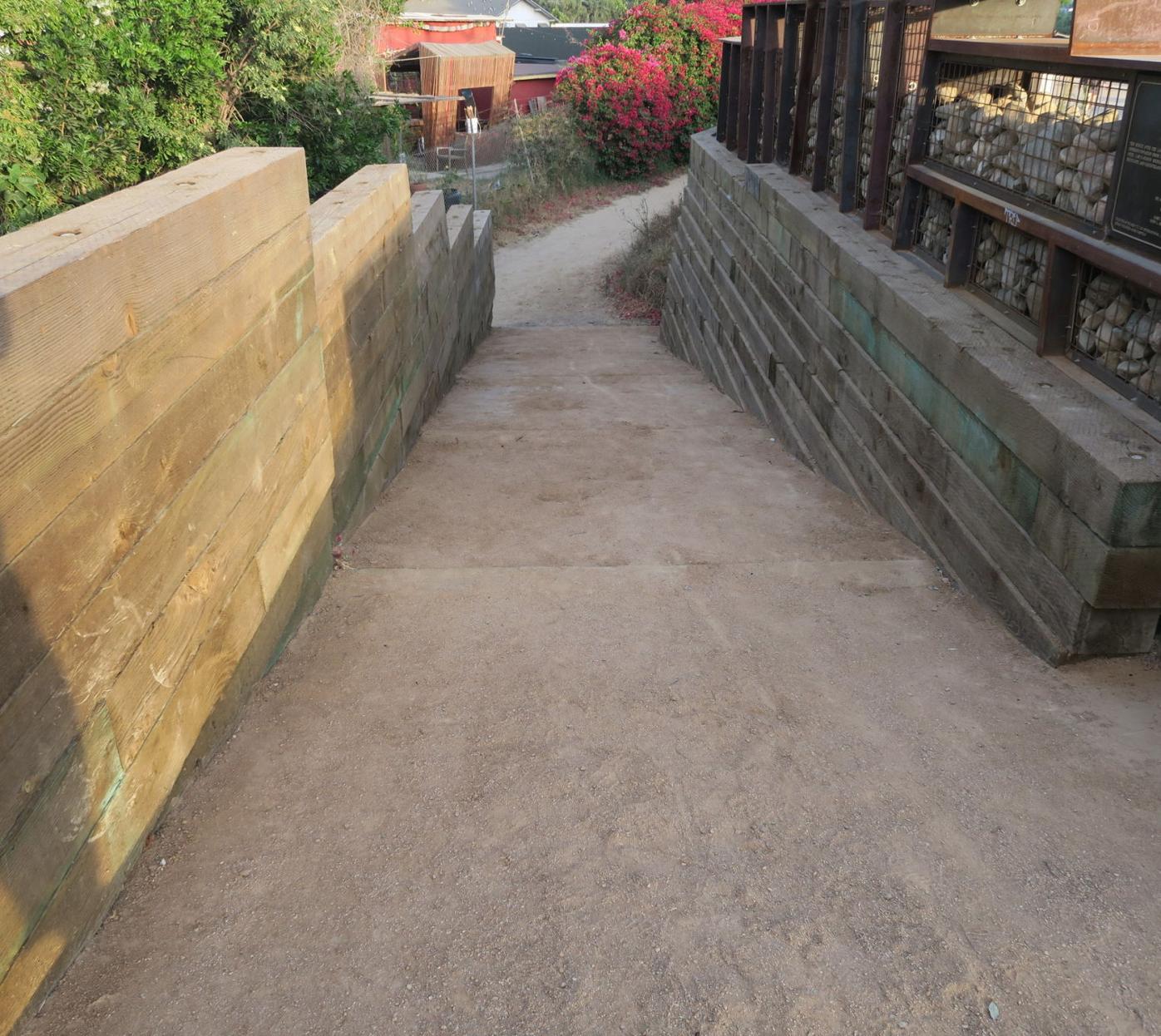 More decomposed granite has been poured into the approaches to the bridge. 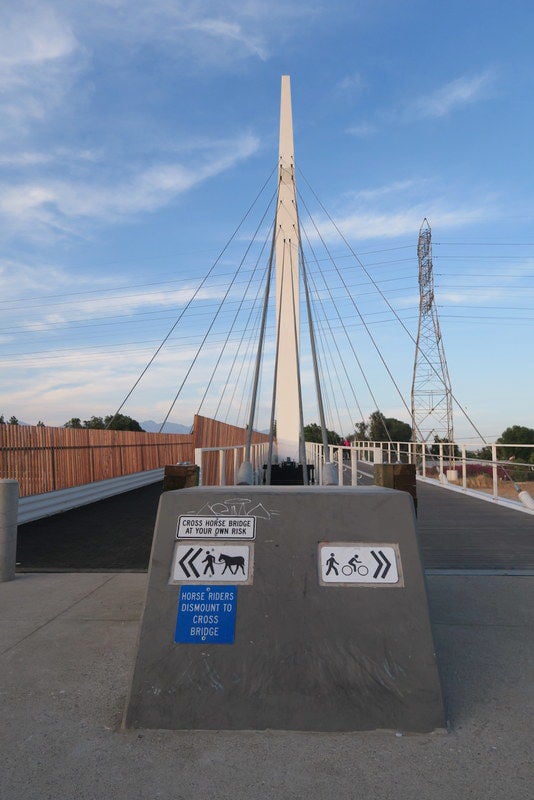 The bridge is divided in half, with equestrians on the upriver side of the bridge while pedestrians and cyclists are permitted on the downriver section. 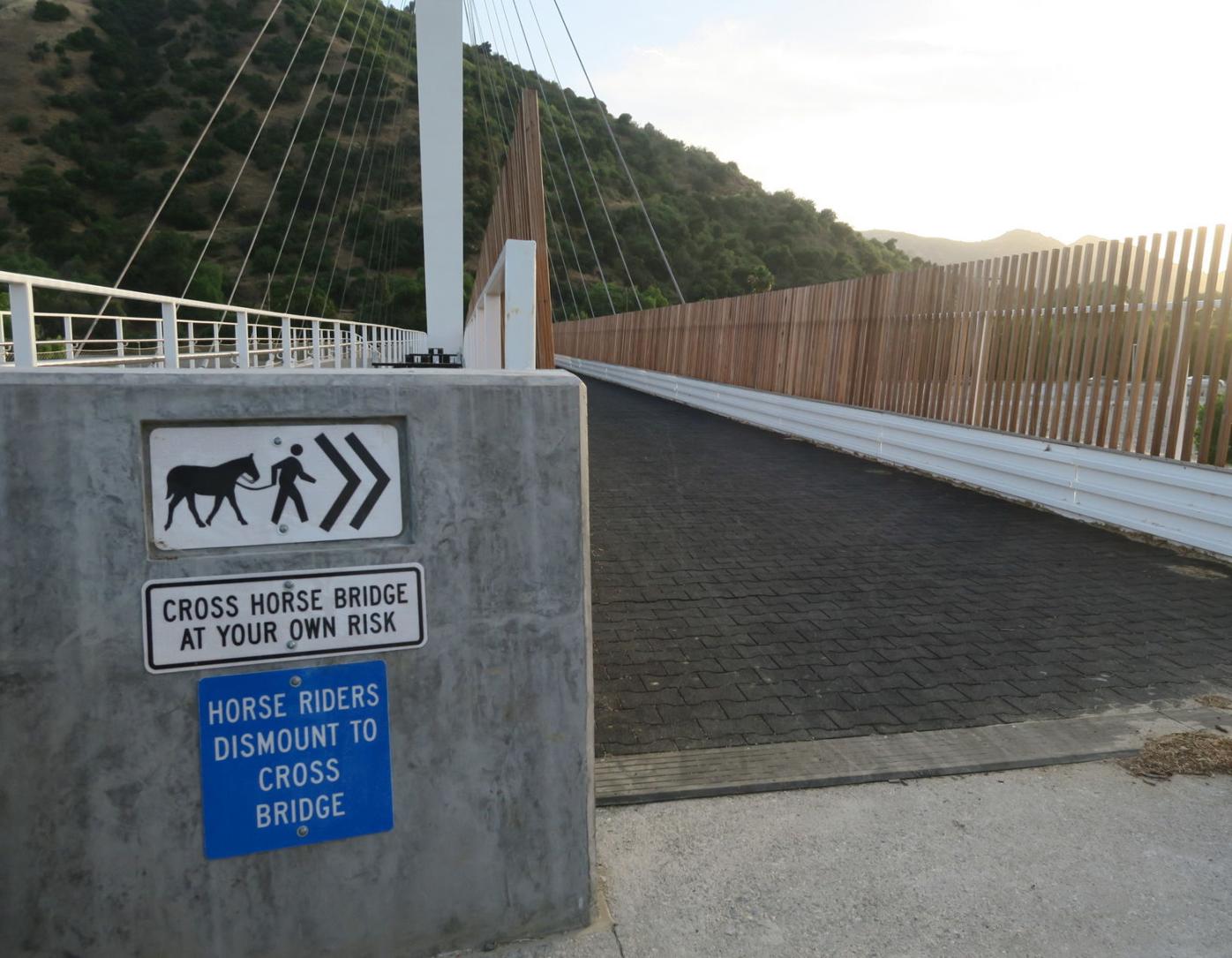 New signage instructs equestrians to dismount their horses and warns them that they are crossing at their own risk. 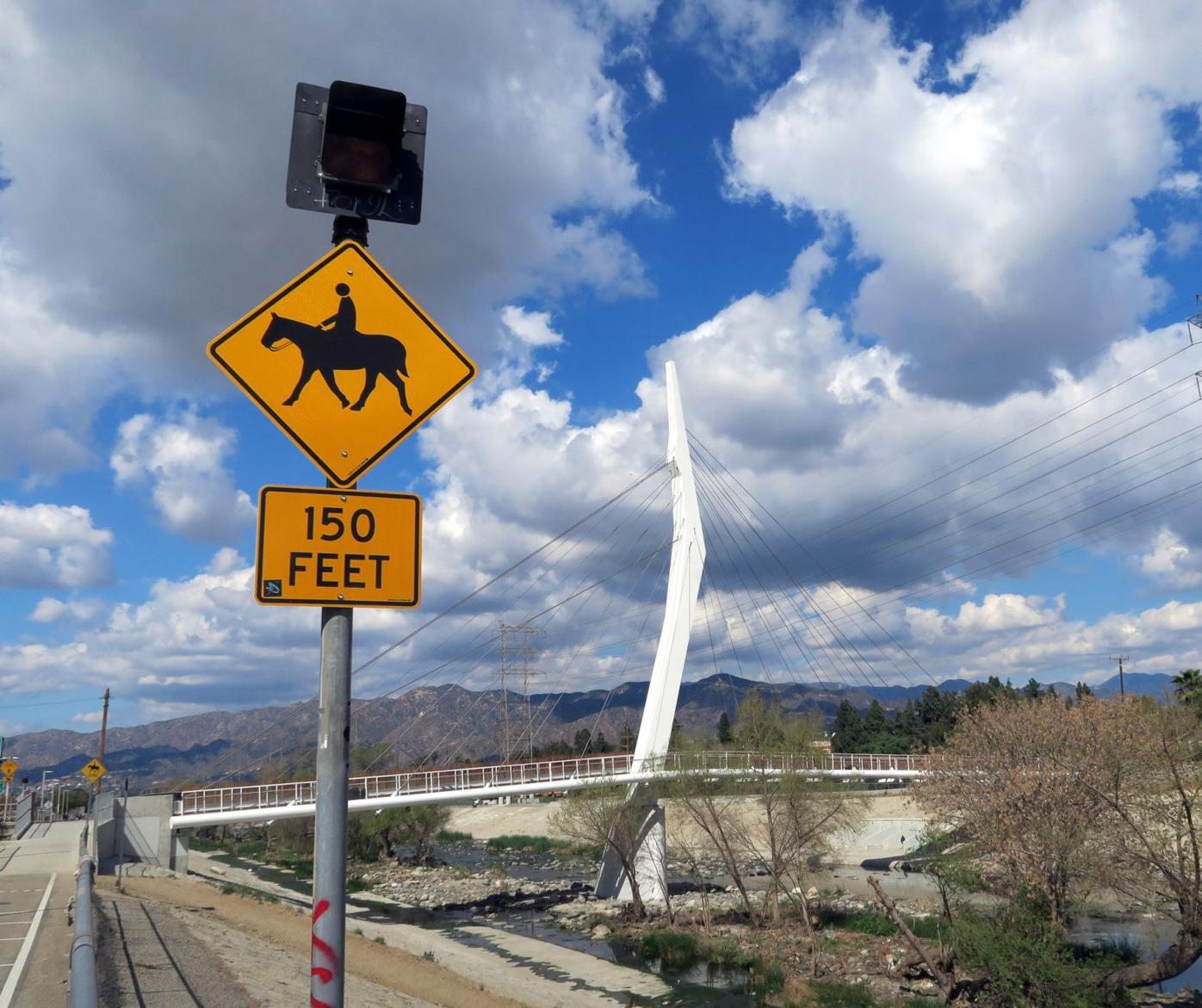 Atwater Village -- A high-profile L.A. River bridge has reopened to equestrians without fanfare after some safety measures were added following the death of a horse earlier this year. However, some riders say the bridge is still not a safe place to cross the river.

The horse died after apparently galloping or sliding off the North Atwater Bridge's eastern entrance and into a concrete wall, according to some accounts. The deadly incident has prompted some area equestrians to call for additional safety measures.

The 300-foot-long cable-stayed bridge with a 60-foot high "mast" was completed late last year.  It allows equestrians to travel between the stables on the Atwater Village side of the river and the trails of Griffith Park on the other side without have to ford the river. A gap runs down the middle of the bridge, dividing it into sections for pedestrians and cyclists and the other for horse riders and their animals.

The bridge reopened to equestrians and their horses right before Memorial Day (the structure had remained open for pedestrians and cyclists). New signs for horse riders -- including ones that advise riders to dismount while crossing the span -- have been installed. More decomposed granite has been poured into the approaches to the bridge and fencing has been increased, said Mary Nemick from the city's Bureau of Engineering, which oversaw construction of the bridge.

These improvements were recommendations made by the LAPD Mounted Unit, Rec and Parks Mounted Unit, and the Department of Animal Services, as well as outside equestrian experts, and members of the Los Angeles Equestrian Advisory Committee, Nemick said.

The improvements have met with mixed reactions based on comments on a local equestrian Facebook page.

Many of the comments say that dismounting is more dangerous and suggest the rails on the sides of the bridge  should be higher as well as extending the rubber paths.

"What is it going to take to fix the safety issues of this crossing? I will never dismount to cross, far too dangerous!" said one trainer.  "I never feel safe dismounting my horse on a trail ride, let alone a bridge," said one horse owner.

But the bridge does have its defenders. "No it is safe. Wide with pavers. High sides. All who have crossed it felt fine."

The North Atwater bridge is one of three new L.A. River bridges between Atwater Village and Cypress Park that will be off-limits to motor vehicles.

Located about a half-mile north of Los Feliz Boulevard, the North Atwater Bridge and its towering mast rises above the river channel and is visible to motorists on the nearby 5 Freeway.