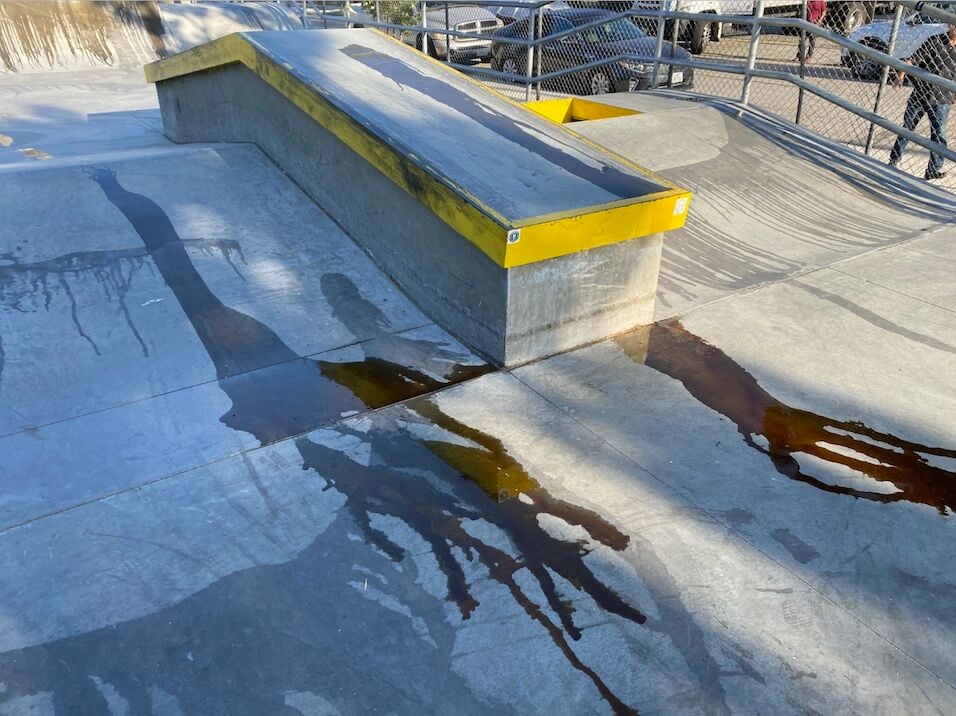 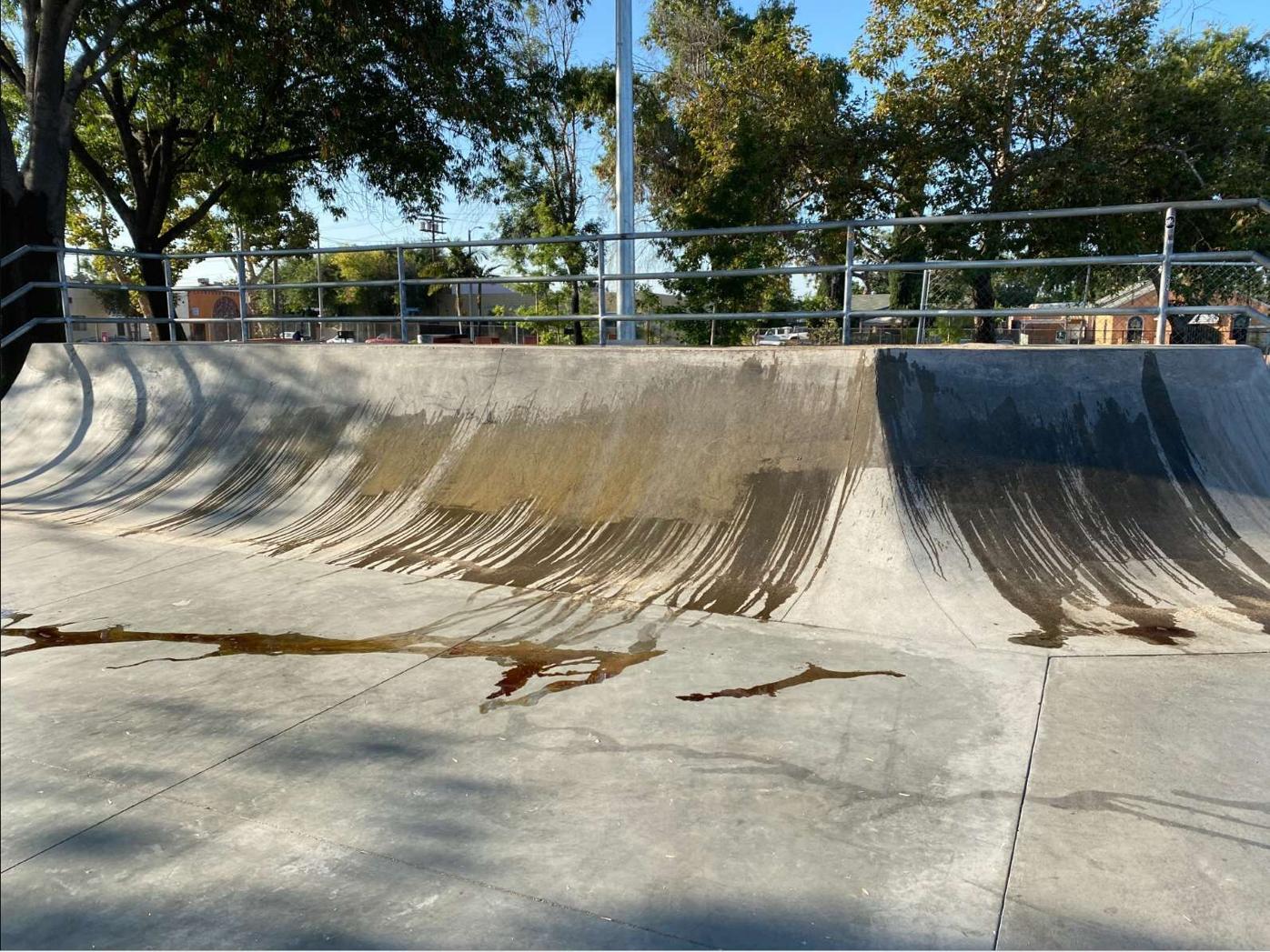 Atwater Village - Somebody really has it in for the Chevy Chase Skatepark.

The one-year-old skating facility has been vandalized for the second time this month, in the same way as before.

A black substance that feels and smells like motor oil was strategically poured all over the ramps and quarter-pipes, such that it hinders a smooth ride up or down.

This time, some sand was also added to the oil, and dumped elsewhere in the skating area. There is a sandbox adjacent to the skatepark.

This latest incident seems to have happened sometimes around the weekend of July 18-19. Some of the oil is still damp.

The park was struck in a similar fashion last July 4 weekend - though with less oil and no sand. A park-goer told The Eastsider the city’s parks department had fixed the damage from that earlier incident. The Department of Recreation and Parks has been contacted for comment.

Technically, all skate parks in Los Angeles are closed and off-limits to skaters, according to protocol from June 25. However, as of Tuesday evening, skaters were still making use of the park, while avoiding the areas that had been defaced by oil.