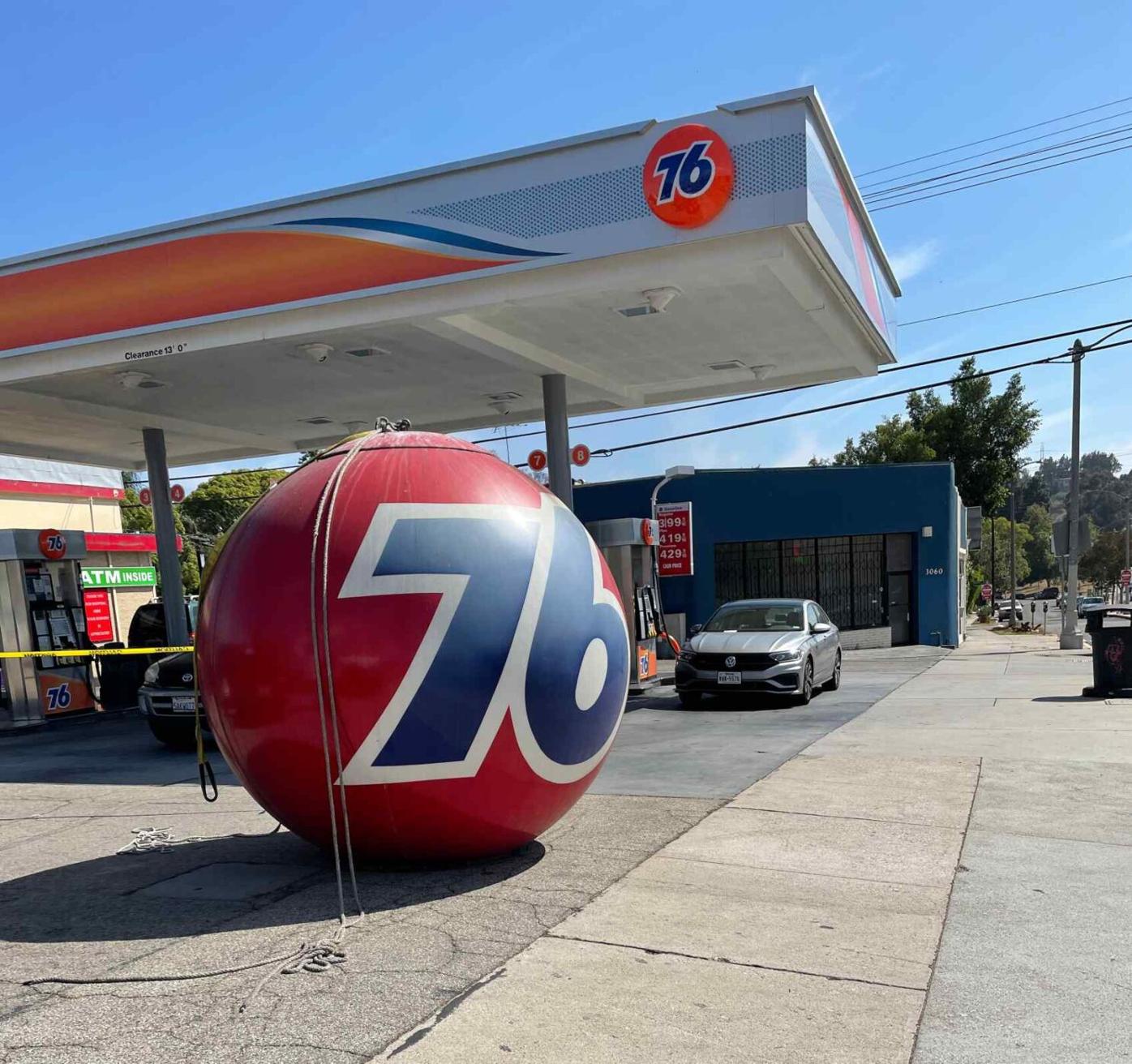 A red 76 ball was removed and hauled away after the Atwater Village gas station updated its look with the classic orange-and-blue color scheme. 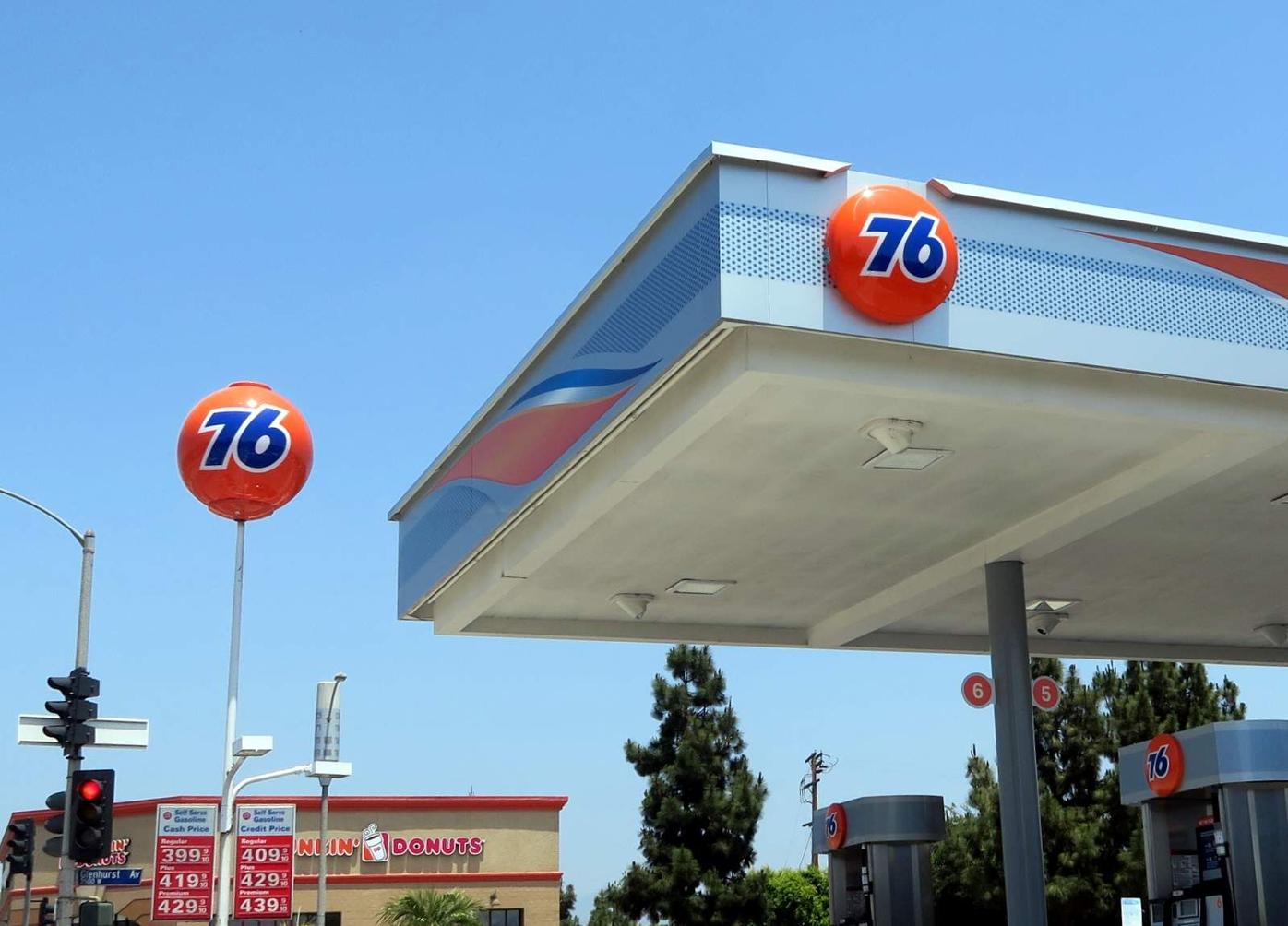 Atwater Village --  The owners of 76 gas stations caused a bit of a fuss about 15 years ago when they started replacing the familiar orange 76 balls that rise above the stations with a red version.

The company, ConocoPhillips, said the change was intended to create a "common image” among its Conoco, Phillips 66 and 76 gas stations, the L.A. Times reported. But not everyone was happy with the "queasy" shade of red, prompting efforts to save and restore the orange balls.

The 76 orange globe was created by ad agency employee Ray Pedersen, who had been tasked to come up with signage for a ride sponsored by the gas station chain at the 1962 Seattle World's Fair. Pedersen wanted something that attracted attention as people waited in line, according to a 2007 Seattle Times story.

"You know how you wake up in the middle of the night?" Pedersen said in the Seattle Times story. "It was like that -- and I had this idea of a big ball."

The idea was a hit and eventually the 8-foot orange globes could be seen looming over thousands of 76 stations.

After going with red-and-blue balls, the 76 chain apparently had a change or heart, embracing the classic orange-and-blue look as stations have been updated. This week, the classic color scheme returned to Atwater Village, where the 76 station at Glendale Boulevard and Glenhurst Avenue is getting a makeover.

Richard Dean spotted the change in progress. He took a photo of the dethroned red ball sitting on the ground, waiting to be hauled away, after being removed from its perch at the corner.

So, how soon do you think people will start feeling nostalgic about those red 76 balls?