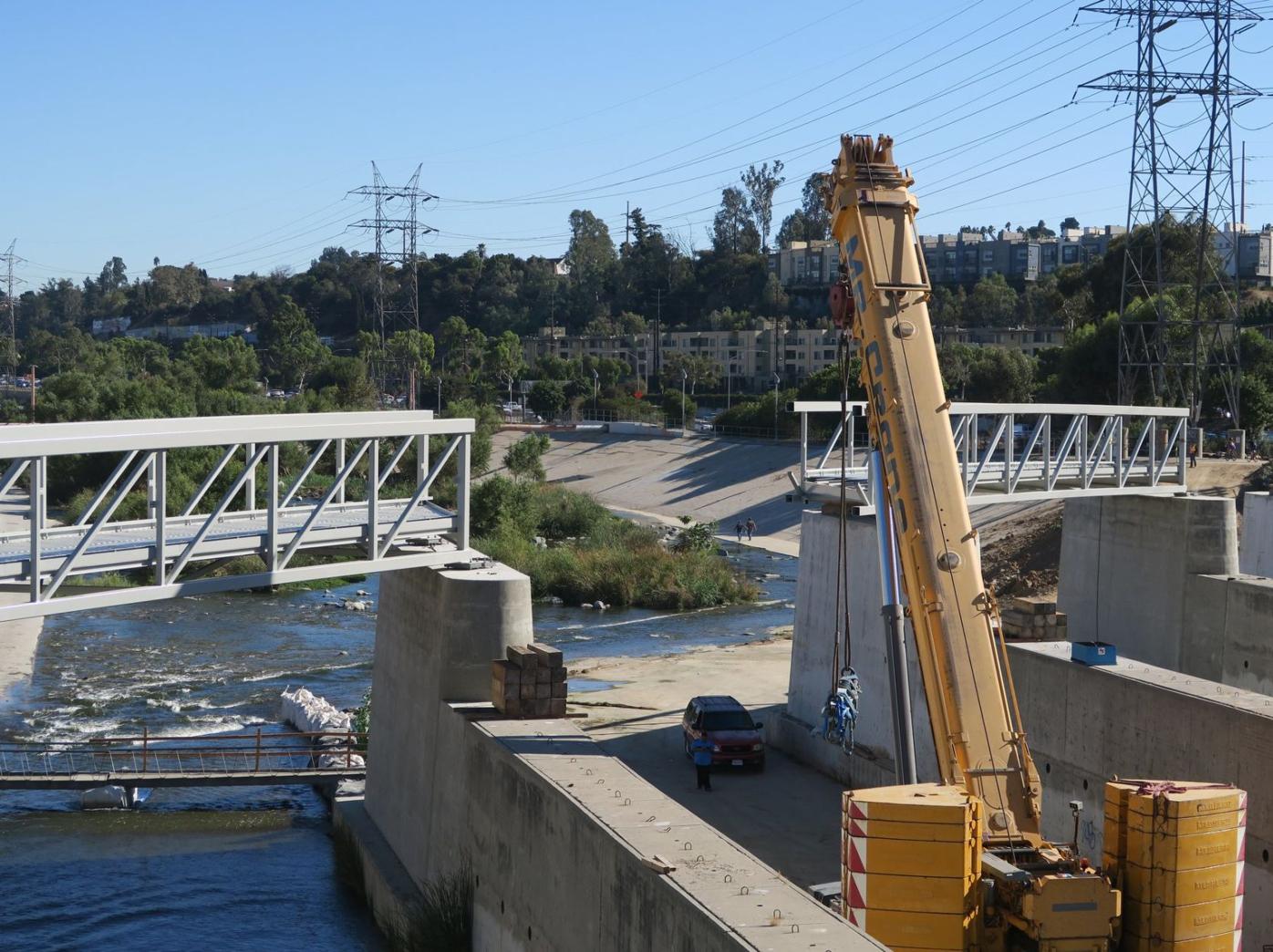 A 500-ton crane is lifting the prefabricated bridge sections into place. 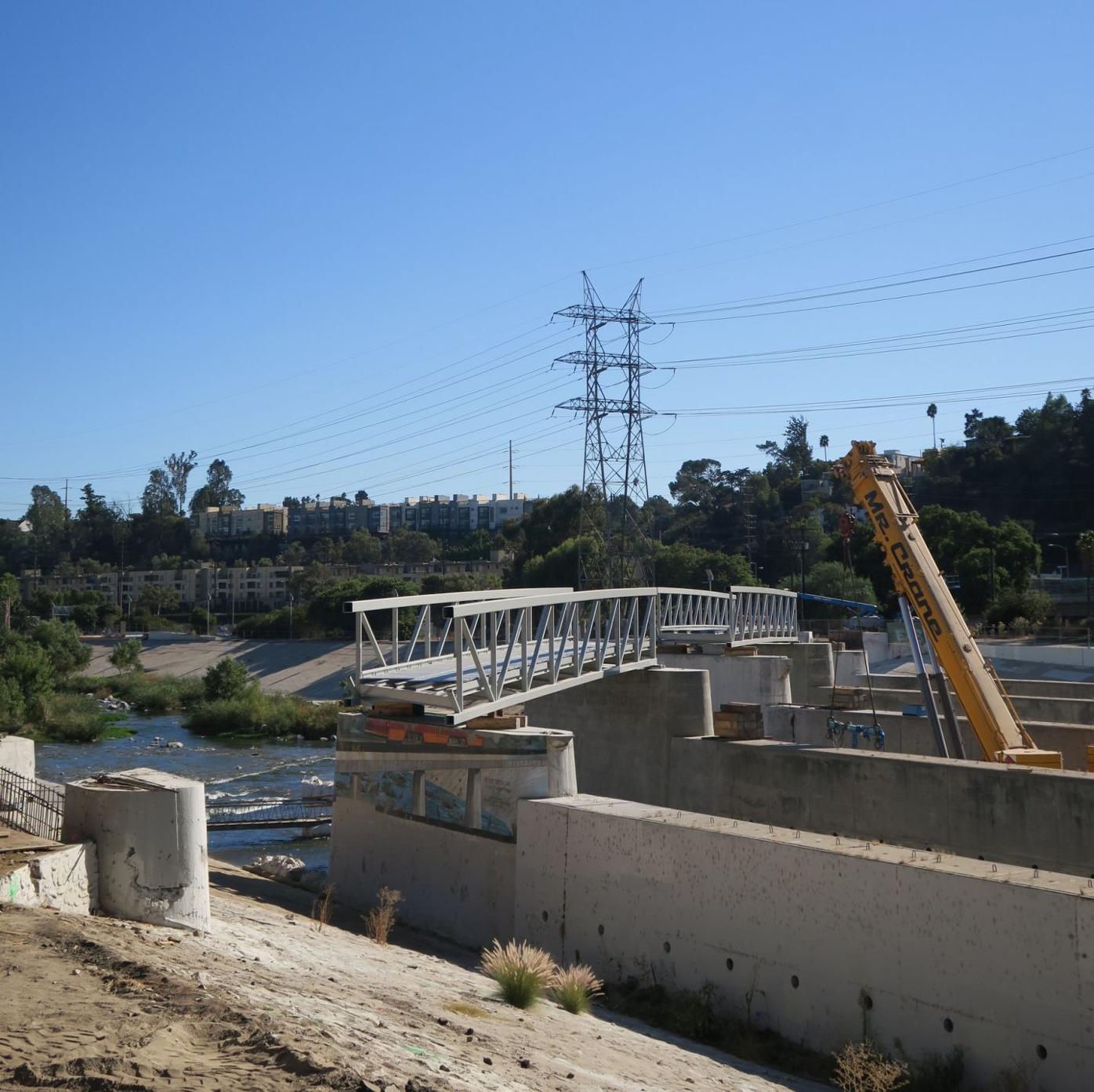 The bridge is being erected on the concrete piers that once supported the Red Car train tracks. A mural of the Red Cars painted on one of the piers had to be partially removed for the new bridge. 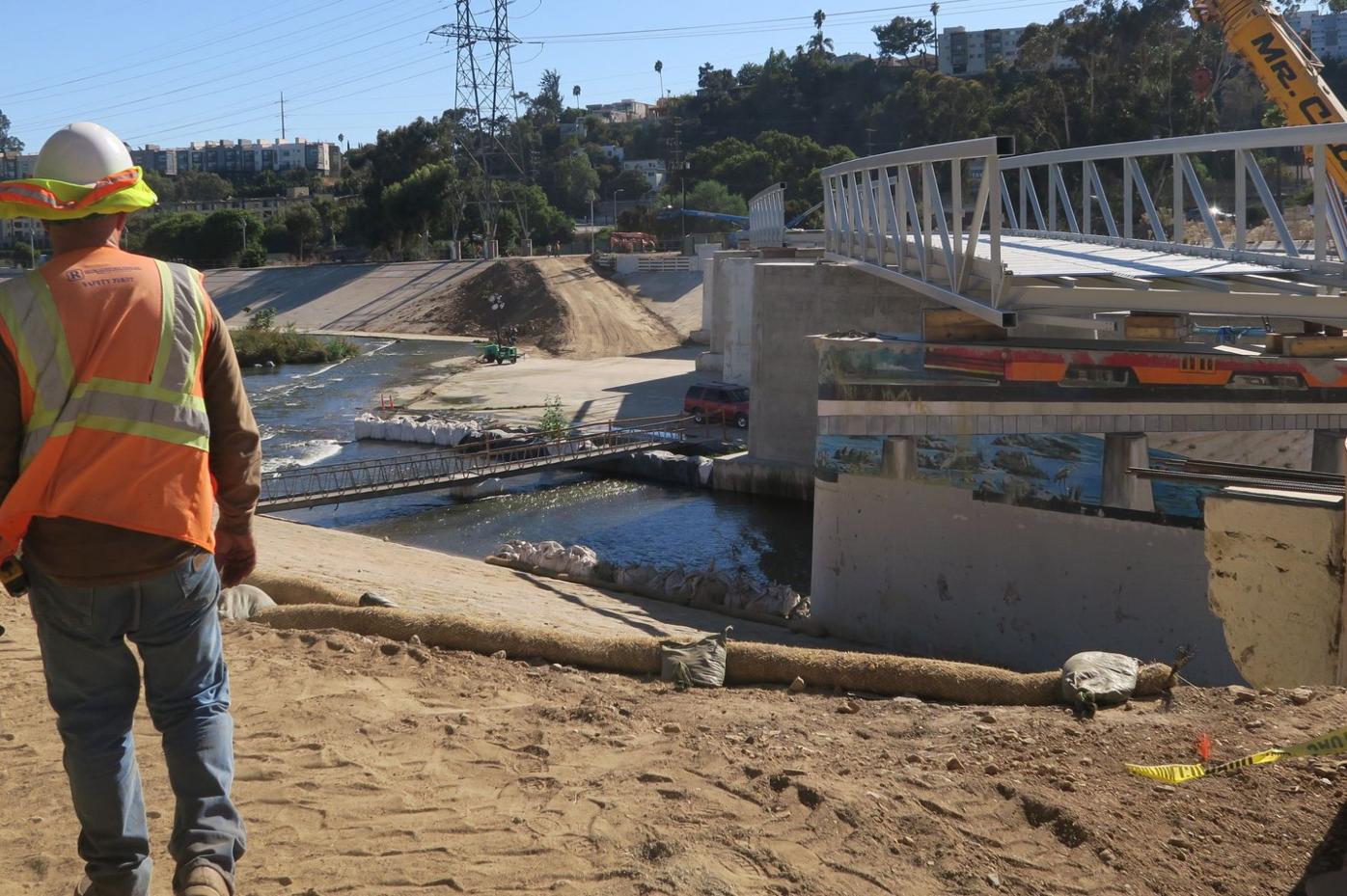 The bridge is expected to be completed by the end of this year. 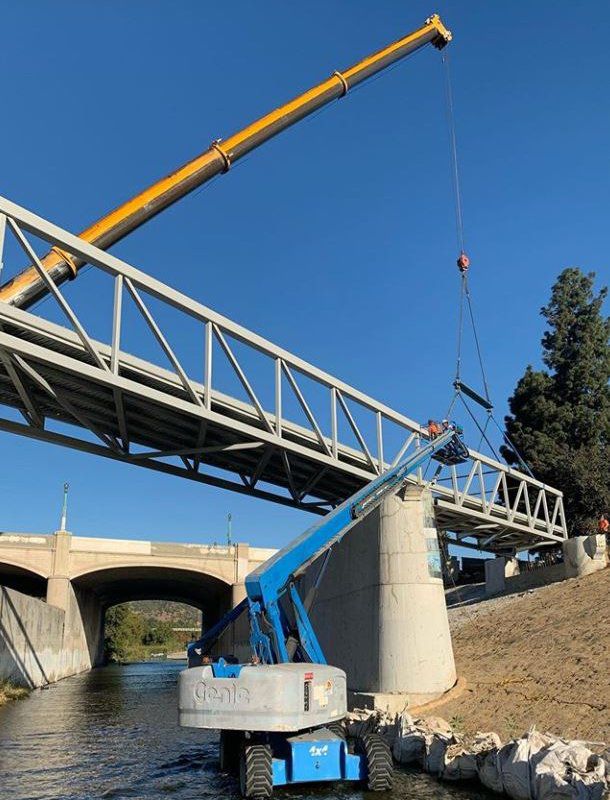 A section of the bridge is lowered and moved into place with the help of two cranes.

The bridge building boom on the L.A. River continues as metal sections of the 430-foot-long Red Car Pedestrian Bridge are being hoisted into place this week across the river channel between Atwater Village and Silver Lake.

The new $4 million span  just downriver from the Glendale-Hyperion Bridge will be supported by five concrete towers or piers that once supported the tracks for the legendary Red Car street cars that rumbled over the L.A. River.

But the new steel-truss bridge is off limits to trains as well as motor vehicles. As its name implies, the new structure is intended for pedestrians and cyclists.

The steel sections, prefabricated and shipped in from Coolidge, Arizona, are being lifted into place using a 500-ton crane, according to information from Council District 13. "As each section is lowered into place by the crane, workers will anchor the section to the existing piers," said a council office statement.

The new bridge has been criticized by activists who had wanted bike lanes and sidewalks on both sides of the adjacent Glendale-Hyperion bridge, which will be undergoing a major changes to bring it up to modern-day quake and traffic standards. They noted that pedestrians who now walk across the Glendale-Hyperion bridge will now face a longer trip across the Red Car span.

“This is an exciting moment for the community who worked with my office to see this project come to fruition in such a spectacular way,” said Councilman Mitch O'Farrell in regards to the Red Car bridge.

The Red Car Bridge is set for completion later this year.