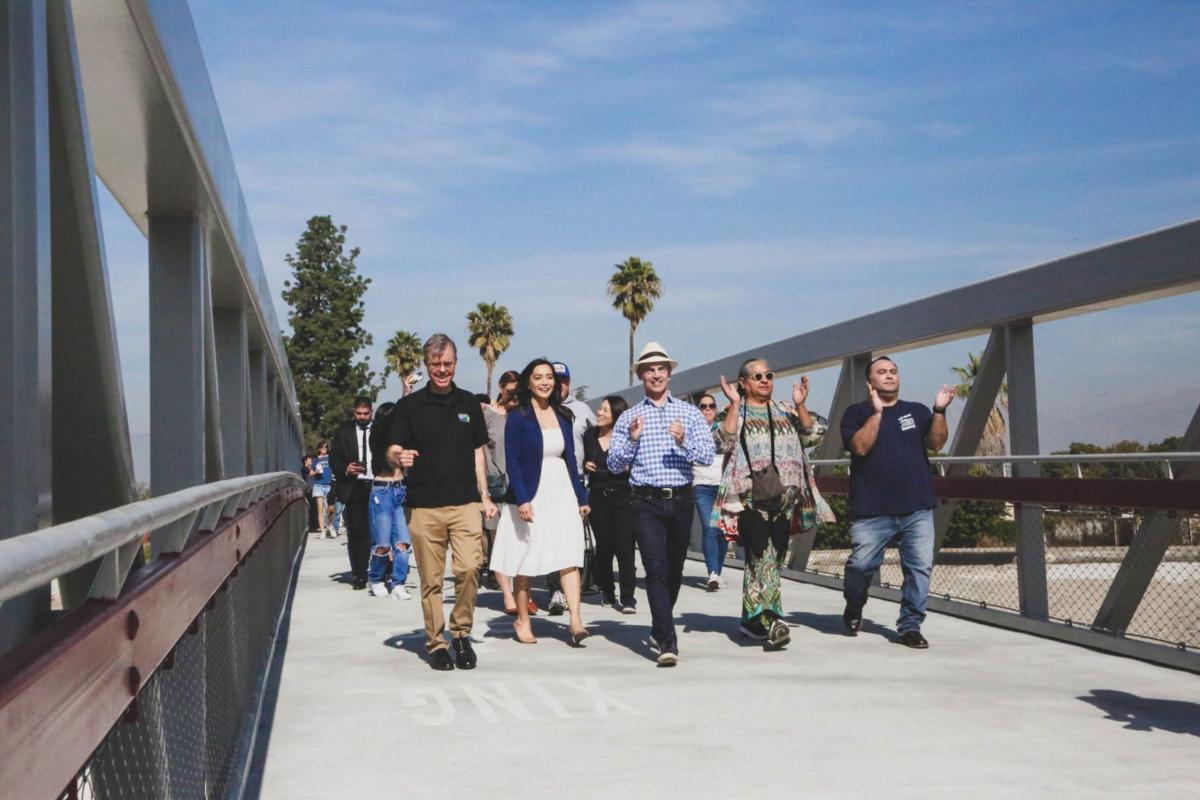 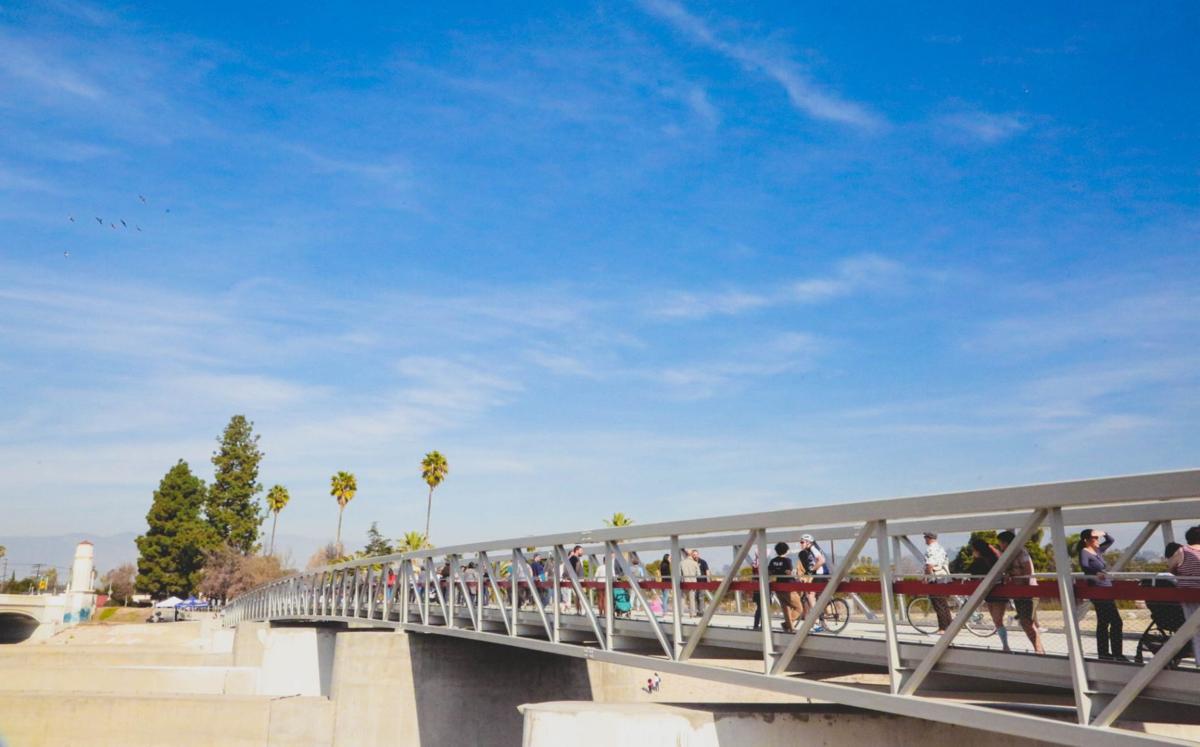 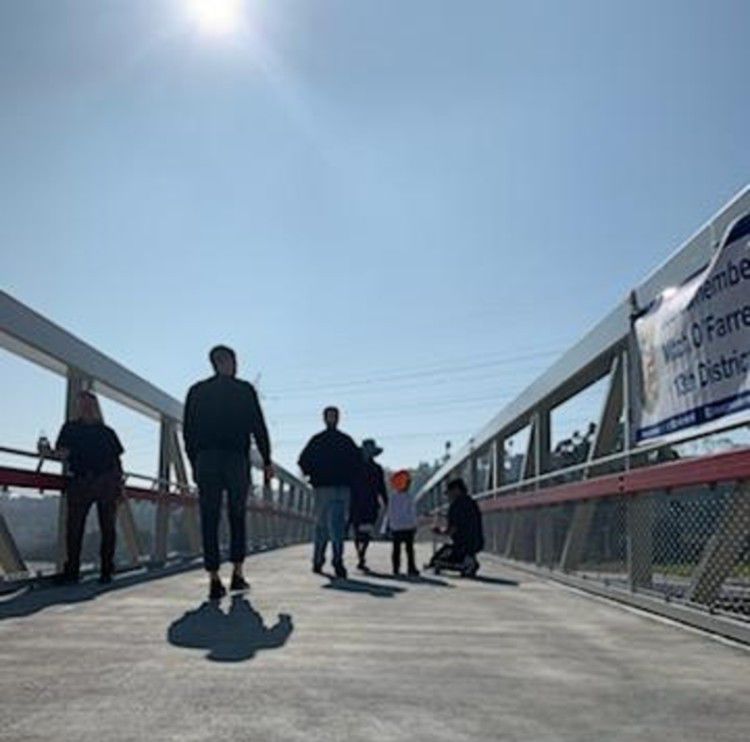 The Red Car bridge will be open only to pedestrians and non-motorized bikes.

ATWATER VILLAGE - Hundreds of visitors turned out Saturday morning to walk and bike across the Red Car Bridge for the first time during a grand opening celebration of the L.A. River crossing.

The $4 million span between Atwater Village and Silver Lake is named after the legendary Red Car trolleys that rumbled over the L.A. River at the same spot more than 60 years ago. The new metal bridge with red stripes running down its sides will only be open for pedestrians and cyclists.

“As someone who lives near this part of the Los Angeles River, I am excited that this pedestrian bridge, years in the works, is opening for us residents to access and enjoy,” said Atwater Village resident and activist Netty Carr in a statement.

“The Red Car Pedestrian Bridge has been a sixteen-year labor of love for all involved, benefitting residents of Atwater Village, Silver Lake, and all who enjoy the river," said Councilmember O'Farrell, who cut a ceremonial red ribbon and walked across the span with the jazz band from John Marshall High School.

The idea of rebuilding the old trolley bridge had been around for years. But it was the need to strengthen the nearby Glendale-Hyperion span against earthquakes that created momentum for the new Red Car Pedestrian Bridge.

The 430-foot-long bridge will provide pedestrians and bicyclists passage over the river while the larger Glendale-Hyperion bridge undergoes and extensive retrofit and restoration, officials said.

However, the grand opening of the North Atwater bridge, located less than a mile upriver from the Red Car and Hyperion bridges, has been postponed following the death of a horse at one end of the span.