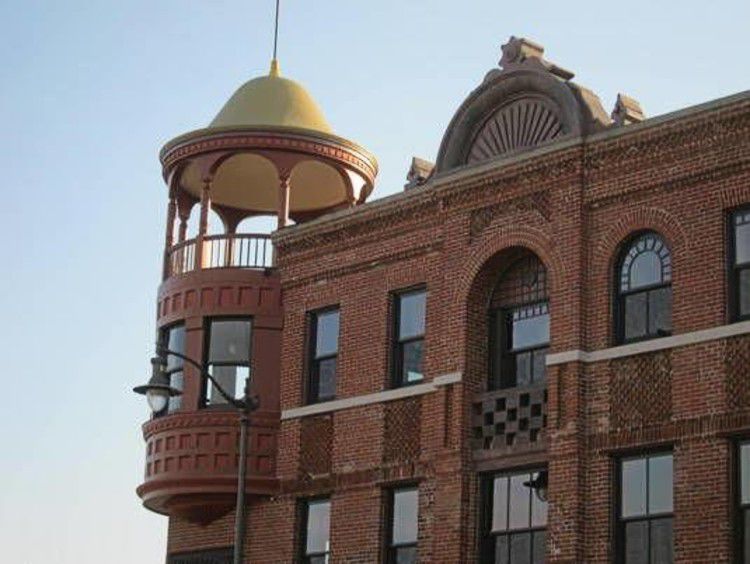 The former Boyle Hotel in Boyle Heights was renovated and turned into affordable housing by the East L.A. Community Corporation. 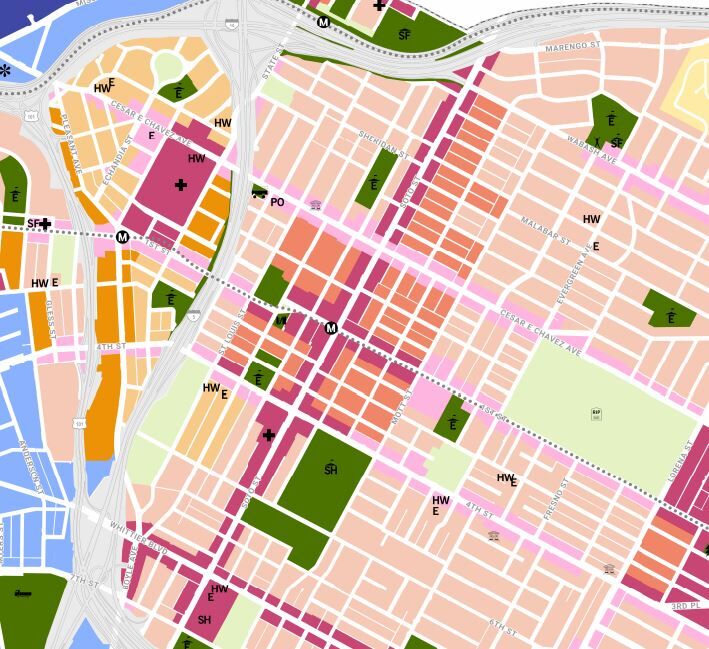 Click or tap here to view a full version of a draft of the Boyle Heights Land Use map.

Boyle Heights - How will this neighborhood grow? Certainly, it’s going to grow. But how?

The Boyle Heights Community Plan is being updated by Los Angeles City Planning, more than 20 years after the last update. This means reexamining the neighborhood - if not street-by-street, then at least commercial corridor by commercial corridor. It will take into consideration everything from jobs and transportation to neighborhood identity and (especially this time around) housing.

At the time of the last Community Plan Update - adopted in 1998 - the neighborhood was preparing for the redevelopment of part of Aliso Village, and three new stations of what became the Metro Gold Line. Planners also presumed most of the new growth in the neighborhood would be along the Cesar E. Chavez corridor, and that industrial activity would continue along the L.A. River.

This time, a more environmentally friendly future is in store for the river, and development is foreseen for transit corridors such as First Street, Soto Street, and Whittier Boulevard, according to a Planning Department website. Planners are preparing for 11,000 new housing units in the area by the year 2040, according to Nora Frost, the public information director for L.A. Planning. Yet the city also wants to safeguard against oversized development.

How to do both?

"Currently the Boyle Heights Community Plan does not have any design standards," Urita-Lopez said. "Now, zoning includes mass and scale and frontage requirements."

And one other thing can be added to the design standards, she said: Open space.

As where exactly the new housing can go, there seems to be no single answer. Planners are looking for opportunities where they exist - especially in areas that are accessible to buses and trains, Urita-Lopez said.

Deals could be worked out with developers in exchange for more affordable housing and more bedrooms in the units. Requirements could be relaxed for converting garages into living space and building new residences in backyards.

The standards would also have to be developed around the specific characters of different community corridors. The zoning for open space along Whittier Boulevard, for example, won’t be the same as along the Cesar Chavez corridor, Urita-Lopez said.

For this reason among others, the planning department is focusing heavily on community outreach as the plan is developed. That includes workshops and public hearings before a final plan is drafted and then reviewed by several city commissions and the full City Council.

“We want to hear from everybody,” Urita-Lopez said.

Those with questions about the plan and process can contact the following Planning Department staff members:

Imposing a requirement for 11,000 new housing units on a neigborhood that already is one of the more dense in Los Angeles is outlandish. And this kind of requirement is just a plan for wholesale eviction of tenants across the neighborhood, which will end upmeaning dramaticially more homleesspeole onthe streets as the evicted renters are not going to be able to afford the much higher rents out there.

Why not put at leeast most of those units in neighborhoods already not doing their fair share? How about Bel Air, or Brentwood? Could they possibly go in Encino? How about in Hancock Park int he Wilshire area -- can they go on the mayor's street maybe?

Who are these 11,000 people they're building for – for the past 15 years, we have been told mobs of people will be moving here all that time, but in reality, mobs of people left LA and California, moved to other states, there has not been all that population growth. So why are 11,000 units needed in Boyle Heights -- other than maybe a way to get the people there now out and repalce them with rich people, like elsewhere?