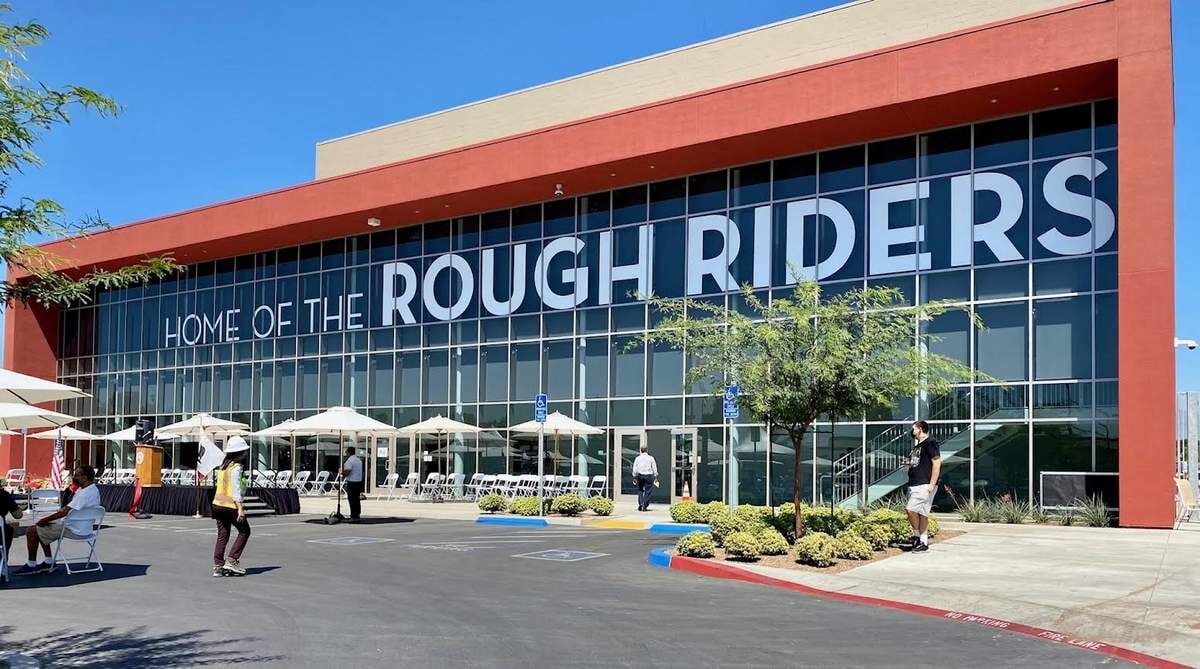 Roosevelt High celebrated the completion of a new gym (pictured) and a new classroom. The rest of the $190 million modernization project is expected to be completed in Spring 2023 and will bring multiple new buildings to the site. 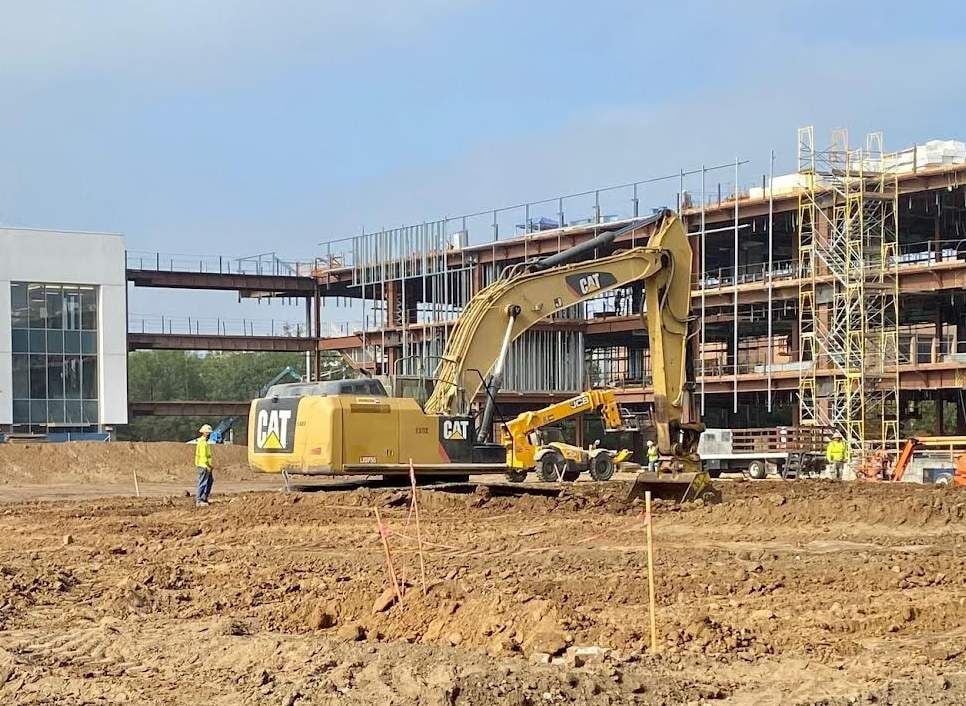 Construction crews are working on a building which will house Roosevelt High’s administration, classrooms and a wellness center. Construction of the building is visible from Fourth Street.

BOYLE HEIGHTS – A mix of students, parents, alumni, educators and elected officials gathered in front of the new Roosevelt High School gym earlier this week to celebrate its completion along with a new classroom building and a lunch shelter.

The buildings are the first to be completed and put into service as part of a $190 million comprehensive modernization project to be completed in phases and paid with funds from a voter approved bond.

"We celebrate investment in our youth and communities," said Monica Garcia, the LA Unified board member who represents the Boyle Heights, during her remarks on Monday.

The project was expected to cost $173 million in 2018 but costs have increased in partly due to the COVID-19 pandemic, Garcia said.

By the time the modernization project is completed in Spring 2023, the campus – which is approaching 100 years of existence - will have gone through a mega makeover providing state-of-the-art facilities designed to meet the educational needs of four separate high schools on the approximately 23-acre site.

The gym, emblazoned with "Home of the Rough Riders" across its facade, opened in May and the Classroom Building opened in August.

Getting to this point was not without controversy.

Some within the community and preservationists opposed the demolition of Roosevelt’s auditorium and classroom building, which were part of the original school and referred to as the R Building.

The building had special significance to many alumni and residents of Los Angeles since it was the scene of multiple events tied to the 1968 East L.A. Chicano Student Walkouts, also known as Blowouts.

Among the elected officials attending the ceremony was Councilman Gil Cedillo who represents neighboring City Council District 1 but who is a 1972 graduate of Roosevelt High. Cedillo was among the students who participated in the walkouts.

“We wanted dignity. We wanted respect. But most of all we wanted equity,” Cedillo said.

The modernization project is bringing educational equity to Roosevelt High, he and others said.

Students see and value the resources that are being built around them.

After the celebration, Boyle Heights STEM Magnet High School seniors Amado Ochoa and Emmanuel Sanchez, said the new classroom building is providing a much better place to work and learn. Both teens are members of Los STEMeteros de Boyle Heights, a group of students who use their design and engineering skills to create robots for competition.

Prior to having the new robotics lab, students worked in an old, hot and cramped auto shop building that was a considerable distance from the computer lab where they conducted part of their work. At times students found themselves making a mad dash from the auto shop to the computer lab if they needed to make adjustments to a project, Sanchez said. That’s no longer necessary since the new robotics lab has an adjacent computer lab.

Ochoa said students have fond memories of the old facilities, but they will create new ones in their new air-conditioned labs. Most significant is that they now have a place that is equipped to handle their technological needs