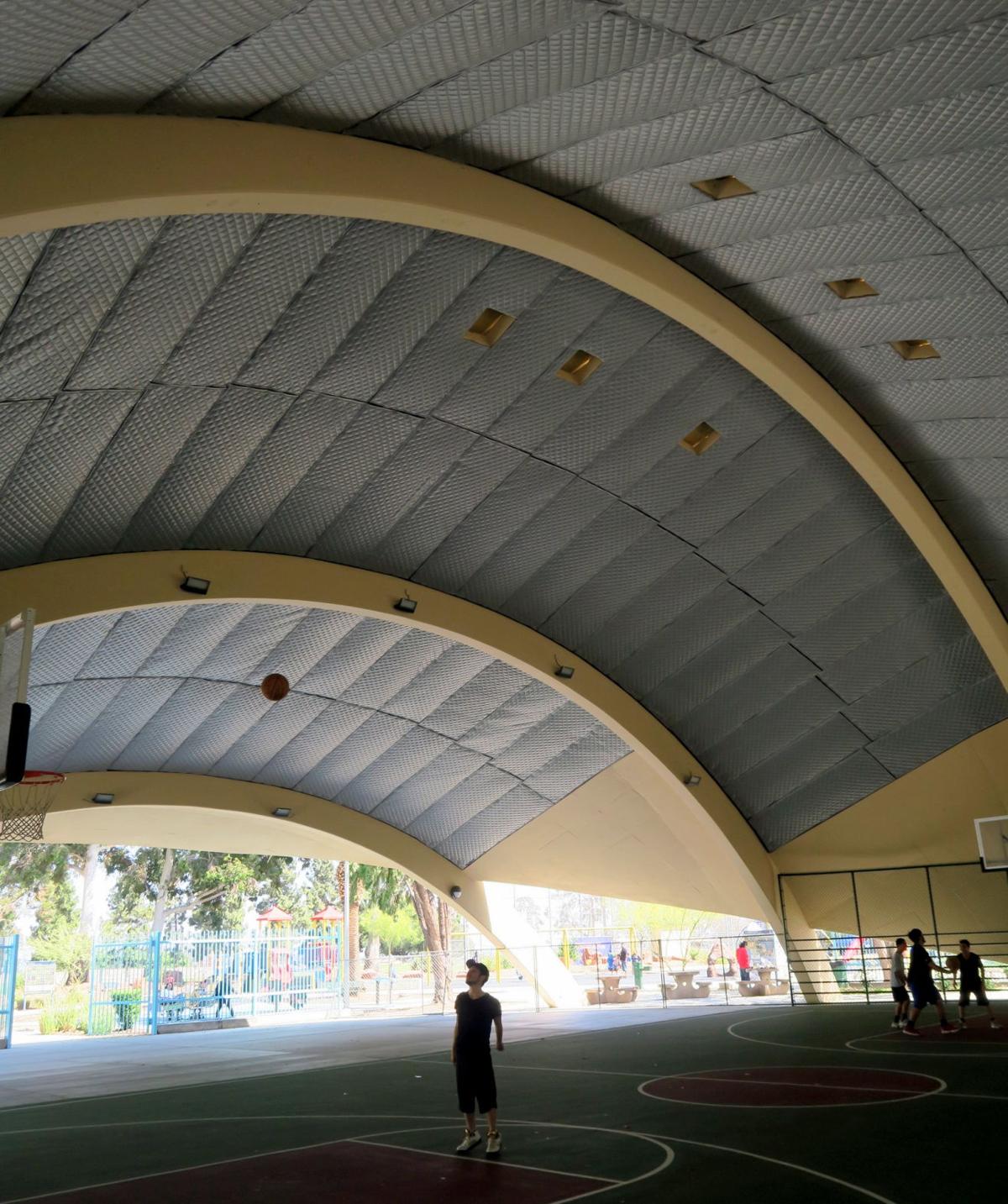 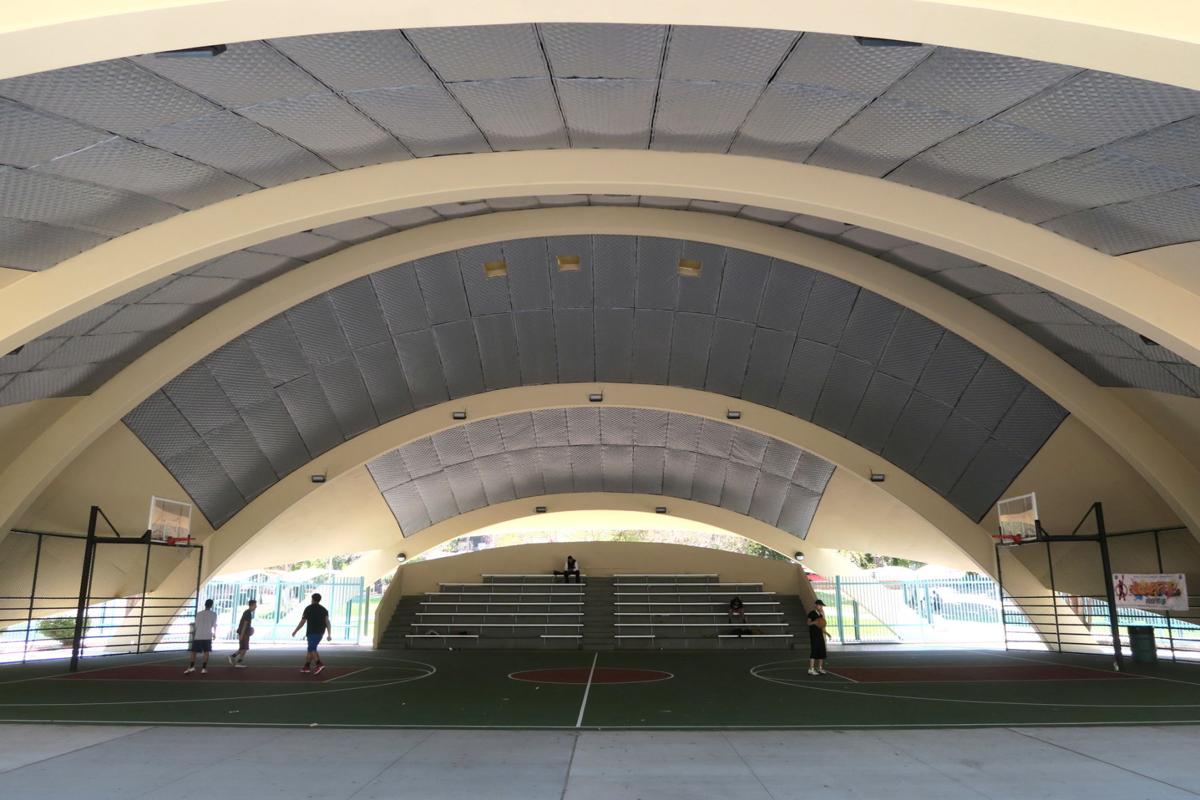 Sound proofing material lines the underside of the shell 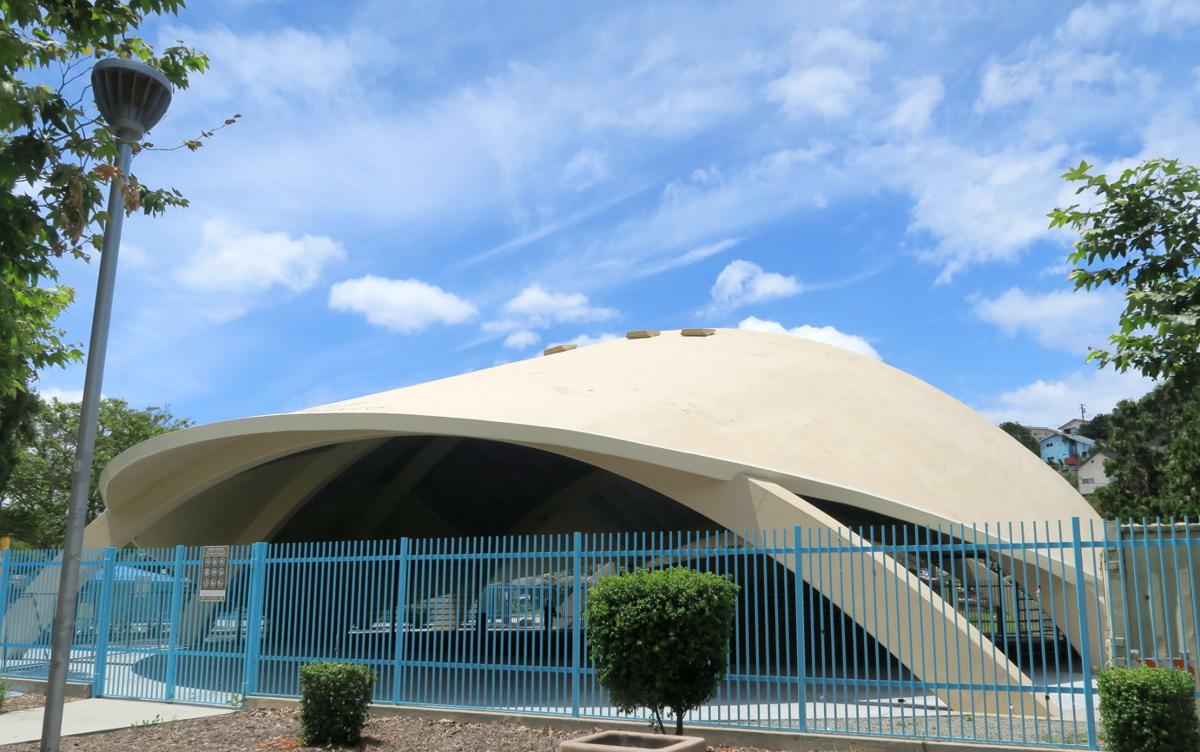 The top of the shell gets tagged occasionally 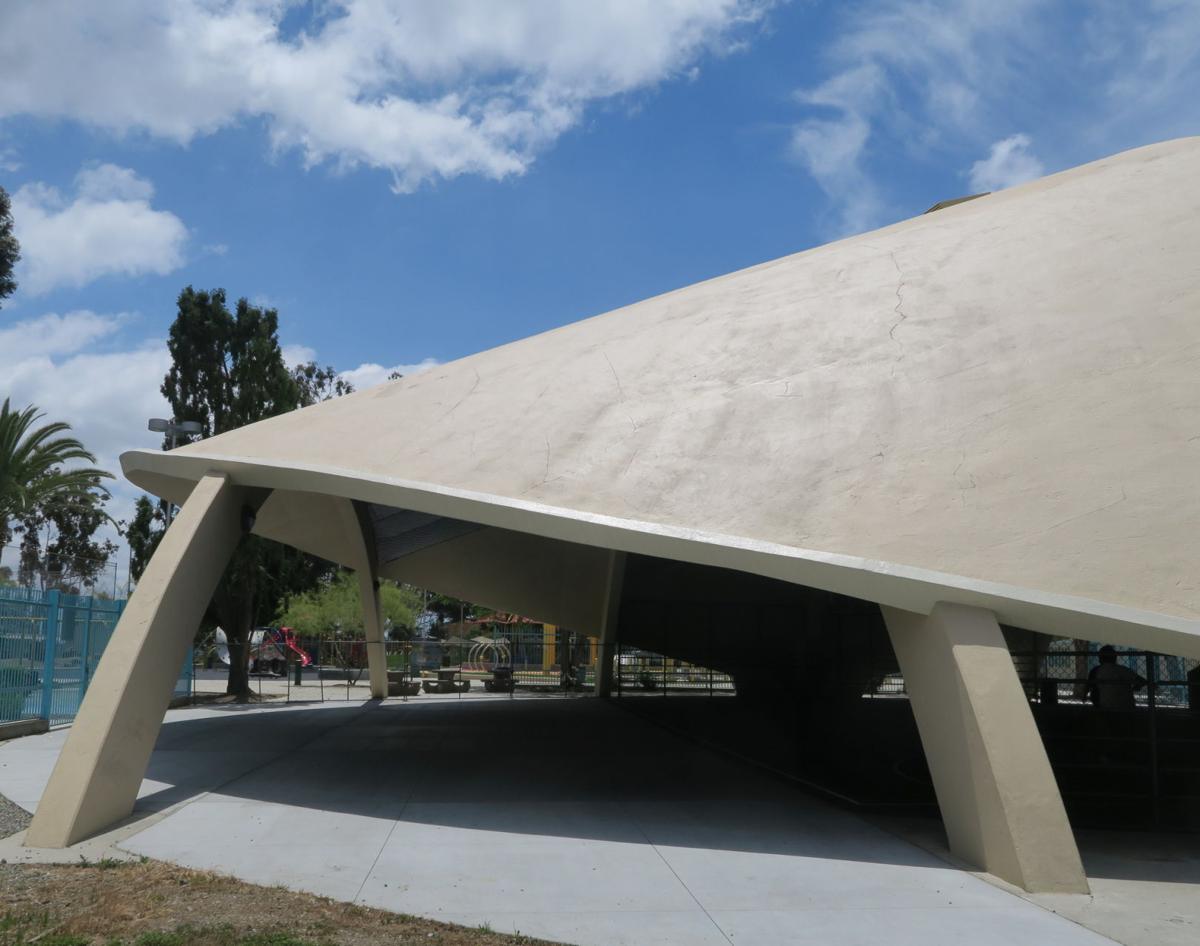 CITY TERRACE --  It's known among architects and engineers as a "hyperbolic paraboloid" structure. But neighborhood basketball players know it as a shady place to shoot hoops. Welcome to the City Terrace Park Sports Shell, a Mid Century landmark that was heralded as part of a "radical approach" to park design and the newest thing in gymnasiums when it was built nearly 60 years ago.

The open-air concrete structure resembles a turtle shell and is one of the many architectural and cultural treasures at City Terrace Park. The approximately 12-acre park is a legacy of the Depression-era Works Progress Administration. Red sandstone blocks that were once part of the 19th Century L.A. County Courthouse are found across the grounds. Chicano muralists celebrated ethnic pride with colorful murals.

But for this issue of Neighborhood Fixture, we are going to focus on that mod sports shell or dome in the center of the park.

The shell, designed by architects Ralph J. Bowerman and Charles W. Hobson, is supported by five beams that arch over the basketball courts and bleachers and columns on the exterior of the structure. There are no walls at the base, leaving the interior open to air and natural light. That leaves the interior without any columns to block sight lines. Indoor "suns" -- giant heating elements -- attached to the interior of the shell radiated heat down on visitors when the structure opened. It cost about $407,000 to build.

A recent renovation repaired some surfaces, lighting and soundproofing material. But the shell looks pretty much the way it did when it was dedicated 59 years ago this month.

"The sports shell was meant to revolutionize the standard gymnasium box structure, but as we can see today this design did not prevail," said Ansley Davies, Associate Curator with the L.A. County  Department of Parks and Recreation. "I believe this may be the only dome of this sort presently in existence.

"When the Crown Prince and Princess of Japan visited the County, her tour included a visit to the park to view the new concrete construction. So, the County was very proud of the innovation at the time."

The sports shell, along with other elements of the park, was determined to be eligible for listing in the National Register of Historic Places as a historic district, Davies said.

The hyperbolic concrete never came close to replacing the boxy gym. But at least, for a brief time, it served as a novel and eye-catching alternative.

In remarks prepared for the May 1960 re-dedication of City Terrace Park, then County Parks and Recreation Director Norman S. Johnson said residents would approve of the new structures:

"As they drive past the fantastically modern sports shell and multi-purpose recreation activity building, these citizens nod with the satisfaction of knowing that there is in their county a significant contribution to the war against juvenile delinquency, as well as to the principal of modern park design."