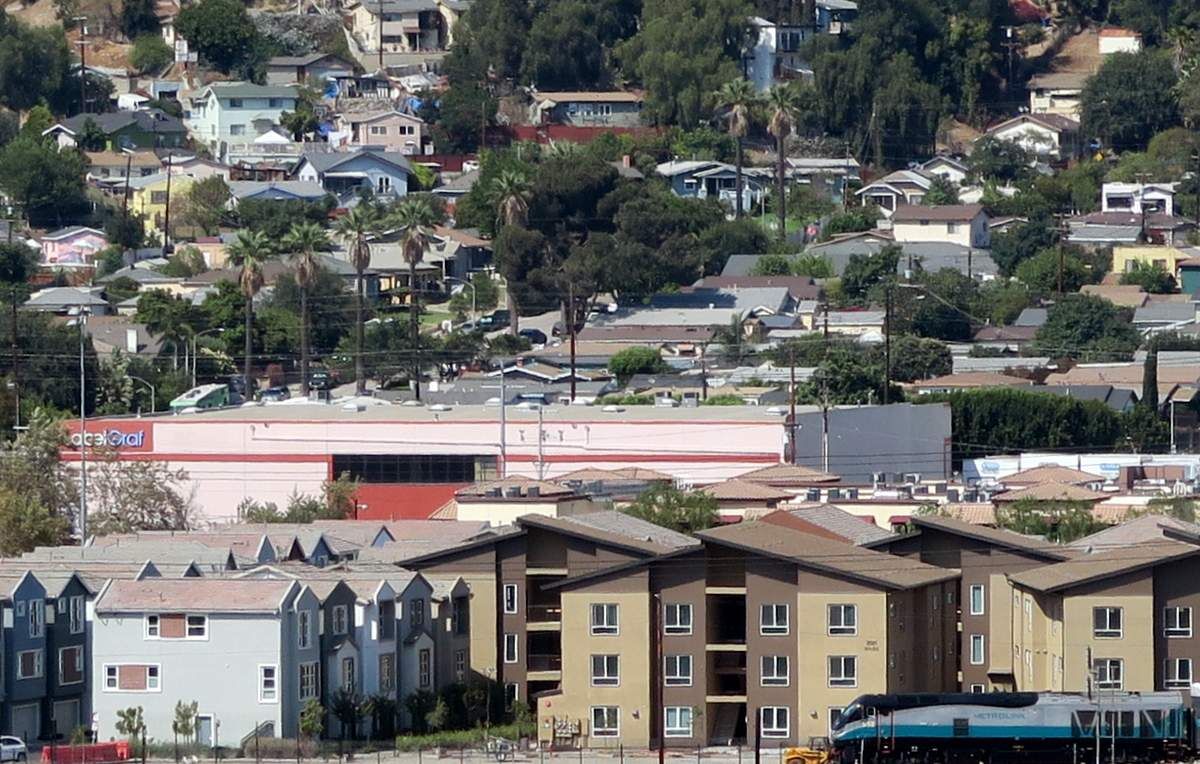 Some of the new housing in the foreground built in Cypress Park during the last 10 years. 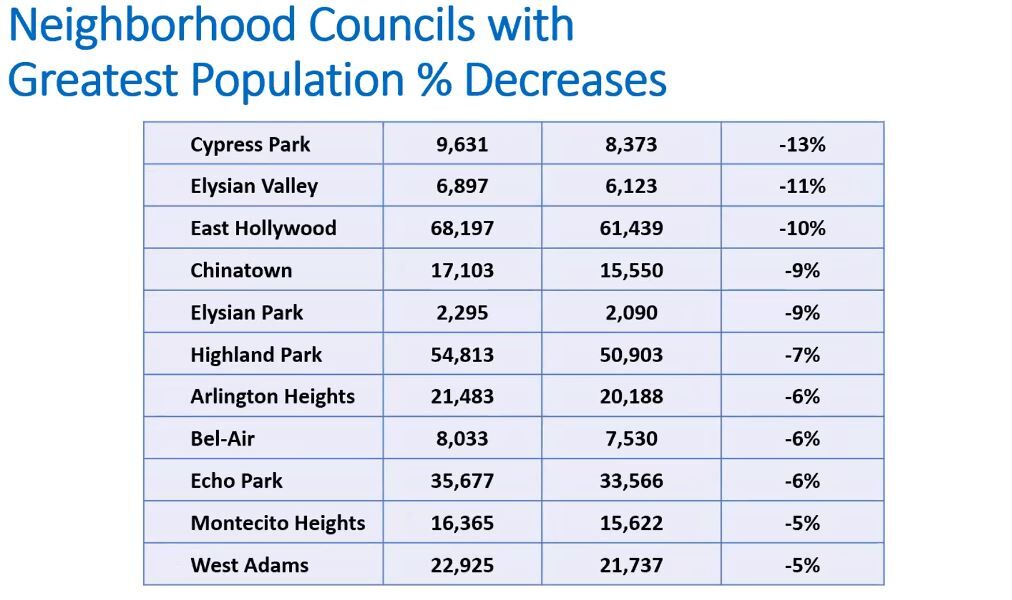 Cypress Park -- The results from the 2020 Census have left many residents surprised and a bit puzzled.

Instead of growing, the number of people living within the boundaries of the Greater Cypress Park Neighborhood Council dropped by 13% since the 2010 count, according to an analysis of 2020 US Census. That’s the biggest percentage loss of any of the city’s 99 neighborhood councils.

So, why did the population of Cypress Park drop by 1,258 people? An undercount? Gentrification? The neighborhood council asked the U.S. Census to explain. But for now there are more questions than answers.

The decline was revealed in August after the L.A City Council Redistricting Commission had the latest U.S. Census figures analyzed as it redraws council district boundaries.

Cypress Park was not the only Eastside neighborhood that showed a drop based on U.S. Census figures. For example, across the river in Elysian Valley, the population dropped 11%. But Cypress Park stood out with the city’s biggest decline.

A recent appearance by a U.S. Census official before the Cypress Park Neighborhood Council helped clarify the drop itself, without offering any specific explanation for it.

“They didn't have an explanation or answers to our questions,” said council member Romana Barajas.

One of those questions was whether the population of this neighborhood may have been undercounted. Research from the UCLA Center for Neighborhood Knowledge showed that undercounts in L.A. County were most likely to occur where the majority of residents are Latino or Asian; have lower incomes; rent their homes; or were born outside the United States, UCLA reported.

Cypress Park is 81% Latino, according to the redistricting commission review of the census figures.

Meanwhile, the areas of Cypress Park with the biggest drops in population also had higher rates of poverty, according to Luz Castillo from the Census Bureau, who presented the findings to the neighborhood council. The Latino population also decreased overall, while the white population increased, she said.

But Castillo emphasized the thoroughness of the census process for gathering data, according to minutes from the neighborhood council meeting. She told the board that enumerators visited households multiple times for follow-ups on non-responses. In the end, they got 99.9% of the responses they were looking for at those addresses, including at “hidden housing,” such as converted garages.

Despite facing a pandemic, natural disasters and other unforeseen challenges, the 2020 Census results thus far are in line with overall benchmarks," the Census Bureau said in a statement.

Still, a post-enumeration survey will be conducted to look for any undercounts or over-counts in any communities. That data will become available early next year.

For Cypress Park residents who talked to The Eastsider, it certainly doesn’t seem like the neighborhood has become less crowded. Anthea Raymond, who has lived in the neighborhood for seven years, said, “If anything, there is much more traffic."

Jennifer Toole, who has been living here for six years, said she also had not noticed a huge plummet.

“Last year felt like more people were moving in with each other,” Toole said. “If there is a decline, I’d assume it’s a few things. This area was one of the hardest hit during the pandemic - people died - and got displaced economically." .

Elsa Flores, who has lived in the neighborhood since 1991, said she hasn’t noticed a difference along Cypress Avenue, where she lives. But she has seen how gentrification can shrink the population.

“Just this July, our neighbor sold his home after 20-plus years. He had four sons, one grandson, the son's girlfriend, and himself and his wife all living in one house," Flores said. "It was now bought by a couple, and I can't tell you the amount of open parking spaces on the street alone!” “They went from a family of eight living in one home to two."