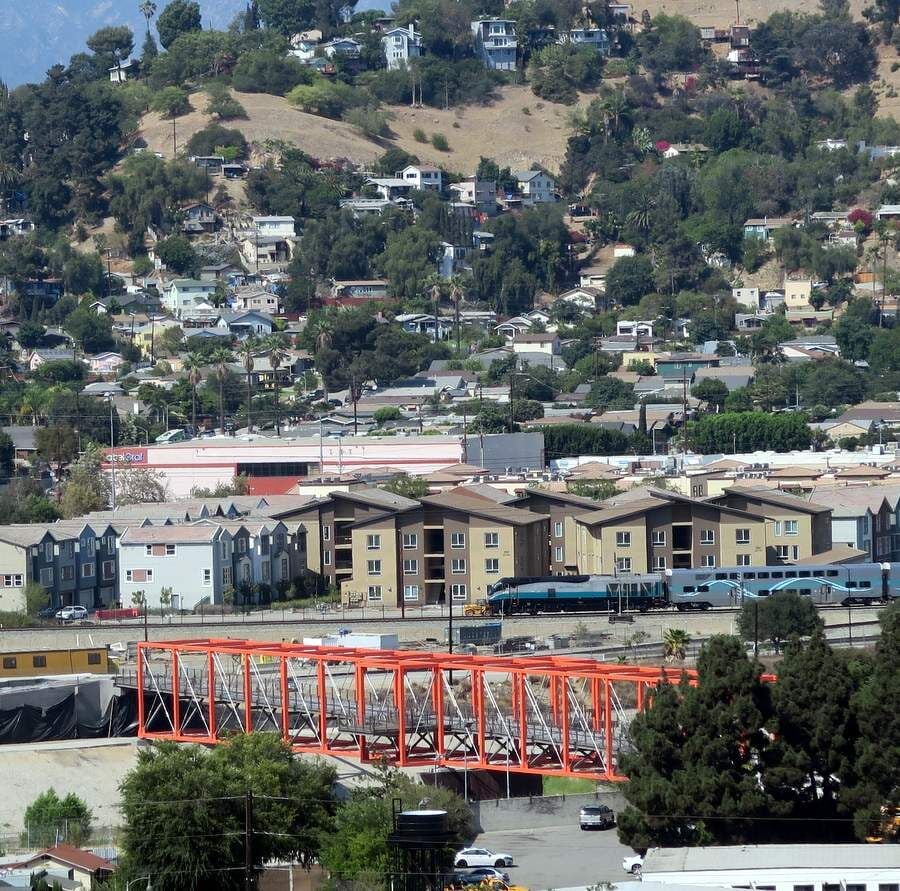 The Taylor Yard bridge as seen from Elysian Park 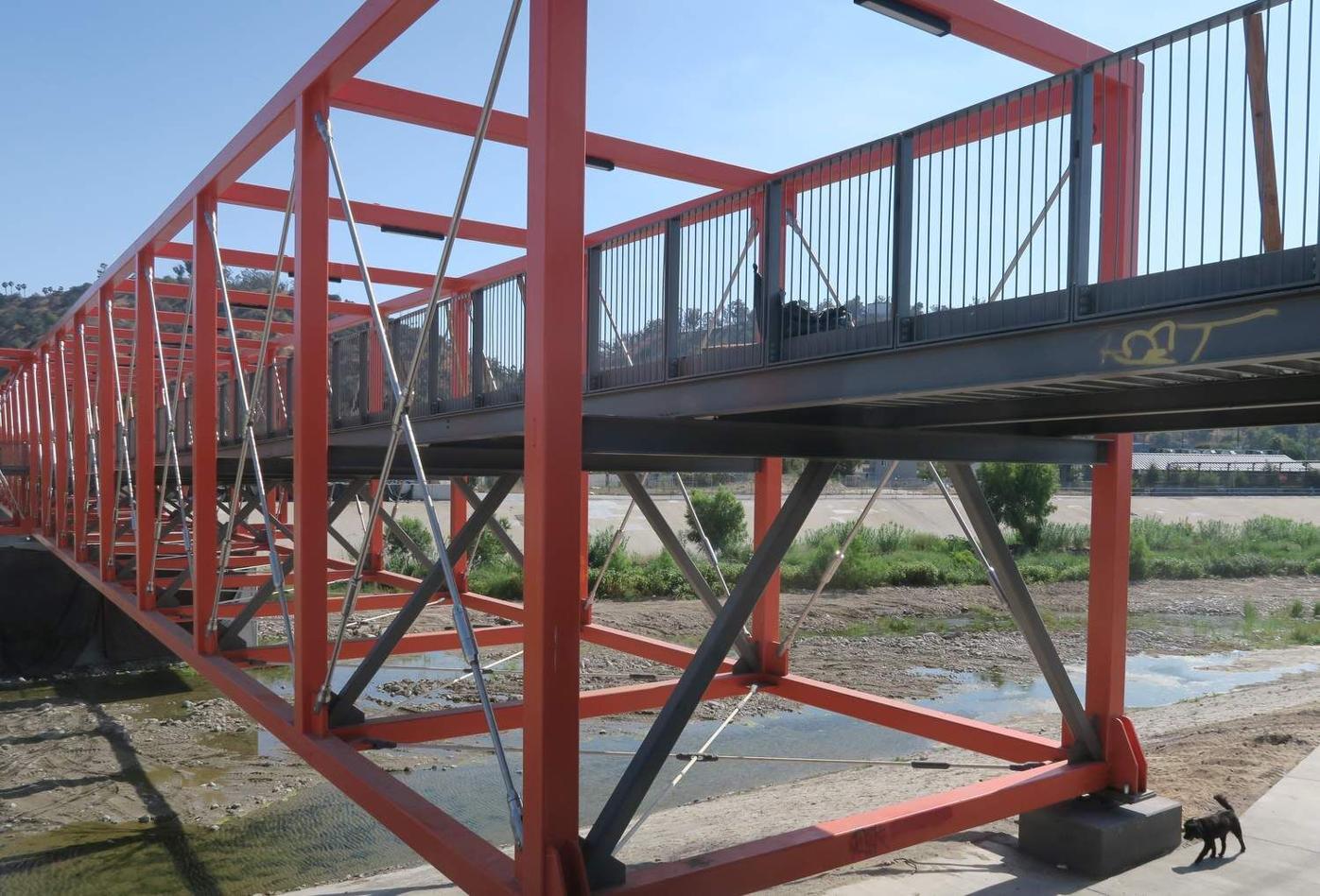 Pedestrians and bikes will travel over a deck in the middle of the orange frame. 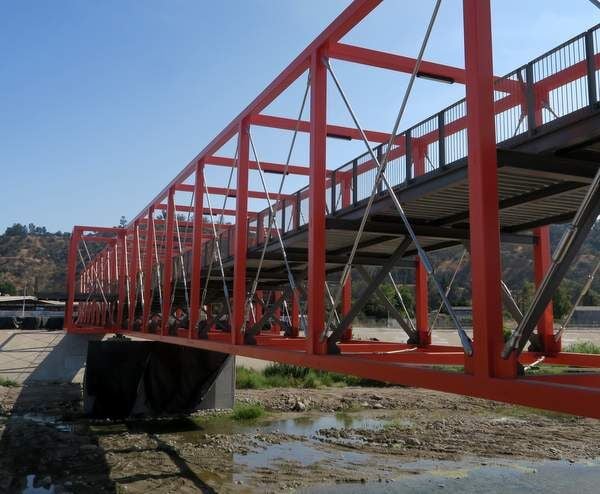 The Taylor Yard bridge will link Elysian Valley and Cypress Park across the L.A. River. 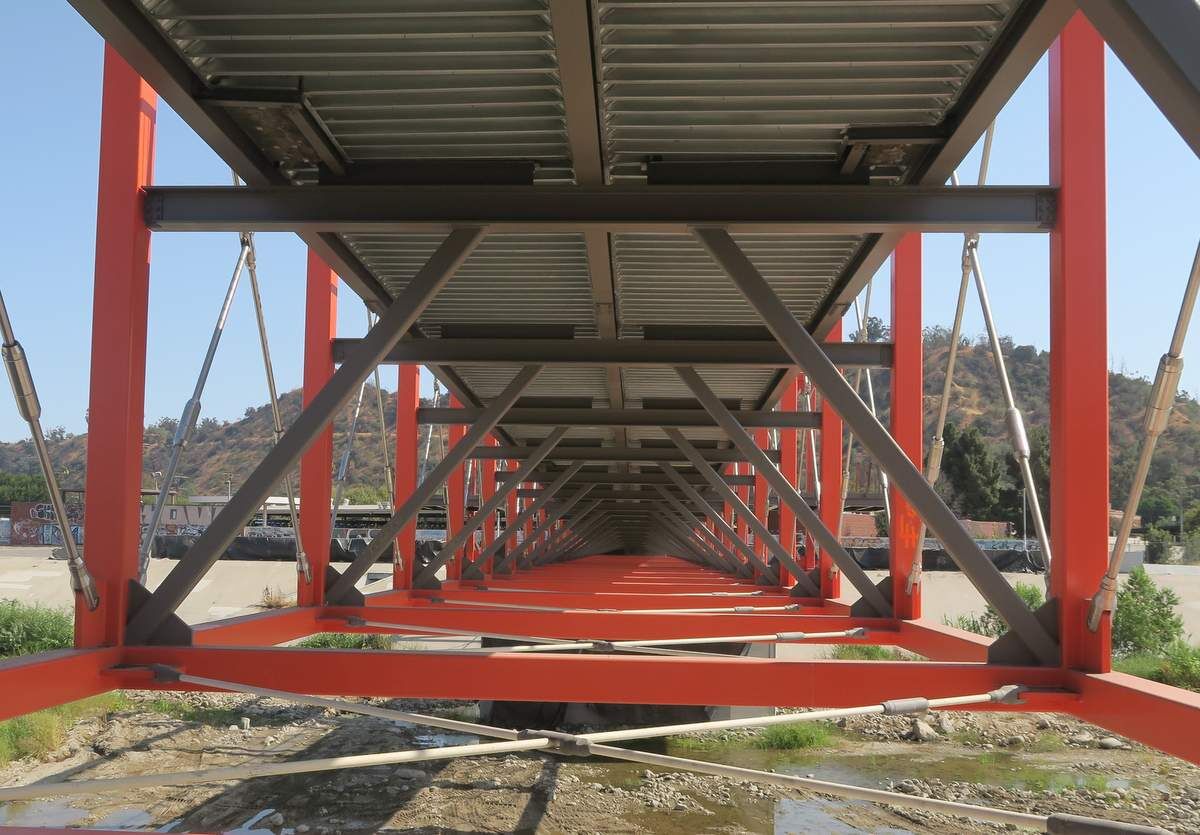 Metal framing under the bridge's deck. 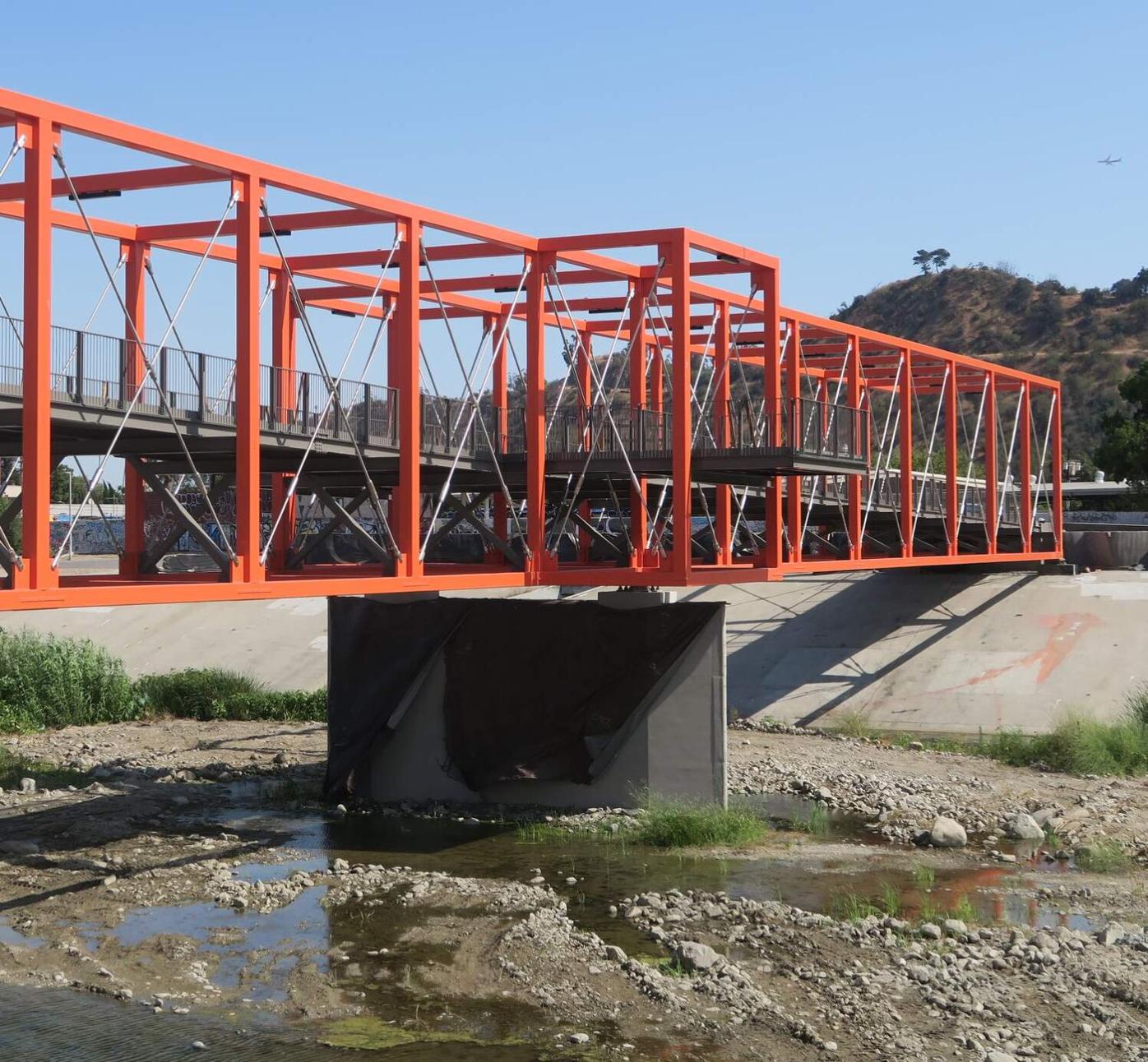 Observation decks protrude over the L.A. River from the center of the bridge. 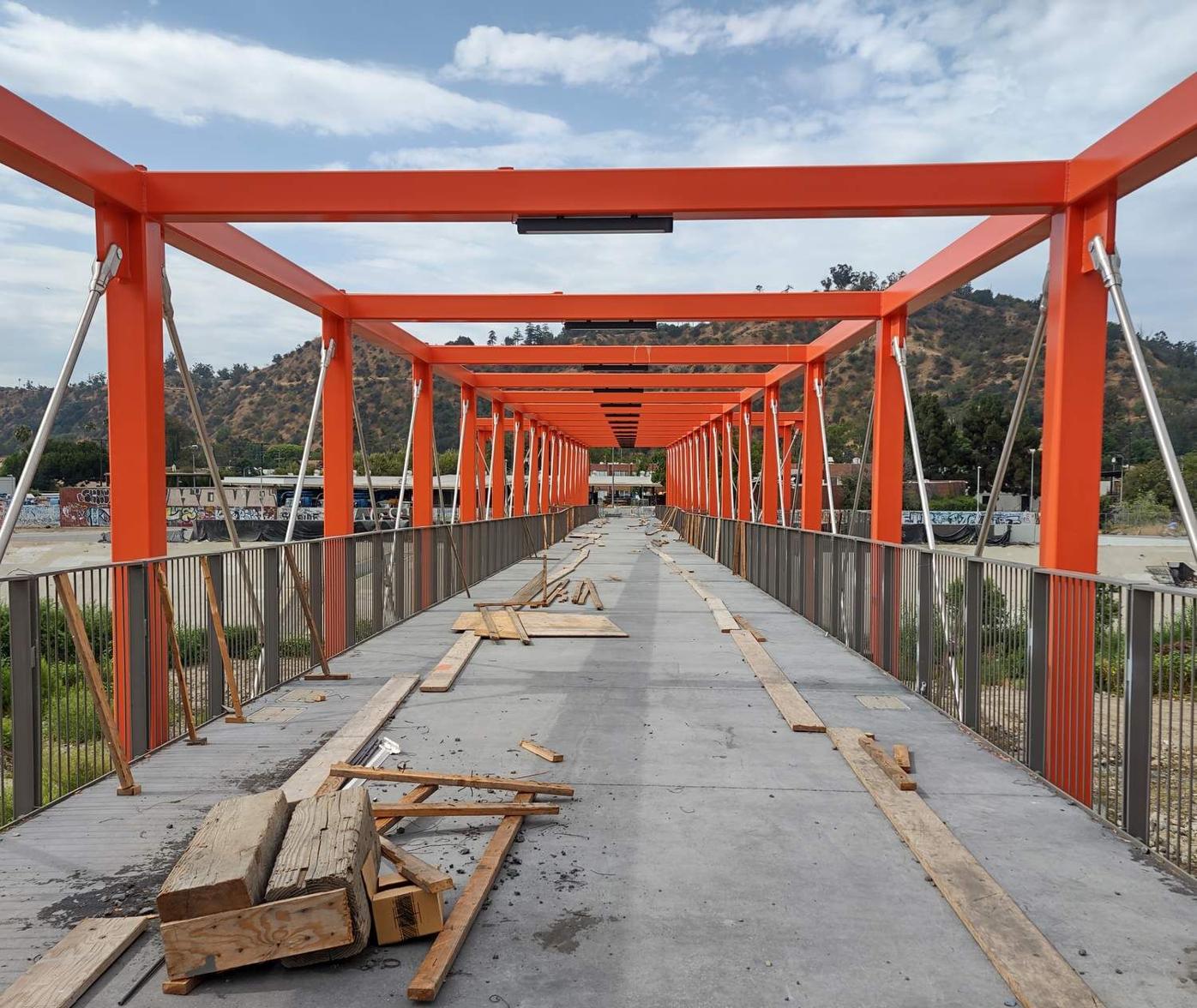 Cypress Park -- The Taylor Yard bridge is not expected to be finished until later this summer. But it's already making a big, orange statement on the landscape.

The structure -- officially known as the Taylor Yard Bikeway/Pedestrian Bridge -- is the third L.A. River bridge to be constructed in recent years in a stretch of the river know as the Glendale Narrows. And like the other bridges, the Taylor Yard bridge will be off-limits to motor vehicles. Instead, it's intended for pedestrians and cyclists.

For pedestrians and cyclists, the metal structure will create a much more convenient link between Cypress Park and Elysian Valley.

The cost to build the bridge, which is funded by Metro, proved much higher than original estimates.

The bridge, funded by Metro, will cost about $19 million, according to a 2017 estimate.

Wow, what an eyesore that thing looks like. What is the matter with a common pedestiral bridge like the ones that were on the river for many years? They look fine, this looks terrible. So does the monstrous suspension bridge for such as short span north of Los Feliz Blvd. Who is approving these horrible designs, how can we fire that person?

And where is all that money really going, certainly not to such a short bridge.

How could this latest bridge possibly cost more than that monstrous suspension bridge did?

i think it looks great, its way better than that skinny old bridge that looks like junk.

this is how much it costs to build things these days, it aint the 50's