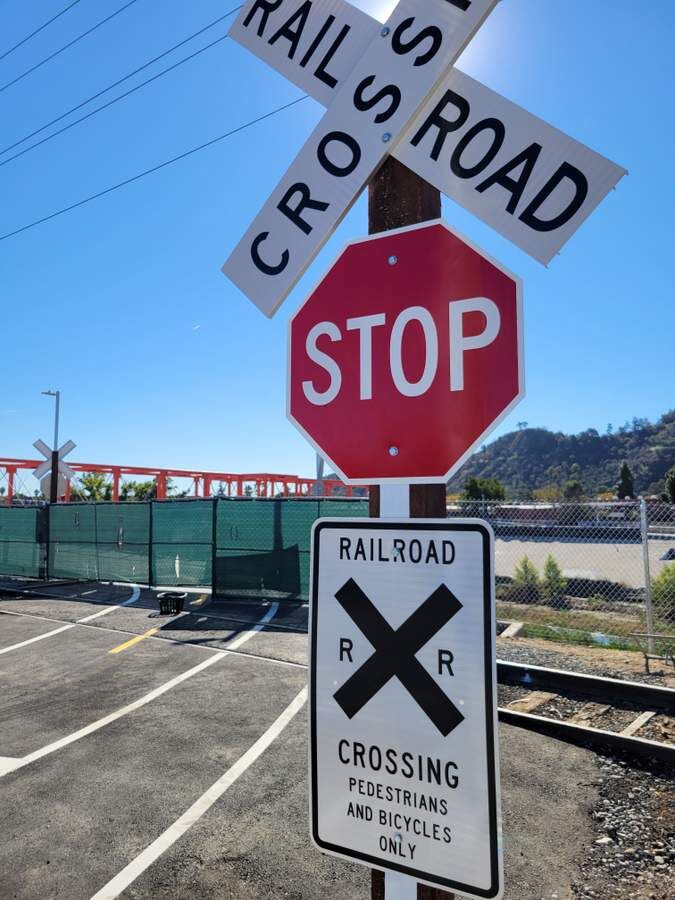 The Cypress Park end of the bridge is near a raiload track connected to the Metrolink maintenance yard. 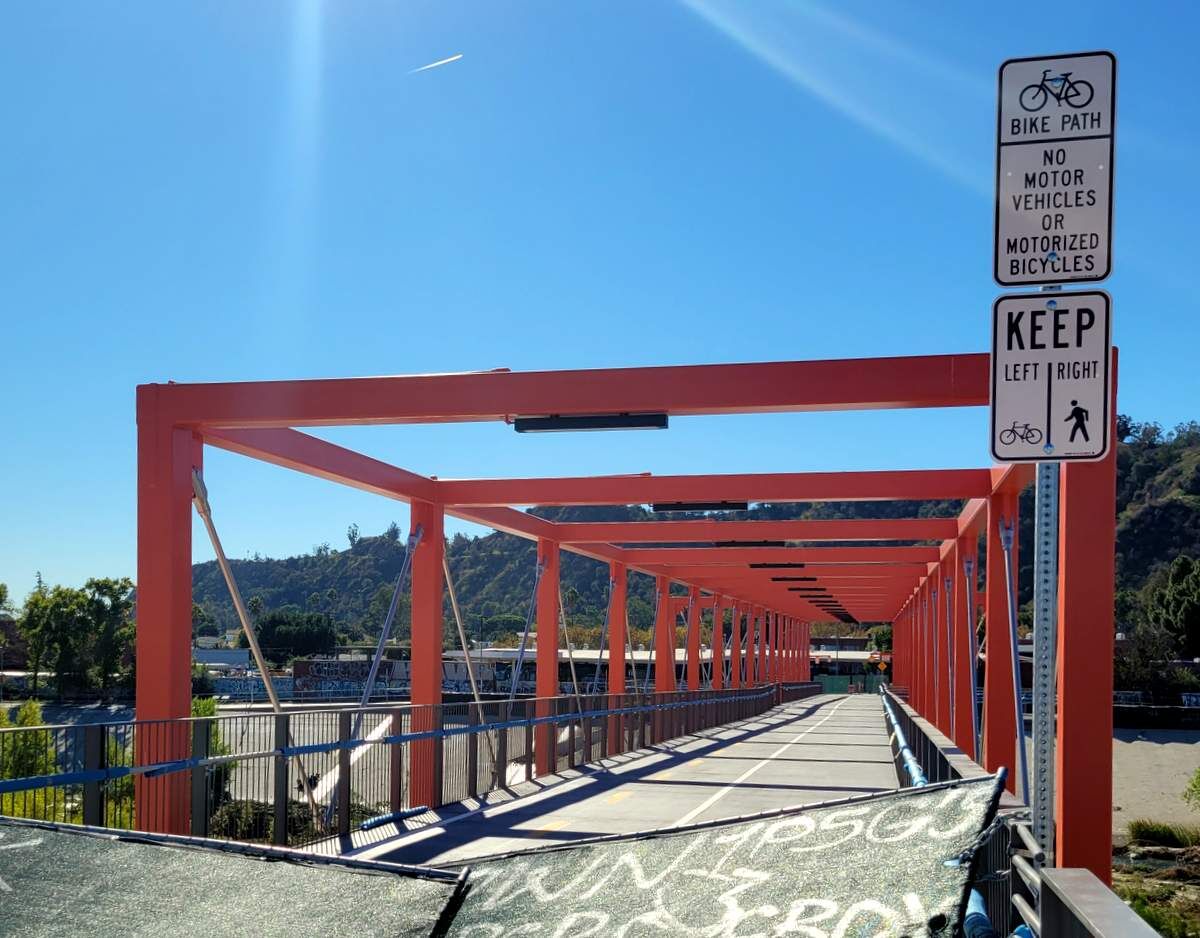 The blocked entrance to the Taylor Yard bridge. 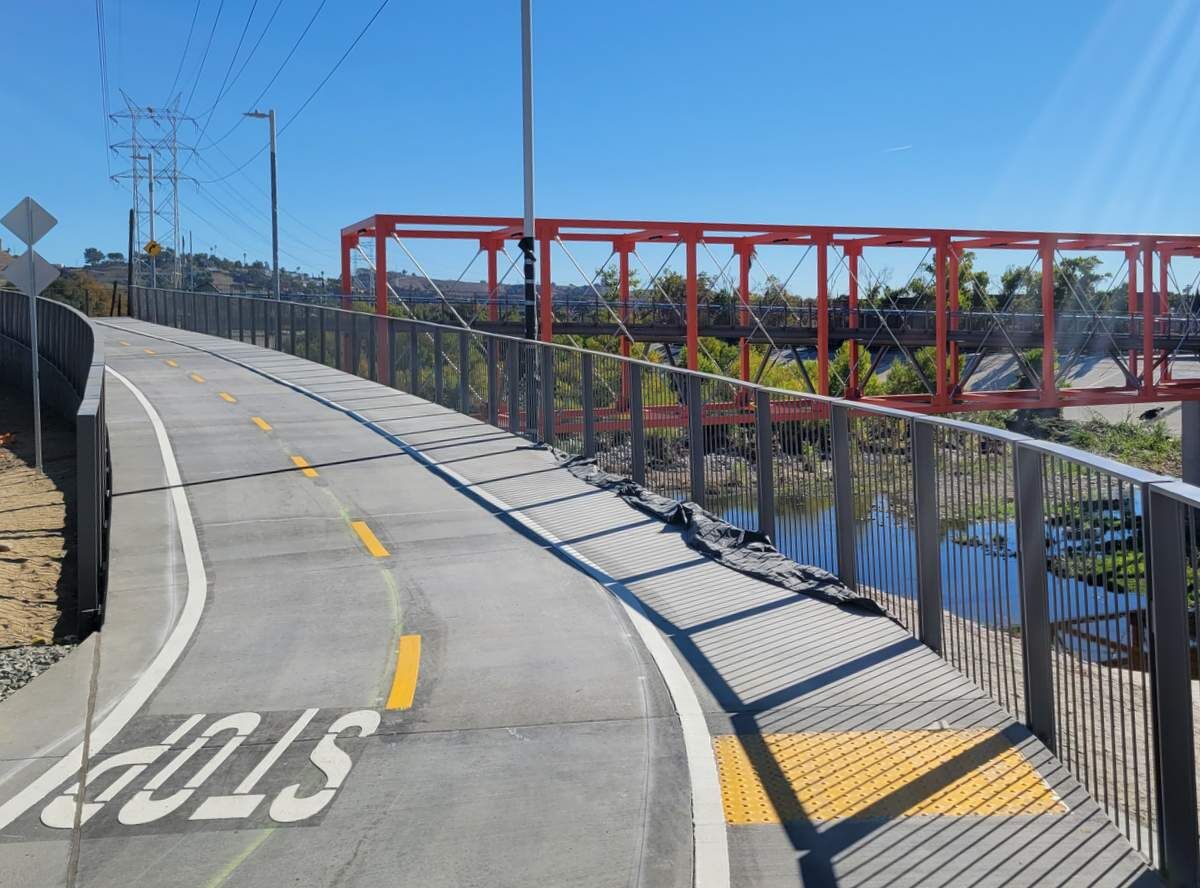 A ramp for bikes and pedestrian provides access to the Cypress Park end of the Taylor bridge.

The blocked entrance to the Taylor Yard bridge.

It may look like the new Taylor yard pedestrian and bike bridge between Cypress Park and Elysian Valley is ready to cross. But the 400-foot-long span across the L.A. River remains closed, with officials awaiting some final parts.

The bridge -- a skeleton of orange and black tubular steel and metal rods -- was to have opened in the summer. Then later in the fall. Now, "we are still hoping it will be done by the end of the year," said Mary Nemick, spokeswoman for the Bureau of Engineering.

"We are still waiting for some items that are delayed by supply chain delays," she said.

The structure -- officially known as the Taylor Yard Bikeway/Pedestrian Bridge -- is the third L.A. River bridge to be constructed in recent years in a stretch of the river known as the Glendale Narrows. And like the other bridges, the Taylor Yard bridge will be off-limits to motor vehicles. Instead, it's intended for pedestrians and cyclists.

For pedestrians and cyclists, the metal structure will create a much more convenient link between Cypress Park and Elysian Valley.

The cost to build the bridge, which is funded by Metro, proved much higher than original estimates.

The bridge, funded by Metro, will cost about $19 million, according to a 2017 estimate.