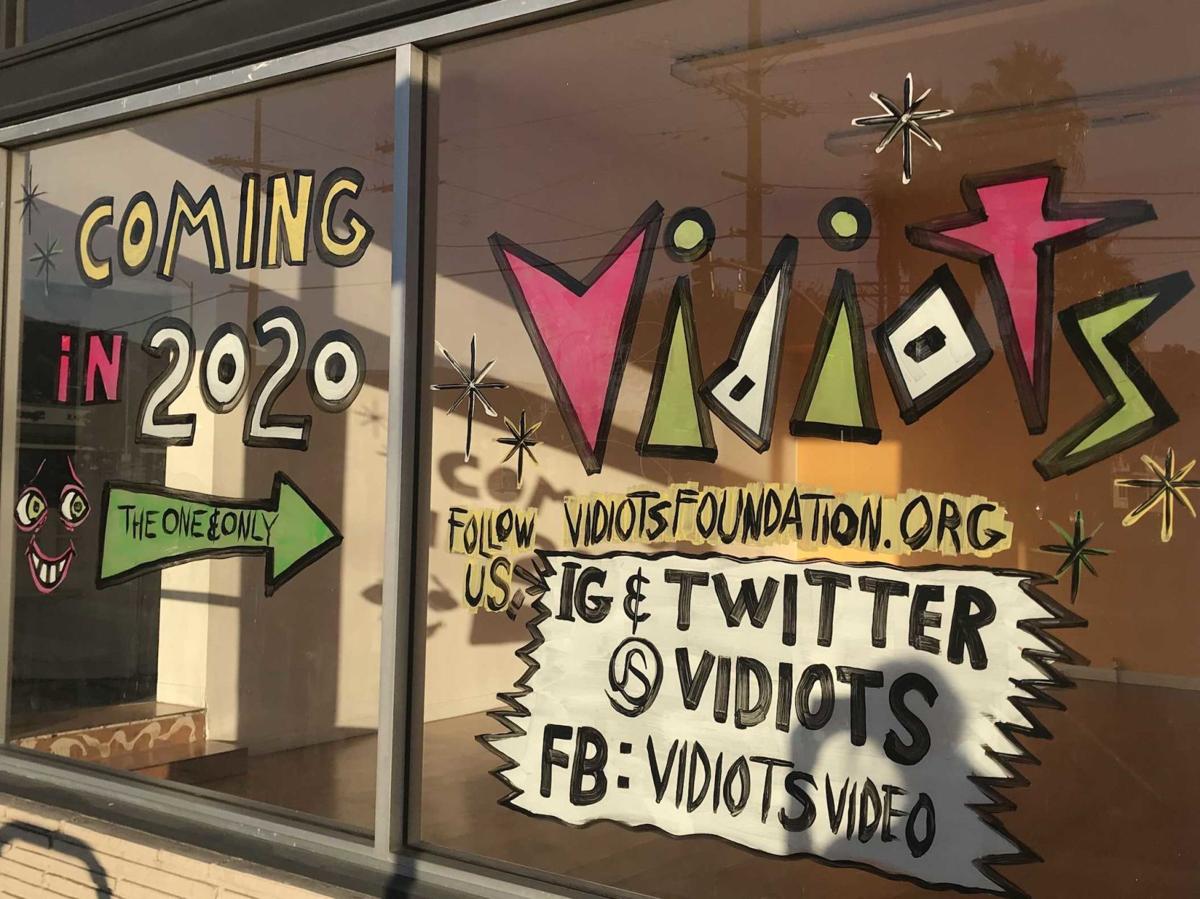 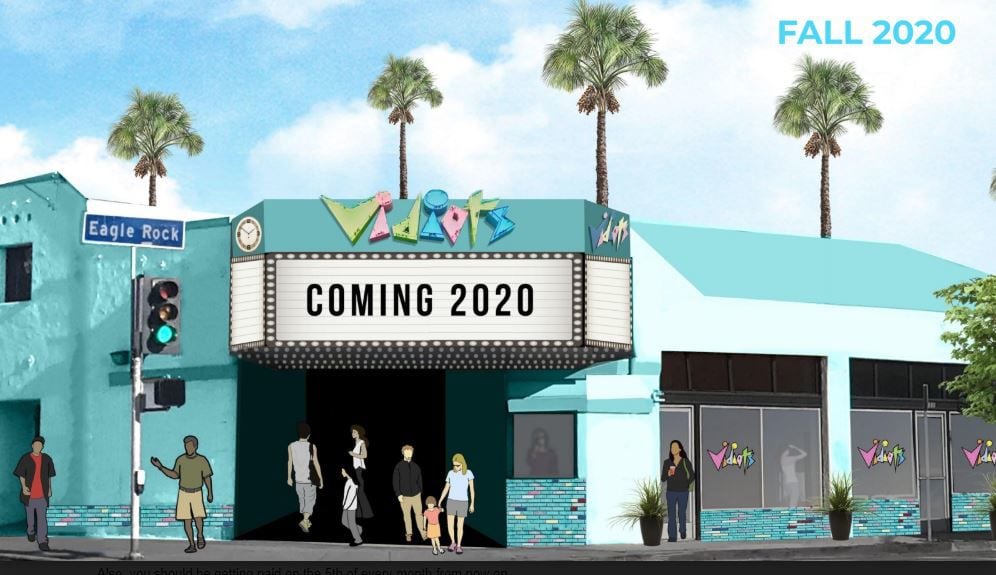 Rendering of Videots in the former Eagle Theatre in Eagle Rock.

Eagle Rock - The new Vidiots theater and video store will probably open in the former Eagle Theatre by November 15, in time for the company's 35th anniversary.

"So far we seem to be on track," said Maggie Mackay, executive director of the Vidiots Foundation. "But we know there’s always a possibility it could go into 2021."

The beloved alternative video store, which did business in Santa Monica from 1985 to 2017, is gearing up to reopen at a rental store, theater and social space at the old Eagle Theatre at Eagle Rock Boulevard and Yosemite Drive - and a lot of people are rooting them on.

"The importance of Vidiots," said comedian and active supporter Patton Oswalt, "is the importance of an idiosyncratic used book store, opinionated indie record store or curated pop-up art gallery — for the sense of wonder, creativity, and confidence it can instill in its customers."

Eagle Rock has that to look forward to. But before that happens, the space needs more bathrooms, all of which have to be ADA safe, Mackay said. They're also setting up areas for the video store and lending library, as well as more social space. A beer-and-wine license has been applied for.

Then there’s roof work and electrical work being done - plus, the theater area itself is actually too big, a relic of times past when a 200-seat theater could easily fill up.

"The bones of the building are actually pretty good," Mackay said. "But it has not been used as a movie theater in 20 years," she said of the space that had most recently housed a church.

Organizers said that fundraising, at least, has been going well - and for a reason: Customers and fans of Vidiots include some well-known names in show business. Oswalt recently appeared at a benefit for Vidiots - a screening of "Sex Madness Revealed" at Bootleg Theater. That film's producer, Tim Kirk, is also a fan of the store.

"I lived blocks from the original Vidiots location," Kirk said, "and it was like a second home. I met so many of my favorite films and favorite filmmakers in their aisles. They had this 'free with a rental' rack that was overflowing with odd, homemade, lost and never found films. There is something so unique to the experience of VHS browsing. That experience, my eyes flicking in seconds from Herzog to Harold Lloyd to Al Adamson, messed up my head and my films in a great way."

Oswalt is also listed among the founding members, a ground set up by actor and director Mark Duplass. Other members include Rian Johnson (director of “Knives Out”) and actress Aubrey Plaza. Producer/director Jason Reitman is also donating a projector, Mackay said.

Then there are the people in the neighborhood who are just glad to see the old Eagle Theater coming back to life. It ran as a movie theater from 1929 to 2000, after which is was used as a series of churches.

"We could have someone who saw 'Desperately Seeking Susan' when she was a little kid," Mackay suggested.

Cannot wait! This is going to be one of my frequent hangouts.

Glad to see the Eagle coming back to life. My pals and I spent many happy Saturday afternoons with my 10-to-12-year-old pals at the Eagle for a newsreel, at least ten cartoons, and a (kid-appropriate) movie.

I remember causing much upheaval in my home on the Saturday I decided that instead of leaving after the movie, I'd simply stay for the evening show (an entirely different movie). This was pre-cell phone days—it never occurred to me to tell anyone that I was staying; I knew where I was!—and my parents had several choice comments once they tracked me down. It wasn't a deliberately rebellious or malicious action on my part, I just wanted to see another movie! But I did miss out on the next several Saturday kid-matinees.