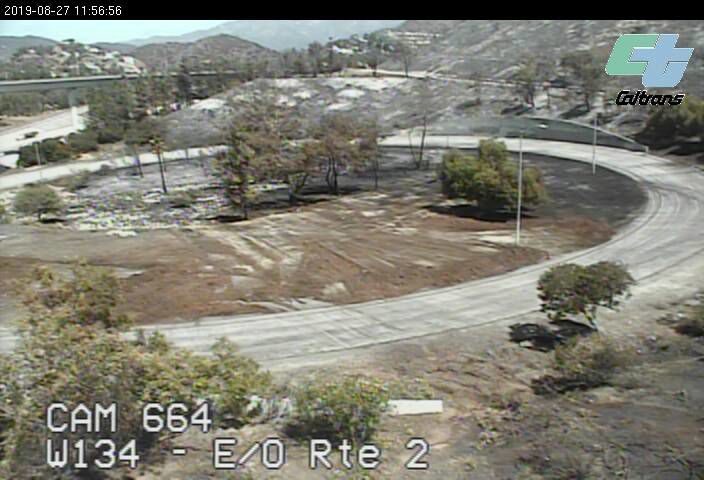 A freeway camera shows the scorched interchange of 2 and 134 Freeway on Tuesday morning. 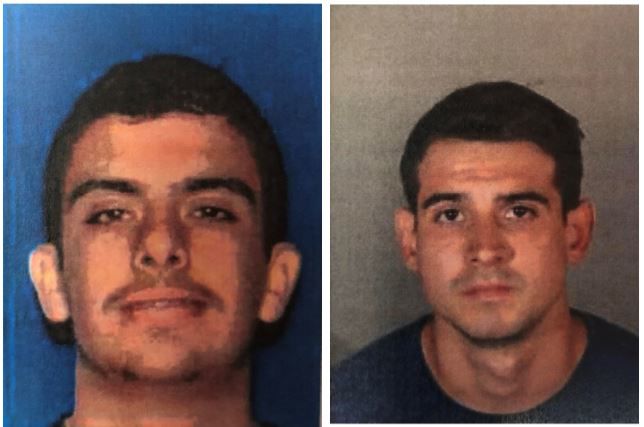 Eagle Rock --  Two men have been arrested in connection with last month's brush fire that burned about 45 acres near the 2 and 134 interchange, the LAPD announced this afternoon.

NBC4 reported that authorities believe the fire was intentionally set and targeted a homeless encampment next to the freeway.

Bryan Antonio Araujocabrera, 25, and Daniel Michael Noguiera, 25, were arrested early Saturday morning, according to a brief statement issued by the LAPD. The case will be presented to the District Attorney on Wednesday, said the LAPD.

The two suspects were arrested at a home on Hill Drive just blocks from where the fire started on Aug. 25, NBC4 said. Noguiera was released on Sunday after posting $1 million bail, according to the sheriff's department. Araujocabrera remains in custody.

According to NBC4, the fire was ignited by some sort of incendiary device after a someone inside a blue pickup truck "exchanged words" with the occupants of that homeless camp, the sources said. As a result, NBC4 said, authorities concluded that the fire was allegedly "set with the intention of killing the campers."

It took firefighters two days to fully contain the wildfire, which wound up jumping the Ventura (134) Freeway and threatened some homes, although none ultimately burned. The blaze sent a large plume of smoke visible across the basin, and forced the closure of the 134 and 2 freeways.

Update: ABC7 says Noguiera is the son of a prominent Eagle Rock businessman. The Eastsider has contacted Michael Noguiera, president of the Eagle Rock Chamber of Commerce, to see if there's a family connection with the suspect.