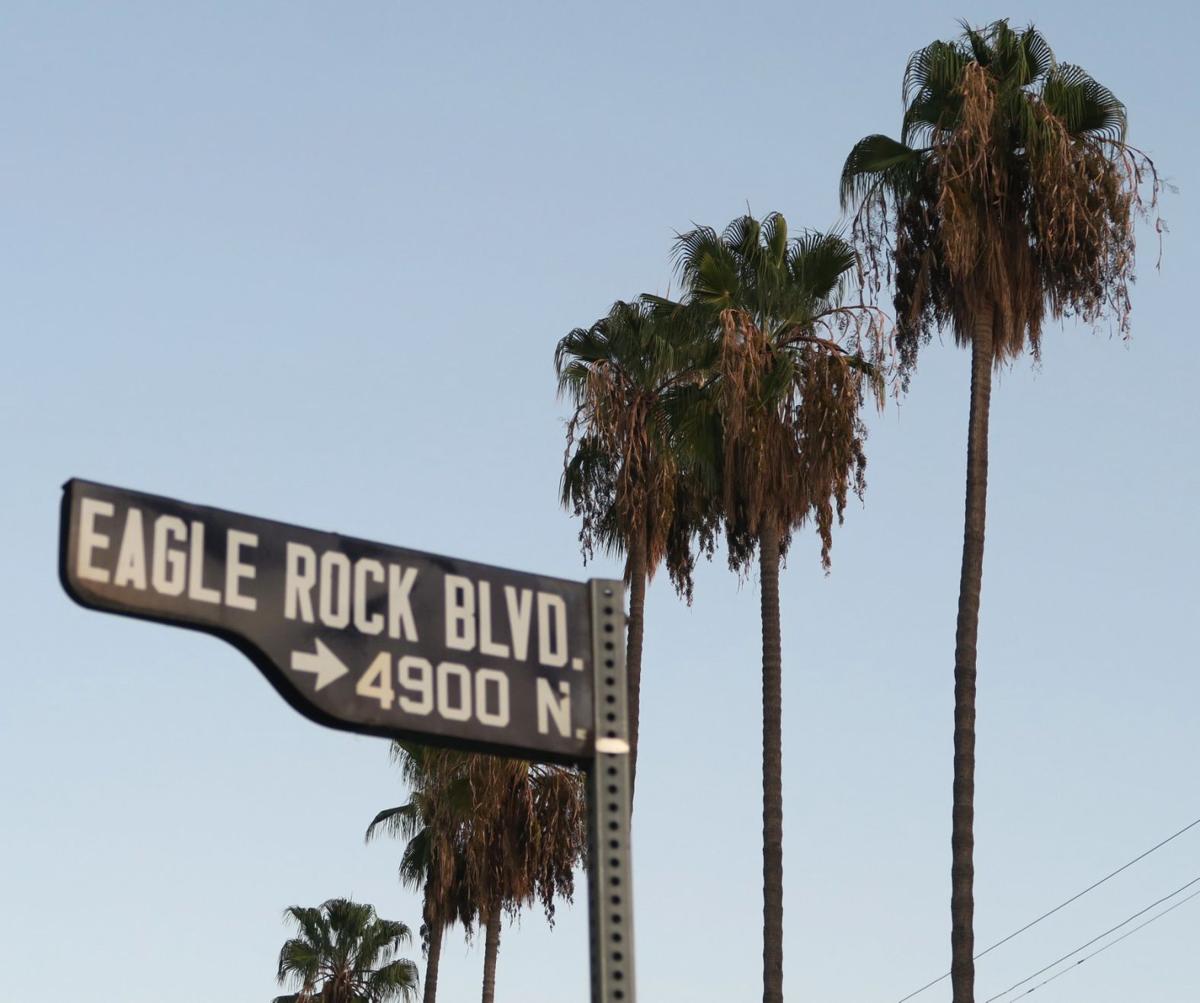 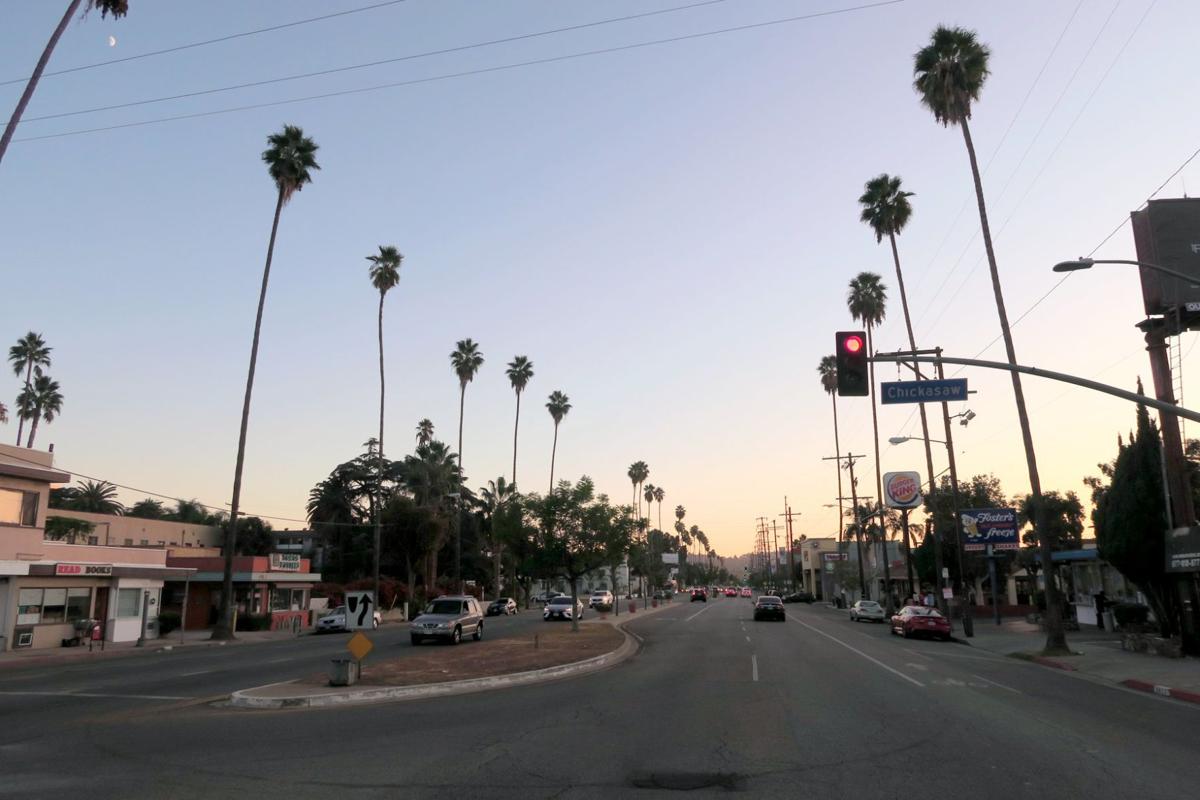 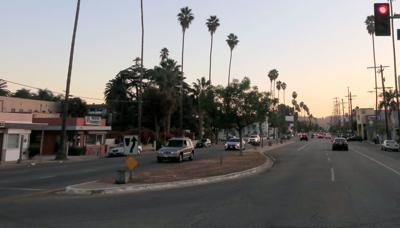 Eagle Rock -- Eagle Rock Boulevard will be getting a $16.2 million makeover intended to create a safer, sustainable and more attractive destination. But it will be several years before any changes take place.

Metro board members in late September approved funding for “Rock the Boulevard,” a project co-sponsored by the Eagle Rock Association (TERA), Los Angeles City Councilmember José Huizar and the City of Los Angeles.

The process to secure funding took about 18 months, according to TERA President Greg Merideth.

“In the end, we're very happy with the outcome,” Merideth said via email. “We believe that this will result in significant street and mobility improvements for Eagle Rock and Northeast Los Angeles.”

The Rock the Boulevard effort was launched after neighborhood activists and officials had spent about two decades focused on Colorado Boulevard, where planning guidelines have encouraged more pedestrian-friendly features and helped attract new restaurants and shops to Eagle Rock's main drag.

According to TERA’s website, the plan lists 15 changes to Eagle Rock Boulevard, including an expanded median from York to Westdale, a new crosswalk at Corliss Street and an improved crosswalk at Ridgeview Avenue, ADA-compliant ramps, opportunities for plantings and public art, changes to bus stops and added parking-protected bike lanes, to name a few.

“[The plan] will stimulate economic growth, make the boulevard more visually appealing, and develop a realm where pedestrians, cyclists, transit riders and drivers can safely coexist,” says the Rock the Boulevard mission statement.

A final agreement over use of the funds from the county is expected to be reached next year, according to Paul Gomez, a spokesman for the Department of Public Works. After that, there will be two to three years of design work followed by construction, which itself could take another two to three years to complete.

Gomez said the current funding — which was allocated from funds leftover by the rejected plan to close the 710 freeway gap — will cover the entire “Rock the Boulevard” project as originally proposed.

“Given that a vision plan was developed for the Eagle Rock Boulevard project, we aim to give priority, if necessary, to these community-driven elements,” Gomez said via email.

Laura McKinney, communications director for Councilmember José Huizar, said the project will be managed by the Bureau of Street Services, also known as StreetsLA.

“Our office will work with [StreetsLA] and the community to provide feedback or concerns as they finalize design and the construction timeline,” McKinney said via email. “We expect to keep the community engaged and informed throughout the entire process.”

According to Merideth, it is currently unclear exactly what role the community, including TERA, will play in the design of the project. He said TERA will be working with Councilmember Huizar’s office and the Bureau of Street Services to get more concrete answers.

Flora Adamian is a freelance journalist, former reporting fellow at KCRW Berlin, and past editor of The Occidental.

I've not been back to Silver Lake to shop since the road diet went in.

That seems irrational. There's no traffic on Rowena for like 90% of the day (and 100% on weekends). Are you just trolling? If so, ok ok.

Are you kidding? Do you work for the LAiDiOT who think they know about traffic, create road diets and make us sit in traffic. Drive down Rowena blvd. during rush hour see how long it takes to get through an intersection with lane reduction.

I can't respond to you, Haywood. But you clearly misunderstood me. I wasn't referring to rush hour as the 90% of the day (I mean, c'mon). I do not drive on Rowena at rush hour. But I drive on it at other times of day, and it's fine. Do you understand my words now?

Wrong, bob boy, you clearly do not live in the Hyperion Corridor.

Rush hour is just a term, it is not a single hour. It starts by 3 p.m. or earlier, runs to 7 p.m. And they are all going to the only access to the freeway, which is only via Rowena Avenue.

That causes traffic to back up all the way down Hyperion Ave to King Middle School, and by 4 p.m. to 7 p.m., that is just a parking lot, cars can't even move along, it can take more than an hour to get down that stretch because of the backup caused by a one-lane Rowena. It is better in the morning, when all that freeway traffic instead has to exit the freeway in Atwater and cross over the Hyperion Bridge, avoiding the one-lane Rowena.

In desperation, cars have clogged all surrounding streets, even the tiny ones in the hills.

I cannot get to my friends home in Atwater Village from 3 p.m. to 7 p.m.! I can't get to the freeway south. Without the traffic, it is a 10 minute ride to Atwater; with the unnecessary traffic backup, it takes more than an hour -- but that is the intention of the largely unused bike lanes forcing the loss of a traffic lane!

It doesn't work for biking, no one is changing to bikes, it remains rare to see a bicycler in the bike lanes 20 years after they have been introduced to Silver Lake, first on Sunset Boulevard. It only deprives.

That’s is some incredibly vague language, you can’t tell what is going in.

For instance, “parking protected bike lanes.” What does that mean? I gather the cars the now park along the curb will instead park int he right-most traffic land, and that lane will no longer be for traffic, a traffic lane is lost. And the bikes to the right of it. Were the residents, as well as all the users of Eagle Rock Boulevard, given an explanation that it meant the loss of a traffic lane?

And while there might be good things about an expanded median, I see nothing to note it will expand at the expanse of — the traffic lanes. Was anyone told they would need to balance out the two things, or where they just told, do you want more plantings in the median?

Between those two, it seems certain the plan is to eliminate a traffic lane in each direction. Yet there is nothing that actually says that.

The rest of it, “mobility,” “vision plan,” the full mission statement, is all just jargon.

And the headline declaring this plan to be “TLC” — that is quite a biased headline, highly opinionated.

Hi Tom, I don't have anything to do with this plan, but I know the answers. There's no loss of a traffic lane where there are currently two lanes in each direction. The daily vehicle volume levels are too high to reduce the road from 2 lanes to 1 (in each direction). So, the parking is shifted to the left, and the bike lane is shifted to the right of the parking lane. So in each direction it goes, "travel lane, travel lane, parking lane, bike lane, curb." There will probably be a reduction in the median where needed.

That said, I'm assuming there will be a reduction from 3 to 2 lanes in each direction between York & Westdale. Which... who cares? Three lanes is overkill. It's bizarre how Eagle Rock Blvd expands to 6 lanes total for like half a mile.

All Signs Point to Homes in Echo Park, Highland Park and Hollywood