Get Ready to Vote: Here's your chance to have a…

All Signs Point to Homes in Mt Washington, Echo… 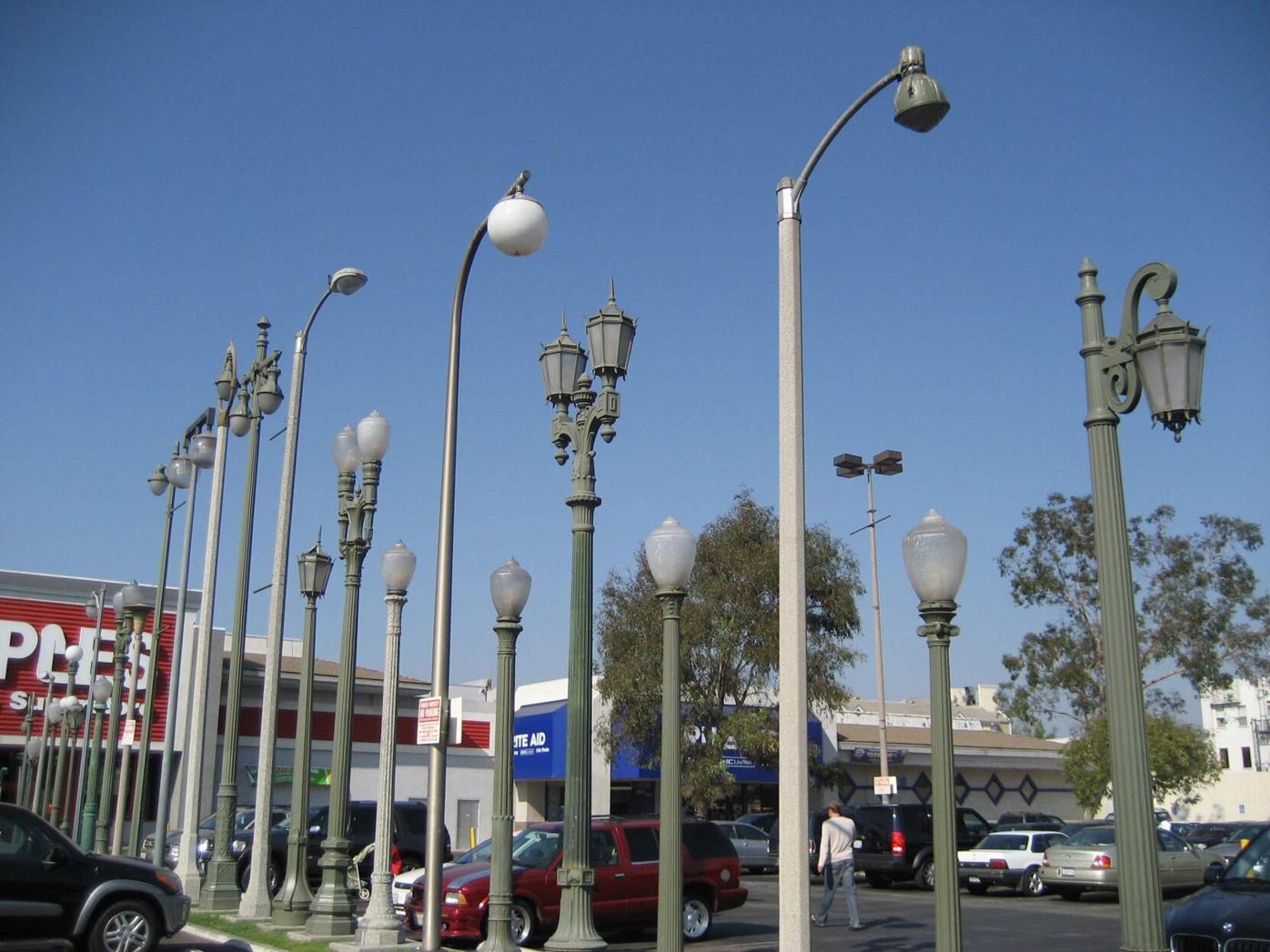 The original Vermonica installation, before it was moved in 2017. 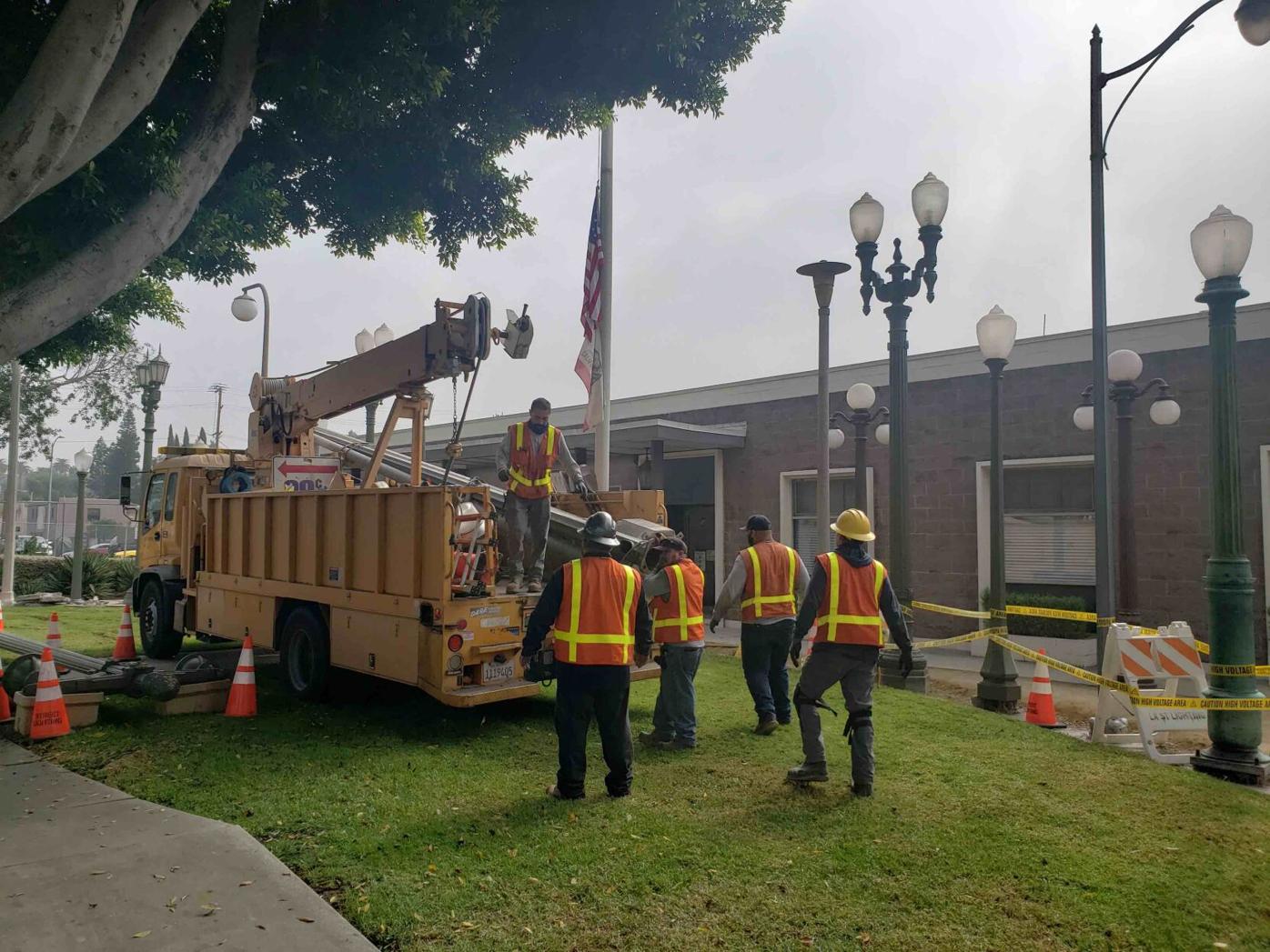 City workers remove the street lamp display from in front of the Bureau of Street Lighting office on Santa Monica Boulevard - to put them back up along the sidewalk next door. 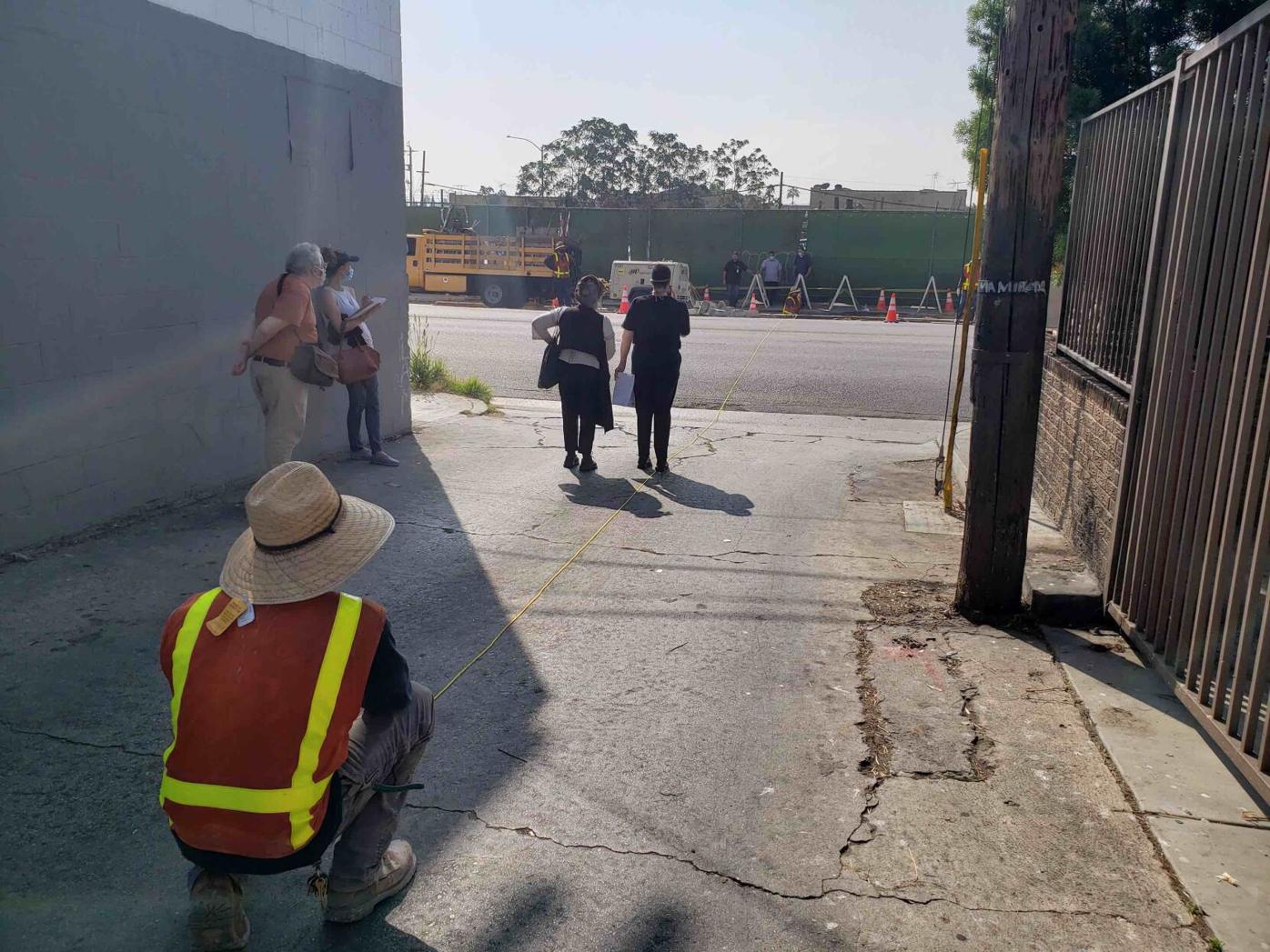 On Lyman Place, measuring the exact center of where the Vermonica display is going to be when it is reassembled across the street.

East Hollywood - A public art work made up of old city street lights - arranged just so.

This public art arrangement that once stood in the Rite Aid parking lot at Vermont Street and Santa Monica Boulevard is now being set up again about a block away.

Twenty-five light polls - each one a different style, often from a different era, but all formerly part of L.A.'s street lighting system - are in the process of being moved and arranged along a stretch of Santa Monica Boulevard, with the center of the configuration lined up with Lyman Place. The display is called Vermonica - after its original street near Vermont and Santa Monica.

“I hope it’s going to be an optimistic thing for everybody because we could use a little brightness in our lives,” said the artist, Sheila Klein.

The display originally went up in the shopping center parking lot in 1993, created to highlight the sculptural aspect of streetlights, Klein said. Installed by the city under Klein’s direction, some of these lamps had not been in active for 30 to 40 years, Klein said. The display was initially only supposed to stay up for a year.

Somehow one year turned into 24.

Then in 2017, without any warning or consultation with Klein, the city took down the installation. The owner of the shopping center said work was planned for the parking lot, Klein said. (Although no major work has taken place yet, a plan has been filed to eventually demolish and replace the commercial building at the northeast corner of Vermont and Santa Monica.)

The light posts were then set up in a semi-circle in front of the Bureau of Street Lighting office at Santa Monica Boulevard and Virgil Ave. There they’ve stayed for the last three years, in an arrangement that Klein says is just … wrong.

“It is meant to be a candelabra,” Klein said. “The configuration was not in the same plane without adequate space and was never meant to be against a building. The formal integrity of the piece was lost.”

The city is now working with Klein again on this reinstallation. The completion date is uncertain, Klein said. She is currently hoping to hold an opening ceremony in early December.

All Signs Point to Homes in Mt Washington, Echo Park and Mid-Wilshire