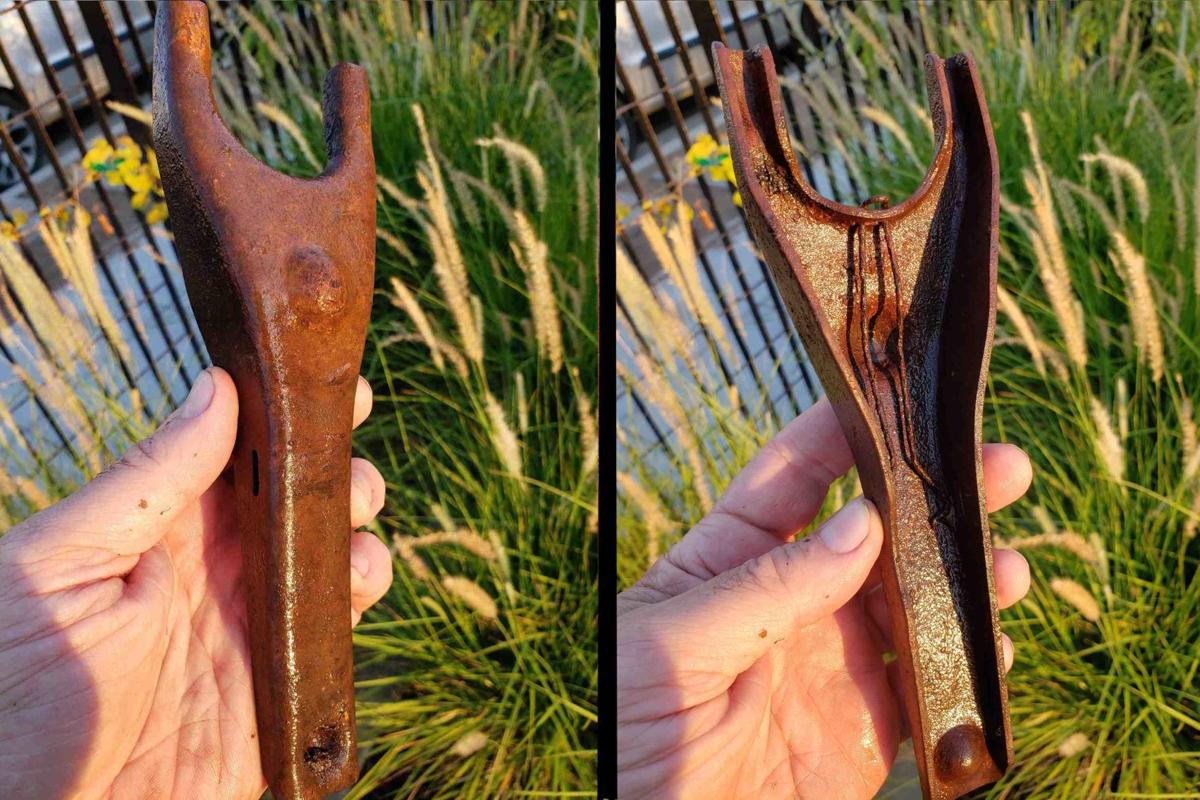 Any idea what this thing is? 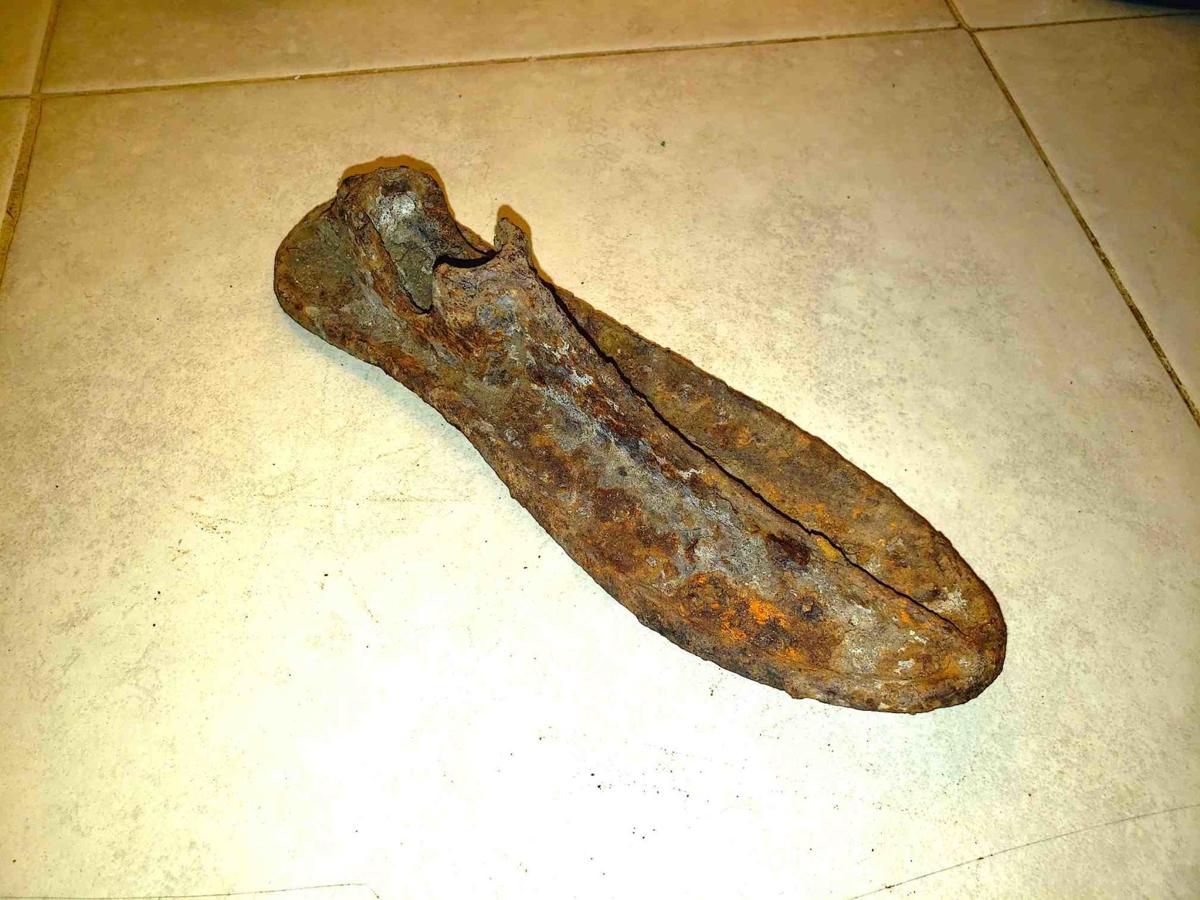 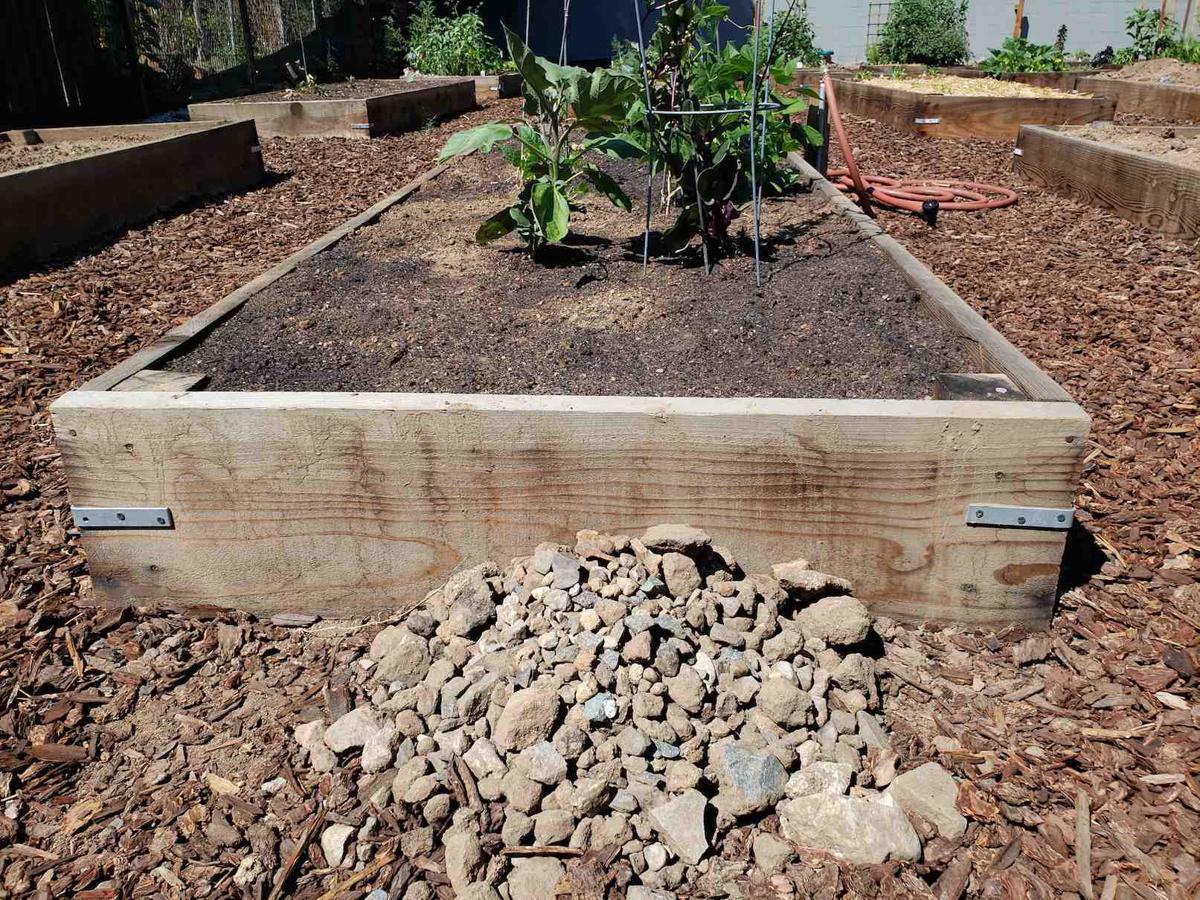 My community garden plot, and the rocks I've dug out of it so far.

The East Hollywood Community Garden opened early this summer along N. Madison Avenue near Lexington, and I am among its first set of gardeners. I am also bad at gardening. My plants die. A lot.

East Hollywood - Dirt. That was the first thing. Before we could even plant our fantasy tomatoes or quiet field peas, we’d have to wrestle with these particular beds of angry arid soil to which we’d been assigned by lottery.

On the south edge of this former vacant lot, I would eventually unearth a Bosch brand Super spark plug and a 2.5-inch metal O ring. On the north side, another gardener, Ben, found a piece of an old 45 record on which the label had rotted away. And Louise, our community garden president, dug up an unopened condom.

What was used to be here, anyway?

Map archives show that the East Hollywood Community Garden - and Madison Avenue Park, with which it shares a plot of land - were built on the former sites of two attached structures - a house and an apartment building, according to neighborhood historian Elson Trinidad, who remembers the aftermath of the fire that destroyed these residences around 20 years ago. By the beginning of 2014, when I moved across the street, it was empty, fenced off, covered with wild grasses, a nice place for garbage to randomly end up.

After years of planning and the sort of unsung bureaucratic crusades for which Unknown Soldier monuments could be erected, this patch of land finally opened over the summer as a pocket park and community garden. A group of us first gathered together not long afterwards as officially designated gardeners - some looking strangely familiar to each other because most of us live in the same neighborhood - though (this being L.A.) had never spoken.

Some experts then told us the soil was low on a lot of components. Not much in the way of organic material, for one thing - despite two decades of weeds dying in one layer atop the other. The ground was also low in nitrogen and phosphorus, though high in minerals and potassium - pretty much how UC Agriculture and Natural Resources describes L.A.’s high desert land in general.

It’s a reminder that many of L.A.’s early fortunes came from mining - and that farming here has often required extraordinary measures, such as stealing our water from elsewhere. Starting at that first gardeners’ meeting, we would begin talking obsessively about compost, the way some of us used to talk about college rock bands.

We were also taught to water the dirt for a few days, before we did anything else. Not the plants - there were none - just the dirt itself. It had been baked so solid by decades of relentless L.A. summers that it was not going to accept water without practice. After a master gardener demonstrated watering until the surface was plainly soaked, he poked his finger into the soil and still found visibly arid grit about a quarter inch down.

Only later could we crack open the earth and begin plowing up rocks, or breaking apart dirt clods that were almost rocks. Along with the spark plug and the piece of the record, we’d also dig up pieces of curved ceramic, one of which may have been part of a roof tile; it rings like steel when I drop a stone on it. Ben found a piece of metal that may have been a car part, or maybe a piece of a hinge. It’s kind of Y-shaped, with a spring wire inside.

Two other gardeners - Robin and Roxanna - found a corroded piece of metal shaped like the sole of a small, thin shoe, but with an attachment inset on the concave side.

All this is the neighborhood land that we live and, to some extent, are. Whether or not most of my plants survive until winter, we might at least leave the dirt looser and richer than we found it.