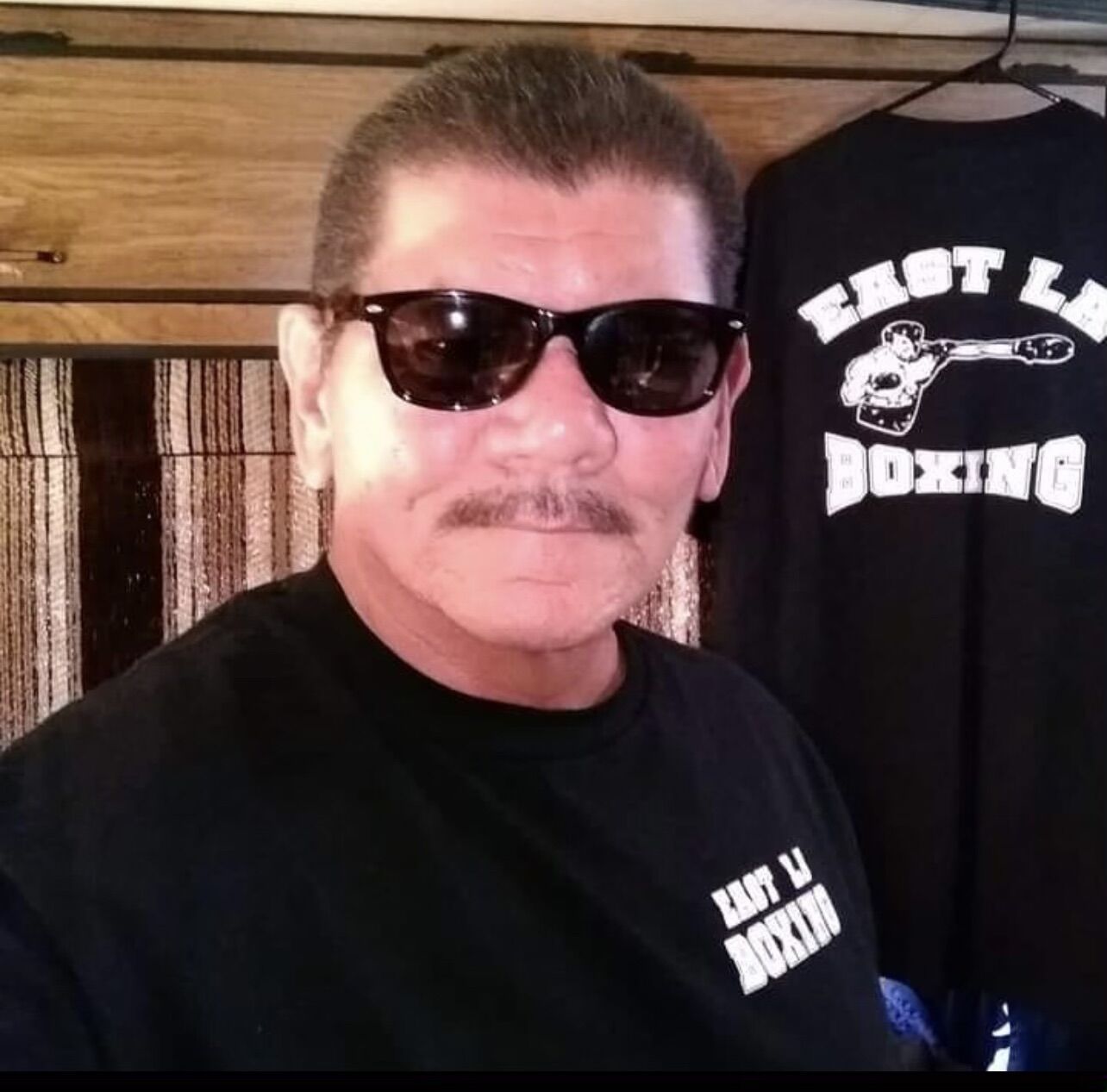 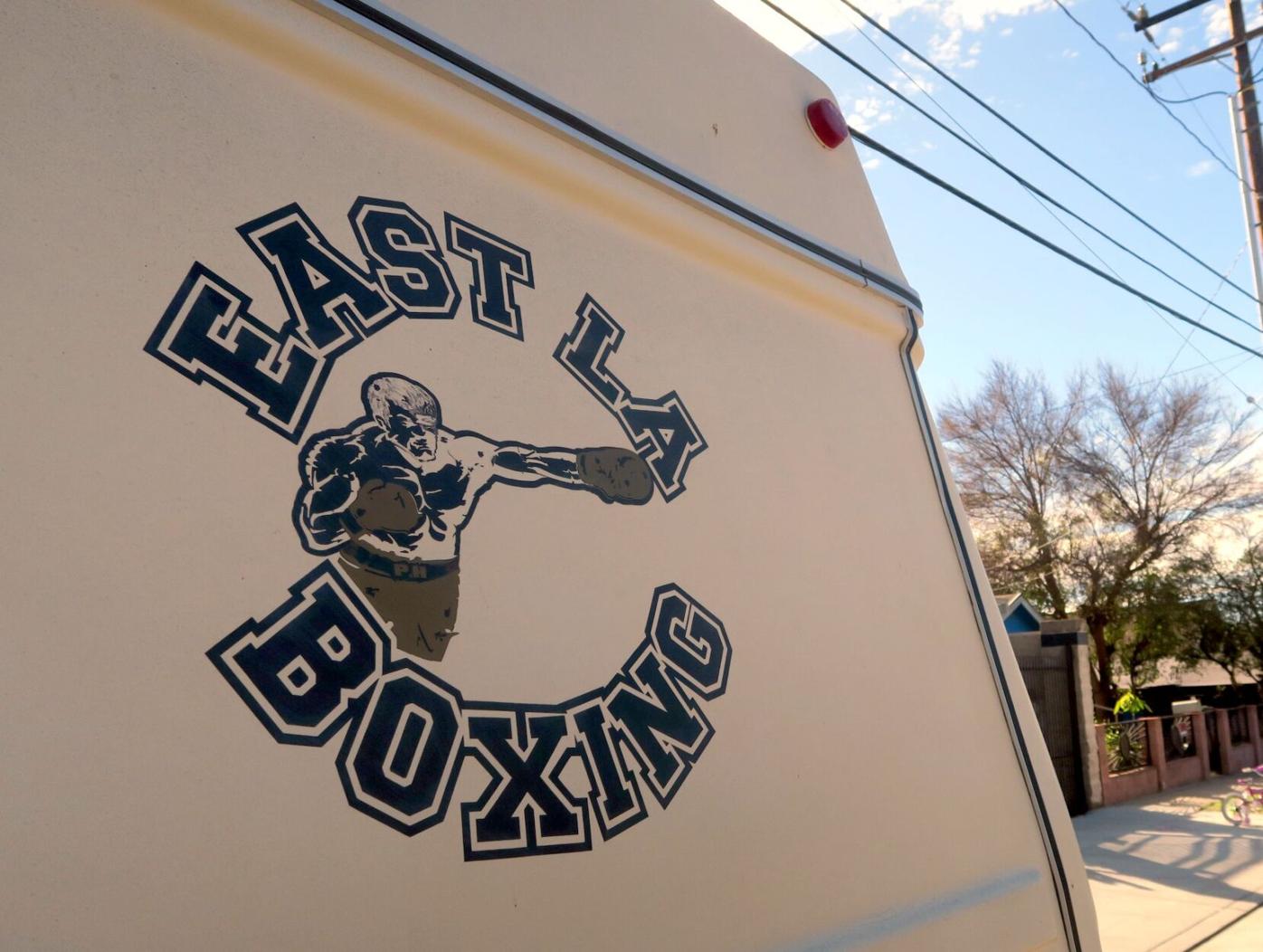 In this issue: We mourn the passing of coach Paul Hernández and look at the disappearance of East LA's many boxing training grounds. COVID deaths reach a grim milestone. And the reward in Friday’s Metro train shooting is up to $35,000.

We launched East LA Weekly last June thanks to a pandemic relief grant from Facebook. We have enjoyed bringing you stories about East LA people, issues and history. While your readership is appreciated, we also need your financial support if the East LA Weekly is to continue as a regular feature or in some other form.

You can make a one-time or recurring contribution by clicking or tapping here.  We are also seeking major sponsor to underwrite our East LA coverage. Please contact us for details.

For decades, boxing has brought glory to East Los Angeles –- home of champs like Kid Maravilla and Olympic medalists Paul González and Oscar de la Hoya. Community gyms have played a vital role in the development of these fighters. Much of the credit goes to the coaches, often unsung heroes.

East LA lost one such hero last week with the passing of Paul Hernández, a familiar figure in local rings. He fought to keep the gym at East LA Community Youth Center open. But when it closed in 2016, he vowed to continue training boys and girls in the sport that he loved.

A fixture on Dozier Street, where he parked his trailer home, Hernández was hospitalized late last week and lost a short bout with COVID. His family said he passed on Jan. 30. He was 62.

“He was the last hope to bring back to life publicly available sporting activity in East Los Angeles,” said Pablo de la Hoya, a local journalist and filmmaker who eulogized him for Boyle Heights Beat.

A 2016 Los Angeles Times story recalled how Hernández grew up on Humphreys and learned boxing at the former Cleland House on Dozier. He was a prospect for the 1980 Olympics. But, as he told Boyle Heights Beat in 2015, when the U.S. boycotted the Moscow Games, his life spiraled out of control.

He turned to drugs, did time behind bars and in 2014 returned to his old gym, then the East LA Community Youth Center. With his trailer parked in front, he helped maintain it during the day and trained kids at night.

The center eventually moved to new facilities without sports programming, shifting its focus to STEM training.

“Not all of them gained prominence, but the neighborhood has always been a seedbed for great boxers,” Páramo said. “It all starts with the gyms.”

Many are gone. Boyle Heights’ Resurrection gym, where De la Hoya trained, is now a charter school. The county-run Eddie Heredia Boxing Club is closed because of the pandemic. (It’s reputation was stained in 2017 when González, a trainer there, was arrested for allegedly molesting a young student. He is now awaiting trial).

There are still some private gyms, but Páramo said these are hardly profitable operations. “Boxers are not usually people with money,” he said.

While the number of new infections continue to decline, East LA reached the grim milestone of 300 COVID-19 related deaths this week.

Countywide, January was the deadliest month for the pandemic, with more than 7,000 COVID fatalities reported. The increased toll, authorities said, reflects the winter surge of cases that began in November.

In East LA, the latest seven-day average of daily new cases was 114 – down from a previous average of 150.

• 52 new cases were reported on Tuesday.

• A total of 23,465 cases have been reported since the pandemic began.

• In the last seven days, 21 new deaths were reported. Total number of deaths is now 300.

A two-week COVID-19 walk-up testing site opened Tuesday at Belvedere Park, 4914 E. Cesar Chavez Ave. in East LA. Tests are free and proof of medical insurance is not required. Testing will be conducted from 10 a.m. to 4 p.m. Tues.–Sat. Appointments are not necessary but are encouraged and can be scheduled by visiting la.fulgentgenetics.com/appointment. Funded in part by actor Sean Penn’s Community Organized Relief Effort, the testing site will remain in East LA through Feb. 13.

Speaking of boxing greats, East LA Olympian Oscar de la Hoya turns 48 on Thursday. Right out of Garfield High, he won Gold in the lightweight division at the 1992 Barcelona Games and boxed professionally for nearly 15 years, earning 11 titles in six weight divisions. Since 2002 he has run Golden Boy Promotions, after his post-Olympic nickname. A mercifully short recording career led him to meet Puerto Rican singer Millie Corretjer, to whom he’s been married since 2001.

A “Clearance Sale” sign on the former Fallas Paredes discount outlet on Whittier Boulevard is an indication of the once popular retailer’s impending departure from East LA’s best known shopping district. The 13,000 square-foot building that now houses a downsized Fallas store and another business is for sale. Asking price, according to LoopNet: $2.5 million.

Authorities are still searching for a male Latino suspect in Friday’s early morning shooting at the Indiana L Line Metro Station. According to the Sheriff’s department, as the train approached the station at 4:10 a.m., a suspect walked up to the cab window and shot at the operator, who was hit twice. The injured male operator is expected to live. On Friday, Superintendent Hilda Solís added $10,000 to a $25,000 reward offered by Metro to anyone with information that will lead to the suspect’s capture and arrest.