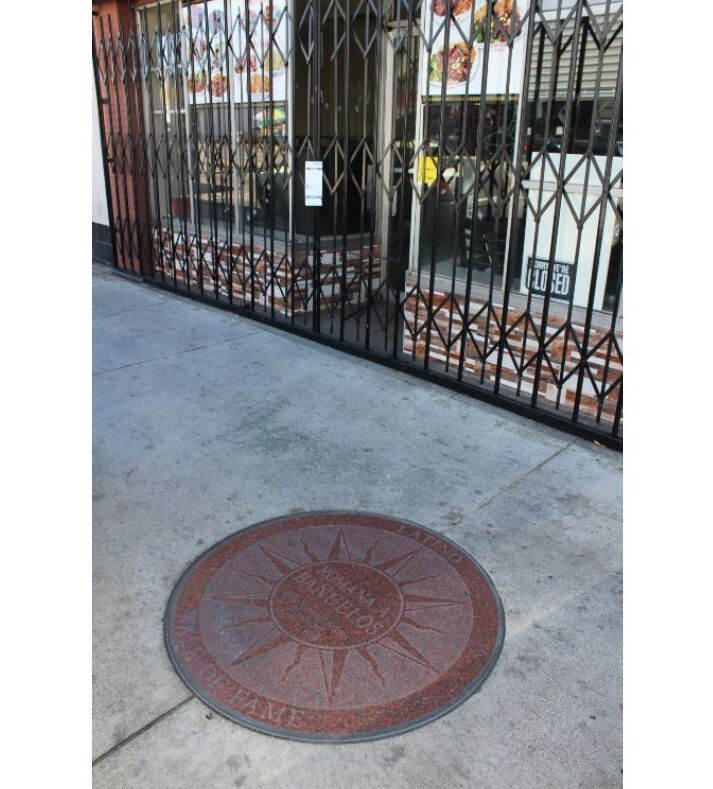 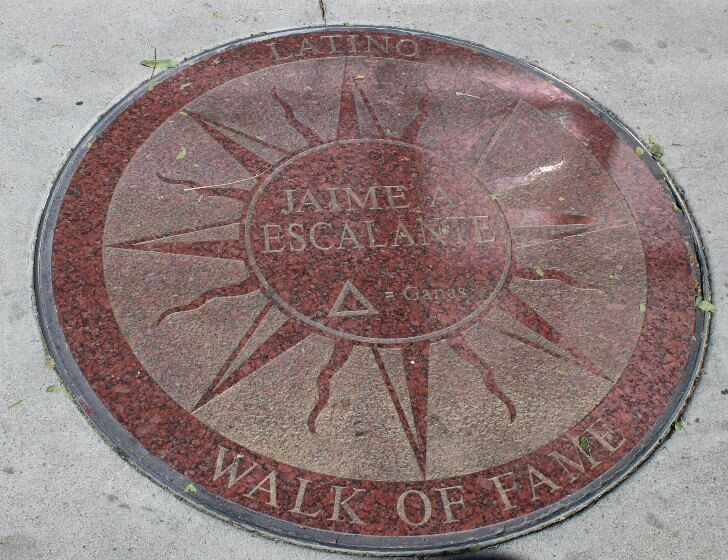 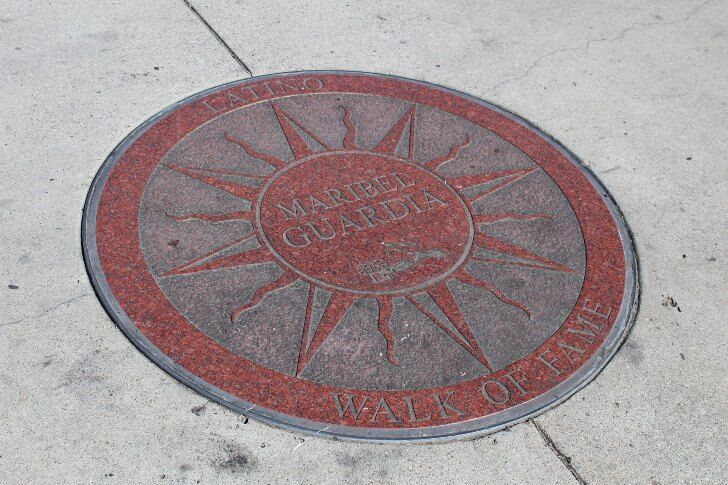 In this issue: We walk the sidewalks of Whittier Boulevard and explore the Latino Walk of Fame. We look at the hospital that became a "war zone" during the depths of the pandemic. And we cheer for ELAC’s Huskies in a new Netflix series.

We welcome your feedback. Please send me your suggestions at antonio@theeastsiderla.com.

We launched East LA Weekly last June thanks to a pandemic relief grant from Facebook. We've enjoyed bringing you stories about East LA people, issues and history. But we need your financial support. Please help by making a one-time donation or recurring contribution here.

We're also seeking a major sponsor to underwrite our coverage. Contact us here for details.

Faded and forgotten, the Latino Walk of Fame was once a source of pride

In a 2011 promotional video, the Whittier Boulevard Merchants Association touted the many attractions of East LA's best known shopping district. “There’s something for the entire family,” the announcer proclaims. “Come for the bargains, or see the Latino Walk of Fame.”

An East LA “Latino Walk of Fame?” If you’ve never heard of it you’re probably not alone. Created in 1997 as a way of honoring those who contributed to the community – and increasing foot traffic on the boulevard – the Latino Walk of Fame added new honorees for about 10 years before going dormant.

As many as 280 burgundy granite medallions, edged in metal and featuring a sunburst in the middle, were to be placed on the sidewalks between the 710 Freeway and Atlantic Boulevard. Only about a dozen were actually installed.

The LWF said it would keep the plaques clean and clear of debris. Today, most are faded and have weeds and trash trapped around the edges. They go mostly unnoticed by most of the people who walk over them each day.

The first of the “sundials,” as some refer to them, was dedicated to labor leader César Chávez in July 1997. According to the Los Angeles Times, about 100 people crowded the small stretch of the boulevard, just east of Arizona, with mariachis providing the musical backdrop.

“This isn’t about celebrity – it’s about those who have made a contribution to society,” the chairman of the Latino Walk of Fame, Ray Abboud, told the paper.

The LWF no longer has a website and the last post on its Facebook page is dated 2014. It’s unclear if and when the group disbanded. Phone messages left for the Whittier Blvd. Merchants Association were not returned for this story.

With no official records publicly available, a scant account of the Latino Walk of Fame’s history can be pieced together from a few media reports:

It’s hard to tell why the Latino Walk of Fame stopped adding names – and highly unlikely that any effort to restart it will take place any time soon.

Some articles refer to the LWF as a source of pride for East LA residents. And it's always possible some figure in East LA could revive the walk of fame, and help it live up to its potential.

While overall numbers of new cases and hospitalizations continue to decline, health authorities warned that conditions could still worsen, noting that this is the week the county could start seeing a spike in cases from Super Bowl Sunday and Presidents Day weekend -- if people ignored warnings against gatherings.

On Tuesday, the County surpassed the mark of 20,000 COVID deaths.

• 17 new cases were reported on Tuesday.

• A total of 361 cases have been reported since the pandemic began.

• In the last seven days, 13 new deaths were reported. Total number of deaths is now 353.

Grocery and drug retail employees in East Los Angeles and all unincorporated county areas will begin earning an extra $5 an hour, thanks to an urgent “hero pay” ordinance approved Tuesday by the Board of Supervisors. The additional wages will benefit workers at businesses that are publicly traded or have 300 or more employees nationwide and more than 10 employees per store site. The ordinance will only be in effect for 120 days.

A ‘war zone’ at Doctors Hospital

The COVID-19 treatment area in the parking lot of the East Los Angeles Doctors Hospital was like a war zone from November to January, according to an article this week by Los Angeles Magazine. Under “battlefield tents,” large oxygen tanks were used to treat patients who arrived with severe symptoms and nurses took care of six or seven patients at a time. A refrigerated truck received the corpses of many who did not survive.

Conditions have improved since the number of new cases began to decline, but according to the article, its medical personnel are not letting their guard down. At the time a reporter visited the hospital, eight out of ten ICU beds were occupied, all with COVID patients.

Two beloved members of the East LA community who died due to COVID this month are being remembered at memorial services this week. Birria restaurateur J. Rosario Luis Gutierrez “Chalio” will be remembered at a Celebration of Life Thursday, from 6 to 10 pm, at his namesake restaurant at 3580 East First Street.

In addition, a fundraiser to help pay for the funeral of boxing coach Paul Hernández will take place from 12:30 to 3:30 pm on Sunday at Rudy’s LA, 5226 Pomona Blvd. Face masks and social distancing are required at both public events.

The 2019-20 East Los Angeles College basketball team is at the center of ‘Last Chance U: Basketball,’ a docuseries premiering March 10 on Netflix. “Over the course of eight episodes, viewers will follow [the Huskies] in their high stakes chase to an unprecedented California state basketball championship,” according to a synopsis quoted in Pop Culture. “The team is tested as the players battle adversity, inner demons, and emotions on and off the court.”

The District Attorney's Office will no longer seek the death penalty for an admitted gang member accused of killing a cousin in East Los Angeles and a Whittier police officer, The Eastsider reported. Michael Christopher Mejia, 30, is awaiting trial on charges stemming from the Feb. 20, 2017, killings. The cousin, 47-year-old Roy Torres, was fatally wounded in the 1400 block of Volney Drive in City Terrace. Elected in November, DA George Gascón has vowed that the office will no longer pursue the death penalty.