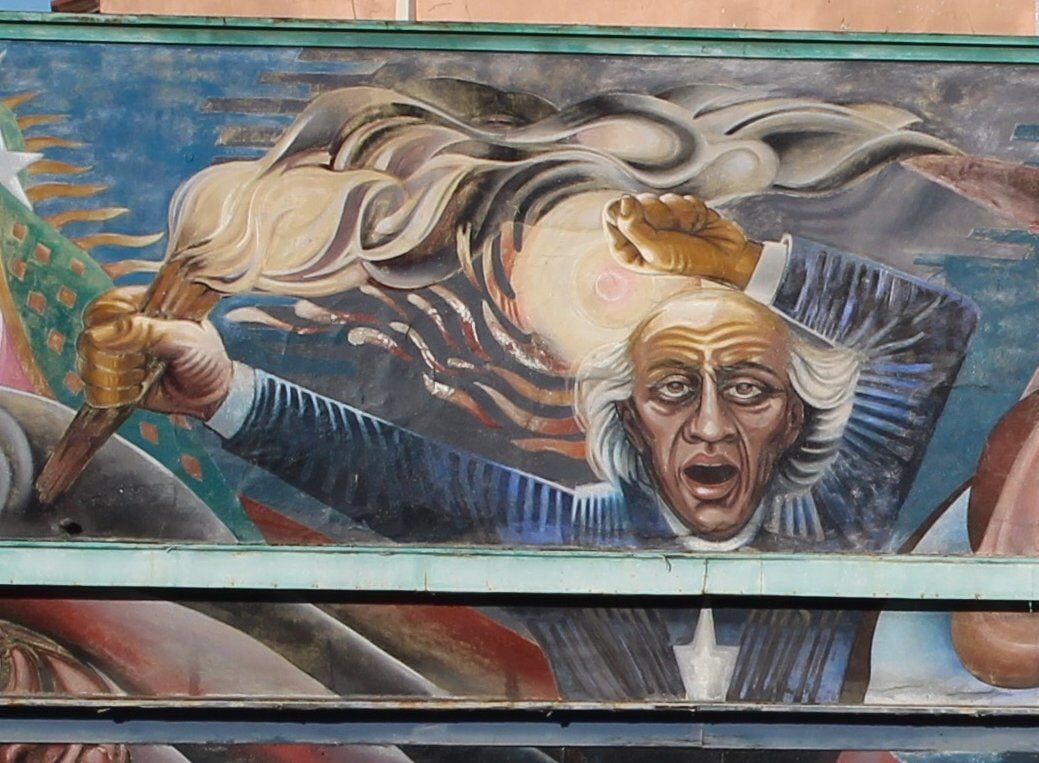 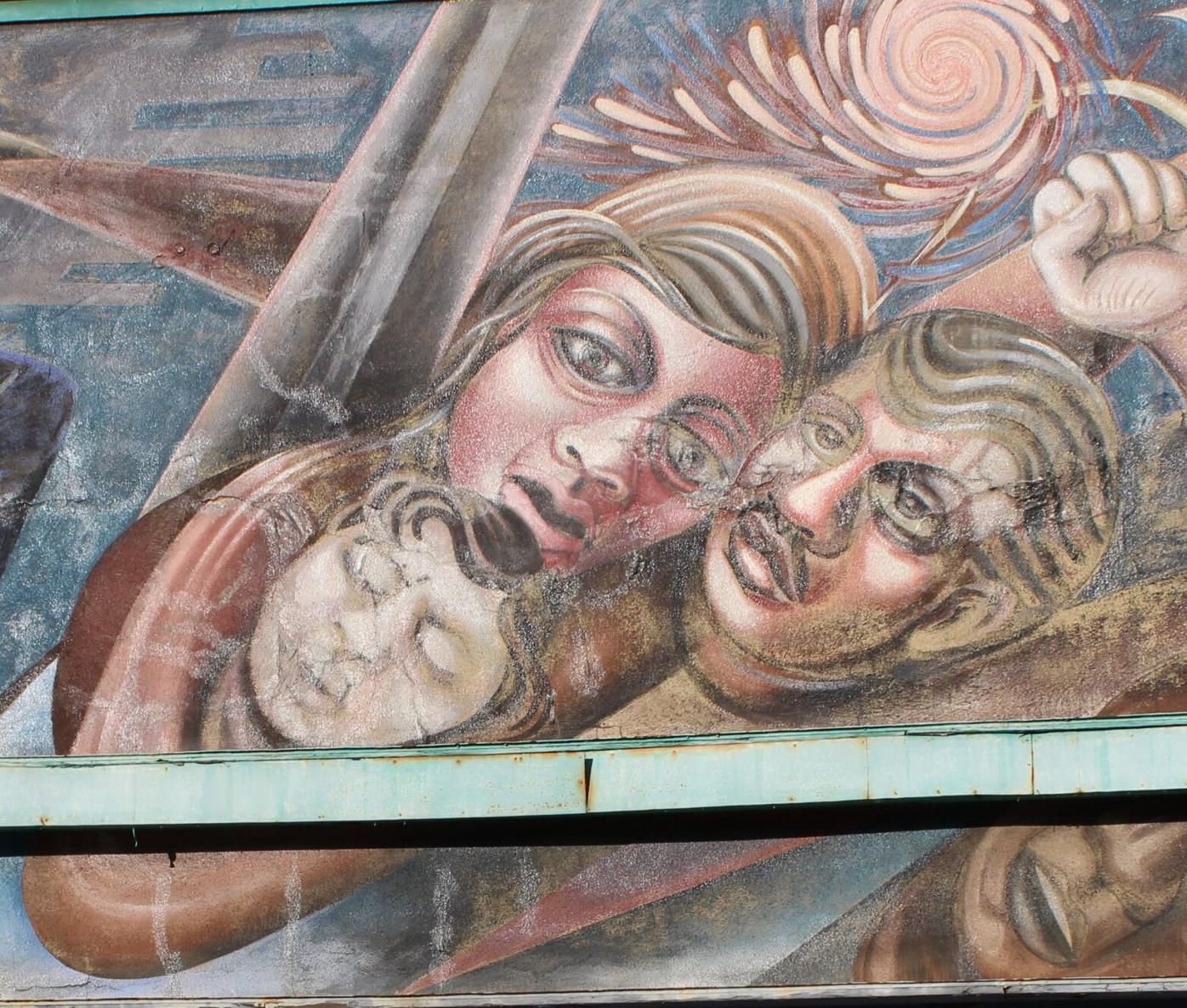 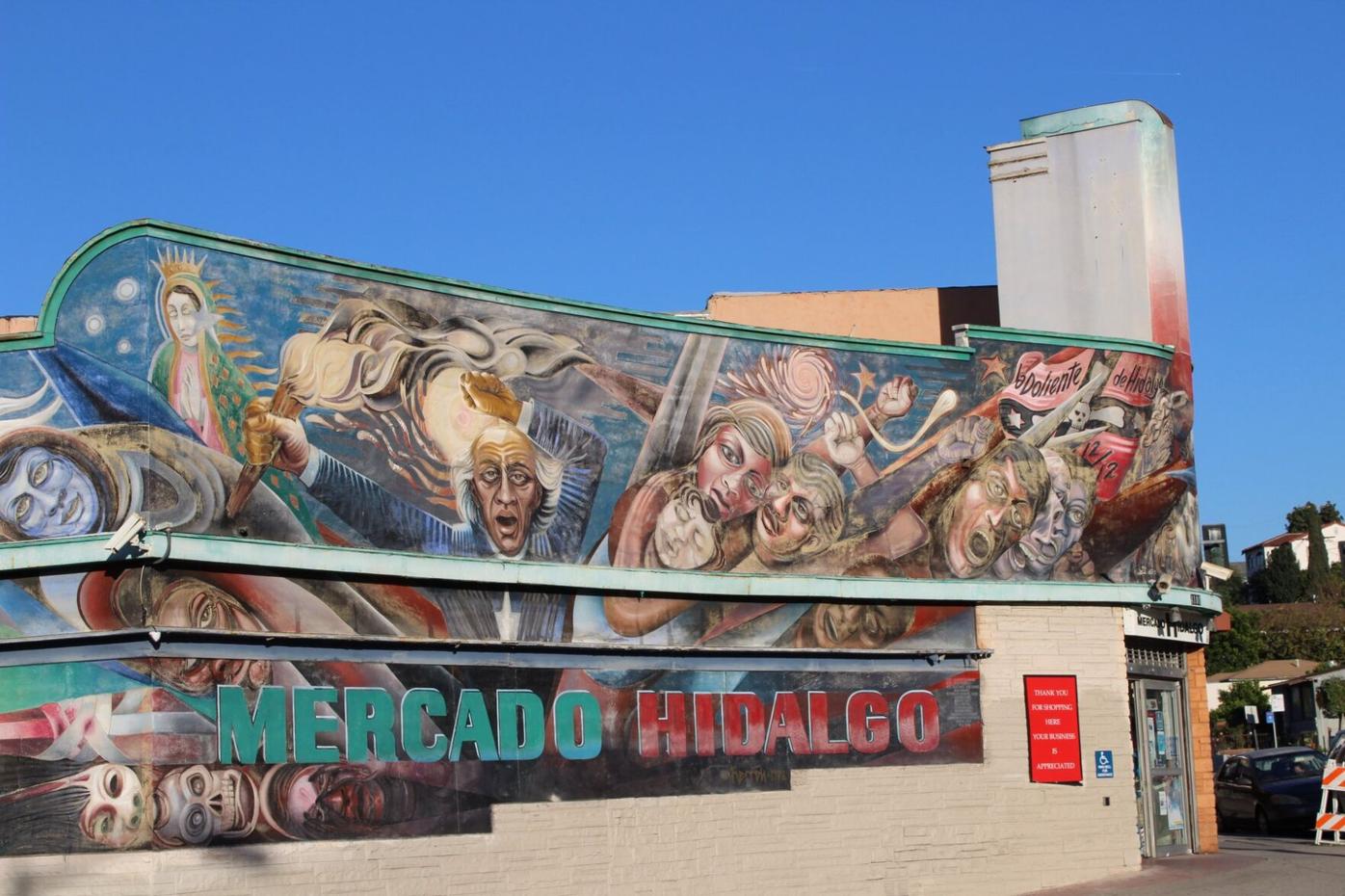 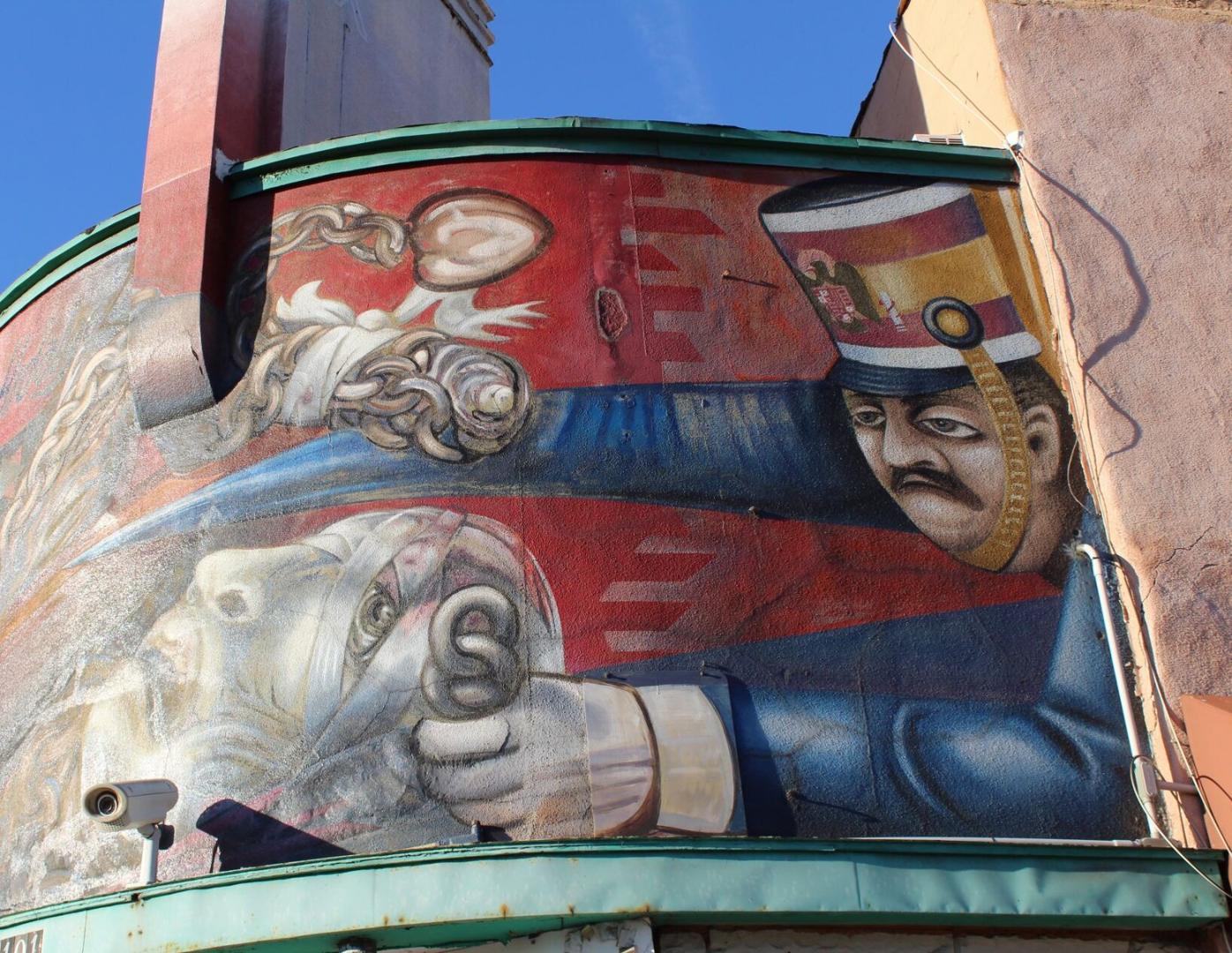 In this issue: We look at how artist Willie Herrón III came to paint one of East LA's most notable murals. East LA COVID cases keep rising, but at a slower rate. And we're having a spate of car thefts.

After four decades, a full restoration is in the works for “La Doliente de Hidalgo”

Willie Herrón III was just a few years out of high school when he was asked to paint a mural on the facade of what was then Farmacia Hidalgo, just steps from his family’s City Terrace home, in late 1975.

More than four decades later, and, with a City Terrace home of his own, one of LA’s most acclaimed Chicano muralists is getting ready to begin his first ever full restoration of his “La Doliente de Hidalgo” mural on what is now Mercado Hidalgo, at City Terrace Drive and Miller Avenue.

Earlier this month, the Eastside Arts Initiative awarded Herrón a $5,000 grant that will allow him to begin work this spring while seeking additional funds to complete the full restoration. (Herrón in previous years has made minor repairs to the mural and also cleaned up tagging).

Herrón, 69, said that when he was originally approached to paint the mural, it was "by accident." As an aspiring painter, he had an agreement with the previous business owner that gave him the building’s back wall, where he painted a plumed serpent.

“Right around the time I graduated from [Wilson] high school, it seemed more interesting to paint murals in an alleyway,” he said. “A lot had to do with the fact that I grew up walking through these alleys and taking shortcuts.”

One day, he saw workers painting over the plumed serpent and was told the drugstore had a new owner, Luis Duarte. He marched into the store and told him about his ownership of that wall.

“So he goes, ‘Why do you paint in the alleys’? You're a great painter. Why don't you paint the front of my building?.’” Duarte offered to pay for supplies and a small stipend, with the condition that he paint about the plight of Miguel Hidalgo, a Catholic priest who led the Mexican War of Independence of 1810.

“Because I was able to paint it for next to nothing, he gave me the freedom to design it however I wanted,” the artist said.

Herrón used the front of the building to narrate a story, from east to west, starting with the oppression of Spain’s military rule, going through the creation of the Mexican nation and ending with a futuristic scene that foretold the role of Chicanos in Los Angeles.

Scholars have recognized in “La Doliente de Hidalgo” the young artist’s knowledge of advanced mural techniques, which Herrón said he picked up from studying the work of Siqueiros and other Mexican muralists.

Herrón went on to study at the Otis Art Institute and the Art Center College of Design, and to have a storied career as a muralist and punk rocker (as a member of Los Illegals) and as a recognized restoration artist, working on the removal of graffiti from some of Los Angeles’ best known murals.

Herrón says the activism that surrounded him growing up in East Los Angeles, including the student walkouts and the Chicano Moratorium, formed the way he has approached his work.

“My artwork and my career has meaning because this is what it's going to be about forever … the people, the plight, the injustices.”

Los Angeles County surpassed the 1 million mark of COVID-19 cases over the weekend. But cases in East LA appear to be growing more slowly. The seven-day average of new daily cases has gone down for three weeks in a row, falling to 257 for the week ending Jan. 16.  Deaths, however, continue to mount.

• 123 new cases were reported on Tuesday.

• As of Tuesday, a total of 21,876 cases have been reported in the community.

• In the last seven days, 39 new deaths were reported. Total number of deaths is now 250.

The Planning and Land Use committee of the Boyle Heights Neighborhood Council has requested that an independent arborist look into the health of the decades-old East LA bunya pine tree known to locals as “El Pino.” Although the tree is located in neighboring East LA, members of the Boyle Heights council committee and various speakers at a Jan. 14 meeting said that “El Pino” was culturally significant to all surrounding residents.

The owner of the property where the tree stands plans to build a duplex on the site, but has said he has no intention to chop down the landmark tree. But local activists have been meeting by El Pino on Sunday afternoons, asking that the site be converted into a community garden and dog park.

East LA Congresswoman Lucille Roybal-Allard joined the House of Representatives Democratic majority in a 232-197 Jan. 13 vote to impeach president Donald J. Trump a second time, for incitement of insurrection related to a mob assault on Congress on Jan. 6.

“This attack was a supreme act of domestic terrorism that ultimately led to bloodshed and death in the sacred temple of our democracy,” Roybal-Allard said in a speech delivered on the House floor and aired on national TV. “I take no joy in voting to impeach ... but the president has blood on his hand [and] has sadly violated his oath to support and defend the Constitution. As members of Congress … it is our duty to take this action.”

There has been quite a bit of talk on social media about an increase in car thefts and vehicle break-ins in East LA. A review of the area by CrimeMapping showed 12 crimes cataloged as grand theft vehicles between Jan. 12-18. Statistics showed a spike in thefts during the weekend, with the highest number (four) taking place on Sunday, Jan. 16. In addition, two vehicle break-ins were reported during the same seven-day period.