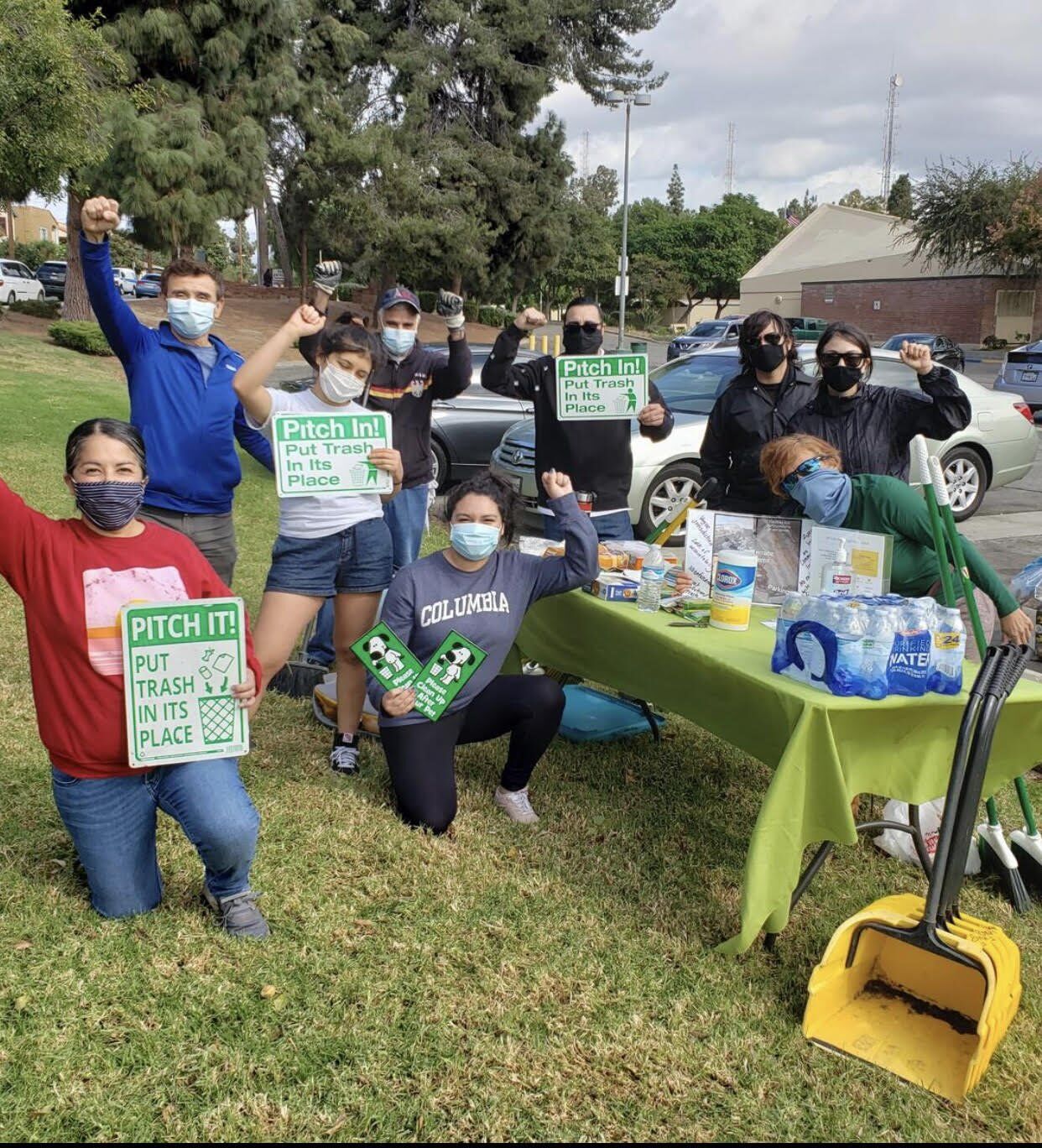 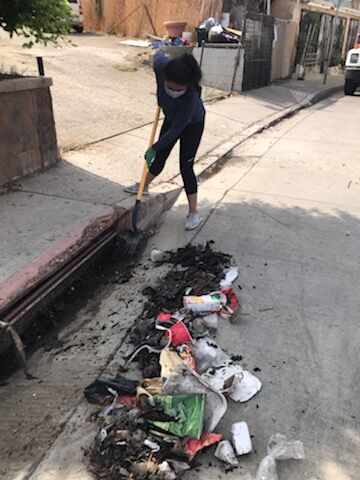 In this issue, a group of City Terrace neighbors shows that the squeaky wheel gets the grease. We taste the flavors of Ensenada seafood tacos. And we'll tell you how a high-speed chase ended in East Los Angeles (spoiler: not well for the suspect).

What started as a conversation about trash on social media has evolved into a group looking to tackle larger issues of pollution and environmental inequity in City Terrace.

Every month, volunteers from The City Terrace Project gather to do “pop-up” cleanups at spots suggested on Next Door or Facebook. The trash is gathered on local streets and bagged, then left for Public Works employees to pick up.

Because of the pandemic, the group cancelled its cleanups in March and didn’t start up again until last month, following strict distancing and safety protocols.

The cleanups are the brainchild of Sonia Roman, who said she saw a “core inequality” when she and her husband moved into City Terrace in 2012.

“I would go visit my sister in Arcadia and notice that their streets were clean, maintained,” Roman said. “There was something lacking in our community.”

In the summer of 2018, Roman posed a question on Next Door about starting a “cleaning club.” She received encouragement and ideas, and the first cleanup was held in August of that year, with Roman paying for cleaning supplies, snacks and water for volunteers.

The group attracted up to 25 volunteers each month, with high school students joining the effort.

“It’s a lot of my time, but it’s all worth it because City Terrace is no longer a doormat,” she says. “We're coming together as a community and speaking out because we deserve the same resources others get.”

Roman's group has encountered bigger issues, such as an industrial zone on Indiana Avenue, just outside City Terrace. That area was an illegal dumping "hot spot,” with some bulky items too dangerous for volunteers to handle.

Since the start of The City Terrace Project, Roman has learned to navigate multiple government bureaucracies to address a variety of issues. The project's core of about 10 members is now considering forming a nonprofit, in order to raise funds.

“If we don’t speak up as a community, we do not get services,” she said. “Unfortunately that’s how it works here in East LA.”

Roman said she spends about $300 of her own money each month on the cleanup, working about three hours a day on the project.

The group's next cleanup is scheduled for Sunday, Dec. 6, from 9 to 11:30 am, at Harrison Elementary School, 3529 City Terrace Avenue (details on the group’s Instagram page).

Starting Friday, restaurants, bars and other non-essential businesses will have to start closing at 10 pm as COVID-19 cases and hospitalizations continue to increase significantly. Retail stores, offices, barber shops and beauty salons will be limited to 25% capacity and the number of patrons at outdoor restaurants, breweries and wineries will be limited to 50% of maximum outdoor capacity.

In East LA, the weekly average of new daily cases jumped to a new high of 41, up from the previous week’s average of 38. At the current rate of infection, the total number of cases in the area will surpass 8,000 by the end of the week.

Parking enforcement is back! (Boo)

Parking enforcement, citations and towing resumed this week in East LA and other unincorporated areas of the county, after pausing in the spring due to safer-at-home orders for the pandemic.

The damage from the Oct. 5 fire at a strip of stores that included the former Casa Olympic discount outlet is estimated at $8 million, The Eastsider reported. A Sheriff’s spokesperson said the property in the 4700 block of Whittier was severely damaged and is likely a total loss. The cause of the fire is still unknown, and investigators are weeks away from determining the point of origin, officials said. The structure, originally built in 1934, was divided into five or six retail outlets.

A Boyle Heights taco stand that earned a wide following for its Ensenada-style battered fish and shrimp tacos has found a new, permanent home in East LA. A recent story in Eater LA raves anew about the crisp, golden delicacies dished by brothers Juan Robert and Ulysses Sánchez at L Fish Tacos, set up since August in a parking lot in front of their mechanic shop at 4531 East Whittier near Downey Road.

“We were lucky to stumble upon this spot in East LA, where I’m able to run my lowrider mechanic shop on top of my taco spot,” Juan Robert told the publication. L Fish is open from noon to 8 pm every day except Tuesdays.

A pursuit suspect who led authorities on a high-speed chase from Riverside County to East LA via Orange County was arrested Monday night after running from his pickup and attempting to hide in a private home near Floral and Eastern, KTLA reported.

Authorities are seeking the public's help in identifying a male suspect who shot an off-duty Sheriff’s deputy early Sunday in the 800 block of North Hazard Avenue.

CBSLA reported that the deputy was approached while driving at about 2:20 a.m. by a man in his 20s who produced a handgun and opened fire. The deputy was struck in the lower body while seated in his car and returned fire. It was unclear if he struck the suspect, who was wearing black shorts and a red sweatshirt and fled on foot. The deputy drove himself to the hospital where he was treated for his non-life threatening injuries.

Sheriff will no longer patrol at ELAC

The Sheriff’s department says it will stop patrolling East Los Angeles College and other Los Angeles Community College District campuses when its contract ends on Dec. 31, CBSLA reported. A spokesperson for the department said it was unable to extend an agreement with the district, which is exploring an unarmed service model. (ELAC is actually in neighboring Monterey Park.)