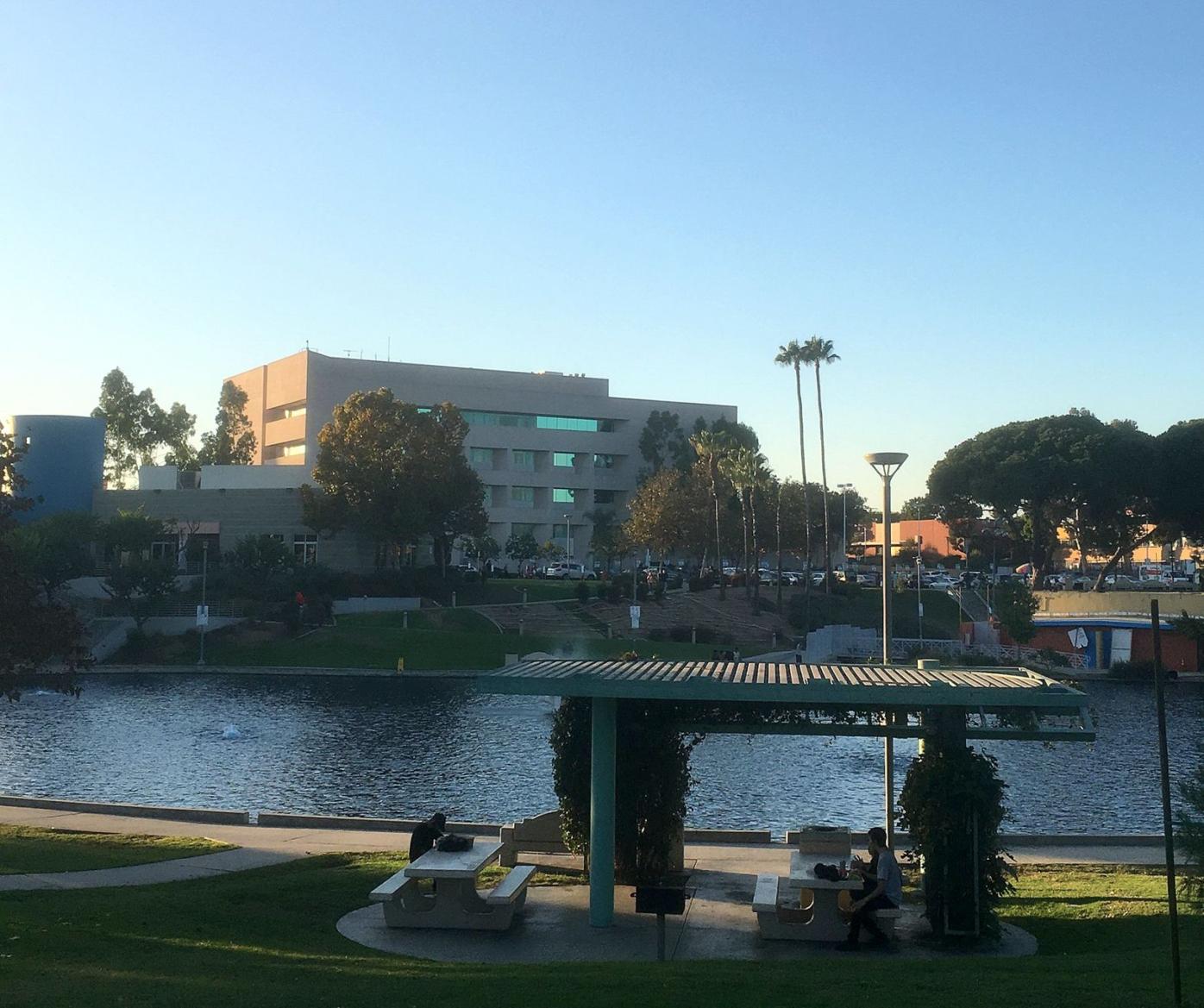 The East L.A. Courthouse is one of several government buildings at the East L.A Civic Center. 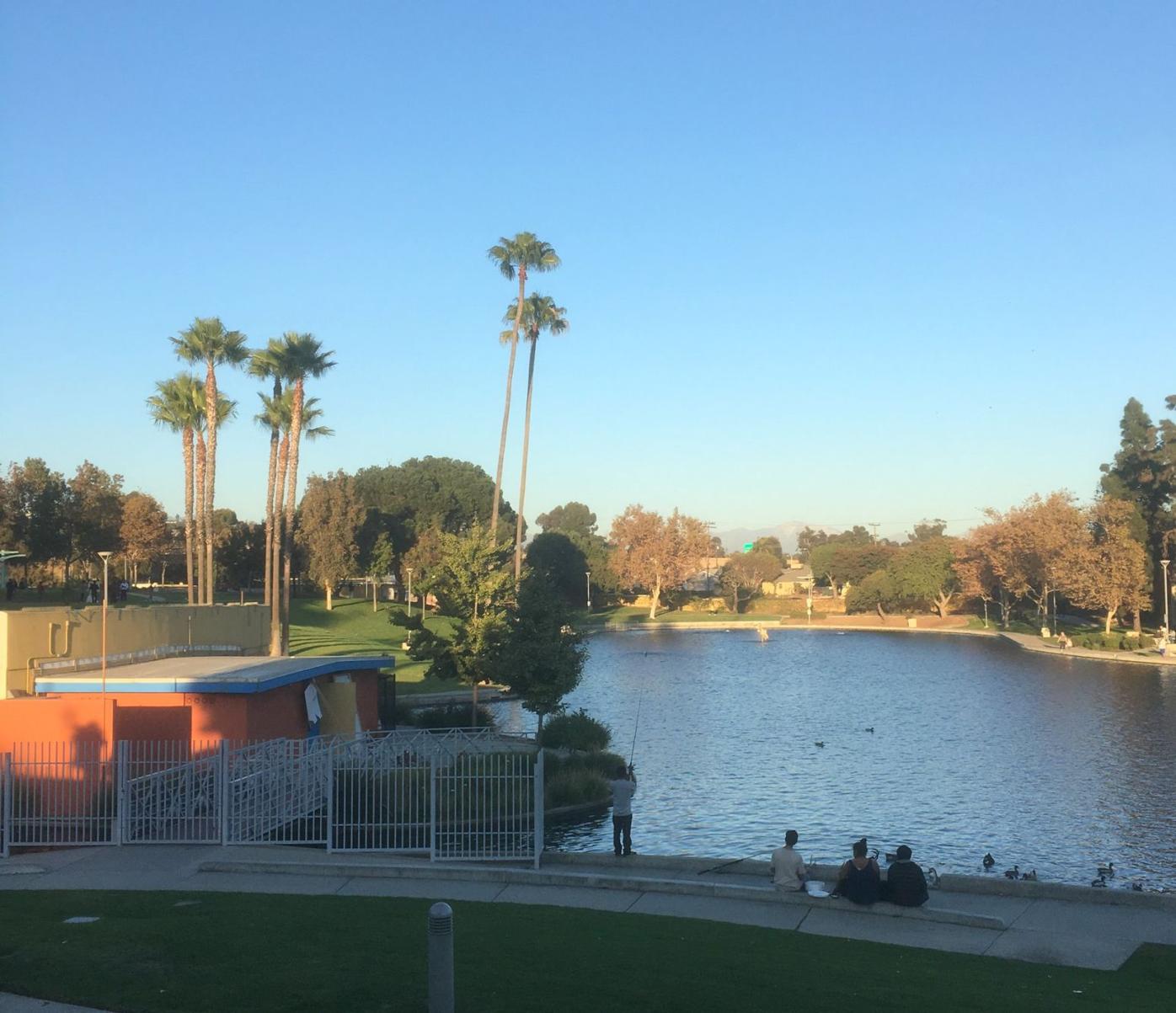 Belvedere Park Lake is a popular spot at the East L.A. Civic Center

Los Angeles County supervisors recently approved the hiring of a consultant to do a comprehensive evaluation of upgrades. The list of potential changes include adding security cameras, making pathways safer, improving the safety of the campus grounds generally, improving outdoor lighting, replacing signs, making circulation-related repairs to the lake, maintaining the grounds and enhancing playground equipment.

“Heavy foot traffic has worn down the campus, and it now requires increased grounds maintenance, repairs to the playground, as well as additional security presence given the rise in crime, including a recent homicide on-site,” according to a motion by Los Angeles County Supervisor Hilda Solis that was approved earlier this month.

The homicide she’s referring to is that of 27-year-old Amanda Nicole Lopez, who died last year after she was shot on the grounds of the civic center campus, according to Michael Kapp, the communications director for Solis.

Those incidents aside, on most days, the civic center complex is calm.

The picturesque campus -- which includes grassy areas, ducks swimming in Belvedere Lake and several county buildings -- received a major upgrade in 2008 that added new buildings and amenities to bring the community together and increase civic pride. A year later, the Metro Gold Line was extended with a stop at the Civic Center on 3rd Street.

Some residents interviewed said they appreciate the civic center, but improvements -- like better lighting -- are needed.

“It’s barely 5 [p.m] and already it’s so dark,” said East L.A. resident Dolores Garzon as she watched her daughter in one of the playgrounds on the campus.

Garzon added that she hopes the county can add more playground equipment.

Another regular on the campus is Adrian Flores, 77, an East Los Angeles resident and retiree. He said he’s usually there Mondays through Fridays and often brings his own lawn chair or sometimes, simply dusts off the concrete benches before taking a seat to enjoy the atmosphere and chat with friends, who meet him there.

He said those friends complain about the park’s cleanliness but Flores thinks that’s not an issue. He said one of the biggest “needs” in the community is help for the homeless and any funding the county can direct toward that would be a good use of taxpayer funds.

That said, Flores, who has seen a fight on the grounds that prompted a response from deputies, agrees that security is definitely a major concern on the civic center campus. "We have much need for that" he said of security.

Safety is Solis’ "top priority," according to Kapp.

“Increased security, as well as the need for overall improvements such as lighting and grounds maintenance, was the impetus for the comprehensive needs assessment,” he wrote in an email.

Solis would also like to see a more coordinated process for hosting events on the campus, he added.

Since the scope of the project is unclear, the cost is also unknown, Kapp said, but the plan directs the county’s Chief Executive Office to ultimately look for funding.

The consultant will make recommendations after receiving feedback from the community and county departments housed in the complex, according to Kapp.

“There are many improvements that would make the campus safer, more inclusive, and provide greater accessibility,” Solis said in a recent statement about the civic center. “These enhancements are for our East LA community, to ensure that the East LA Civic Center meets its full potential as the gathering place for the community, now and into the future.”

Rosio Flores is a reporter with UT Community News, which is produced by Cal State L.A. journalism students.