Silver Lake charmer circa 1926 with one of the … 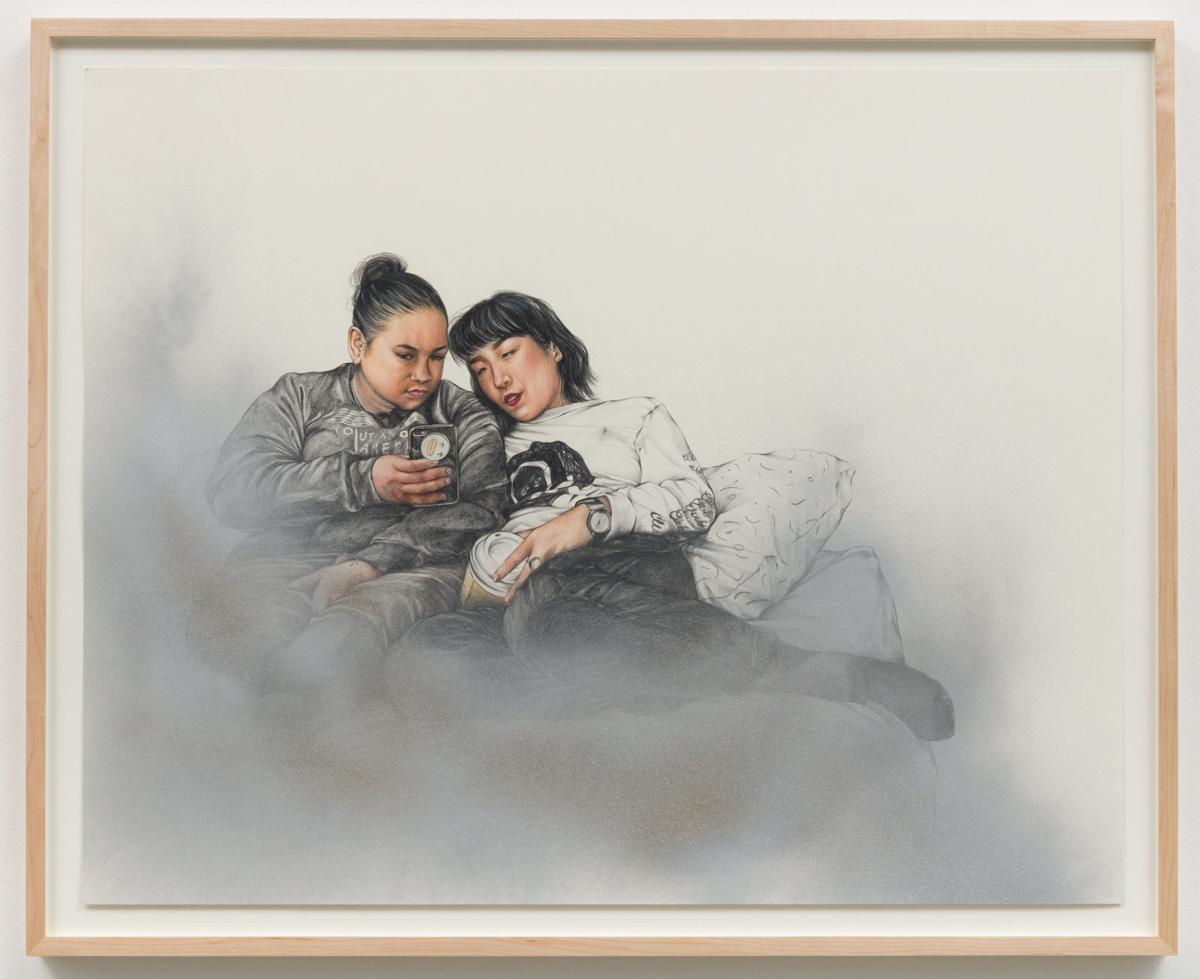 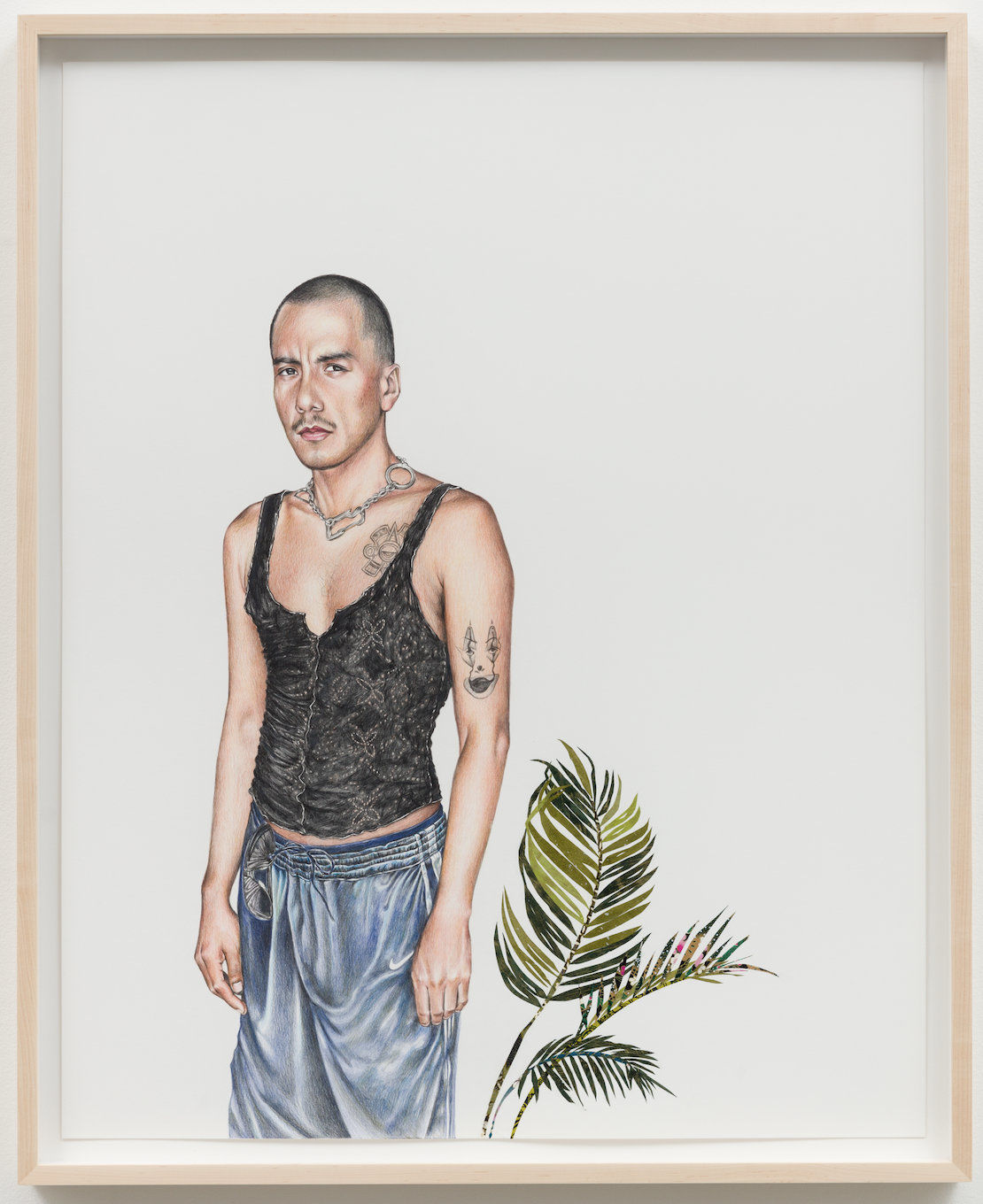 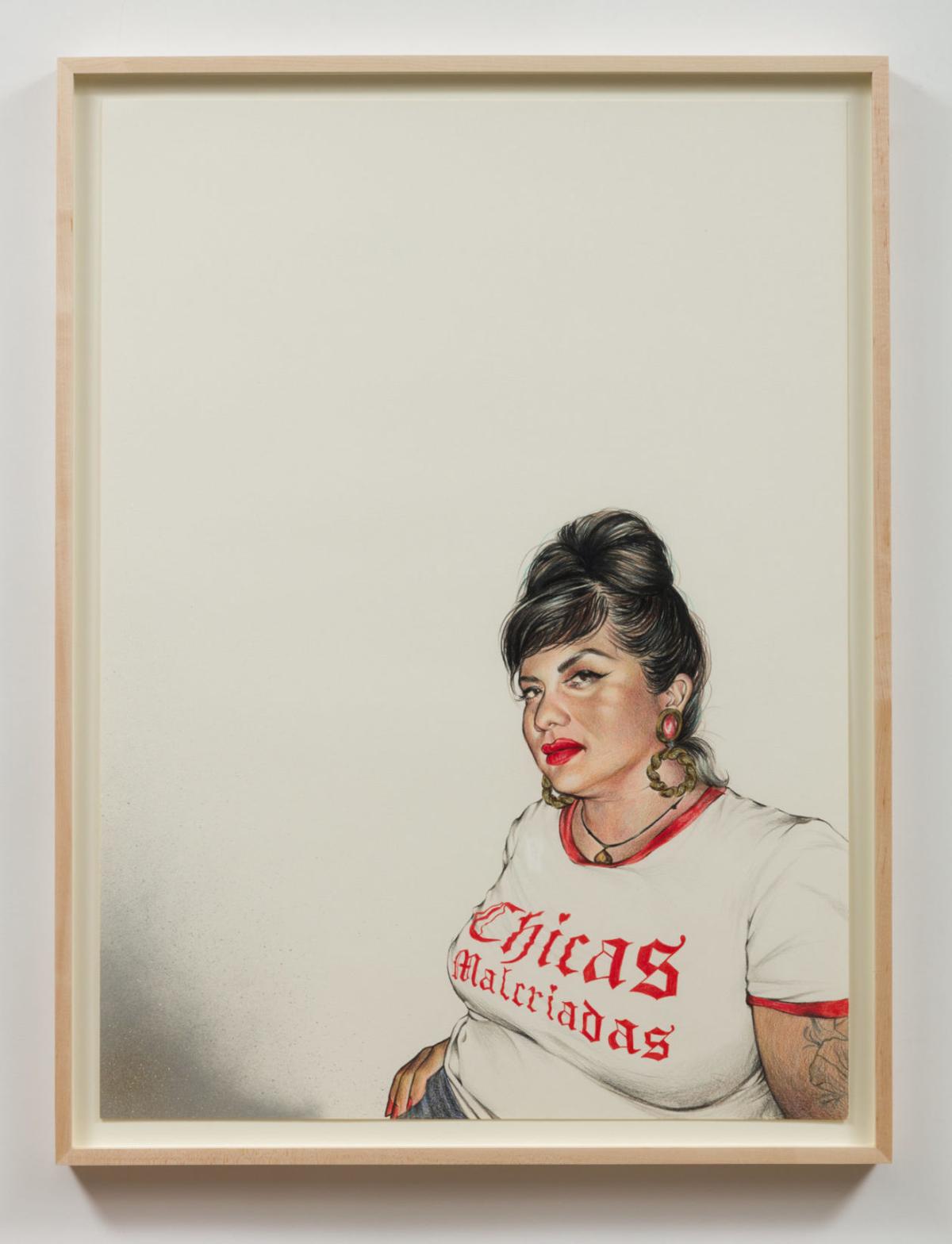 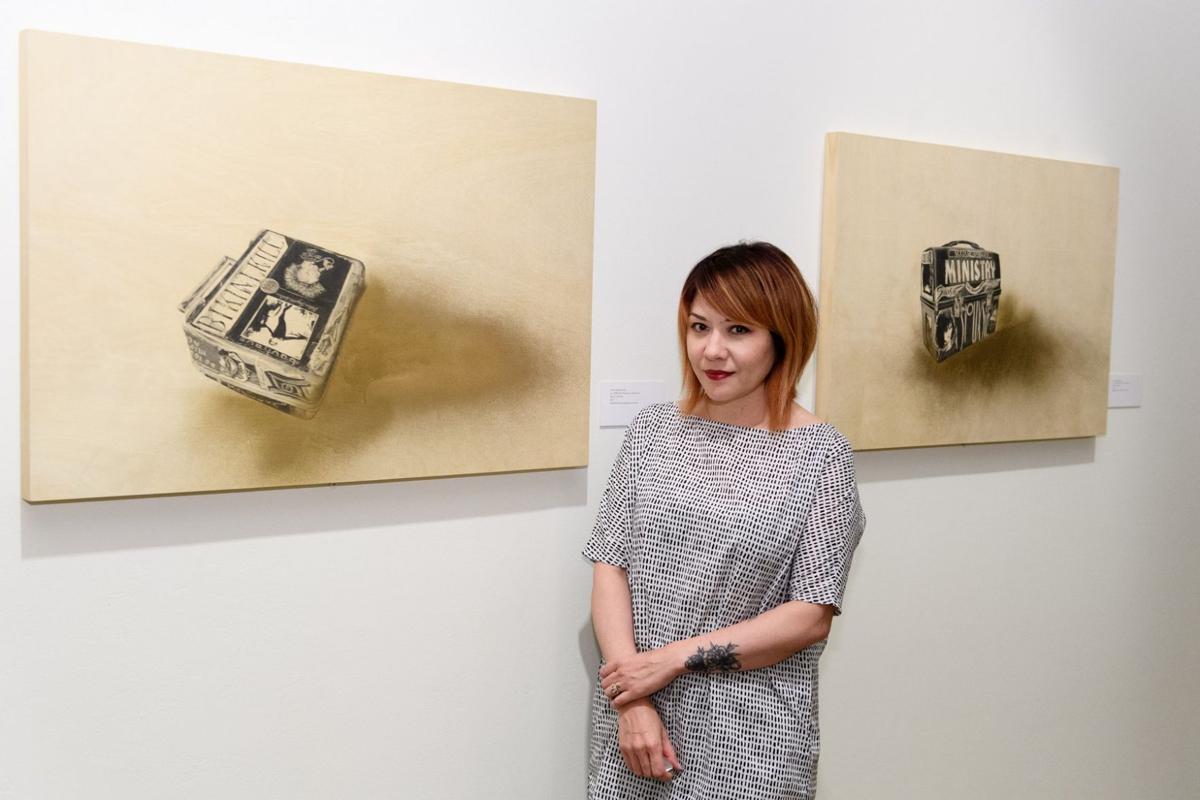 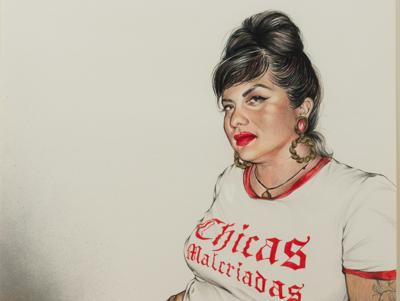 East Los Angeles -- Born and raised in San Francisco, Shizu Saldamando, first got acquainted with the Eastside in the 90’s through three-hour-long bus commutes she took as an undergrad student at UCLA to Self Help Graphics’ former location in East Los Angeles, where she interned.

Saldamando has since lived and worked in East L.A., creating portraits of some of Los Angeles’ notable Latinx creatives - many of whom she counts among her friends - out of her garage, depicting the resilience of a community bonded by the shared struggles of being brown and queer in Los Angeles.

Update April 11: The exhibition is now viewable online with a virtual walkthrough features a voice-over by Saldamando.

Between preparations for her upcoming exhibition and looking after her 3-year-old son, Saldamando took some time out to chat with the Eastsider about the evolution of her work and the importance of decentering whiteness in fine art.

When did you make the move from the Bay Area to Los Angeles?

I moved to L.A. from San Francisco in 1996 to attend UCLA art school and never moved back. I’m from San Francisco’s Mission District and was heavily inspired by the community cultural centers in my neighborhood. Galeria de la Raza had a sister art center in East LA called Self-Help Graphics, and I saw the dialogue between both centers when I was in high school. Once I moved to L.A., I knew I wanted to visit Self Help and see what they were about. So when the opportunity came to intern there (through the Getty Multicultural Undergrad Internship Program) I jumped at the chance and took a three-hour bus ride to and from UCLA to East LA everyday during my internship. After I graduated I was hired at Self Help Graphics full time and then left to go back to grad school three years later. After grad school I had to find a way to make money so I started tattooing at a shop in East L.A., so I’ve always been in the area in some way. I think the area reminded me most of the Mission District as it was in the ‘90s, so I’ve always gravitated there as long as I’ve lived in L.A.

How has living and working in East L.A. inspired your work?

Living in Los Angeles in general has inspired a bulk of my work by virtue of who my friends are. When I was in high school in San Francisco, I did portraits of friends, so when I moved to LA that really didn’t change. Working at Self Help Graphics had a huge influence on my practice because I met a lot of artists and musicians that I got to work with on various projects and exhibitions. It felt really natural coming from San Francisco because the Mission was predominantly Central American and Chicano and a lot of the artists were doing work about the Central American wars, the CIA-crack connection, farmworkers’ rights, immigrant rights and the artists at Self Help Graphics were doing the same. There was always an acknowledgement of the Chicano movement and the heavy political struggle that the communities have gone through and are still dealing with. I feel like my work is part of that history in that the people I try to depict are all a legacy of that struggle and its respective historical and familial trauma.

How do you choose the people that will be represented in your work?

When I was in San Francisco, my friends and I would go to a lot of goth clubs, and when I moved to L.A. I would do the same. I went out with my roommate from Whittier who took me to punk shows and backyard parties and then we started going to dance clubs that played Goth, Mod and Soul. These clubs were always predominantly LatinX and queer, so a lot of my earlier works are portraits of friends I hung out with at those clubs and concerts.

I find that now that I’m older, I just go out mainly for work events or to support my friends’ art shows and performances. Hence, I take more photos of people at these kinds of spots, like art exhibitions and lectures. Usually it’s finding a combination of politically progressive and creative people who present themselves as high art on a regular basis through their style and dress. It’s like they’re saying “fuck you” to being basic, not only in fashion, but in lifestyle and politics as well.

I really hope the people who I depict like their portrait. I feel like I still make art for the kids at the club or the backyard punk show only now they’re all grown up. I was asked recently to be in an art exhibition and I submitted some recent portraits of my current friends, and the organizers said they’d prefer more of my work highlighting “youth subculture.” I had to explain that I did work about youth subculture 15 years ago because I was in that subculture at the time and I wasn’t trying to do work specifically about a subculture, but more personal portraits of friends I had at the time. We all gravitated to certain music and social scenes to deal with personal and familial trauma and we found each other there.

Now that I’m older I don’t do as much work about youth subculture not because I’ve moved on artistically, but because I’ve gotten older and so have my friends. I’ve been really lucky to find other POC artists who are also concerned with intersectional feminism, homophobia, gender fluidity and misogyny in our families and communities and we have been able to come together and connect over it all. We are all acutely aware of the struggles our families have had to face due to being immigrants, people of color and queer and I hope that through my work, people get a sense of that.

What sets your new body of work on display at Oxy Arts apart from previous exhibitions?

This exhibition is a part of the Wanlass Artist in Residence award I received last year from the school. It’s been such a great experience getting to teach a class, mount an exhibition and produce a catalog of work. Rafa Esparza, Candice Lin and Kenyatta Hinkle are all previous Wanlass recipients so I feel really honored to be included within that legacy. Also during the run of the exhibition, I’ve curated the public programming, so we are going to have artist talks, poetry nights, performance and more from some of my favorite artists many of whose portraits you can see in the exhibition.

The work itself is a mixture of older and newer pieces and will also feature a new video work never exhibited in L.A. before. The video is 4-minute loop of my friend Joe jamming out at a Zeros show just getting lost in the music. It was a small concert at the Bell Gardens Legion Hall but you don’t really see the Zero’s in the video. It’s just focused on the back of Joe jumping around. I’m really excited about showing it because it's just about that cathartic moment of connecting with the crowd in this communal moment of releasing angst, frustration and trauma, and going ape shit because you feel it all leaving you and just enjoying the moment.

What is the significance of having your work and the work of similar artists exhibited at educational and art institutions?

Decentering whiteness is one of the best strategies we have to combat the white supremacist ideologies that continue to plague most institutions in this country. Hearing the voices of more black, indigenous and other POC artists is crucial to honestly represent who inhabits this country and the history that we all share.