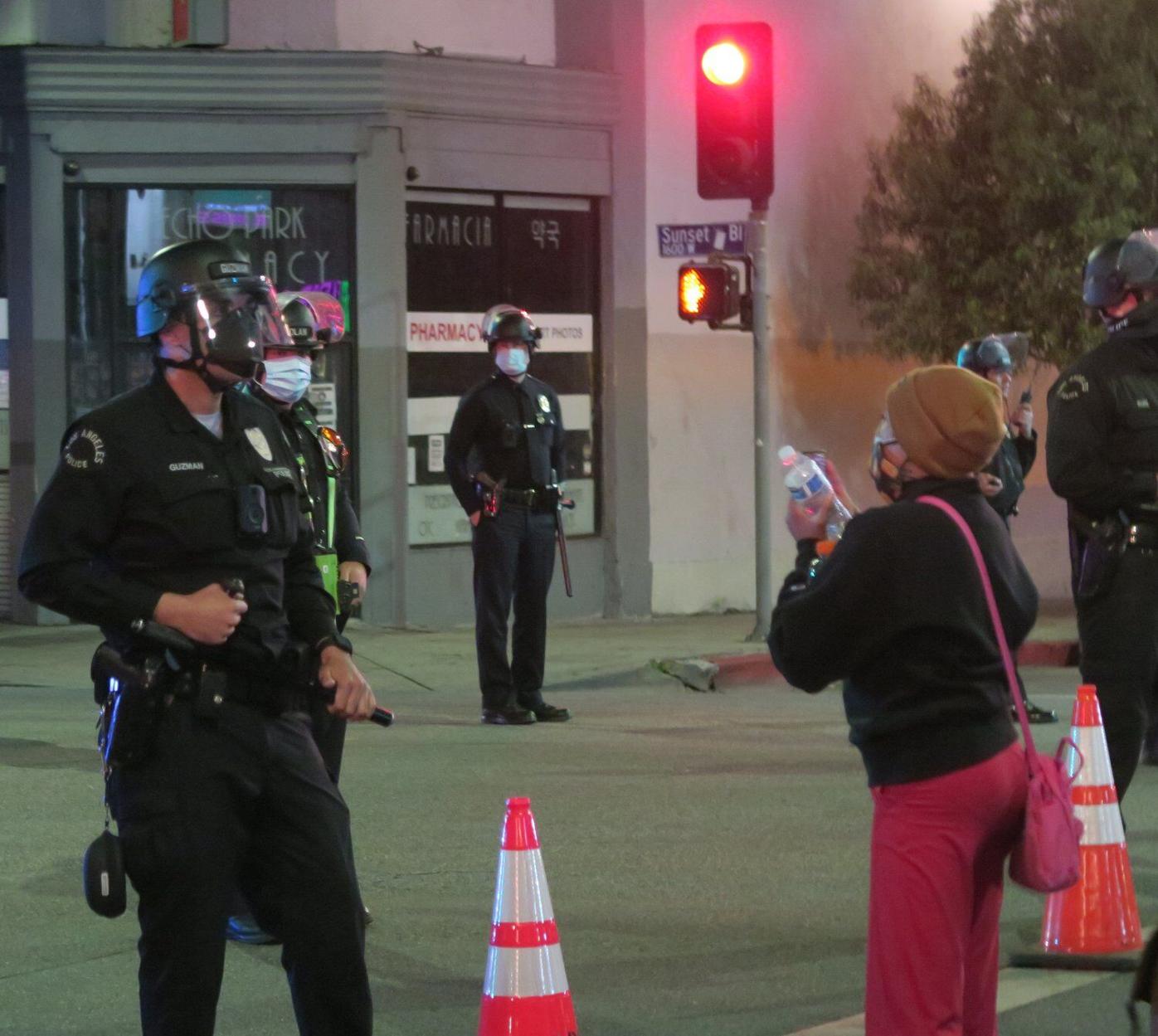 A protester and LAPD officer on Sunset Boulevard. 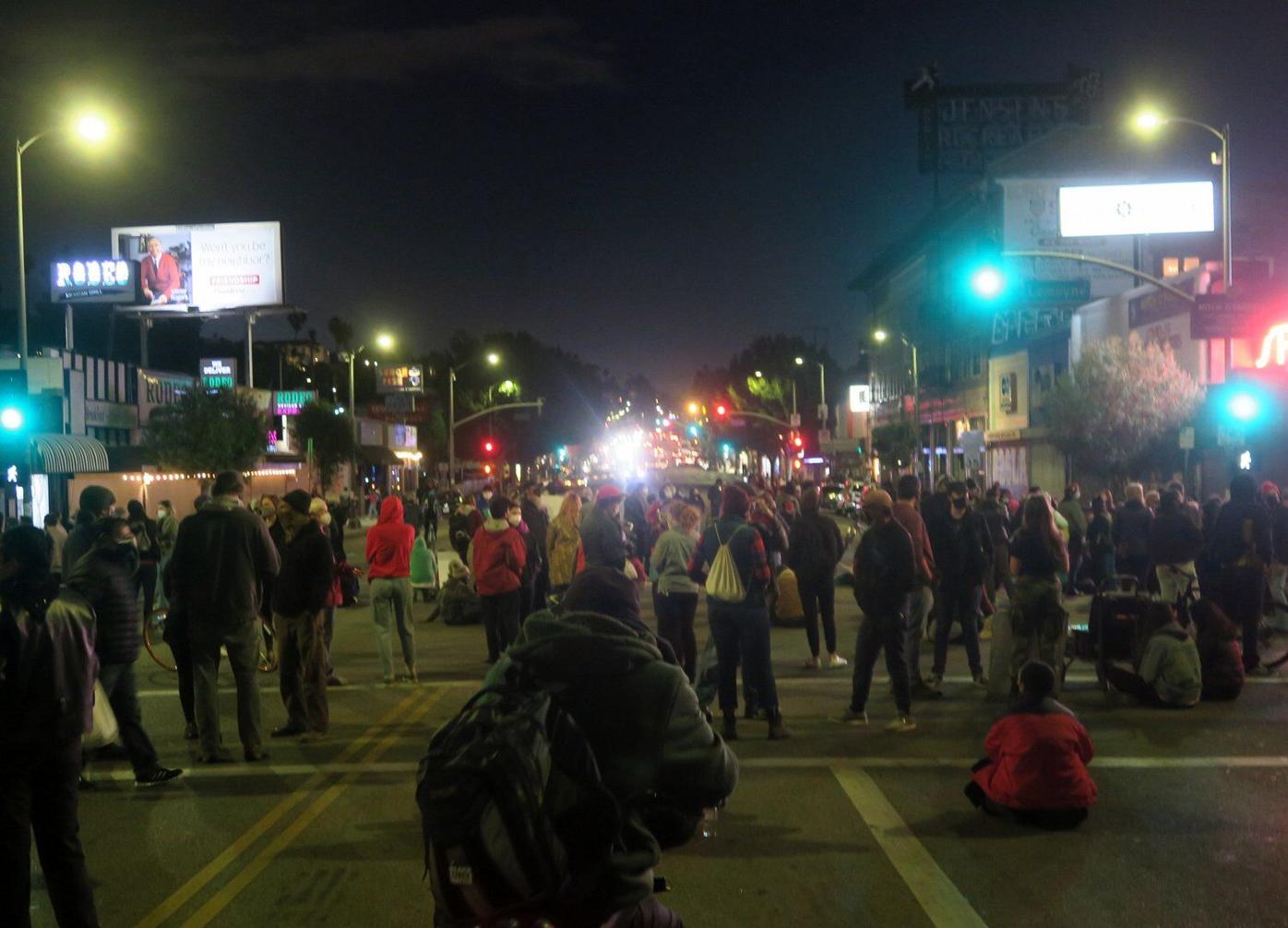 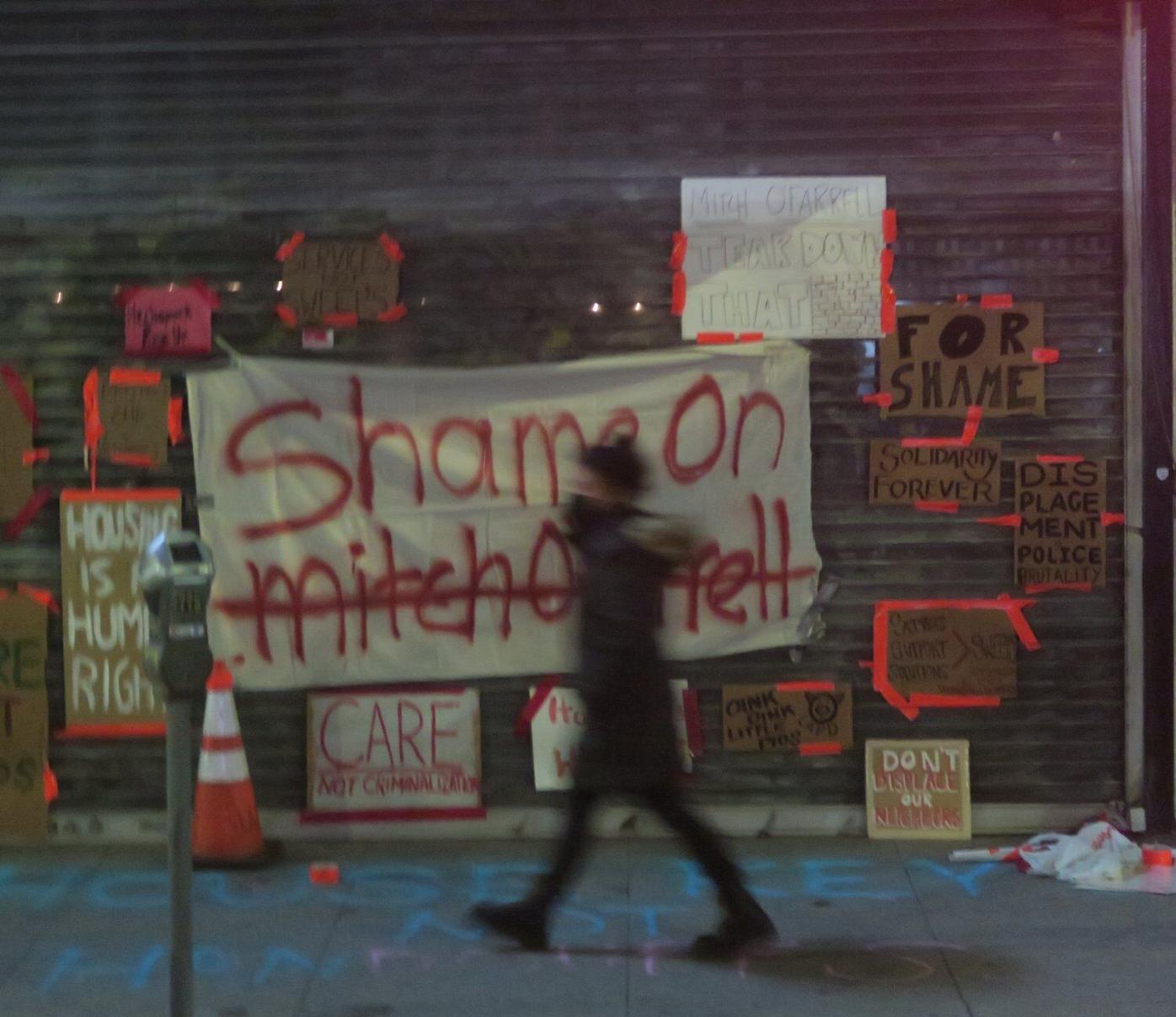 The field office of Councilmember Mitch O'Farrell was vandalized. 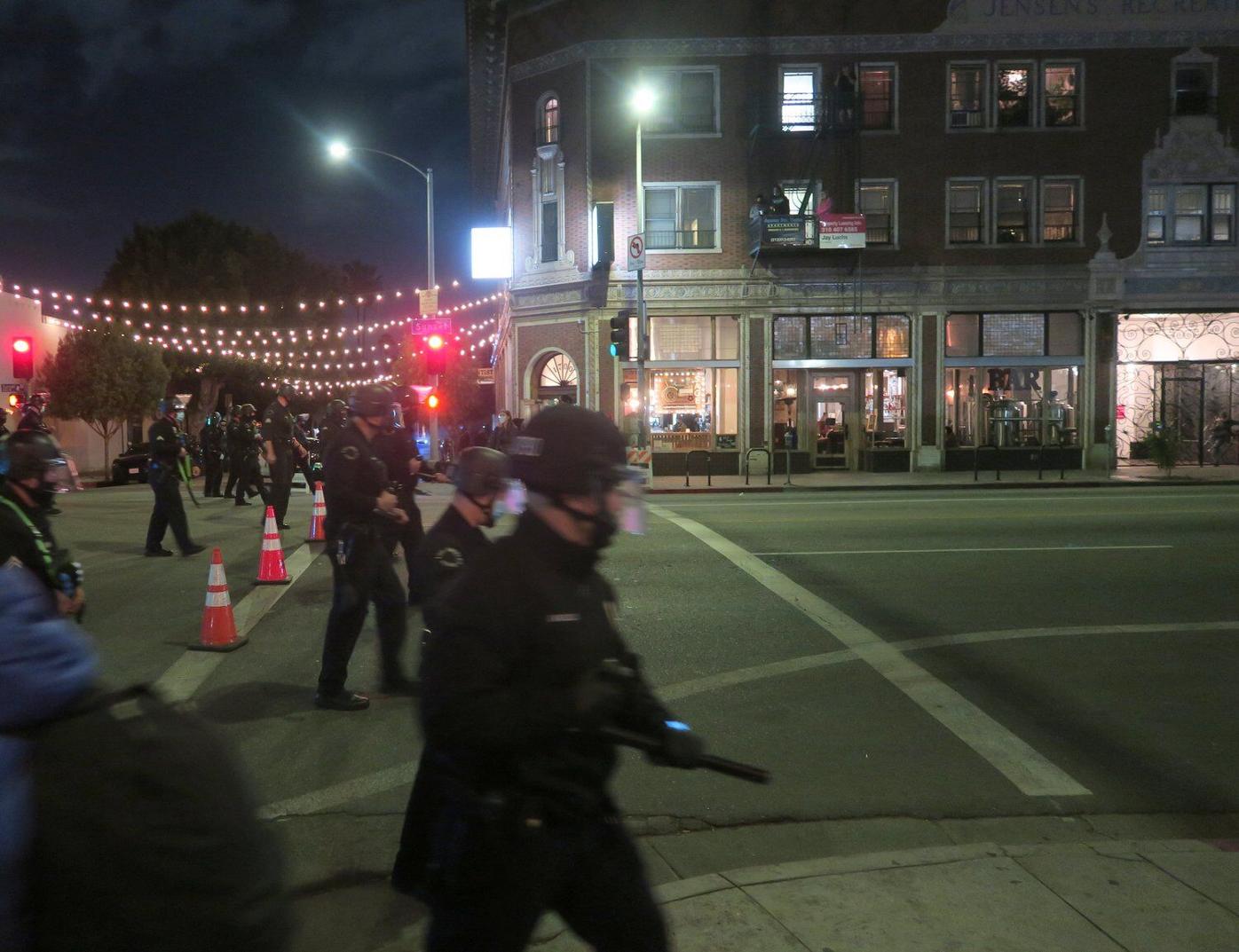 A line of officers in riot gear advance down Sunset Boulevard in the direction of protesters.

Echo Park -  The LAPD today said that 182 demonstrators were arrested last night during protests over the closure of the once sprawling homeless encampment at Echo Park Lake.

This morning, the two final residents of the encampment who had refused to leave were arrested for erecting a tent in a city park. Both men -- identified by the advocacy group Ground Game L.A. as Ayman Ahmed and David Busch-Lilly -- also failed to accept offers of housing in other locations, officials said. Ground Game L.A. told the LA Times that Ahmed and Busch-Lilly have since been released from custody.

"I think a lot of people probably who were protesting didn't know that there were only two people last night even left in the park," Mayor Eric Garcetti told reporters this morning.

The demonstrators were arrested for failing to disperse after unlawful public assemblies were declared. Three journalists and as well as members the National Lawyers Guild who had been monitoring the protests were at one point detained but later released, according to the LAPD.

Two officers sustained minor injuries, but there was no word on whether any protesters were hurt.

Except for Park Avenue, the streets around Echo Park Lake were reopened this morning after being shut down on Wednesday night. The sidewalks around the lake, however, remained closed this afternoon.

The protests were staged by activists and allies of the homeless after City Councilmember Mitch O'Farrell announced earlier this week that Echo Park Lake would be closed and fenced off to repair an estimated $500,000 in damage. Persons who had turned down offers to be housed elsewhere had to leave the park after the closure.

LA Sanitation and Environment (LASAN) assisted with the removal of all volunteer storage items and property, removing trash and hazardous materials, and taking all unattended personal belongings that remained on-site to one of two LASAN storage facilities for retrieval by the owners. Property left behind will be stored for a minimum of 30 days.

"Taking militarized police action to displace people who are already displaced is cruel and does nothing to bolster public safety. Mass arrests of protesters, legal observers and journalists will not keep the city's brutal, ill-conceived actions from being known. The city leaders who approved this approach should be held accountable," the ACLU said.

"A neighborhood in lockdown. Hundreds of cops in riot gear. Reporters being zip-tied and detained. Protesters being kettled and arrested. This is a disgrace and it did not have to happen. It's a shameful day for Los Angeles," he said on Twitter.