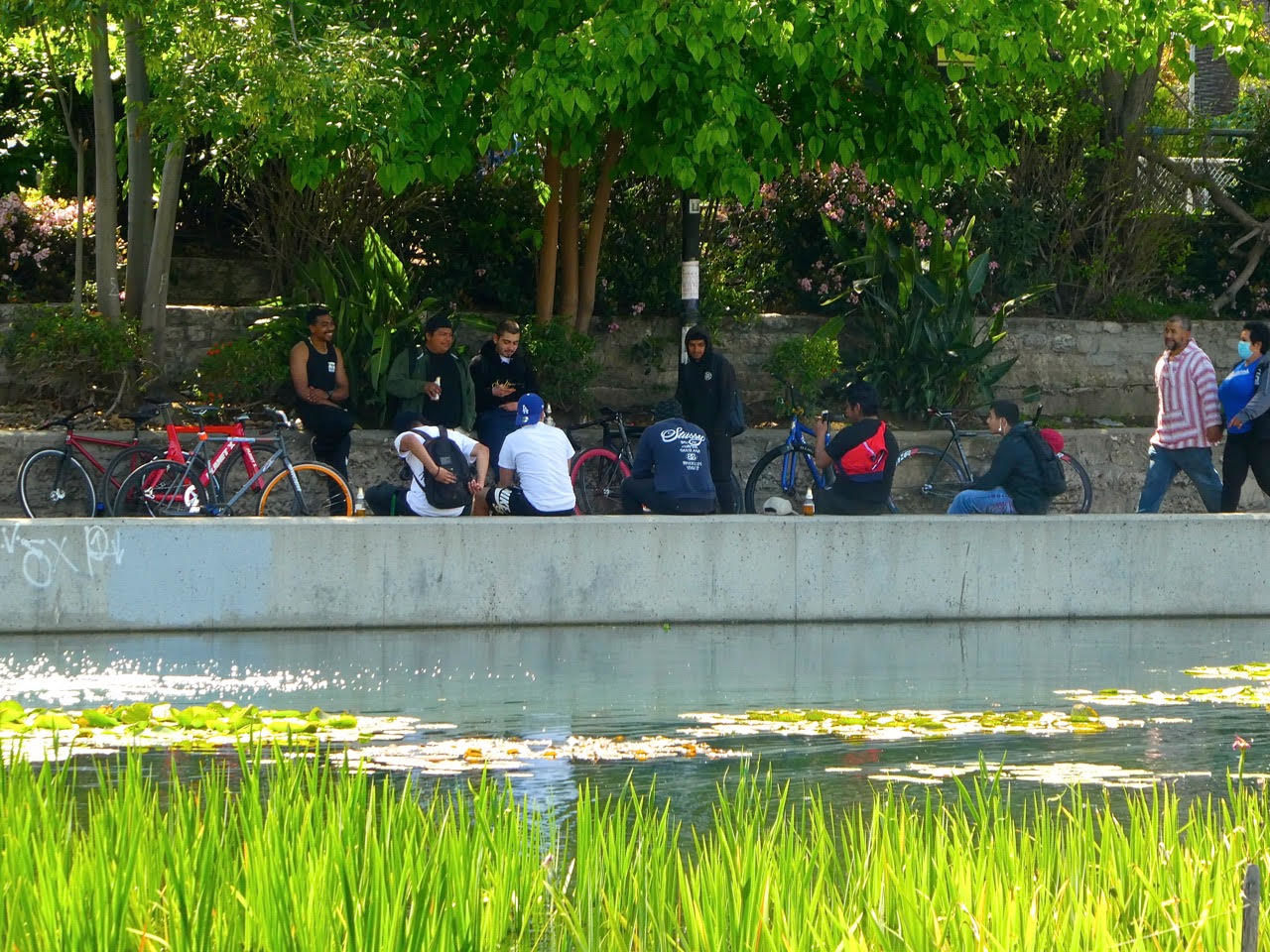 Not everyone was practicing social distancing. 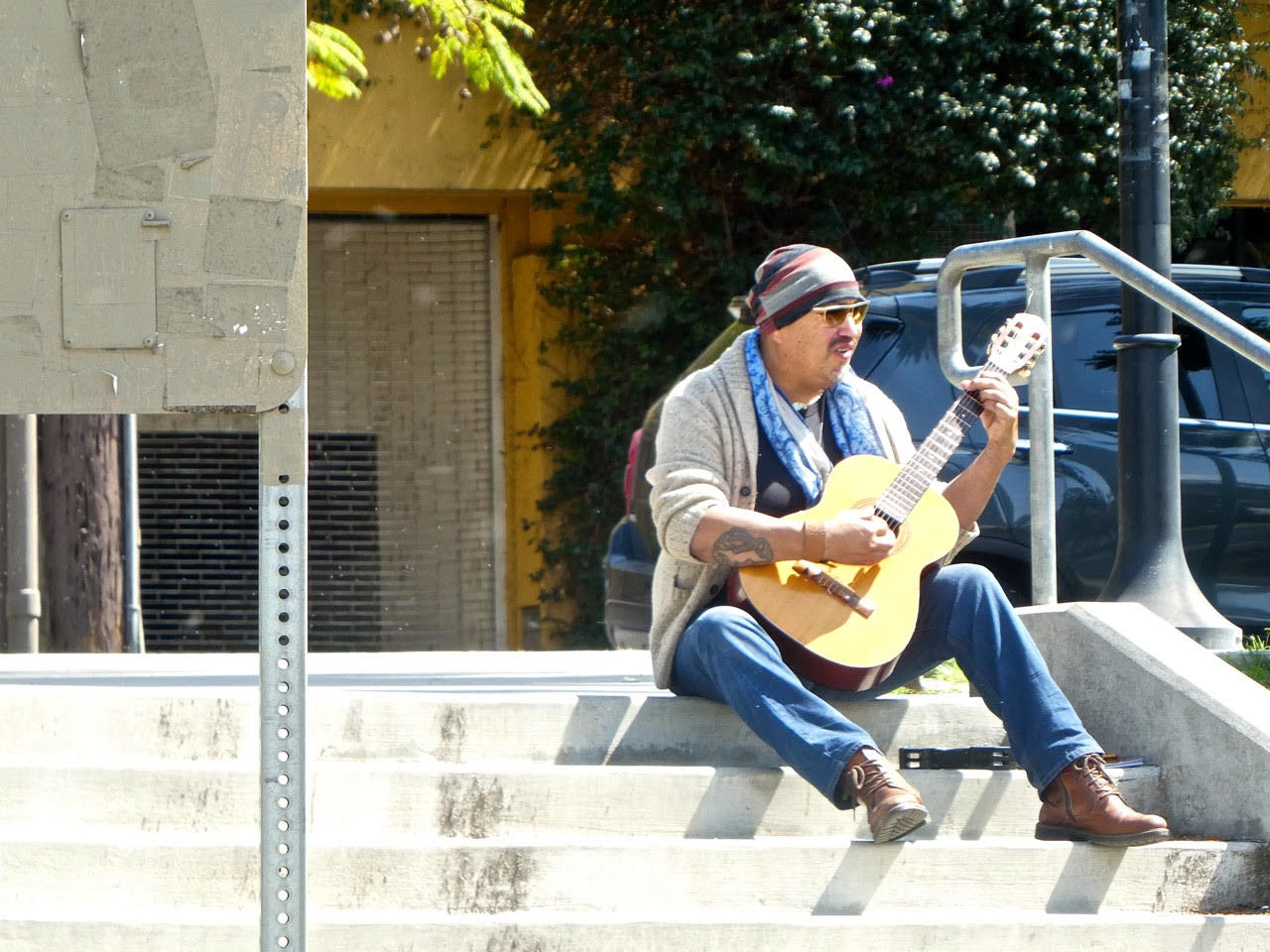 A guitarist spent the afternoon singing and playing. 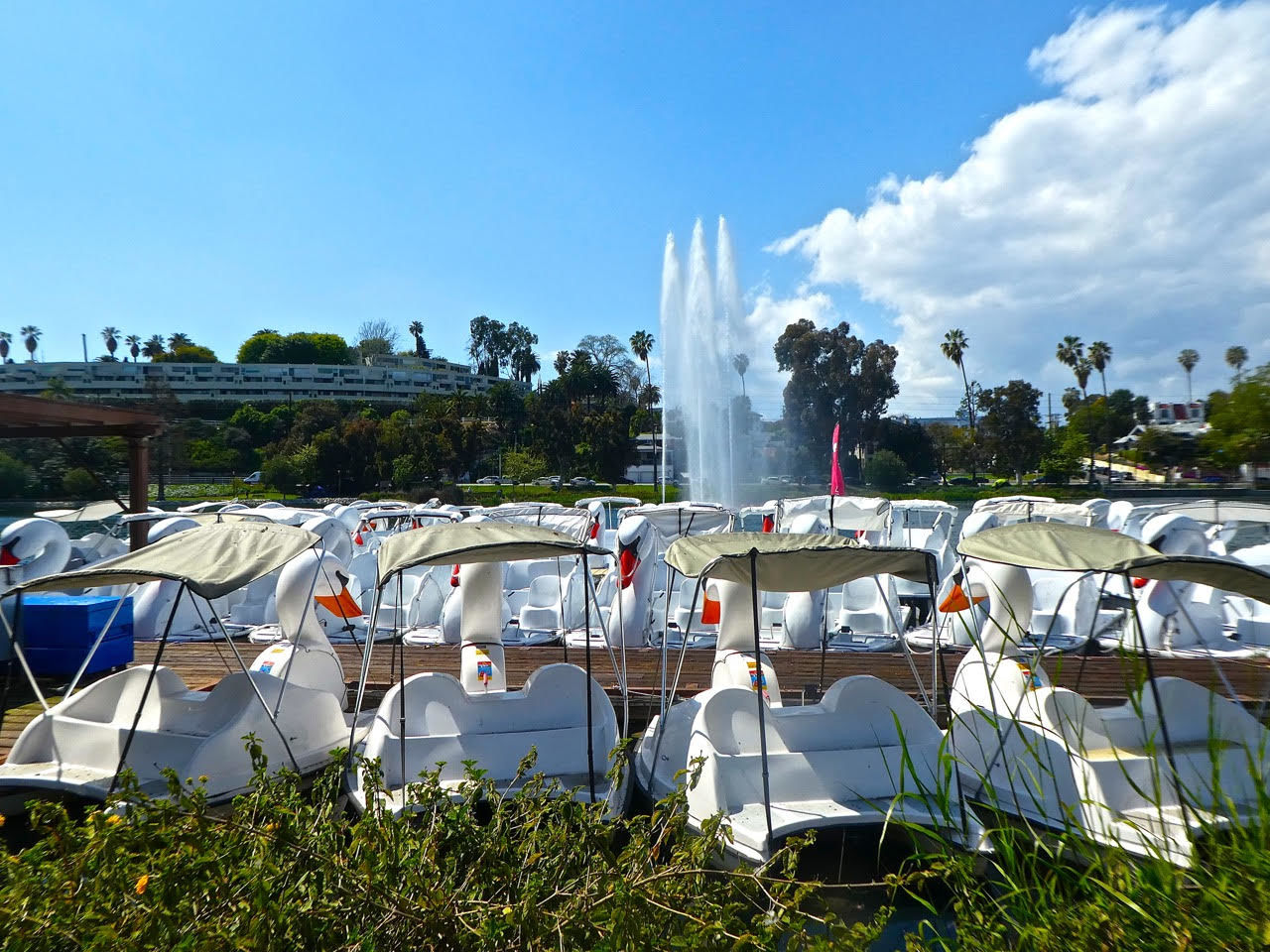 Swan boats were parked at the dock instead of floating on the lake. 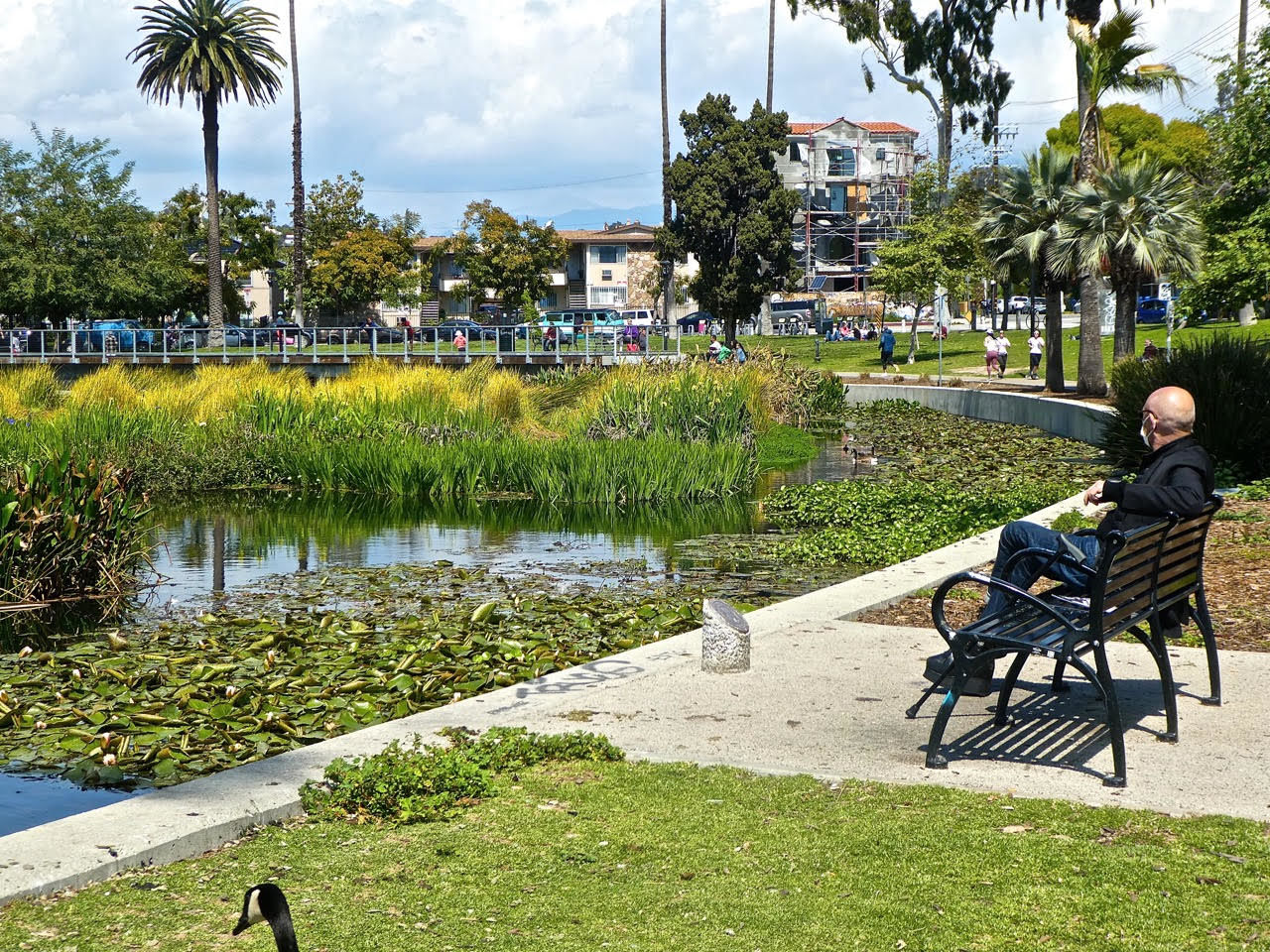 A quiet afternoon at the park. 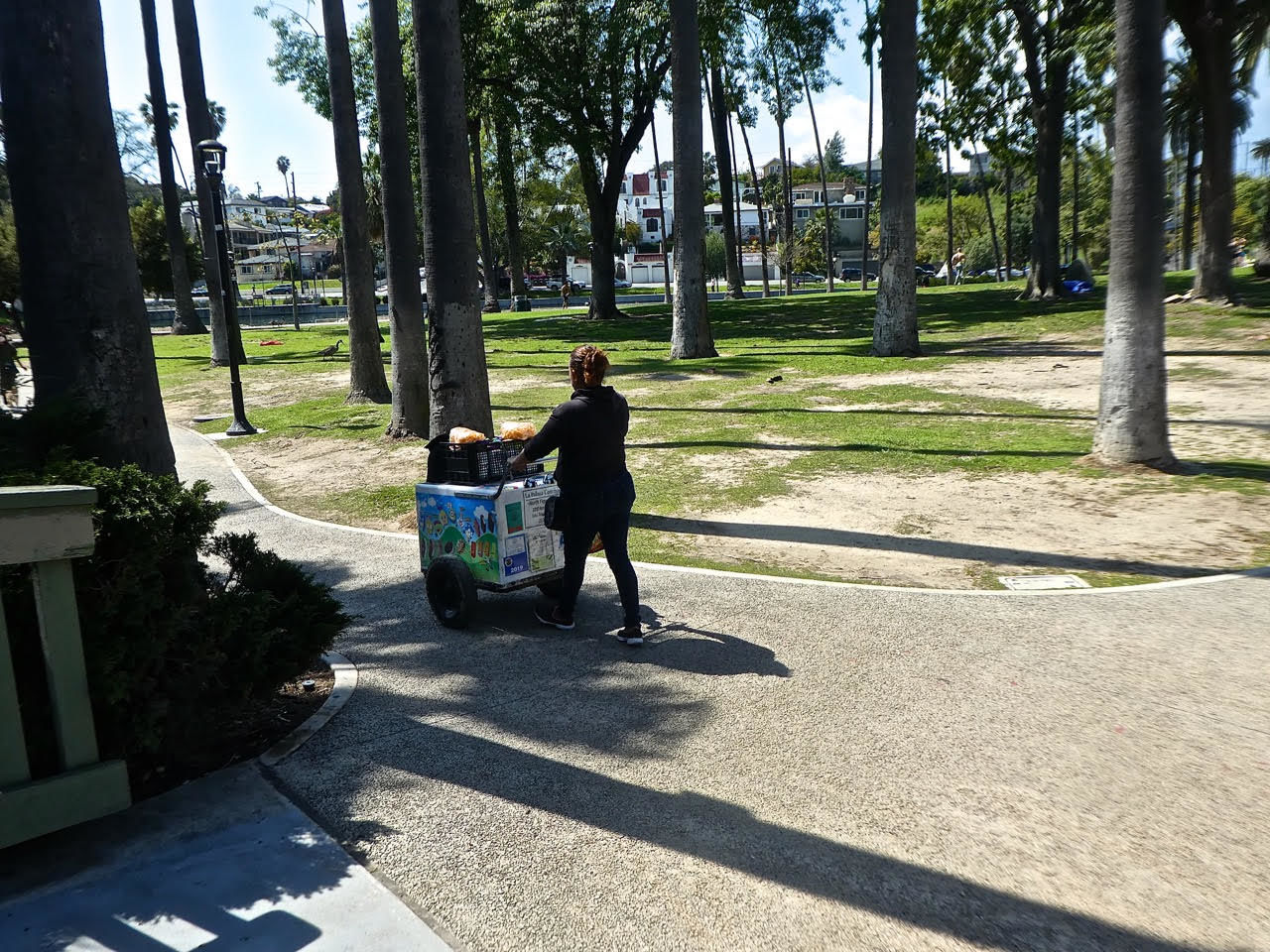 A vendor wheels her cart in what are normally crowded park paths. 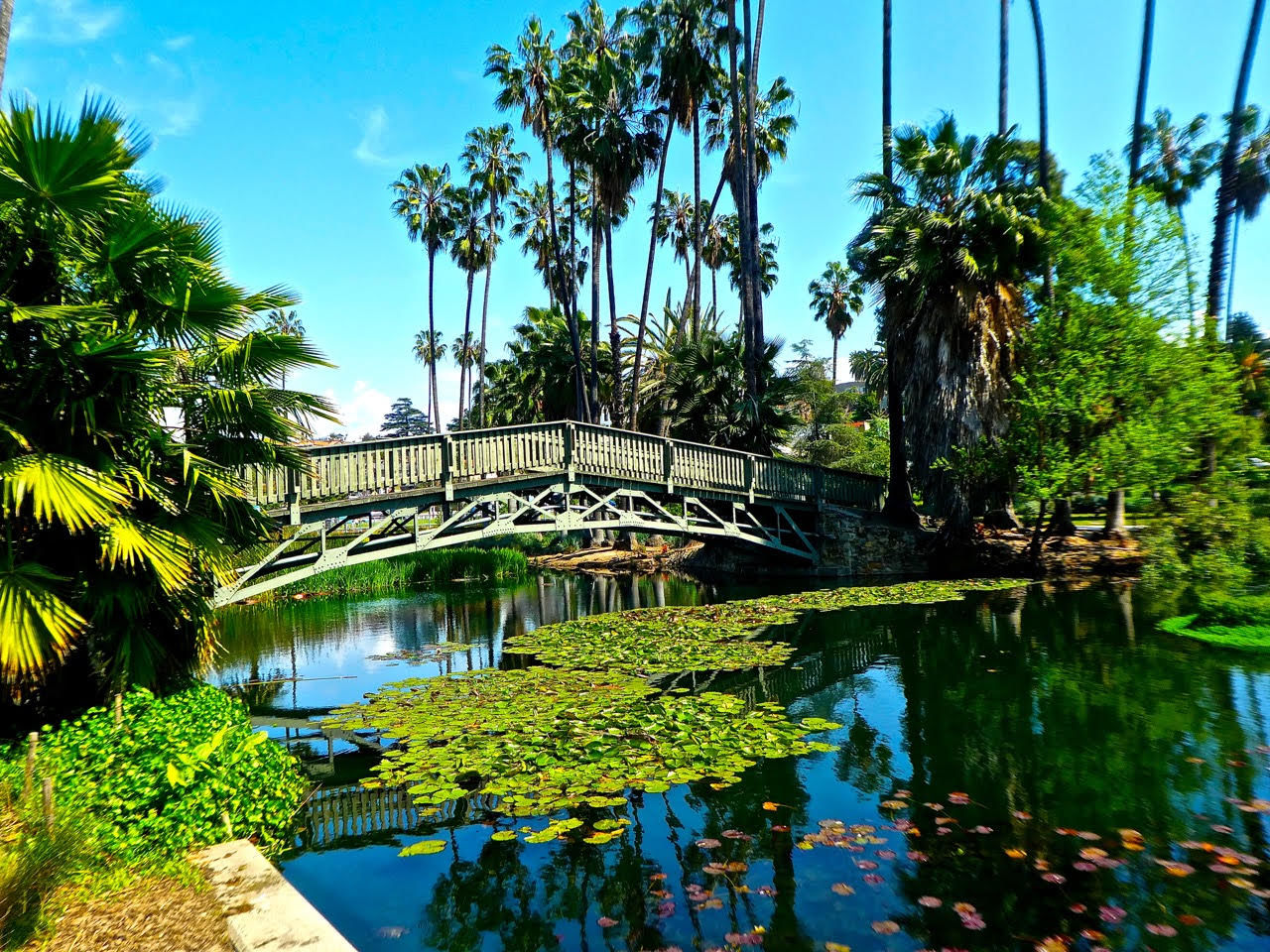 The iconic bridge is still picture-perfect. 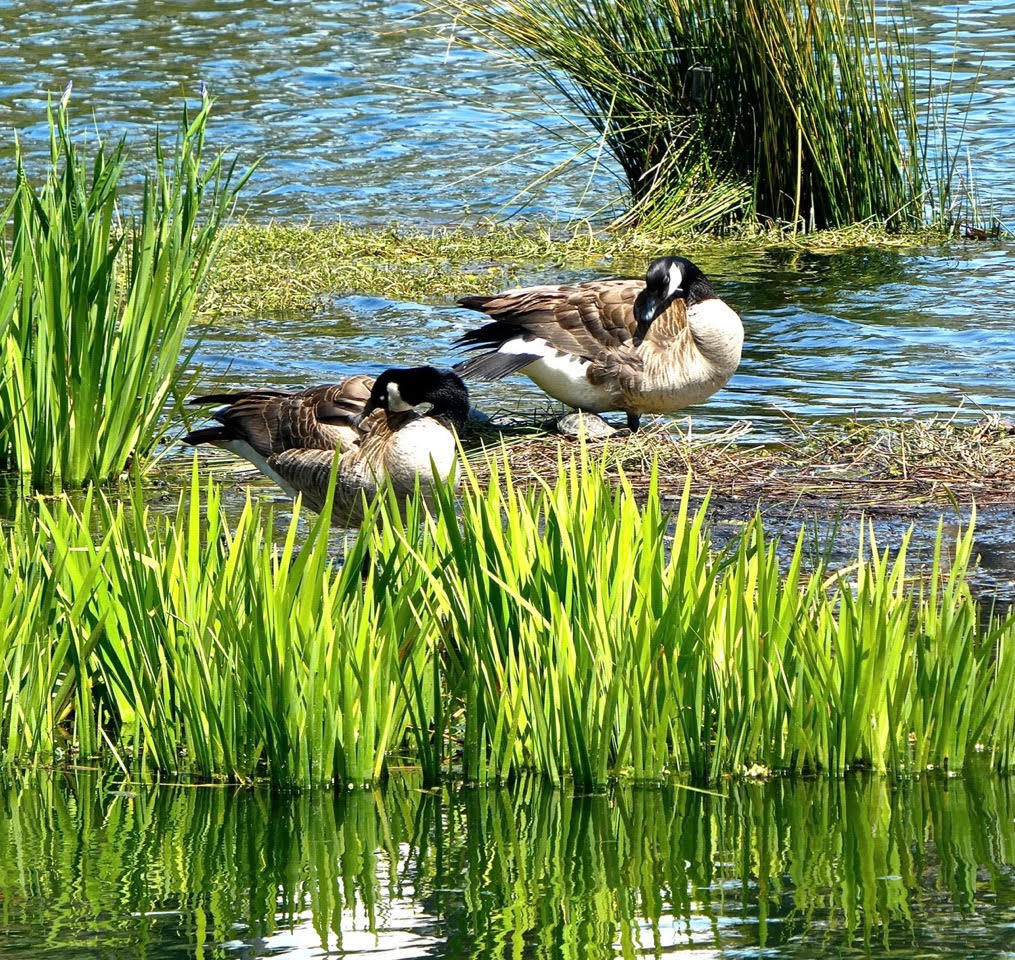 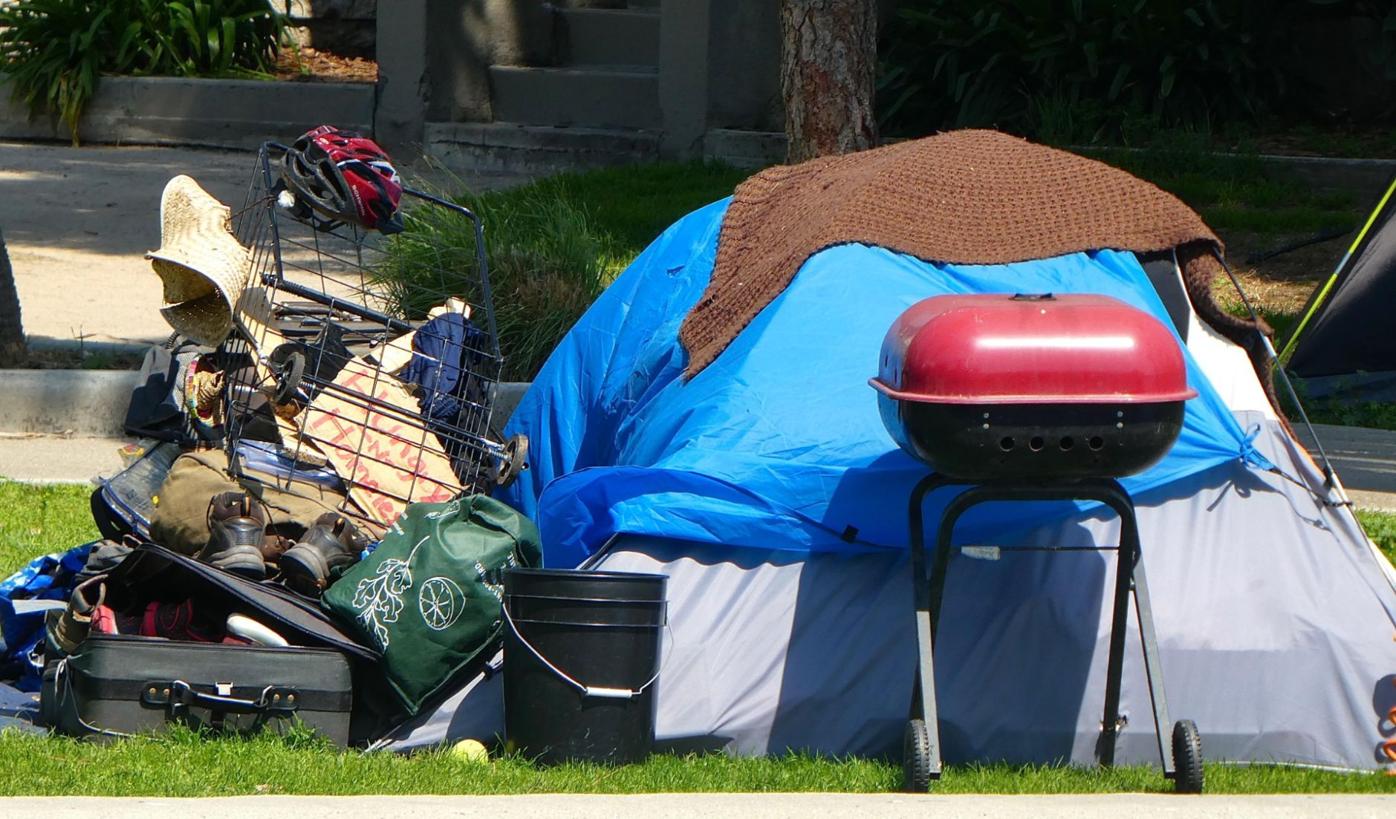 More tents have popped up at the lake.

But today was different. There were no big crowds or large packs of vendors. The swan boats were docked and boathouse locked up. The park's homeless encampment was larger than ever but it appeared that all were in their tents.

And you could even find a place to park, said Sandy Driscoll, who took a break from "Safer at Home" coronavirus orders for a stroll around the lake.

Sandy shared with us her observations and photos from a serene Sunday as she went for a walk, wearing a facemask and taking pictures as she went.

"Most, but not all, were social distancing, however I left enough room to safely maneuver around those who weren’t. I bypassed the

group of men who had commandeered the south walkway, but was fascinated by the juxtaposition between their tight group and the couple who were passing them, one masked and obviously concerned about her health.

It was quiet… even serene. A guitarist was sitting on the steps strumming and singing softly. I gave him a thumbs up; he returned with a smile and a nod.

Canada Geese were everywhere and most were relaxing, heads tucked under their wings. One was even sheltering a turtle under its body.

Few people were wearing protective masks. I wore mine simply because it made me feel safer.

The swan boats were huddled together as if waiting for all this to be over."