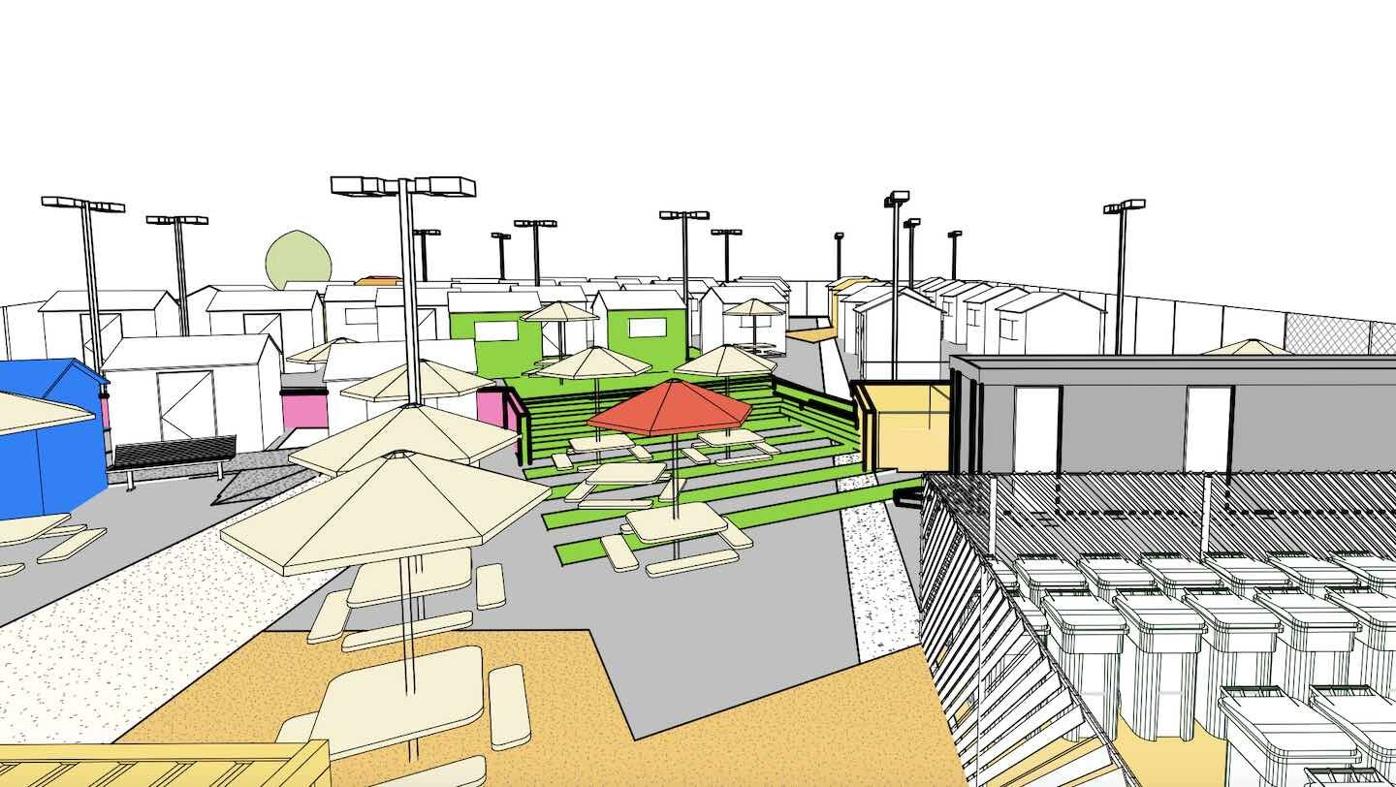 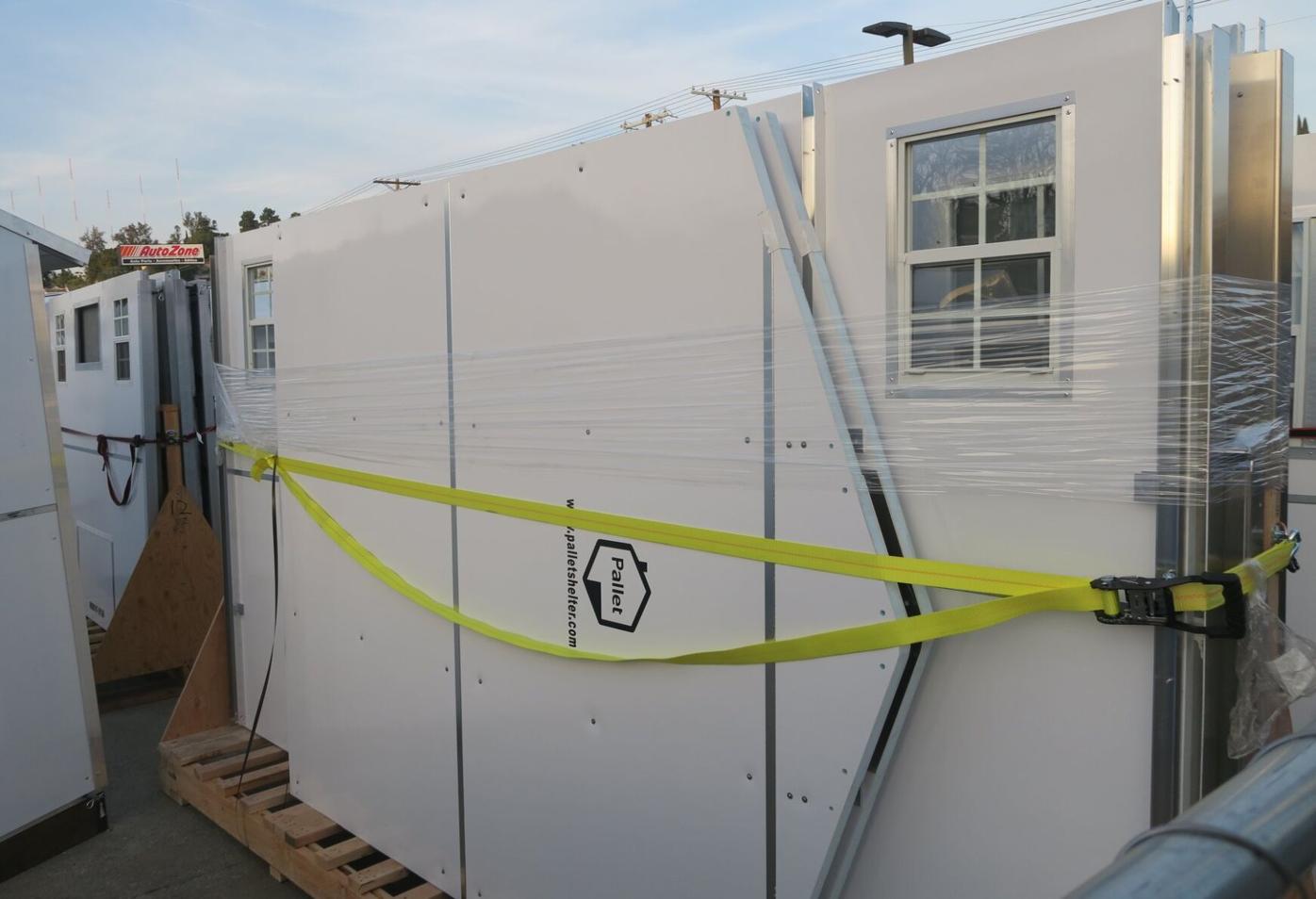 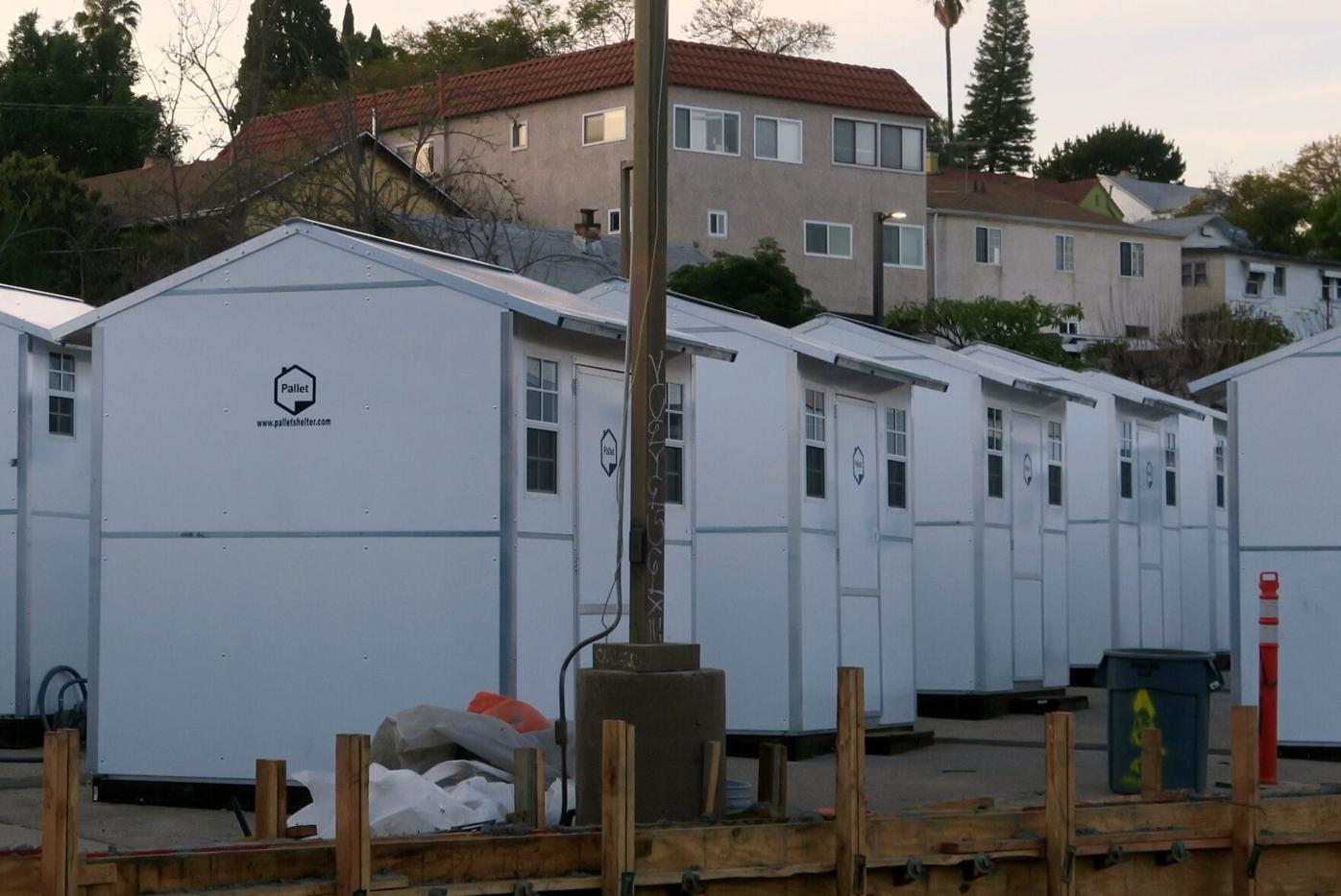 Pallet Homes pictured during the installation phase of the project. 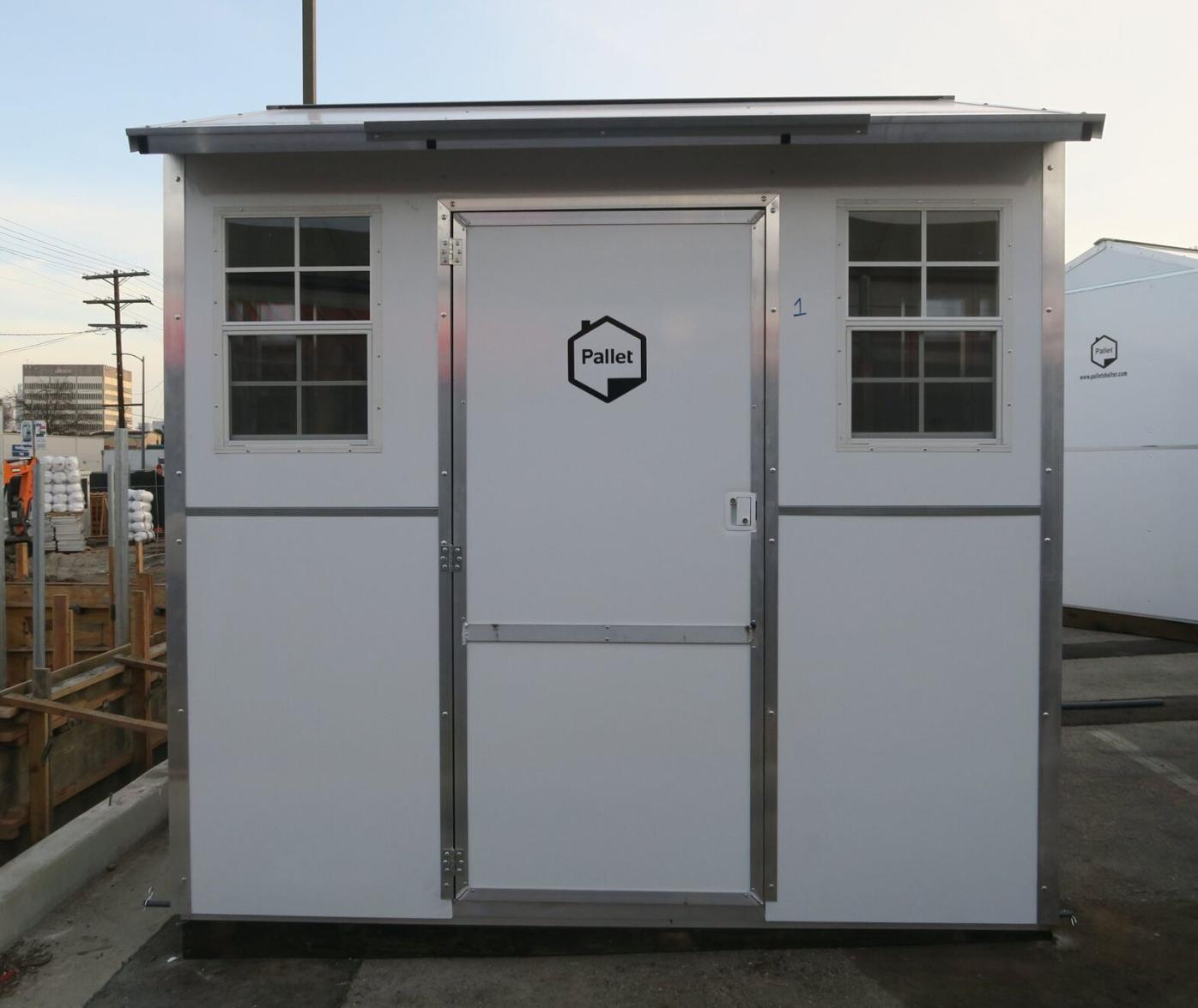 Echo Park - A Tiny Home Village for homeless residents is taking shape at Alvarado Street and Scott Avenue, and should be completed on June 10 - if not earlier - according to Lehrer Architects.

The village's 38 cabin-like structures will contain a total of 74 beds, according to Alexis Florio, speaking for Lehrer Architects. The prefabricated units are made off-site by a company called Pallet.

But this is not meant to be permanent housing, according to Councilmember Mitch O’Farrell, who oversees the 13th Council District, where the village is being constructed on a parking lot next to an Auto Zone store.

“Years. Not decades,” he said in a recent interview with The Hollywood Reporter, “but I think the goal for this, it'll be a transitional housing-type situation….”

Three of the shelters are single occupancy and ADA accessible. Each cabin has a total of 64 square feet - eight by eight.  The pre-fabricated shelters, which don't include bathrooms, can be assembled in less than an hour, according to the Pallet website.

These are the same size as units at two of Lehrer's previously completed Tiny Home Villages on Chandler Blvd and Alexandria Park in North Hollywood.

Most of the units are colored white, but a few carefully selected units will be painted, for the maximum visual effect, according to Nerin Kadribegovic of Lehrer Architects.

In addition, contractors are assembling a hygiene trailer with toilets and five showers. The village also include a guard booth, a storage unit, and a large administration office unit with a laundry facility and room for social service officials.

The Echo Park Pallet home village will cost about $3 million

Each sleeping pallet structure costs about $9,000, including installation, according to Mary Nemick from the city's Bureau of Engineering. The total cost of the project is about $3 million. This is well under the $5,695,000 that was approved for construction. The annual cost to operate the site in the Fiscal Year 2021-22 has been projected at $1,485,550

All this is coming together in the parking lot at 1455-1461 North Alvarado St. The lot has been available for lease for many years and has been the site of a proposed retail and restaurant center that never materialized as well as a Christmas tree lot.

I meant to say SRO units, not ADUs, since typical ADUs have their own kitchen and bathroom.

The only lingering questions I have is whether there's someplace for people to cook their own meals, and if they are considered transitional housing, how people will transition out of them. IMO, We need to build a lot more of these, charge very little rent, and give people tenant rights and stability like any other rental unit. These and other ADU units could become a permanent solution to affordable housing, not just a temporary "transitional" housing that you have to qualify for by being homeless for a certain amount of time, etc. and that you'll be kicked out of after a specified amount of time or whatever. If you charged, say, two hundred bucks per month and gave people a real lease and stability, people could use them for both getting out of homelessness as well as keeping from becoming homeless in the first place.

Its 900 feet from Mayberry Elementary School. How is this possibly good?

Why should that be worse than anyone else living that far from the school? Registered sex offenders must live at least 2000 feet from elementary schools, so they would not be able to live either in the tiny homes village or in nearby apartments. Homeless people are already living on nearby streets. I think it's better that they have an opportunity to have decent housing and get their lives together.