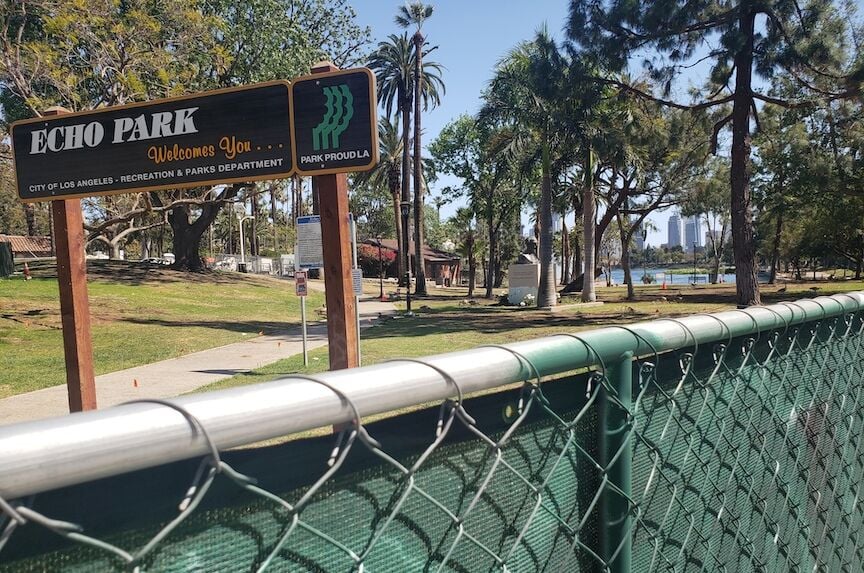 Echo Park Lake behind fencing installed to close the park on March 25. 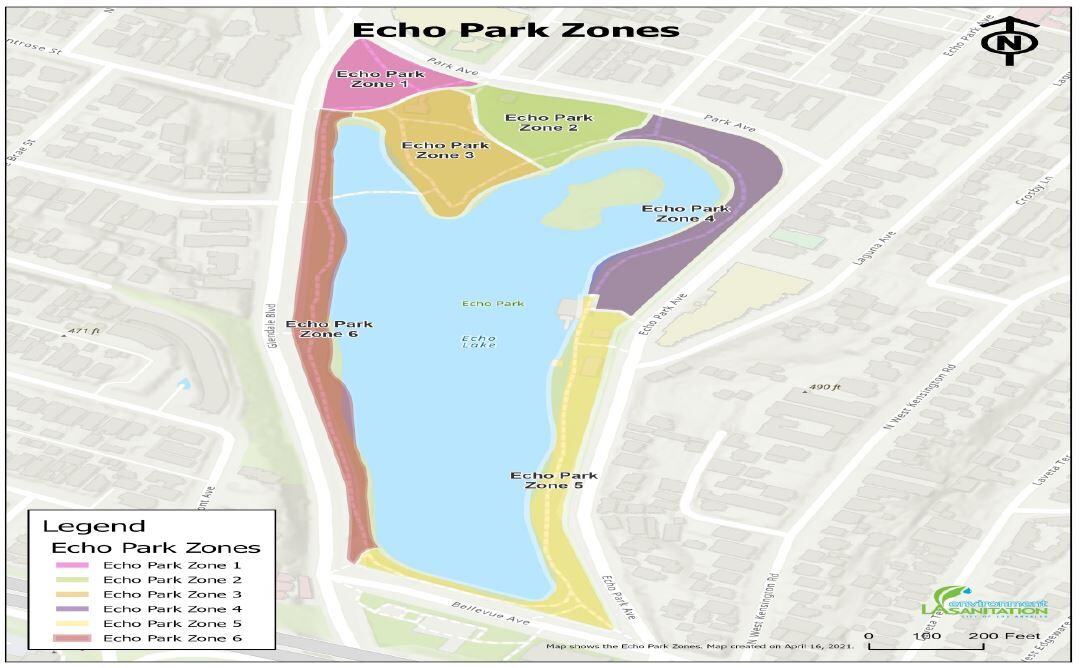 Areas of Echo Park Lake where 35 tons of waste were cleaned up.

Echo Park - More than 35 tons of waste -- from human feces to syringes  -- have been collected at Echo Park Lake since the park was closed and a large homeless encampment removed in late March.

The trash and waste were removed as part of repairs to the approximately 29-acre park, which is expected to reopen by the end of the month, according to the L.A. Times.

In its report on waste removal from the park grounds surrounding the lake, LA Sanitation divided the park into six zones from which workers picked up waste from 109 locations. Most of the trash came from these unique locations rather than from trash receptacles or vegetation.

Here are some of the dirty details from the report:

• The western side is also where most of the biological waste came from - about 350 pounds of urine and feces, almost as much as all the other areas put together.

• The northwest corner of the park had far and away the most parasites. This is where the encampment first started some months before the pandemic set in.

• The northeast corner of the park (Zone 4) had the most cockroaches. This area has also featured a lot of food stands.

•The southeast quarter of the park area (Zone 5) had most of the paint and oil waste - mostly paint.

People pee into bottles. That’s how they weigh it. It’s a very common thing for clean up crews to find in parks and alongside roads.

this article is also trash. it's propaganda. are you literally suggesting they weighed the urine they took out of the lake? they seperated the urine from the water? what are you talking about? they found human feces that was still solid on the lake, sperated it and weighed it? that is what you're saying? wow, please take this garbage piece of writing down.

Trash trucks are actually capable of weighing the garbage it collects. I doubt they weighed the urine, but solids and other waste could definitely be weighed........ A years or more worth trash could add up to that amount.....

sure, they dredged the lake, it hasn't been done in many years. they are literally reporting bthat they weighed the human feces and urine, which of course, they did no such thing. this article is painting a false picture of what is going on in the lake. I volunteered, with many people, who regularly clean the park and helped the people living there.

The story says the waste was removed the park grounds surrounding the lake -- not from the lake itself.