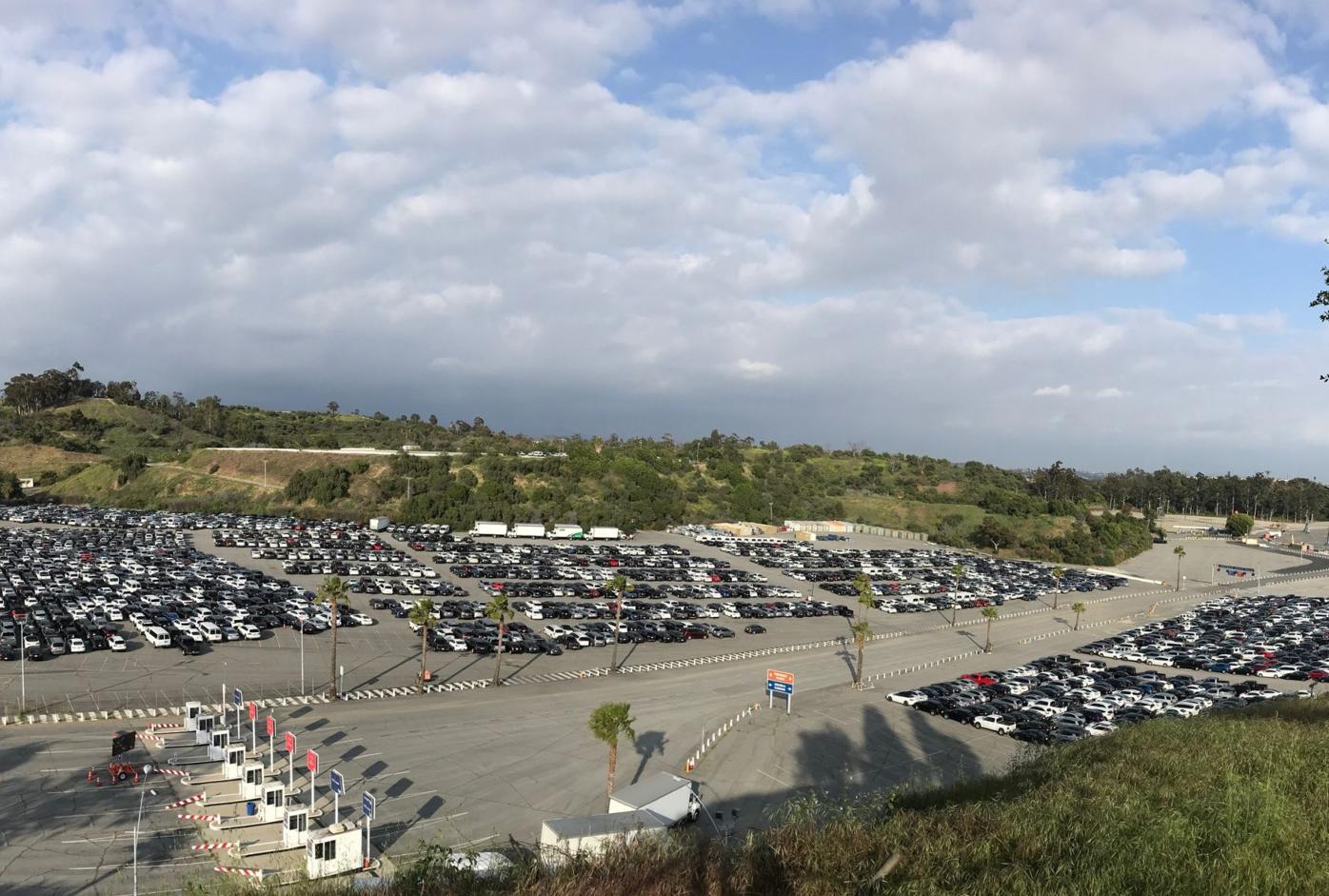 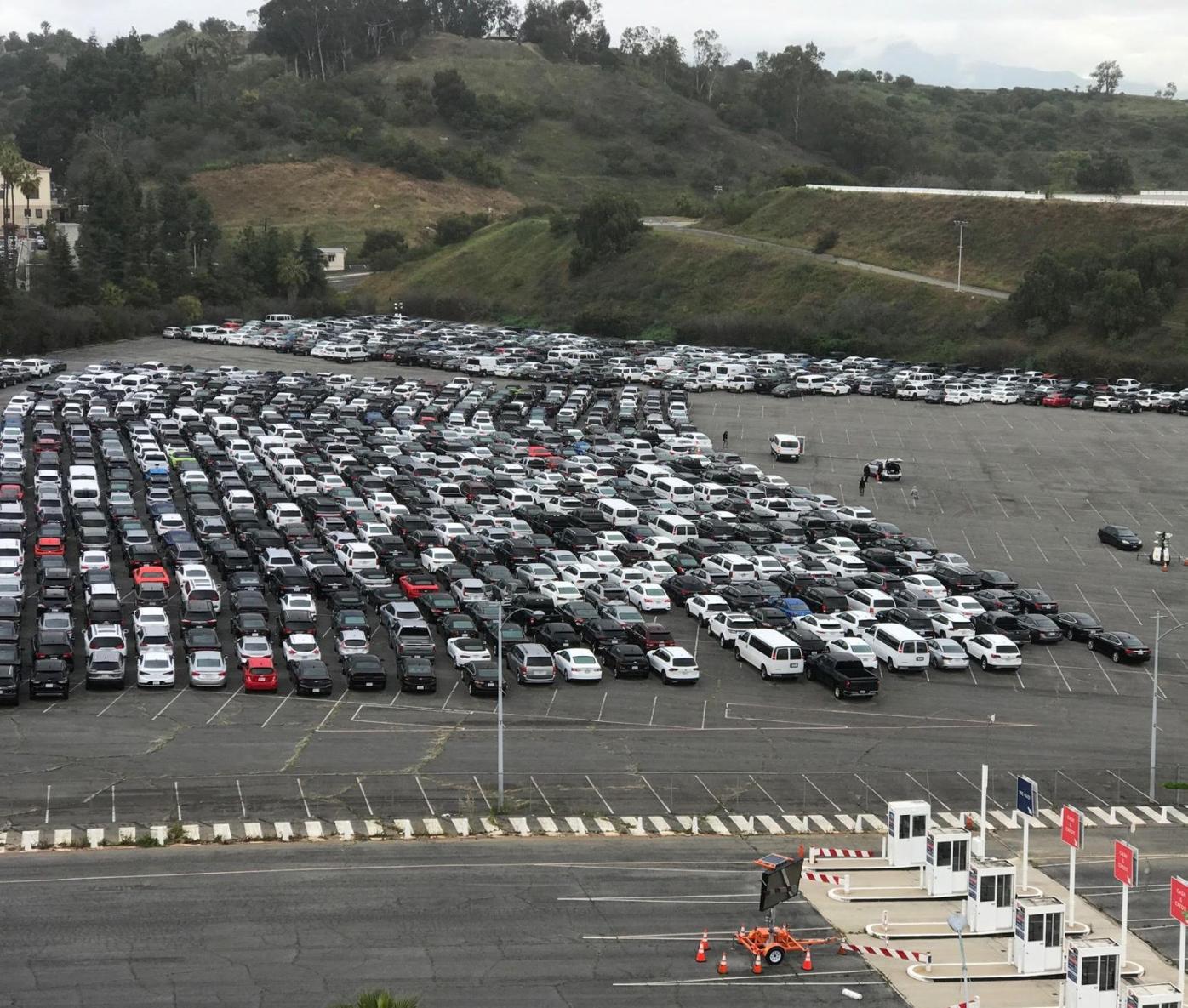 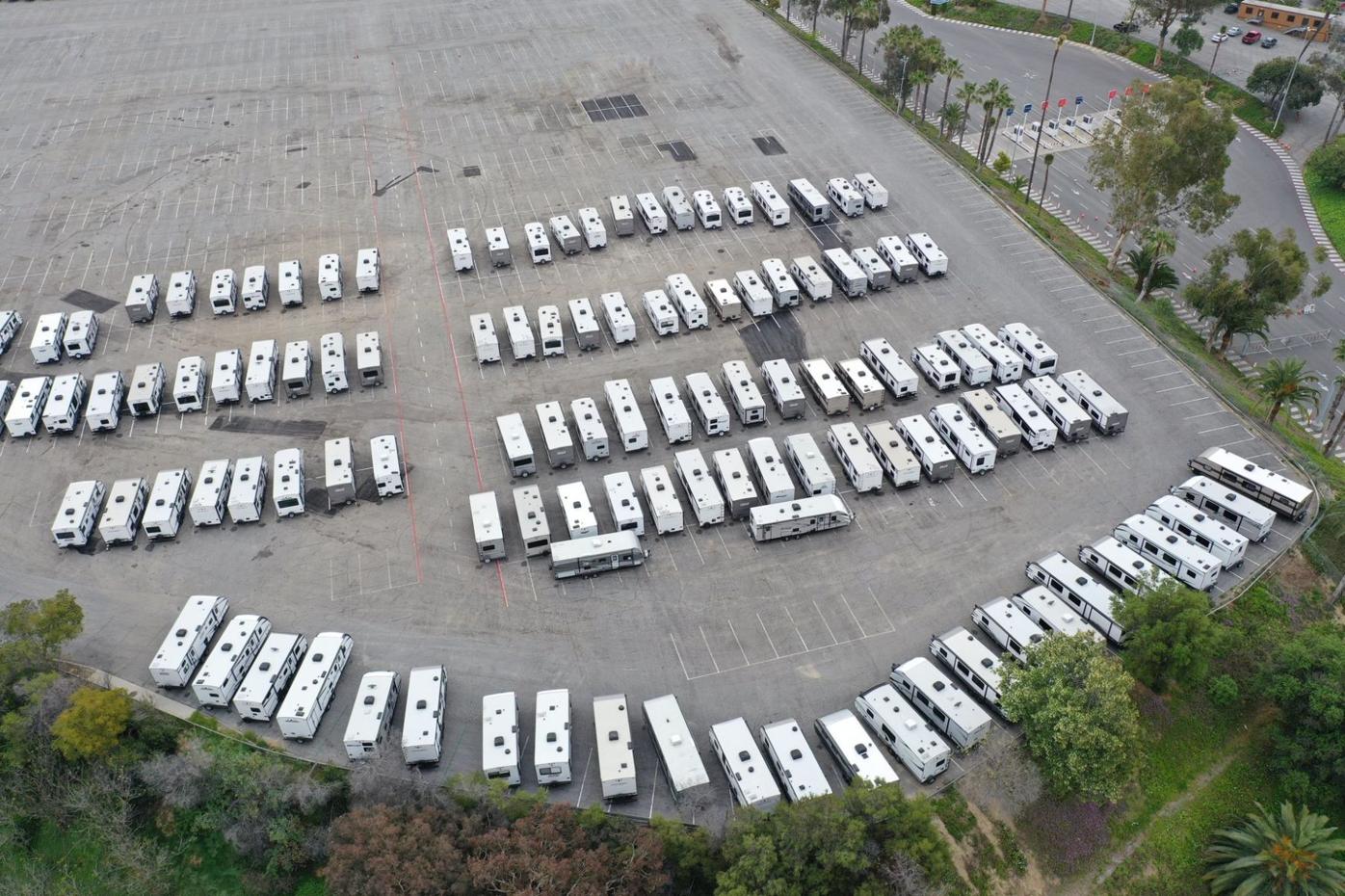 RVs parked in the Dodger Stadium lot. A city vehicle was seen towing RVs into the lot. 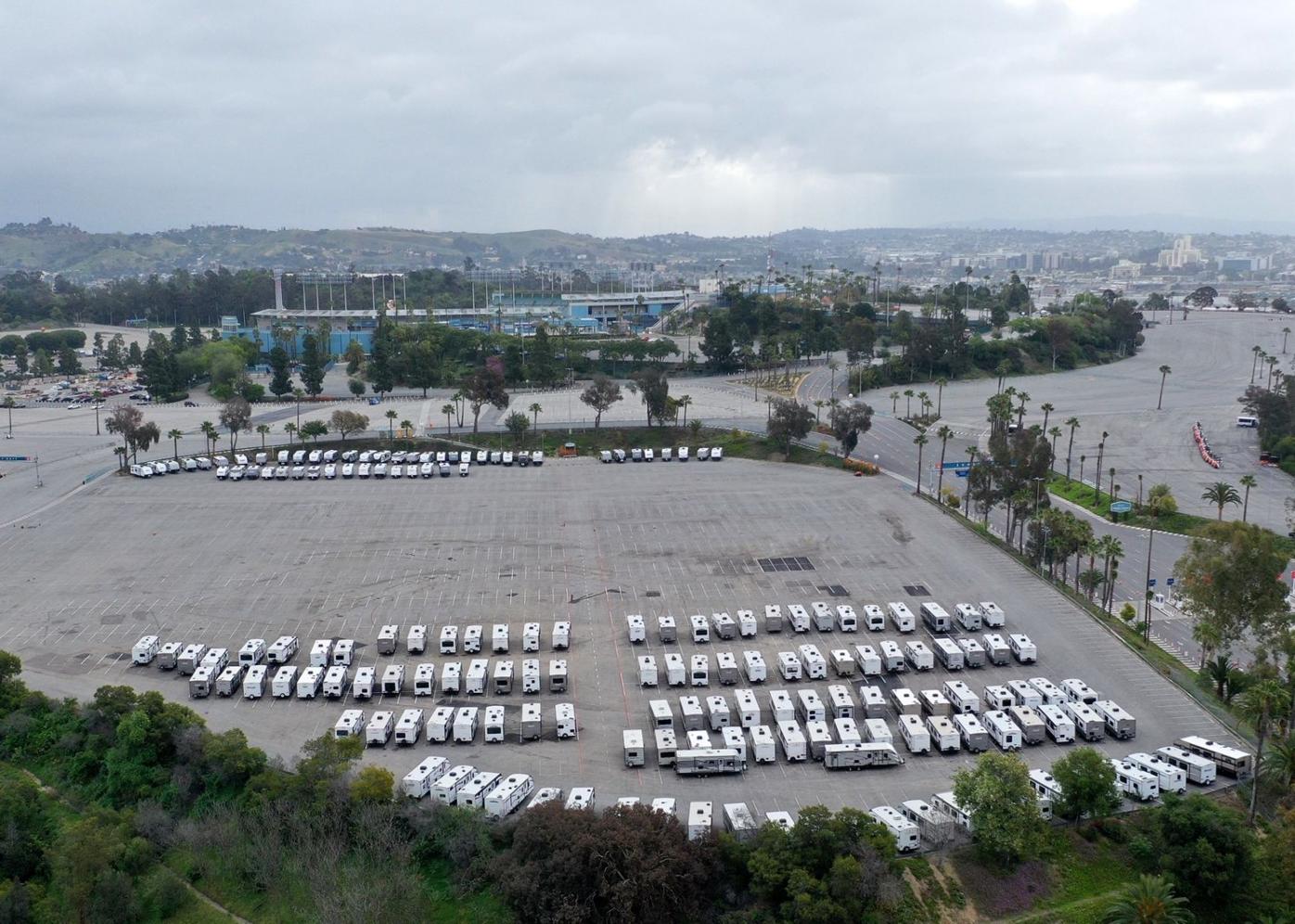 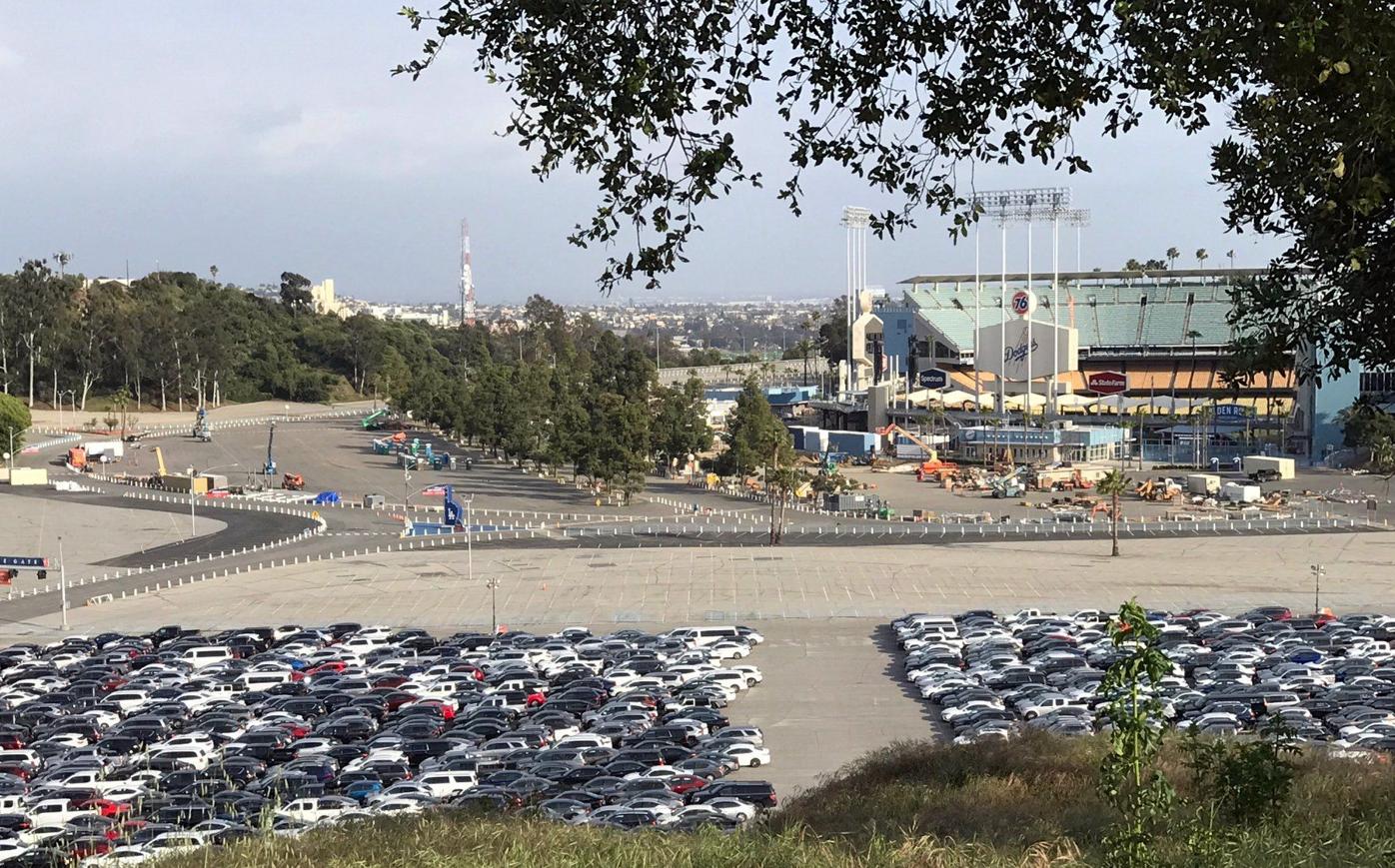 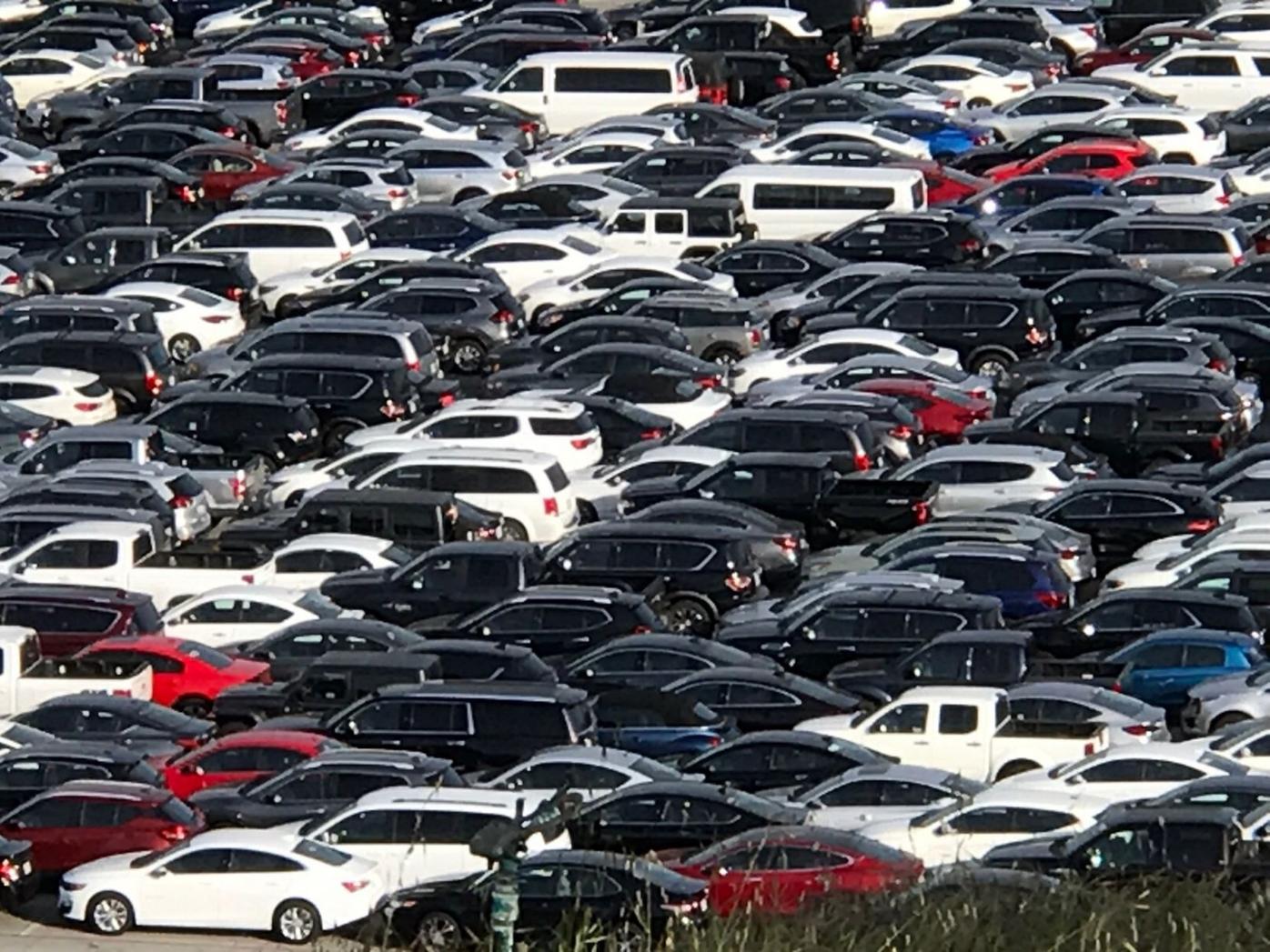 Rental cars were mothballed at Dodger Stadium after the pandemic shutdown crippled the travel industry.

Echo Park -  The huge fleet of unused rental cars being mothballed at the Dodger Stadium during the pandemic keeps growing.

The photo shown above taken on April 2 compared to the one from March 24 (below) shows how many more vehicles have been packed into the north side of the stadium lot while the ballpark is closed during the coronavirus outbreak.

It's a symbol of the pandemic's growing economic toll, with the travel industry among the hardest hit.

The Dodgers never responded to our inquiries about what the cars were doing there.

But an Echo Park resident says she has traced the vehicles back to Enterprise rentals. An Enterprise rep told her the company had been storing cars in locations throughout the L.A. area.

Parked cars have already filled up Santa Anita Racetrack, she was told. Then the convention center.

In addition to rental cars, large numbers of RVs are now being a stored in the lot near the stadium entrance at Stadium Way and Vince Scully Avenue. A Council District spokesperson said the RVs have been allocated to the L.A. Fire Department and are being stored in the ballpark temporarily.

With the travel and rental businesses slowed down by the coronavirus outbreak, car companies are moth-balling their cars in large lots everywhere - including Palm Springs, Ontario Airport in the San Gabriel Valley, and Hawaii’s Aloha Stadium.

ABC7 reports that Angels Stadium has also been turned into a rental car storage site.