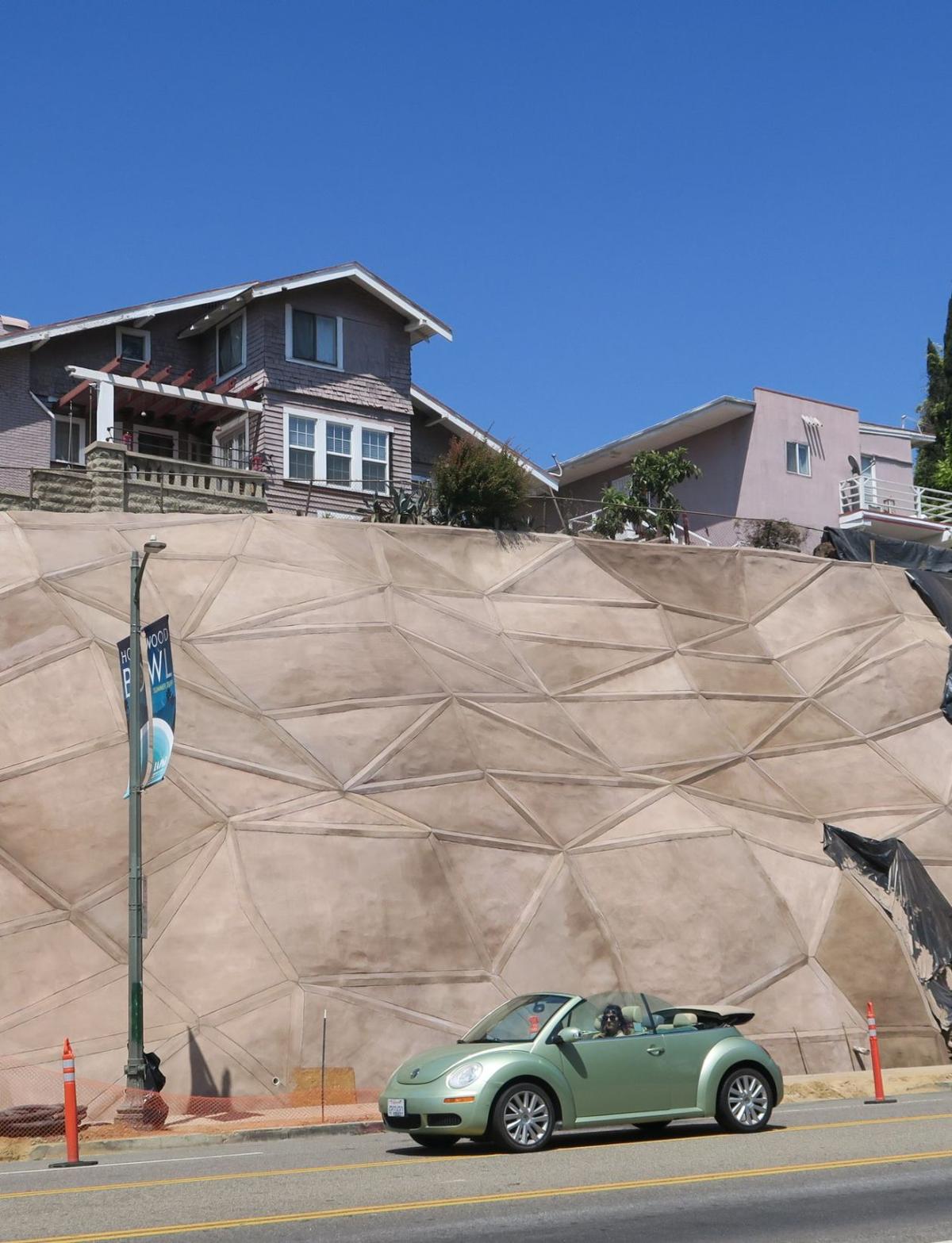 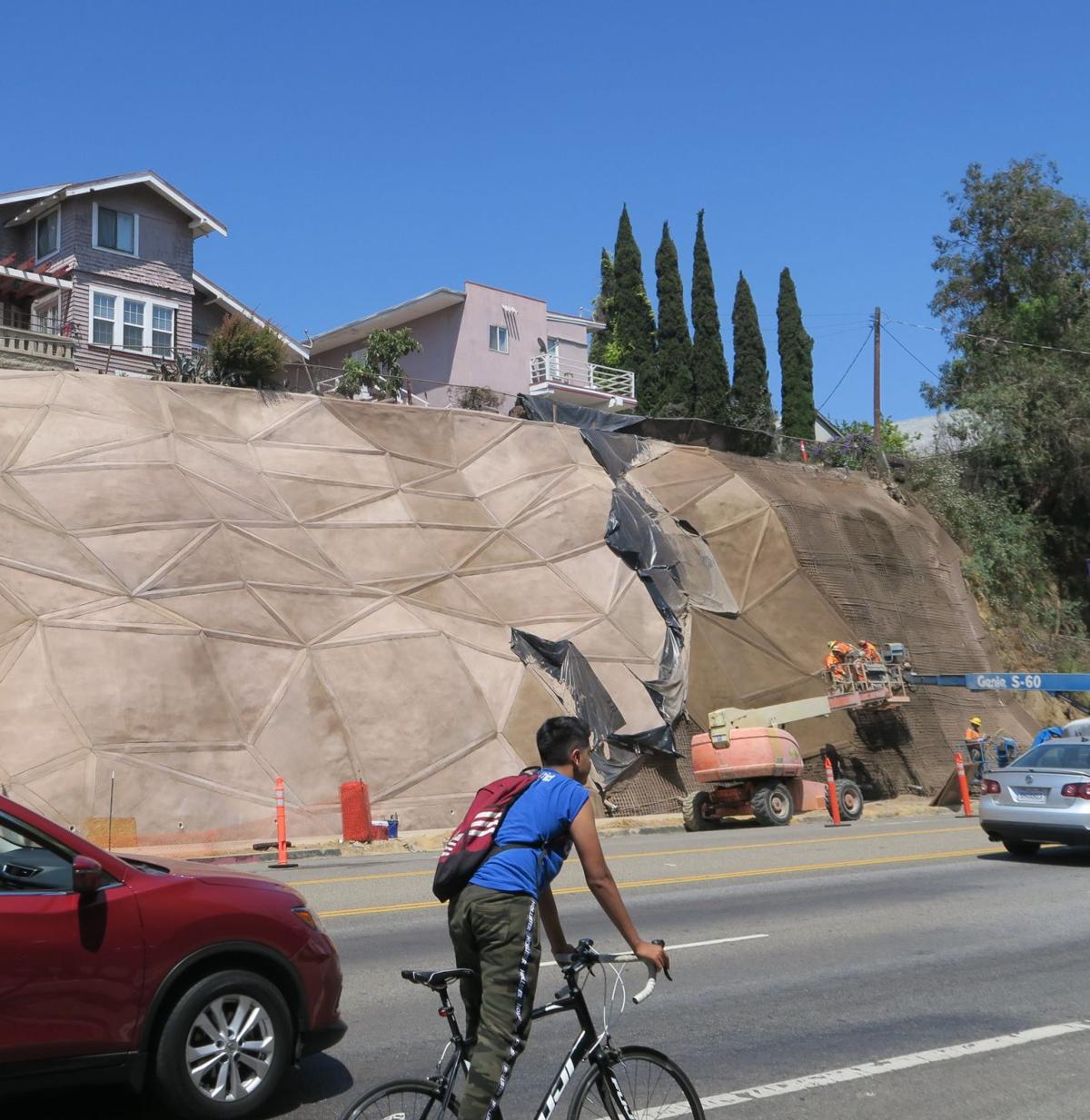 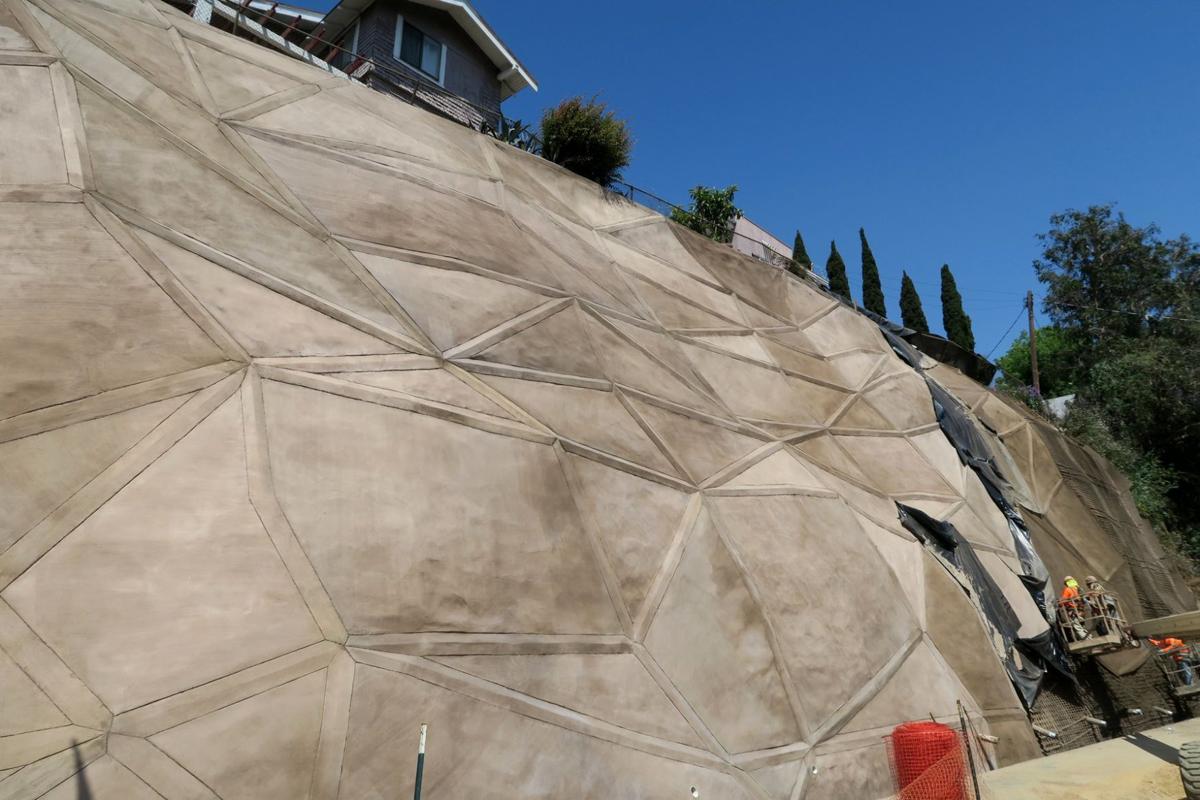 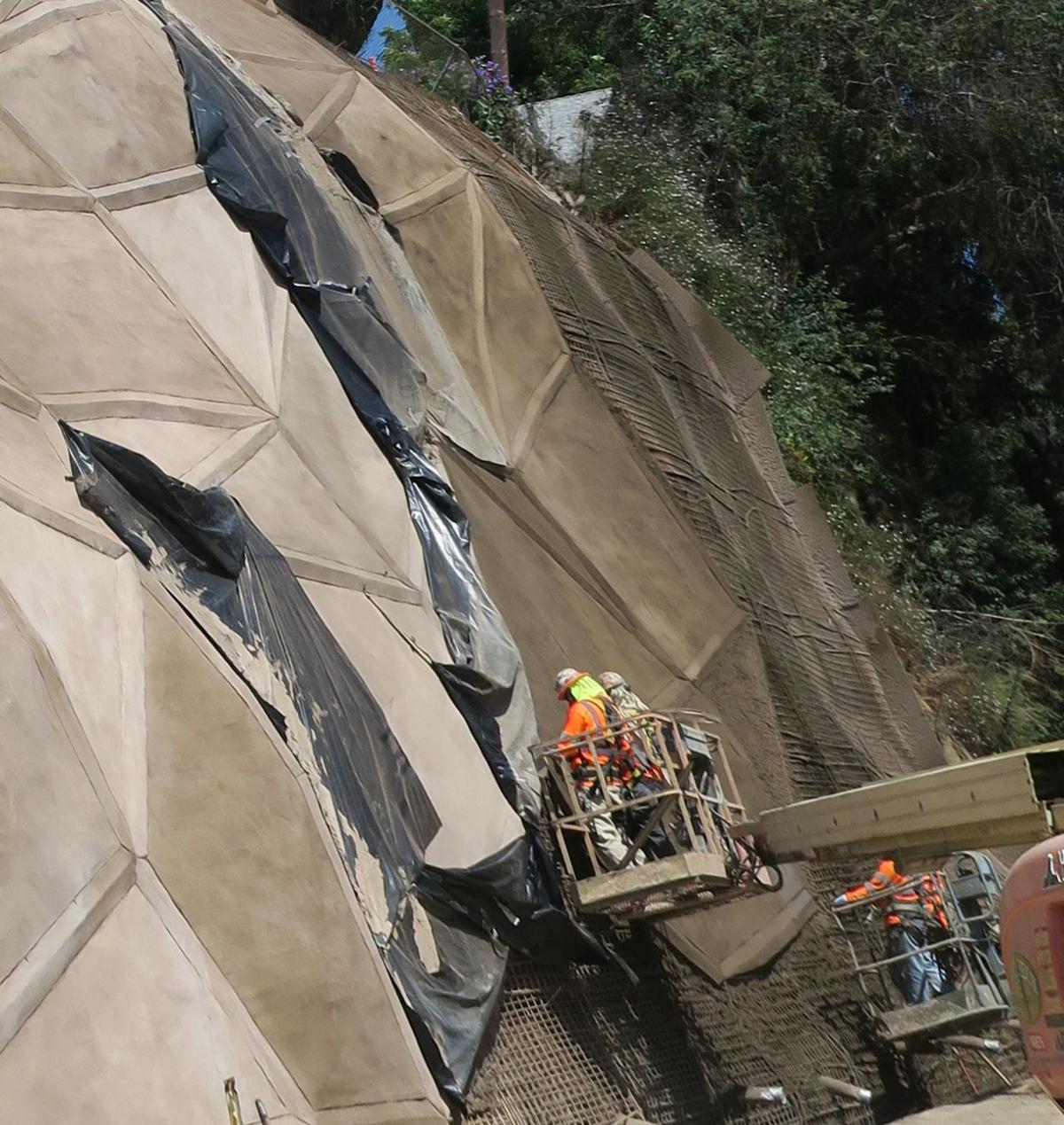 Echo Park -- E.C. Burlingame is the contractor credited with carving a channel through the hills of Echo Park and Silver Lake in the 1880s  to make room for what eventually would become Sunset Boulevard.

But Burlingame has also been blamed for creating some of the steep and unstable sandstone slopes that have crumbled and tumbled onto Sunset in big chunks and small pieces over the decades.

Now, crews are working to complete a $1.74 million retaining wall to help stabilize one of the most troublesome of those steep slopes on the border of Echo Park and Silver Lake between Coronado Terrace and Waterloo Street. The slope has been the site of numerous slides, big and small, over the years.

The structure itself is called a "soil nail retaining wall," which refers to a technique in which thin reinforcing elements – rebar, for example – are inserted into a slope to keep it stable. A thin layer of concrete is then sprayed over the rebar.

Unlike a typical flat retaining wall, the new wall now rising on Sunset features geometric sections that undulate across the north side of the street.  The whole thing has been painted a shade that appears to resemble the sandstone slopes. Eventually, vines and other greenery will be planted in pockets along the 35-foot-high wall.

The retaining wall is expected to be completed by August or September. However, the long-term plan is to build another retaining wall across the street where the steep slope has also been crumbling into the street and sidewalk, according to the Bureau of Engineering.

The work done on this retaining wall looks great. Unfortunately, as expected, it has been tagged. Such useless a**holes. No respect. No class. Jerks.

All Signs Point to Multi-Family Homes in Eagle Rock