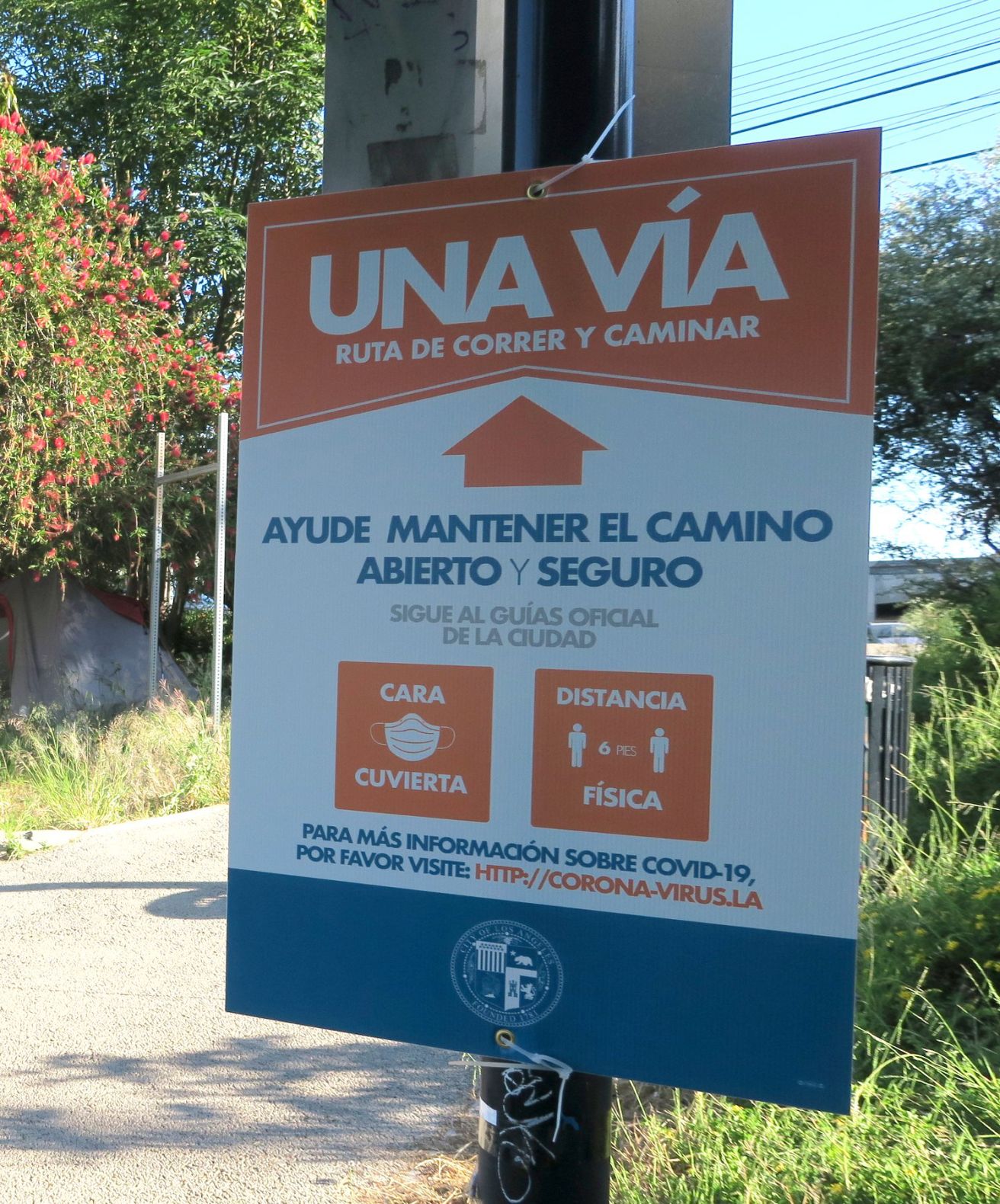 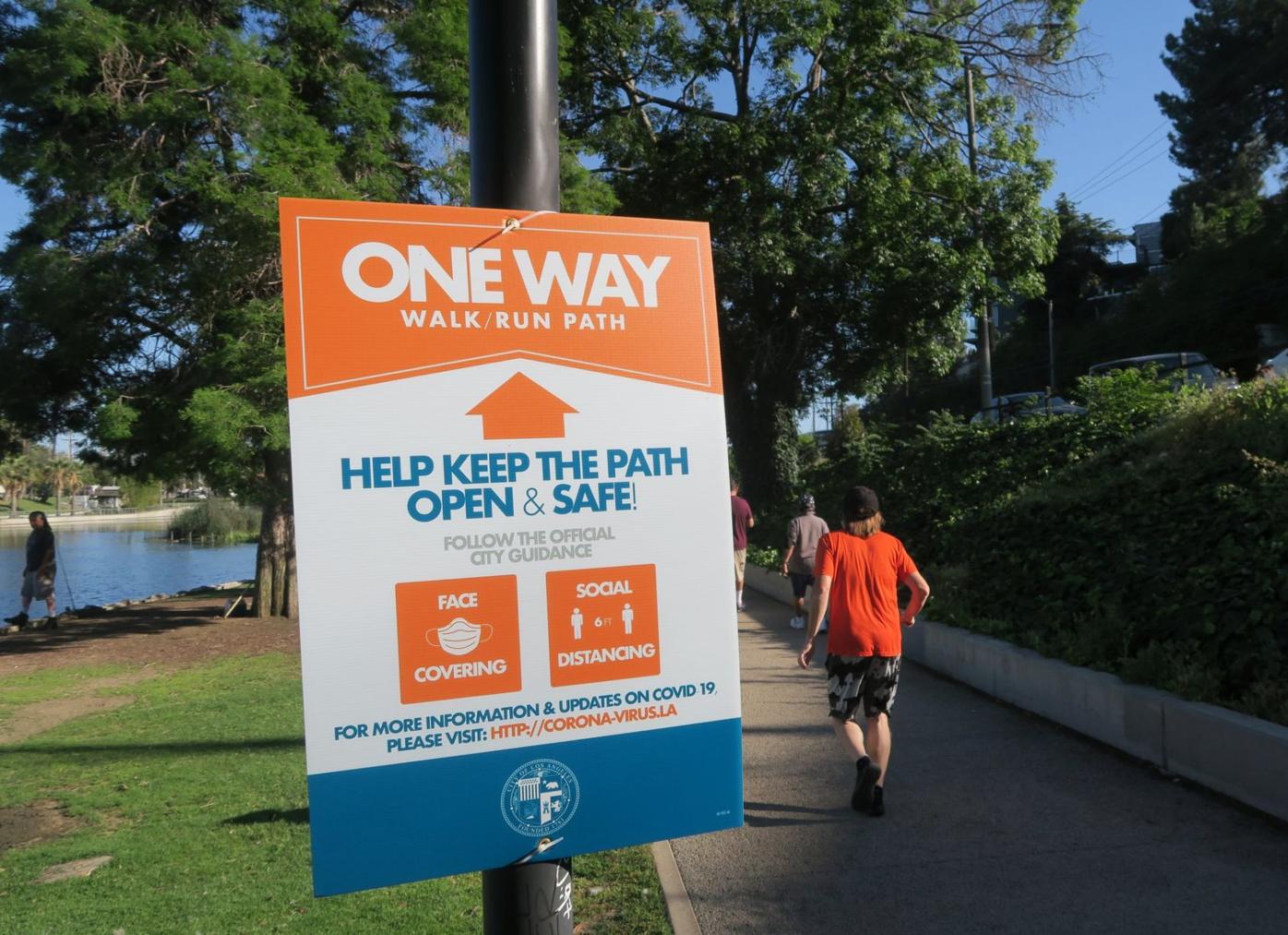 Walkers need to travel counterclockwise around the lake.

Echo Park - One-way signs have been installed along the walkways circling Echo Park Lake, part of an effort to reduce the spread of COVID-19, said Councilman Mitch O'Farrell.

The new signs are similar to those that have already been been in place around the Silver Lake Reservoir. O’Farrell indicated these social distancing measures are being implemented because the paths could otherwise become closed to the public as a health risk.

How well will these signs work at Echo Park Lake? If the reservoir is any example, it’s bound to have some effect, albeit imperfectly. O’Farrell said the results at the reservoir have been largely positive.

"So far, so good. People seem to be following that - for the most part," O’Farrell said during a Q&A with The Eastsider on Monday. "We still get some complaints."

An Eastsider reader reported seeing runners along the reservoir who are not wearing protective masks, keeping social distance, or following the one way path direction.

O’Farrell noted that, if there are enough compliance failures like this, the trail could be shut down, just like the hiking trails at Elysian Park and Griffith Park.

Enforcing the one-way direction, however, comes down mainly to peer pressure, O’Farrell said in the context of discussing Silver Lake.

"It’s up to all of us to give friendly reminders to folks that we observe may not be following or may not see the signs," he said.

This is completely ridiculous considering how many homeless people are camped out around the lake who are not social distancing nor wearing masks.

Give me a break ! I saw large groups of entitled newbie echo park colonizers pic nic ing in large groups and not wearing masks ! its not just the homeless ! its the entittled " im healthy " morons jogging around huffing and puffing on everyone as they run by ! they need to just shut it down !