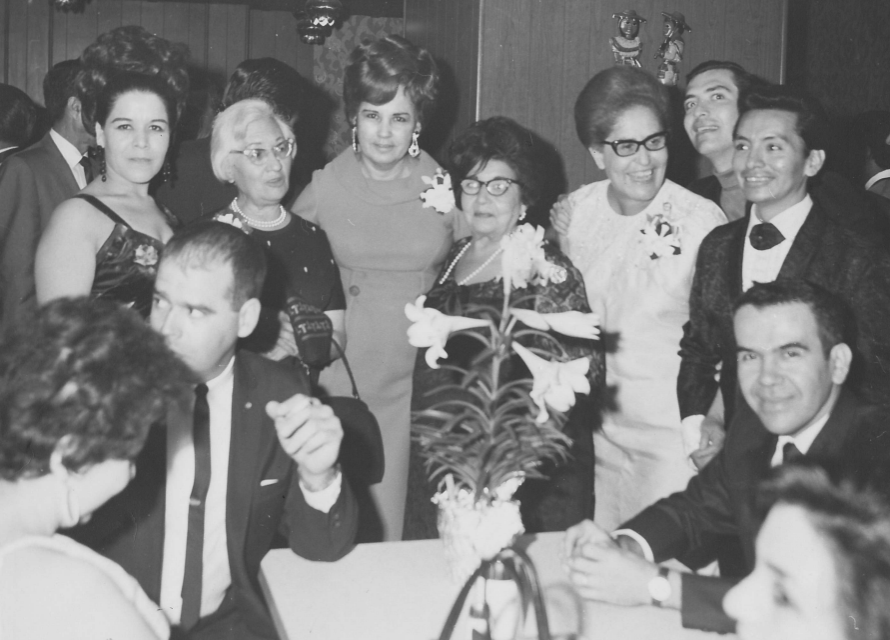 Regular customers and employees celebrate the reopening of El Nayarit in 1967 after a fire. 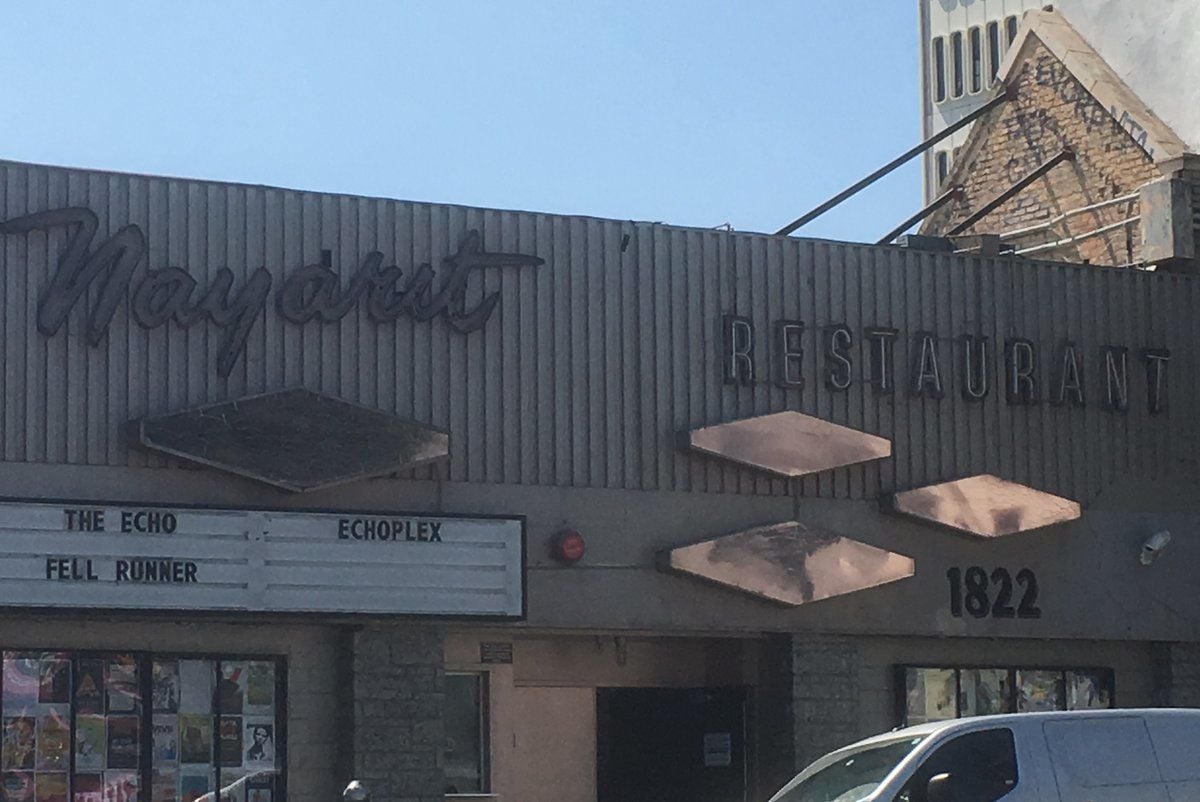 A "Nayarit Restaurant" sign remains in place over the building that now houses The Echo nightclub.

Echo Park -- Decades before The Echo nightclub turned Echo Park into an indie music hot spot, a Mexican restaurant known as El Nayarit occupied the same Sunset Boulevard storefront, serving up Mexican-American favorites and acting as a social hub for many Mexican and Latino immigrants.

After owner Natalia Barraza operated the original El Nayarit for several years near Boyle Heights, she took a big step by opening a larger, 70-seat version of her restaurant in Echo Park in 1951. After a slow start, the Echo Park restaurant attracted a loyal clientele that included a mix of working-class Mexicans as well as actors, musicians and other celebrities.

On Thursday, the legacy of El Nayarit will be the focus of a presentation by USC professor Natalia Molina on ethnic placemakers and placemaking in Los Angeles. The presentation is personal for Molina: Barraza was her grandmother and her mother also worked at El Nayarit.

"El Nayarit was where working people came to assume—or in some cases create—their full identities, ones that went beyond who they were as laborers," Molina says in an article about her grandmother's restaurant. "A busboy wasn’t a laborer here; he was the fellow with the great voice who sang with a trio; a waitress from another restaurant became a new woman, transformed as she replaced her uniform with a beautiful dress."

A few years after Barraza died, her daughter sold the restaurant in the mid-1970s to Cuban owners who kept the Nayarit name, said Molina, who is named after her grandmother.

The new Nayarit operated for more than 20 years until the building was sold to concert promoter Mitchell Frank, who opened The Echo nightclub on the site in 2001.

Molina, a professor of American Studies & Ethnicity who is writing a book on El Nayarit, says some restaurants are more than just places to eat. Some become public spaces that, as in the case of El Nayarit, played a role in defining the surrounding neighborhood, Molina argues. But for many years now, the "ethnic space" that El Nayarit helped create in Echo Park has shrunk in the face of development and gentrification.

While it has been more than 40 years since El Nayarit closed, Molina says her grandmother's business still serves as a good example of how restaurants can "serve as social spaces that shape the neighborhoods in which they are located" and "empower those who inhabit the surrounding area."

Plática: The Placemakers and Placemaking: The Story of a Los Angeles Community

my wife’s grandfather tells a great story of two boxers, the original golden boy art aragon from boyle heights and lauro salas from mexico getting into quite a scrap at el nayarit. So much history. Thanks for the story Jesus