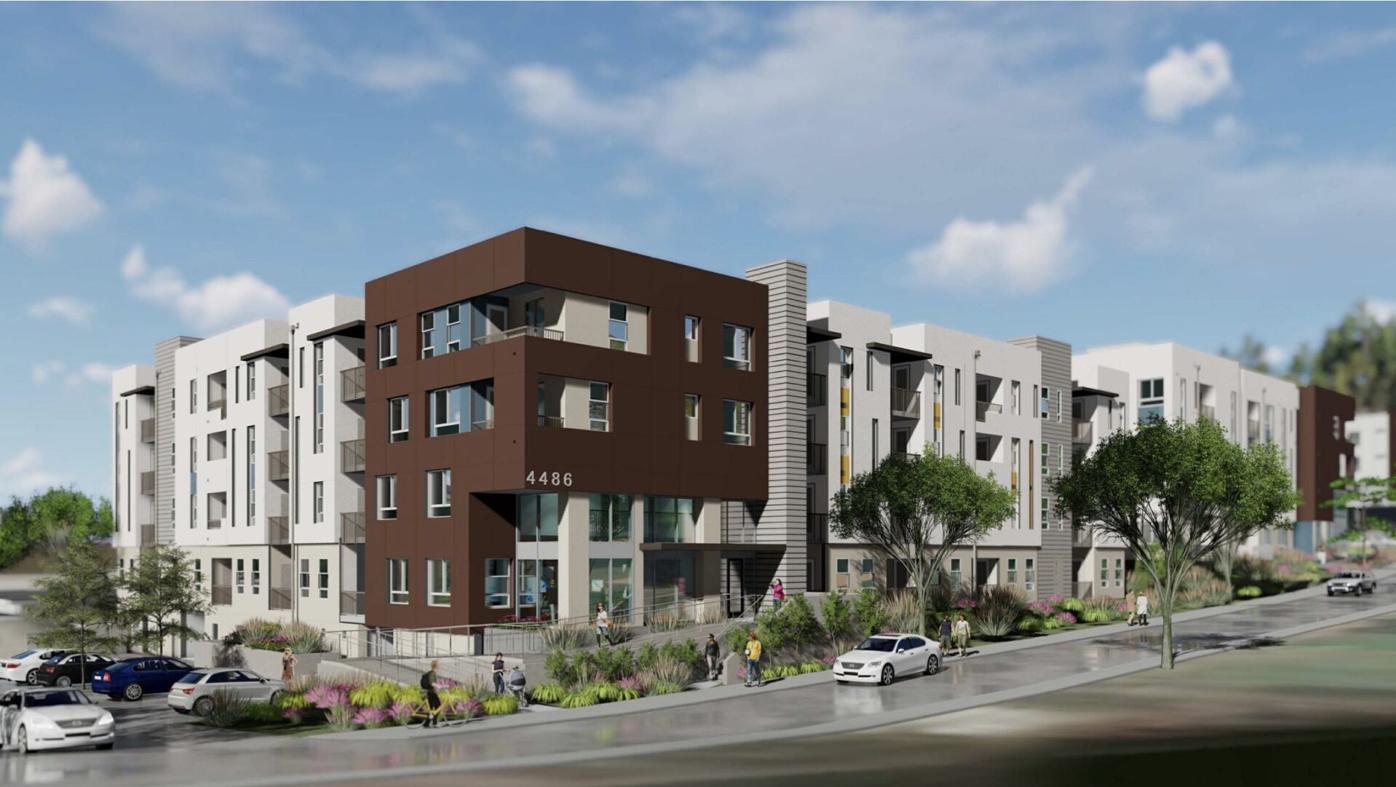 Rendering of new public housing, to be constructed at the corner of Florizel Street and McKenzie Avenue. 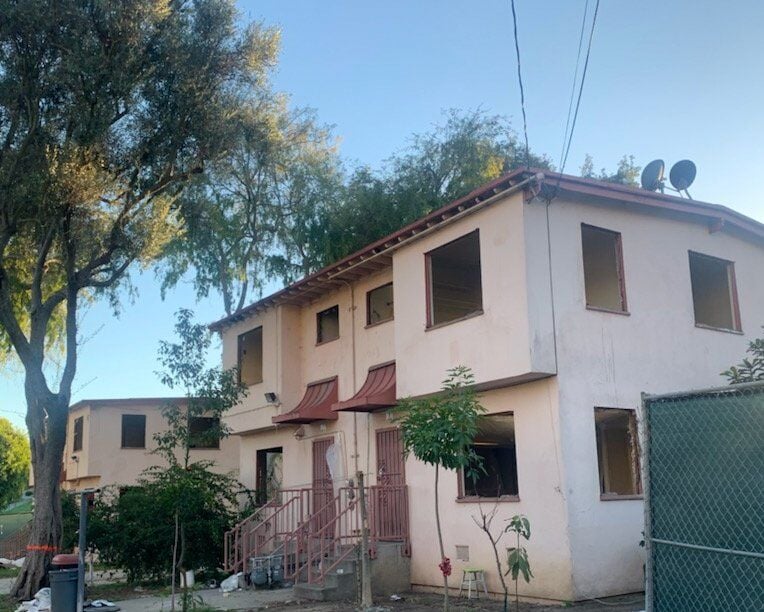 The city will then begin replacing the 100 dilapidated units with 185 new residences - including 183 affordable units, and two market-rate managers' homes.

“Since these buildings were built in the early 1940s, the buildings are first being abated for lead and asbestos,” said Dhiraj Narayan, a development officer with the Housing Authority for the City of Los Angeles. The abatement work began in early February.

Once those hazardous materials are dealt with, the 6 one- and two-story buildings and the Administrative building currently on the northeast portion of the Florizel Street site will be demolished. That’s expected to be completed by the end of March.

All the residents have been relocated, Narayan said.

Since some of units in the Phase I footprint of Rose Hill Courts were already uninhabitable anyway because of termite damage, Narayan said the displaced residents consisted of only 13 families. All of them will have the right to move back to the Florizel site once the new residential units are completed.

The building is being replaced in two phases. Phase I will involve constructing 89 units at the corner of Florizel Street and McKenzie Avenue. This should be enough residences to accommodate all the existing residents, Narayan said. The state has invested a total of $15.5 million in this part of the redevelopment, and construction here is expected to finish in early 2023.

Phase II will spread out to Boundary and Mercury Avenues. It will also consist of affordable family housing, with 95 regular Section 8 units and a manager unit. But the timeline here is less certain, since Narayan said it depends on relocating residents who now live in the footprint of the Phase II construction site.

The current Rose Hill Courts - one of the oldest public housing complexes in the city - was completed in June 1942, and became available to defense workers later that year, according to Rose Hills’ web site.

It became public housing after the war.