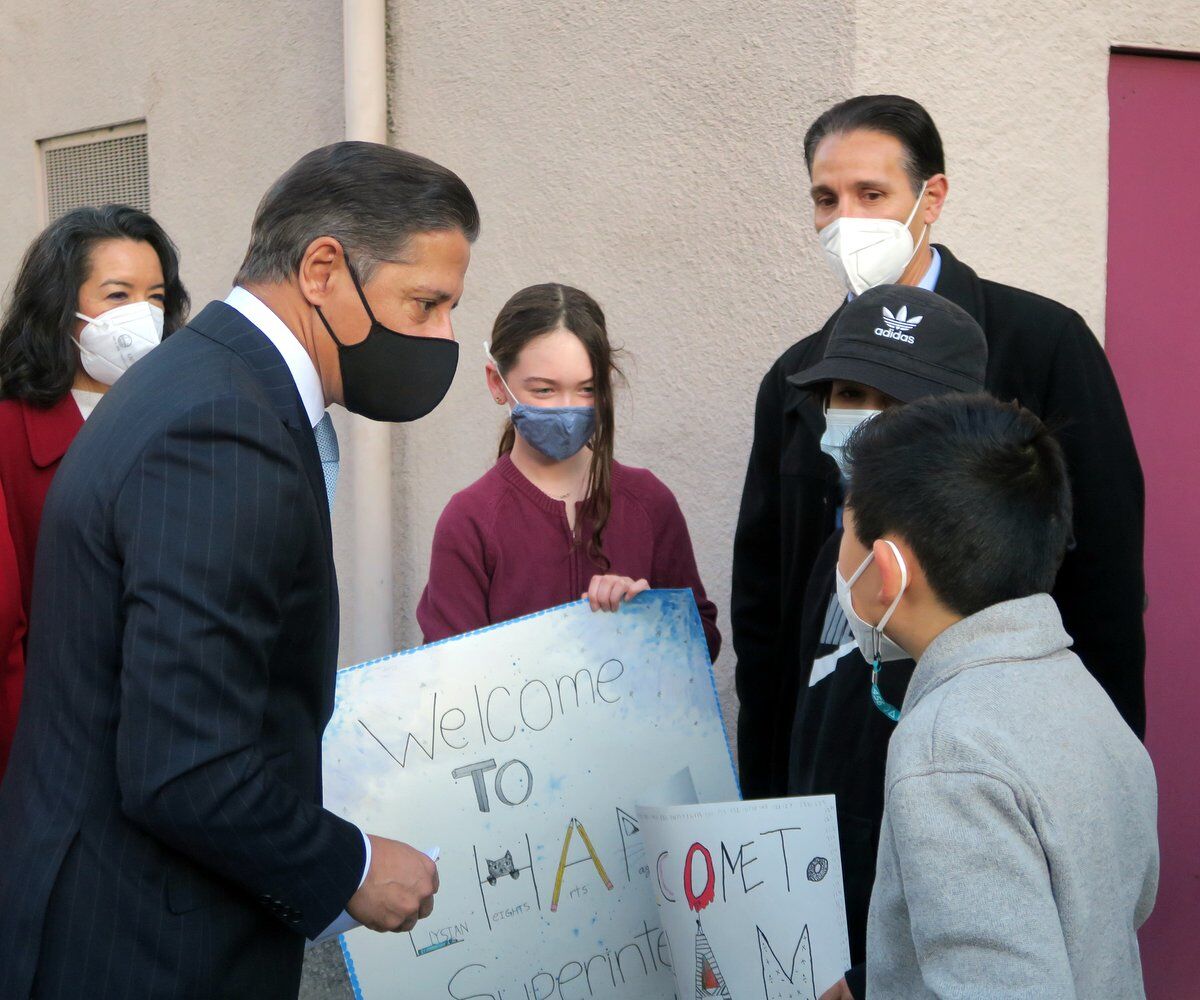 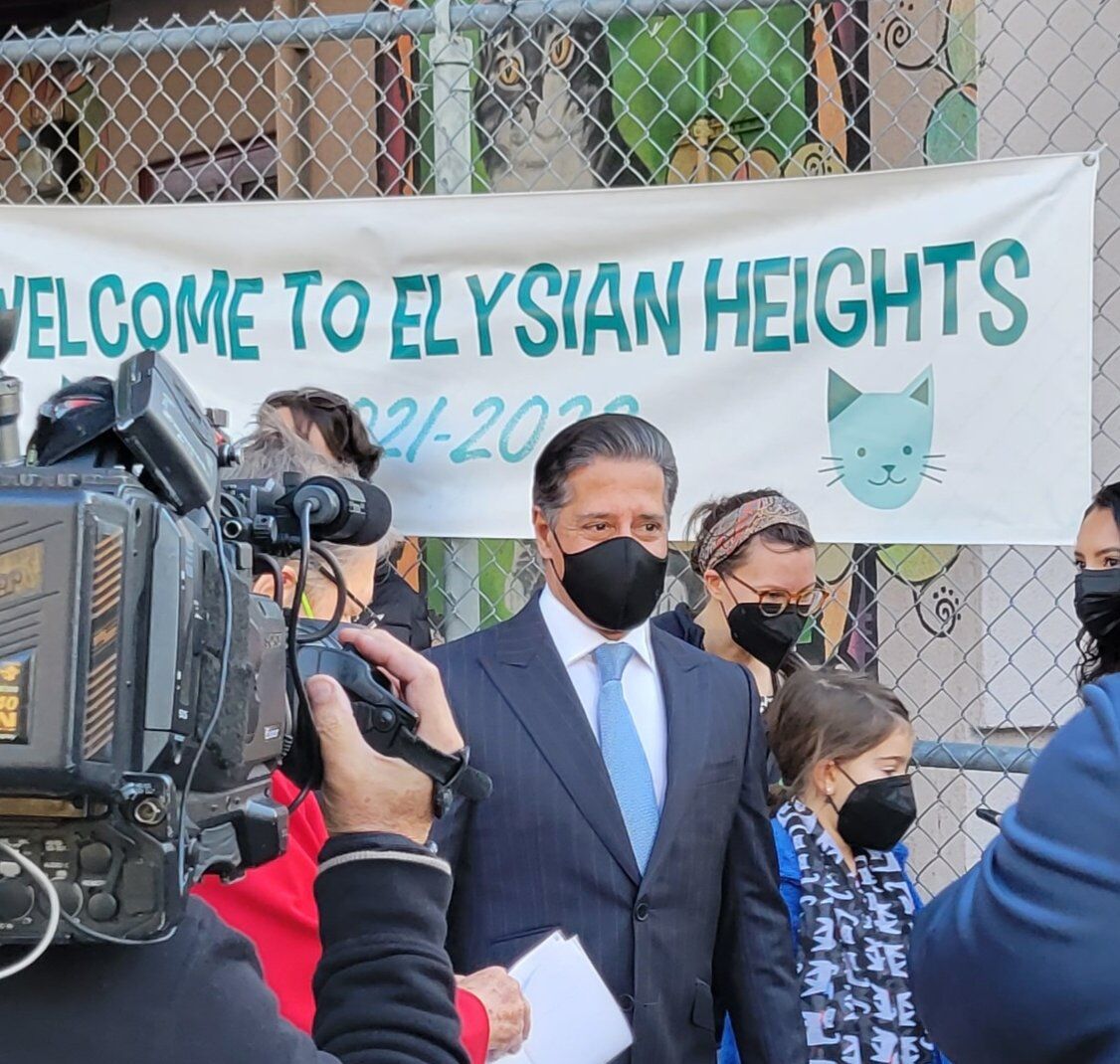 Elysian Heights -- Incoming LAUSD superintendent visited with administrators, staff and students at a neighborhood school this morning, saying there is no end in sight to the difficulties COVID-19 will present for the district and students.

"I'm one who believes in science, and we recognize that probably COVID-19 is here to stay," Alberto M. Carvalho said during his visit to Elysian Heights Arts Magnet School.

Carvalho is not scheduled to take over as superintendent until March, but made the visit today to get a first-hand look at how the district is managing during the first week of instruction amid a countywide surge in COVID- 19 infections.

LAUSD officials mandated COVID testing for all students and staff before they were permitted to return to campuses this week. According to figures released by the district Thursday, 13.3% of district employees have tested positive for the virus ahead of the start of classes, and 15.6% of students.

District officials have touted that the overall rates are lower than the county at large, where the current positivity rate is about 20%.

But the positive tests are having an impact on student attendance. During the first few days of classes, preliminary attendance figures show a roughly 33.2% absentee rate among students, according to the district.

The virus has also led to some staffing issues, most notably among bus drivers. According to the district, 361 bus routes this week had to be covered by supervisors, trainers and other drivers.

About 2,000 teaching slots were covered by certified substitutes, according to the district.

Carvalho said he supports the measures implemented by the district thus far to cope with the pandemic, but acknowledges there is more work to be done to ensure students don't fall farther behing.

Carvalho said the district will have to be "nimble" in responding to the ever-changing conditions presented by the pandemic.

But overall, Carvalho said he enjoyed his first formal visit to a district campus, even though he hasn't officially begun his new job.

"I am so happy that on the very first day I was able to connect with students, who are the reason I'm here," he said.

Carvalho has been the superintendent of Miami-Dade County Public Schools since 2008.