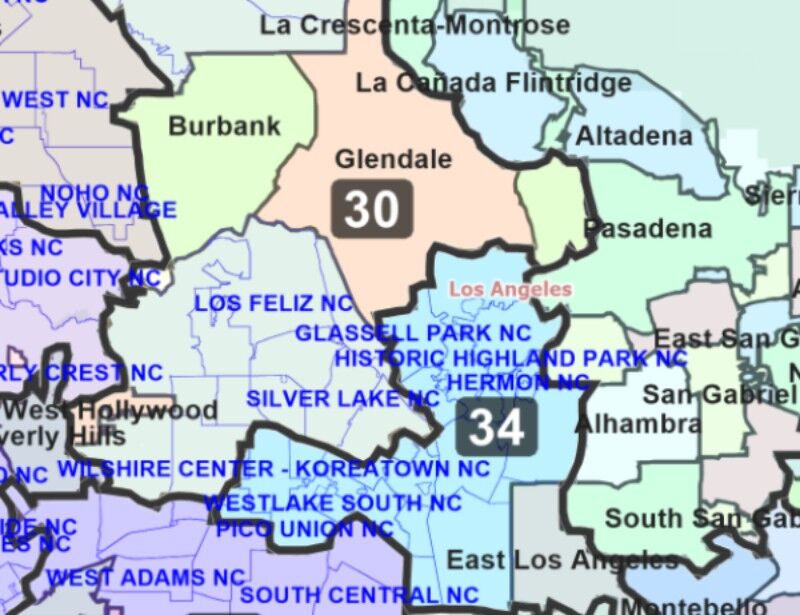 Eagle Rock would remain entirely with the 34th Congressional District. Meanwhile, Elysian Valley would be divided between the 34th and 30th districts. 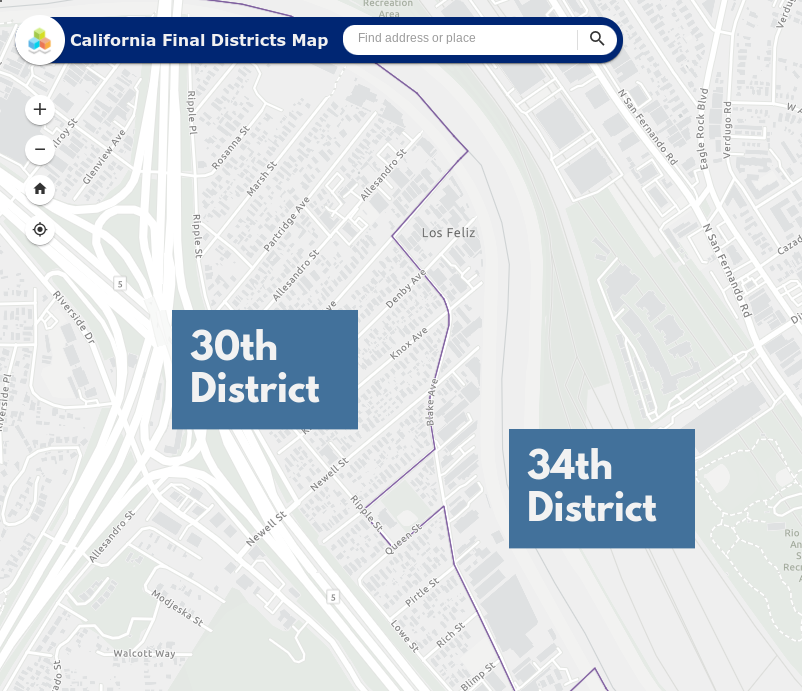 How the north end of Elysian Valley will be divided between the two districts. 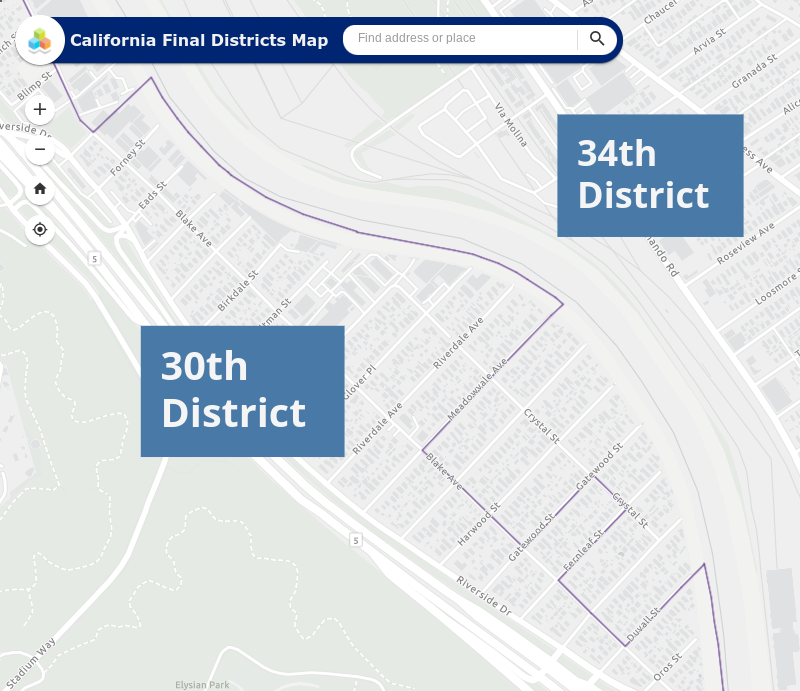 How the south end of Elysian Valley will be divided between two congressional districts.

But the changes, part of a process conducted after every census, have not made everyone happy.

In Eagle Rock, activists mobilized after preliminary maps divided the neighborhood between two congressional districts. They succeeded in having the maps redrawn to keep all of Eagle Rock within the  34th Congressional District represented by Jimmy Gomez.

"Instead of arbitrary lines running down city blocks, the new district respects the municipal border with Glendale," said The East Area Progressive Democrats."We also won reconnection of other adjacent neighborhoods into one Northeast L.A. district."

But the new boundaries of the 34th District were shifted across the L.A. River to include sections of Elysian Valley. That neighborhood had long been represented by Adam Schiff of the 28th Congressional District.

Having their neighborhood split between two congressional districts surprised and angered some Elysian Valley community leaders.

Steve Appleton said the new map puts most of the neighborhood's commercial areas, roughly between Blake Street and the river path, and the neighborhood recreation center in Gomez' district. Schiff of the new 30th Congressional District would represent the remaining, primarily residential areas.

While the commissioners already approved the final maps, Appleton and others are not giving up. They plan to present their side during the commission's last meeting on Sunday morning in a long-shot effort.