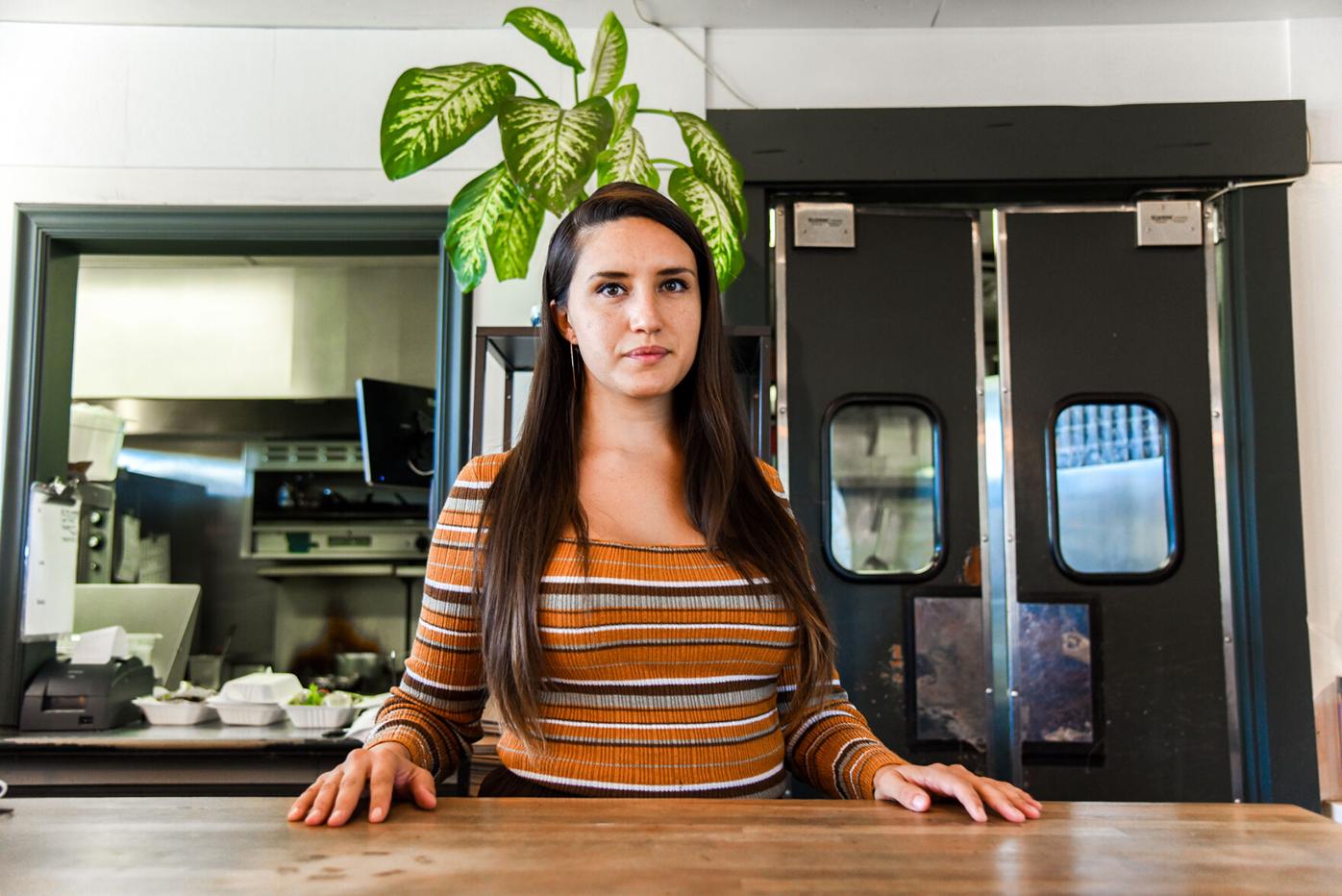 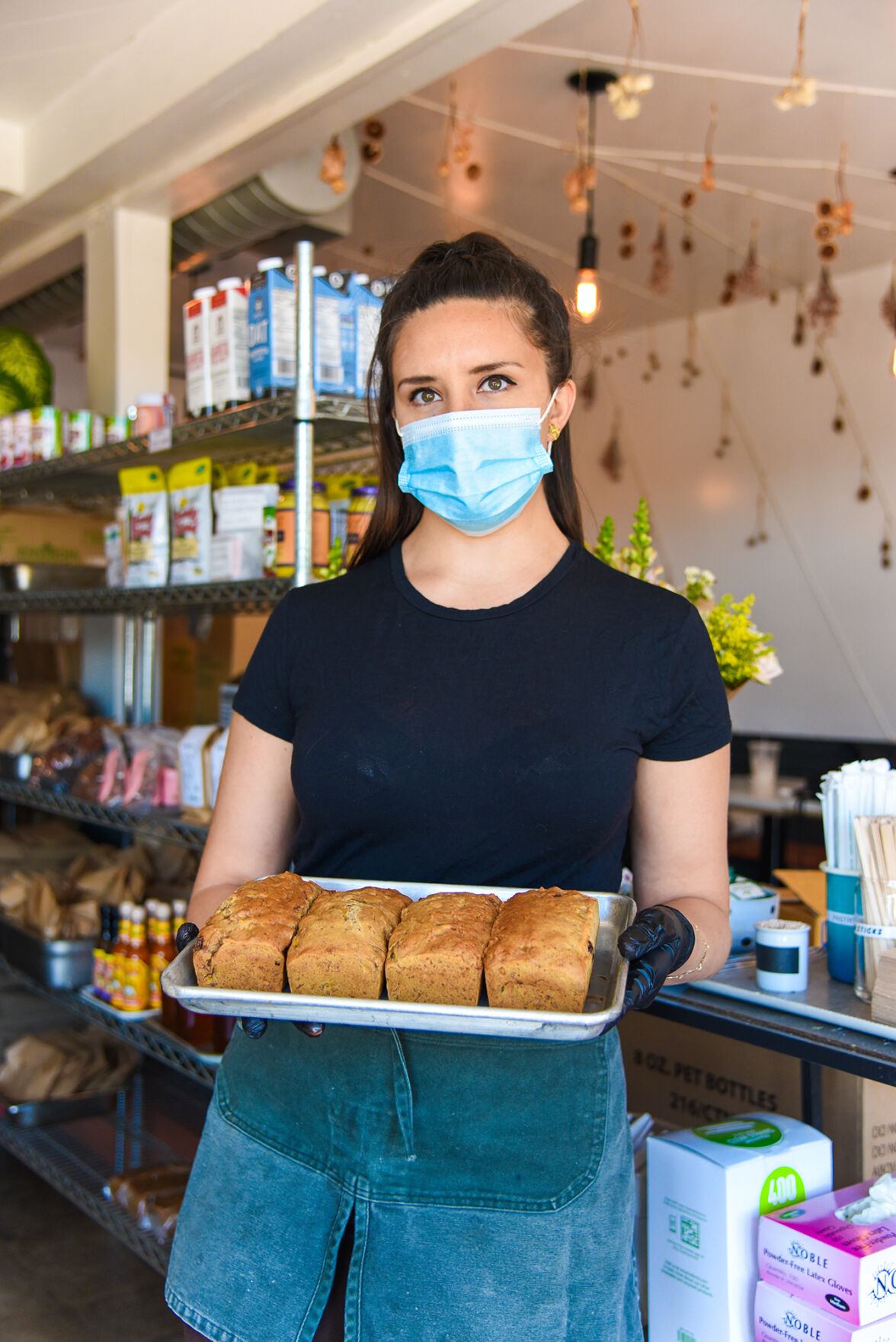 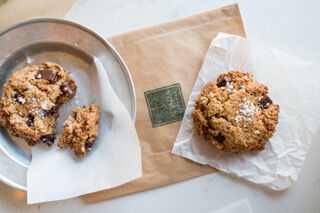 Neighborhood Flavor profiles the people behind the familiar restaurants, bars and food businesses of the Eastside

Garvanza -- Paola Guasp founded Amara Kitchen at a time where there weren't many restaurants serving options for special diets like gluten-free, vegan, or paleo. She discovered her love for food at a young age, making her own meals at home while her mother worked late at a restaurant. But it was working as a nanny where she experimented the most with different super foods and a focus on health conscious cuisine that you will find today on her menu. Now, Guasp is planning to open her second restaurant in Altadena in early February.

In a Q&A, Paola Guasp shares her experience running the business.

What did you do before you opened Amara Kitchen?

I worked as a server for most of my 20s.

When I decided to go to college, I started [working as a nanny] instead of serving because it's just more compatible lifestyle-wise. During that same time I became really interested in health, because I was experiencing health problems and I explored food as medicine and food as the root of ailments.

So I started cooking for myself more because, especially in the early 2000s, it's not like what it is now where everybody kind of has a health-conscious spin on their menu.

What's Amara Kitchen's story? How did it start?

The opportunity came for the space in Highland Park [my friend and I] were able to afford. We had to buyout the existing business. I had money saved from being a live-in since I wasn't paying rent and she lived right up the street, so we just signed the lease, bought the business out. The old business owners are amazing. They actually let us make payments because we didn't have the money to buy the space.

A friend of ours was like, "Hey, you know, there's a lot of money to be made in catering." So we started picking up production catering photo-shoots and through that were able to pay back the old business owners. We got a few small loans from friends and families and just slowly but surely.

The truth is, when we first got the space, we were just kind of like, ok, this is affordable rent, no matter what, like, even if I had to pick up nanny jobs on the side -- which I did for the first two years -- we can make the rent and just kind of see what happens.

Catering started really taking off, so we went down that avenue. And then we were able to save enough money to build out a little bit of a counter and you know get a little used coffeemaker and we were able to open the cafe seven months later in February.

In 2018, I actually bought out my business partner. So I'm currently just the sole owner.

Why the name Amara Kitchen?

It's just Amara without the "s" which means eternal. My old business partner picked it out. She had opened up a corporation name, like, even years before we had any kind of concepts. She just liked the name from because it means, it means eternal never dying never fleeting.

What is the best part of owning your own business?

I feel like since I've taken over I've been more interested in a lot of community projects and things of that nature. Feel inspiring and make it feel still purposeful for me to continue in food. Using that kind of as a gateway to be able to nurture and help people in my community or just basically honestly anybody.

When we first opened, and we were just a mess. It was me and this girl I hired who really helped us open. We were working on the line, which was a new concept to me because I had never worked in a commercial kitchen. We were down to our last bin of salad, and there was a line out the door, which we didn't expect because we had just opened. I went to lean on the counter and as I did the salad greens that we needed just went flying up in the air and all over the floor. It was just like, Oh god, what do we do. It's funny because literally, two seconds later an employee came in with more greens that we had to run to  the local store to grab. The timing of it was just the epitome of how it felt to open a restaurant.

What is the most challenging part of running Amara Kitchen?

I feel like buying my business partner was definitely emotionally challenging. In the restaurant industry, everyday is a challenge. Especially now, during COVID.

It's like every day is like a little bit of a crisis mode. So the challenge is just being in the restaurant industry. There's so many variables including pieces that you always have to keep going at the same time.

How have you adapted to the pandemic?

Right when it all started happening, I kind of had a sense -- I was like this isn't just going to be two weeks. We got an online store immediately. We switched to take-away and no contact, literally within 24 hours.

Luckily, I didn't have to fire anyone. Anybody who didn't feel comfortable, quit and everyone who did, stayed. We haven't closed -- knock on wood -- since the pandemic. We kind of went right into gear.  Got masks, blocked off the entrance so people couldn't fully come in.

I just kind of felt like keeping people employed because a lot of my employees weren't sure if they'd be able to get unemployment. So keeping micro economies alive during this time felt really important to me.

It was probably the hardest I've ever worked since first opening it. I was here every day, open to close, just making sure everything was running smoothly and safely. It's not just the people I employ, but also the farmers, the lady who delivers my avocados, and even like the linen guy. He's like, you guys are literally only one of the four restaurants on my route. It keeps people employed and that's all important

What do you think has helped keep Amara open since 2013?

I think it's a lot of factors. One is I'm stubborn as fuck. I just won't go down (laughs). Also, luckily, unlike fine dining places, our food [is suitable for] to-go and that's really fortunate. There's amazing restaurants just closed because nobody wants to order a steak to-go. Like, that's not the vibe. Our rent isn't ridiculous. A lot of people pay an absurd amount of rent for their retail spaces in L.A., especially. I mean if your rent is $8,000, that's a fixed debt. You can't really go around that. I can cut employee costs, manage my sourcing of items and dry goods. I have more control that way.

What is your favorite item on your menu?

We have cookies that are, like, amazing. Anybody associated [with] Amara, they always talk about our chocolate chip cookie. And then as far as like savory, we have a gluten free burrito that's really nice. It's like weird but good. The tortilla is not traditional. It's actually psyllium husk flaxseed and brown rice. It kind of almost tastes like an empanada. It's doughier, we put cheese on it. So good.