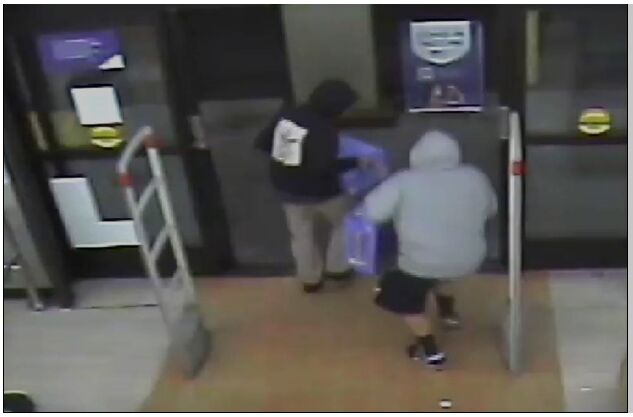 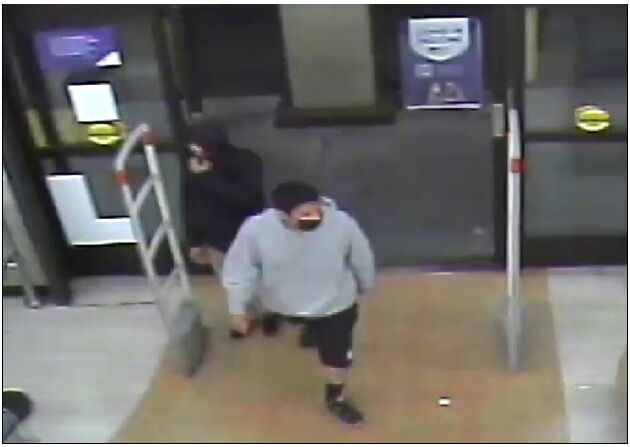 The shoplifting suspect in the gray gray hooded sweatshirt is believed to have allegedly shot and killed Rite Aid employee Miguel Penaloza, said the LAPD. 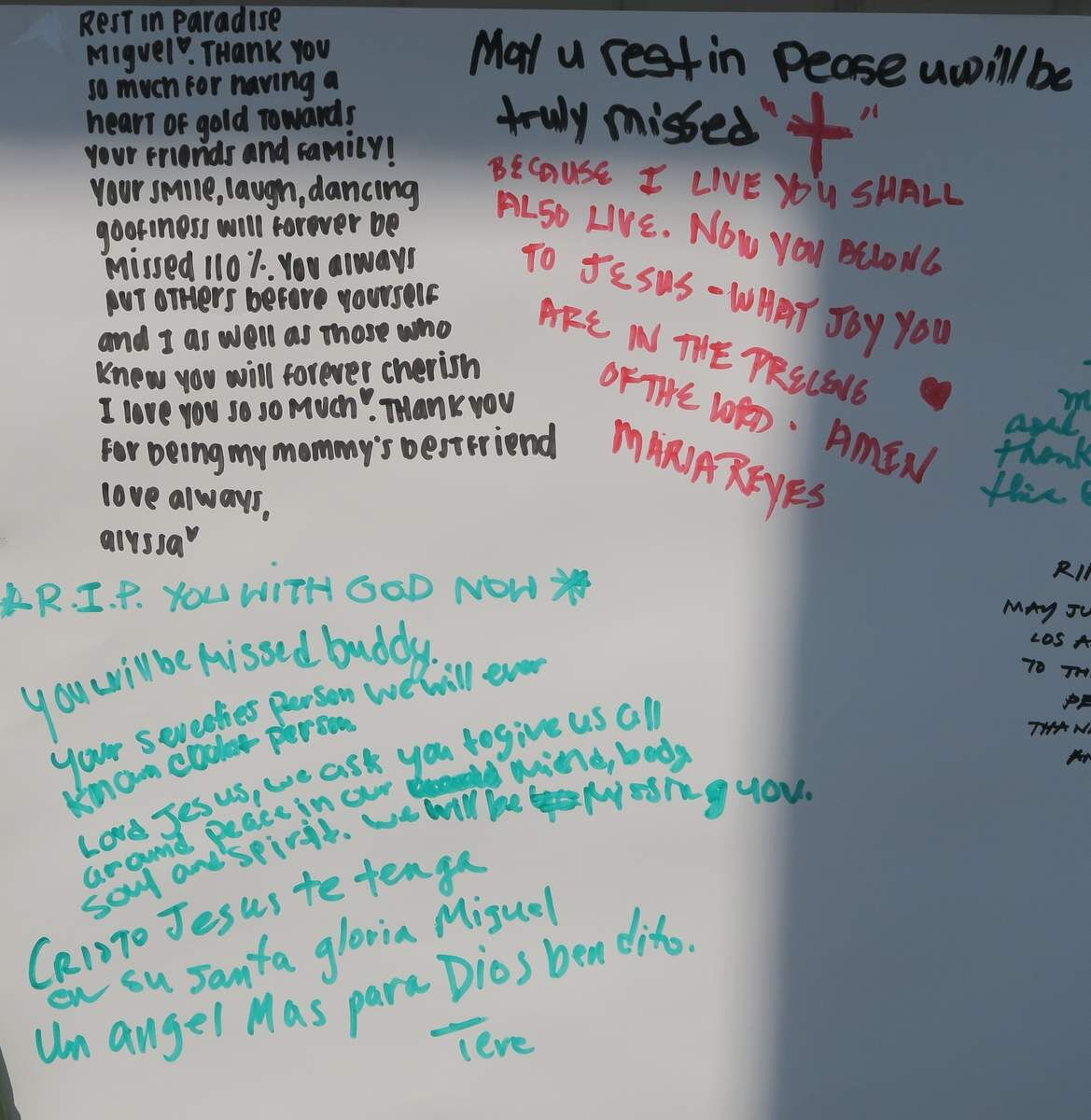 Tributes to Miguel Penaloza written on a whiteboard by the store entrance. 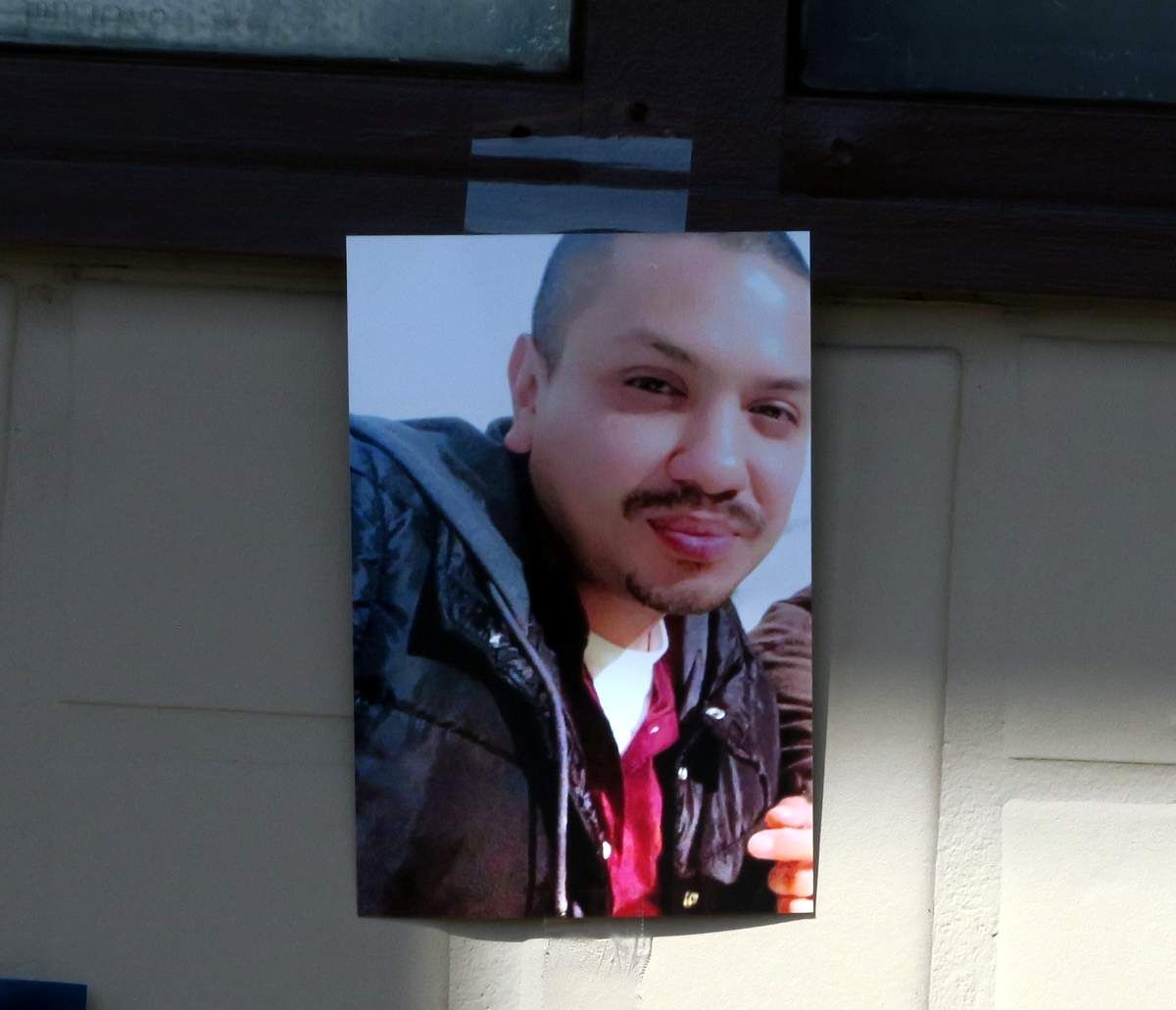 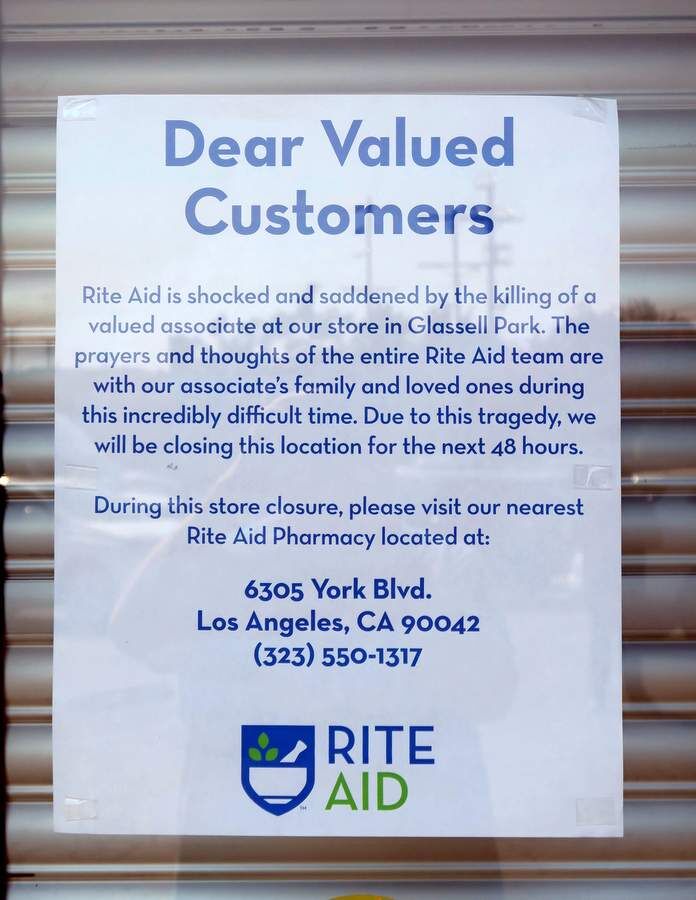 A note to customer said the Glassell Park Rite Aid would be closed for 48 hours. 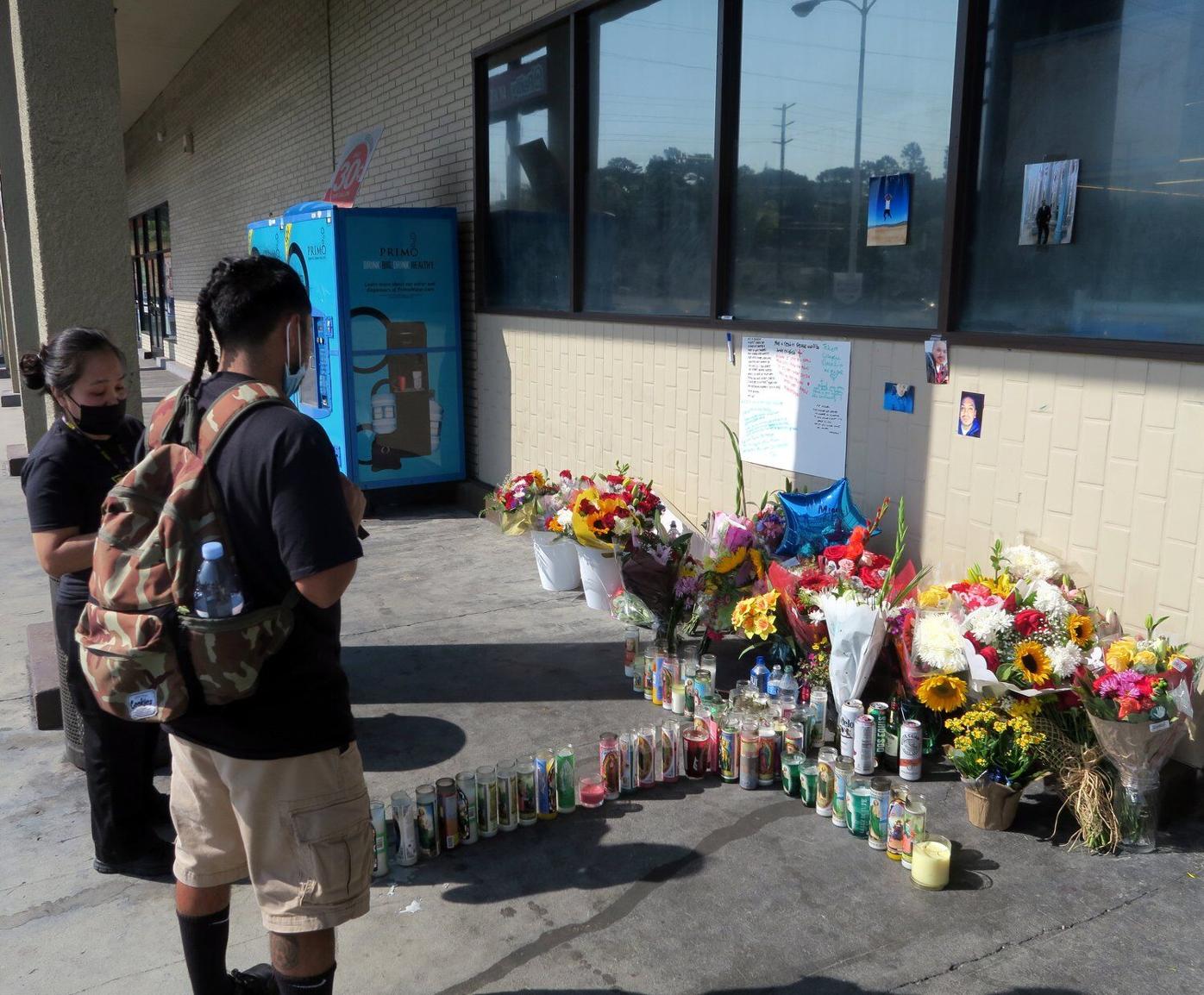 Glassell Park - Police today released photos of the two suspected shoplifters who were allegedly involved in the deadly shooting of a store employee who confronted them over taking cases of beer without paying.

Here's a rundown of what police said happened on Thursday night at the Rite Aid in the 4000 block of Eagle Rock Boulevard:

Police are now asking the public to help find the suspects:

ABC7 saidPeñaloza's friends and family held an emotional vigil for him on Friday.

"I was the closing supervisor and we always had people coming in -- stealing liquor and beer, beer runs and, unfortunately, at times there was only two of us," David Cruz told the station.

Cruz told KTLA5 that Penaloza had just submitted his notice of resignation.

The store was closed on Saturday, but a memorial of flowers, candles and other items by the shuttered entrance attracted those who came to pay their respects.

A union representing Rite Aid workers said the drug store chain did not provide adequate security despite death threats made at the Glassell Park store.

Kathy Finn, UFCW 770 secretary-treasurer, said the company told workers that more security would be added at the Glassell Park store in the future, but she lamented that it was too late to bring Penaloza back.

"Rite Aid is shocked and saddened by the killing of a valued associate at our store in Glassell Park," wrote Director of Public Relations for Rite Aid Chris Savarese. "The prayers and thoughts of the entire Rite Aid team are with our associate, his family and loved ones during this incredibly difficult time. Rite Aid will offer support to the associate and his family through our associate relief fund and is offering other associates at that location support and counseling. We are fully cooperating with law enforcement authorities in their investigation."

An online fundraiser has been set up for Peñaloza, who leaves behind a partner, mother, father, brother, sister and three nephews.