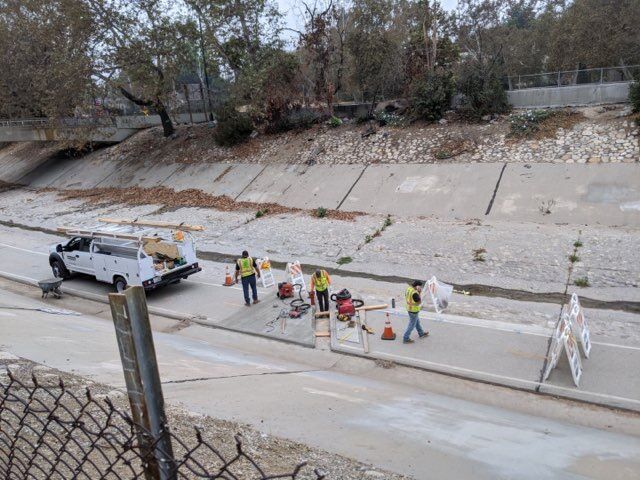 Hermon - The Arroyo Seco Bike Path had a few repairs recently - done so quickly that you may not have noticed.

A broken section of 113 square feet was replaced, which meant installing cover plates over the culvert, and sealing a couple of cracks, according to Martin Schlageter from StreetsLA in the Department of Public Works, which conducted the repairs.

Most of this took place over the course of two days about 200 feet north of the Ave 60 off-ramp for the northbound 110 Freeway - north of the dog park. They then went back a week later to secure cover plates over culvert locations along the entire bike path, replacing any missing or broken bolts, Schlageter said.

“By doing this before the rainy season starts, we can prevent damage to the adjacent concrete sections and avoid the cost of future repairs,” he said.

The work was in compliance with requirements to protect water quality in the Arroyo Seco and LA River.

When is the bike path being connected to the South Pasadena Arroyo bike path. They nearly touch now, but not quite. It's amazing how long it takes to connect 2 existing bike paths. Can you guys do some reporting on this?