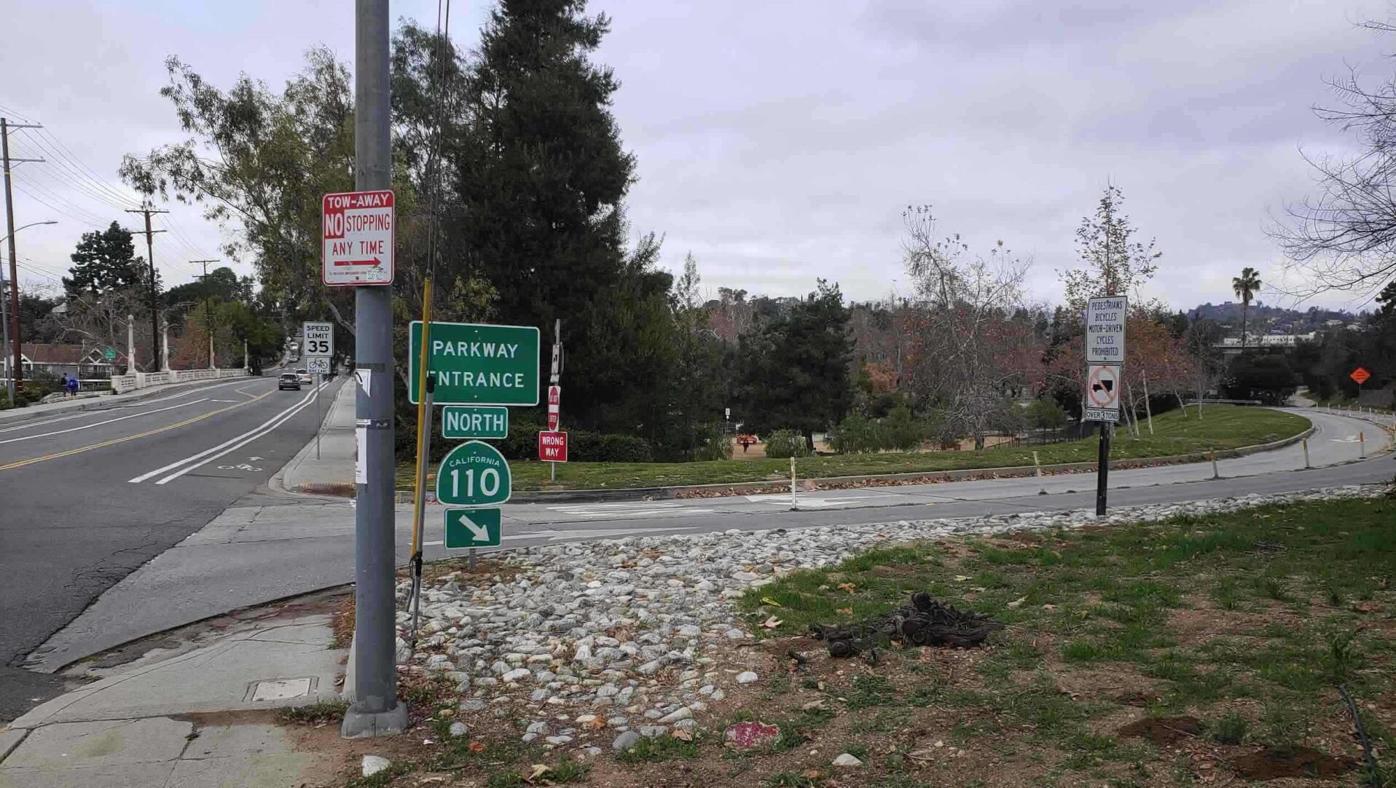 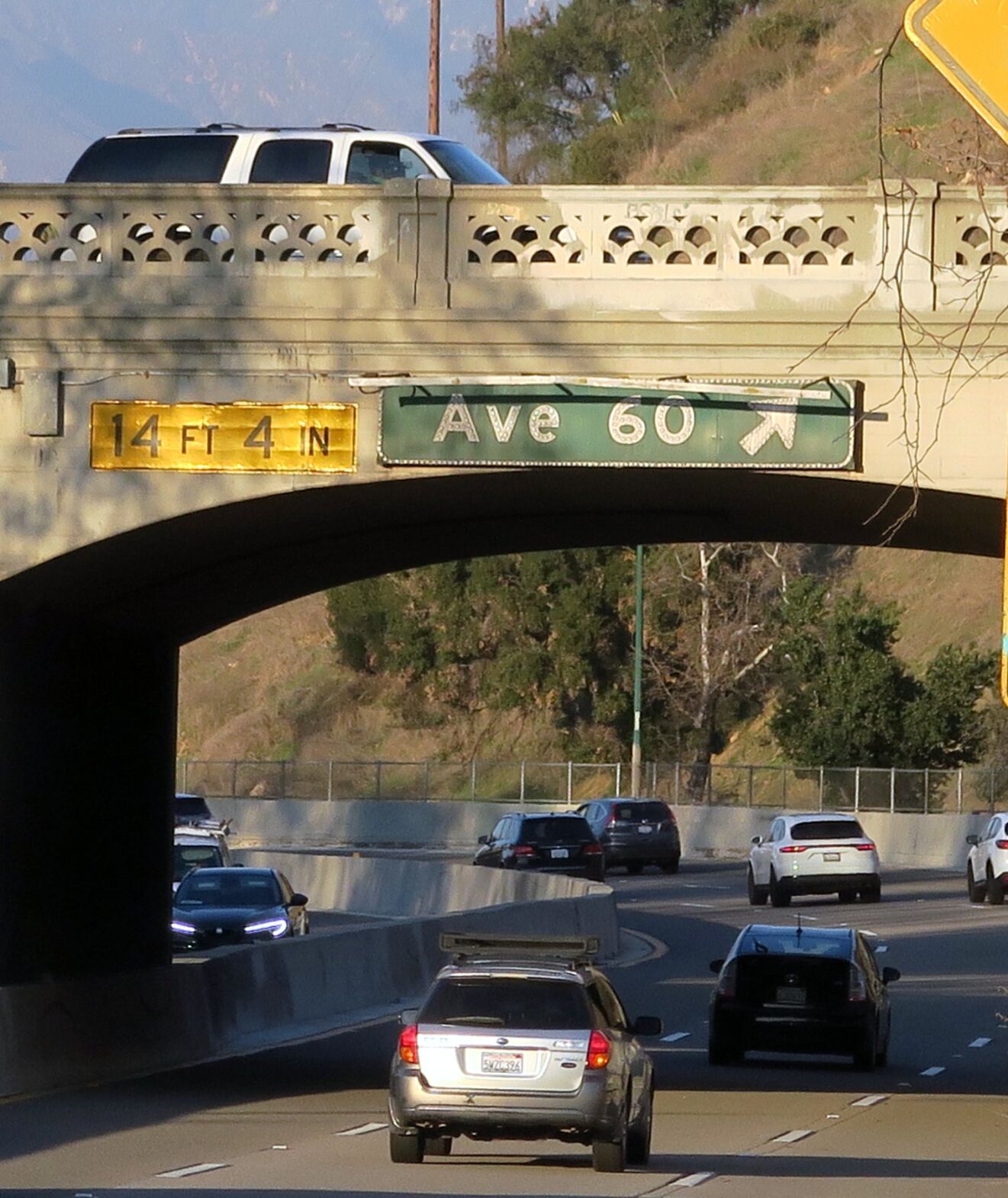 Hermon - The area near a 110 Freeway exit has become a particularly stubborn site of shootings - fatal as well as non-fatal - over the last year, police said.

At least two of these recent attacks seem to have been gang-related - and related to each other, according to Rick Stabile, the commanding officer of the LAPD’s Hollenbeck Division.

The center of trouble seems to be the northbound Avenue 60 exit, a scenic curve the wraps around the Hermon Dog Park near homeless encampments along the Arroyo Seco.

The string of shootings began a few streets away, on Marmion Way. On Oct. 1 of last year, a Latino man in his 30s was found shot to death in a vehicle at 6740 Marmion Way. Officers on patrol found him after hearing numerous gunshots at about 10 pm. He had been shot multiple times, and was pronounced dead at the scene.

The killing also inspired a memorial at the Ave. 60 exit - and from this, more problems followed, Stabile said. Not long afterwards, someone heading for the memorial was shot and wounded along the off-ramp. (The date and time of this incident could not be verified with the California Highway Patrol, which Stabile said is handling the investigation.)

After this non-fatal shooting, police asked representatives from the council office and the Gang Reduction & Youth Development program to take down the memorial. But by the end of December, a memorial had started to go back up again.

On Dec. 31 of last year, at about 1:30 p.m., 34-year-old Samuel James Gonzalez who had recently been in prison came to that revived memorial, got out of his car, and was executed, Stabile said.

A woman who said she had been married to the victim talked about it at a meeting of the Highland Park Neighborhood Council’s Public Safety Committee on Feb. 10. Identifying herself as Karen R., she asked authorities to install a camera near that scene.

“There’s just nothing there that can help me and my family or the other families with the murders that have happened there,” Karen R. said. “And even if I have to pay with my own money, is there any way that we can get a camera there, by that exit?”

Most recently, on Feb. 1 at around 8 p.m., at the same exit, a white male identified as 56-year-old Taz Buffington Rudd was killed. A Latino man was shot in the neck but survived, Stabile said.

Though the investigation is still in the early stages, the incident is classified as “transient-narcotics related,” said Stabile said.

While the Feb. 1 killing is not necessarily connected to gangs, Stabile said some confluence exists between gangs and encampment dwellers, some of whom have been suspected of being used for moving drugs

Before this recent string of shootings, the exit had already seen its share of problems.

A year ago, a 54-year-old man named Arnold Aguirre was fatally shot near the dog park. And in 2014, police who responded to reports of four or five gunshots found a 52-year-old Latino man lying dead in the dirt not far from that exit.

Sarah Flaherty, a field deputy for City Council District 14, outlined some of the built-in security challenges for the area.

“It inherently is just a challenging area when it comes to safety and visibility,” Flaherty said.

Stabile also said at the same meeting that officers have been deployed near the Ave. 60 exit in response to this pattern of problems.

34 year old Samuel James Gonzalez was NOT married. He was NEVER married.